Striking visuals can't save the day

The 2D platformer has become one of the hardest genres to stand out in. Unless you have a unique hook or come from an established creator, it can be tough to crack the public conscience. That's by no means a slam on something's quality, though, as plenty of solid releases have simply fallen through the cracks. As the first major release from Doublehit Games, the studio is probably hoping Eternal Hope can find a proper audience now that it has arrived on Xbox platforms. Like many titles before it, though, this is easier said than done. 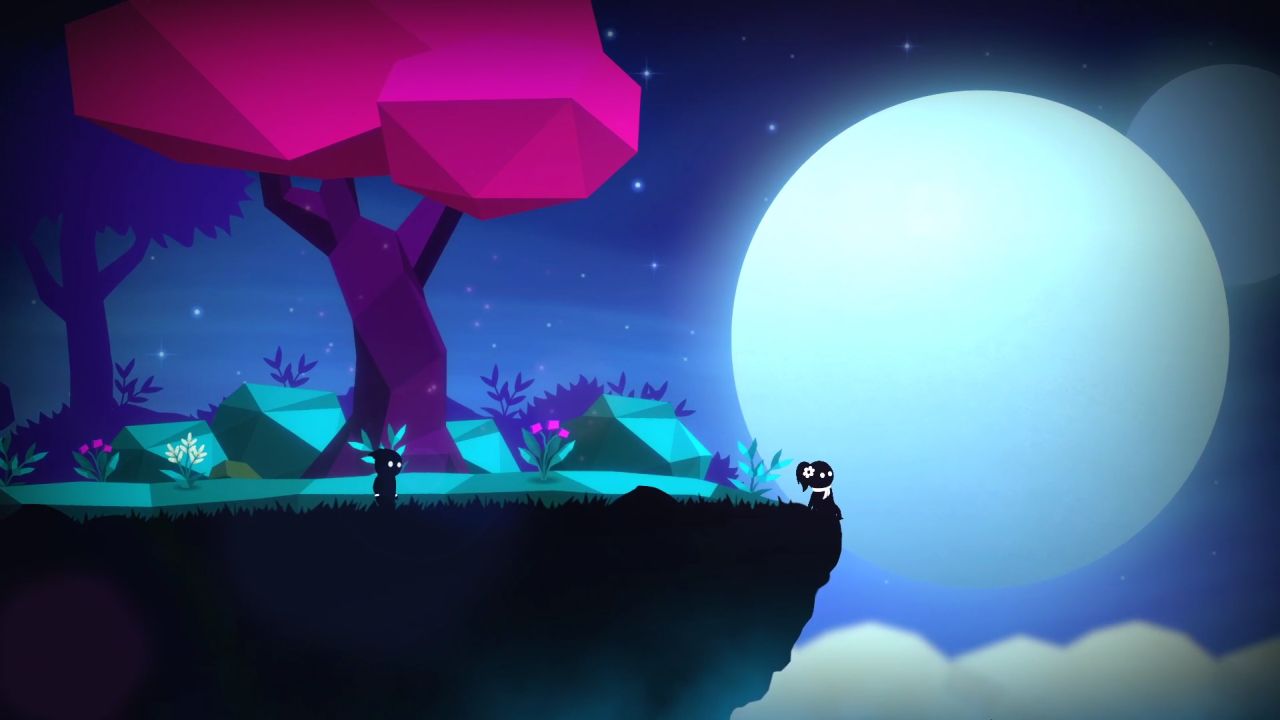 In Eternal Hope, you play as Ti'bi, a young man who also happens to be incredibly lonely. He is one of the last of his kind, and the specter of loneliness has been a constant burden to him. So, it's with great relief that he happens to meet a female member of his species while out in the wild. The two fall in love, and all seems well for a time. However, one day, a tragic accident claims the life of his partner. After laying her to rest, Ti'bi is confronted by The Keeper of Souls himself, and is offered a chance to bring her back. All he needs to do is collect the fragments of her soul that have been cast out around the land. A tough challenge for sure, but love is nothing if not a solid motivator.

There's the framework of a potentially emotional tale in the title. However, it doesn't build out the dynamic between Ti'bi and his beloved enough to make it engaging. You don't spend nearly enough time together to feel sad about her untimely demise. Ti'bi is only really defined by this relationship, so it's not like you're getting any character depth out of him either. If anything, the title would have been better served by further playing up the working with Death aspect. The game does introduce a late twist that switches things up, but it comes way too late in the game to be truly affecting. The potential is there, but without proper development, the plot struggles to leave any kind of impression.

To better track down soul fragments, The Keeper of Souls gives Ti'bi the gift of being able to enter the shadow world. Although the first time you attempt to use this power almost results in death, the skill serves as the one major gameplay hook of Eternal Hope. By activating this power, the world around you shifts to a moodier style. Entering the shadow world can unlock new pathways through obstacles or unveil creatures that are willing to assist you on your quest. However, as instructed by a fairy assistant named Heli, you can only stay in the shadow world for a finite amount of time. Once the meter runs dry, you will return to the normal world. Depending on what you are trying to do, this could result in instant death. 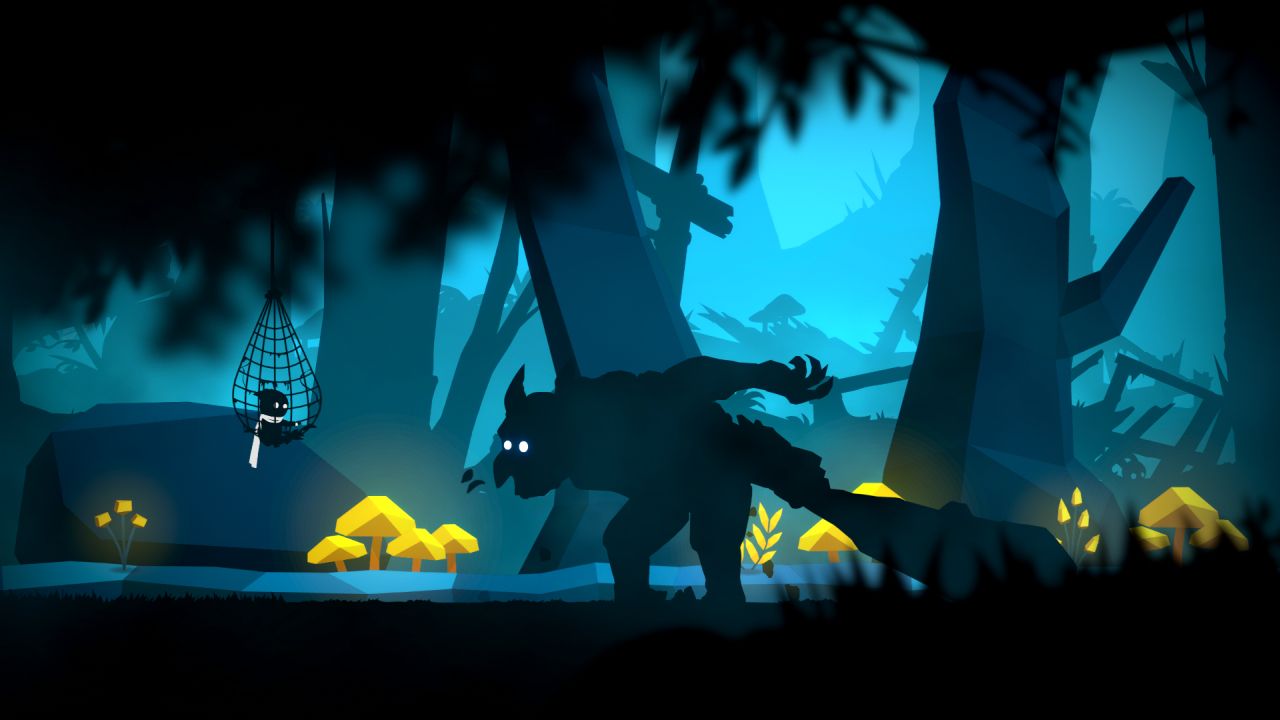 Ti'bi is a very weak individual, so there are plenty of ways for him to perish. Falling from heights, dropping into waist deep water, trolls and buck-like creatures are the most consistent hazards our hero faces. Any one of them can instantly kill him and result in you having to try a section again. He has no way of defending himself either, so dodging is the only way to get past these troubles. This isn't too far from other major puzzle platformers out there, but what handicaps Eternal Hope are the sticky, slow controls that prove to be a major annoyance.

As a title that is so focused on making you jump around, you would think that mushy inputs would be corrected prior to release. However, the jump button in the title is often slow and unresponsive. Making a leap to a floating log should not be the issue that it is in this game, but thanks to the slow input, you could find yourself repeatedly dying during an otherwise simple section. Honestly, the clunky controls are the biggest trial in the campaign, as the simplistic puzzle designs offer little challenge. I spent more time dying attempting meager leaps than I did during the whole final chapter of the game.

Even if the controls were tightened up, though, I'm not sure the title would be a whole lot better. As mentioned, the puzzles aren't especially difficult, and there's a distinct lack of variety to them by the latter chapters. Once you get past the mid-way point of the game, it kind of feels like you see everything it has to offer. And it won't take you long to reach that point, as the entire game can be wrapped up in about three hours, give or take. Even at a budgeted price point, it's a very short experience. I was able to complete it in a single sitting, which is rare for me these days. One way the adventure could have been improved was if the shadow world was better utilized. Either have the player use it for more creative tasks or have Ti'bi learn new skills when in it. 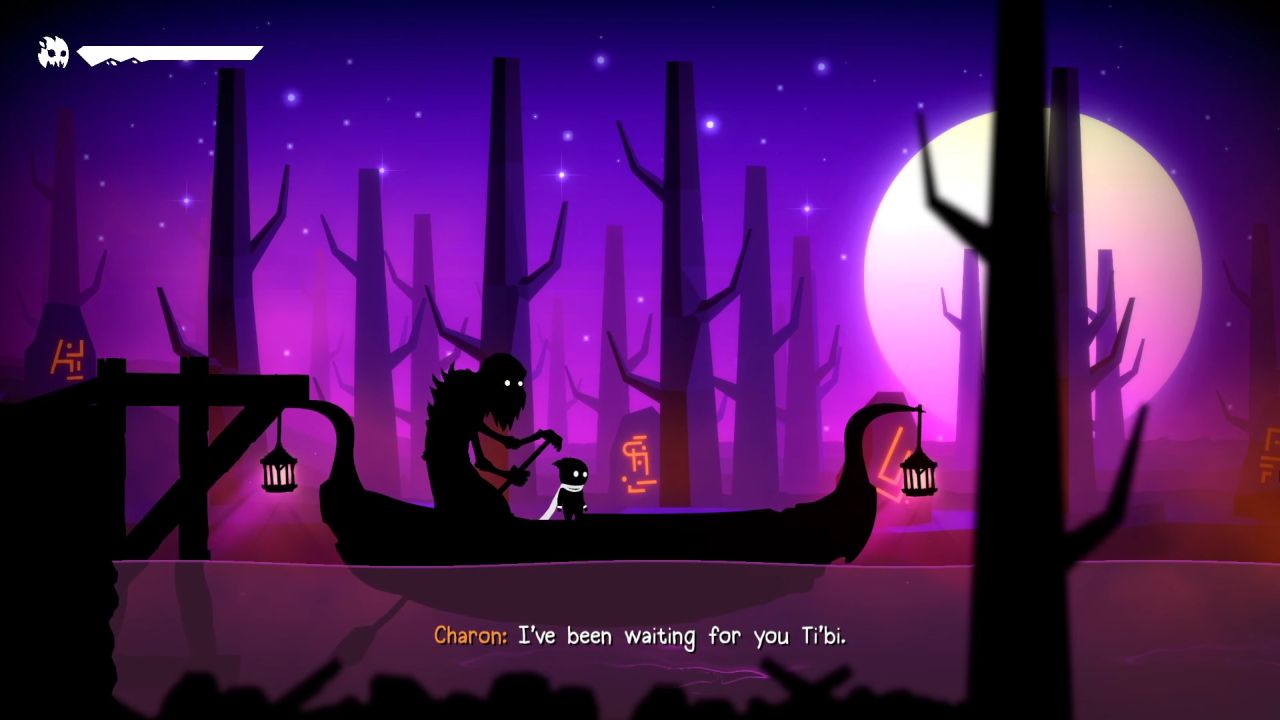 While I'm down on the gameplay of Eternal Hope, I have to say that I really dig the presentation. Although it lacks the visual perfection of Limbo and the Ori franchise, it feels almost like a cross between the two. It has the silhouetted style of the former, while adding in splashes of color like the latter. The title also does a solid job of demonstrating the difference between the normal and shadow worlds. They are similar in style, but the shadow world is bathed in tints that give it a stranger, more menacing vibe. The stark soundtrack does an excellent job of matching the action on-screen as well. It's appropriately dour during the sequences depicting Ti'bi's loneliness, and more frantic during chase sequences.

With its striking visuals and solid soundtrack, I wished I enjoyed my time with Eternal Hope more. I like puzzle platformers quite a bit, and always look forward to trying a new one. However, the mushy controls left a bad first impression, and the lack of challenge didn't make things better. Even considering the brief length of the adventure, I was more than ready to be done with the title by the time credits rolled.

Our ratings for Eternal Hope on Xbox One out of 100 (Ratings FAQ)
Presentation
83
Eternal Hope's striking visuals are the title's best feature. It makes excellent use of color and shadow to create a world that feels surprisingly unique. The accompanying soundtrack does an excellent job of fitting the mood and action of the game as well.
Gameplay
35
For a title that is strictly focused on platforming, the controls really needed to be tightened up. Movement as a whole feels clunky, with jumping in particular coming off as unresponsive at times.
Single Player
40
A third act twist provides some interest, but everything before that is almost entirely forgettable. There is no character development, and the emotional heft needed to sell the journey just isn't there.
Multiplayer
NR
None
Performance
80
No performance issues noted.
Overall
44
Eternal Hope had potential, and it has great presentation qualities. However, the lack of meaningful plot direction and unresponsive controls make the adventure more of a slog than it should be. 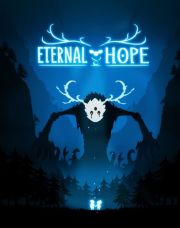