EVERYTHING IS FOR HUMANITY
Platform: PC
42
SummaryNewsArticlesVideoScreens

Everything Is For Humanity Review

Not fit for human consumption

Everything Is For Humanity is yet another indie first-person horror game using the Unreal engine. We’ve had so many over the years, both good and bad. Observer and Soma are two of the best. Then there are dozens of mid-range titles, like Maid of Sker and Conarium, which fall a bit short despite respectable design elements or a unique style. But right down the bottom are abominations such as Daylight, which are bad enough to make people lose hope in the genre. So where does Everything Is For Humanity sit on the first-person horror game scale? Let’s just say that my hope for humanity is near its lowest point. 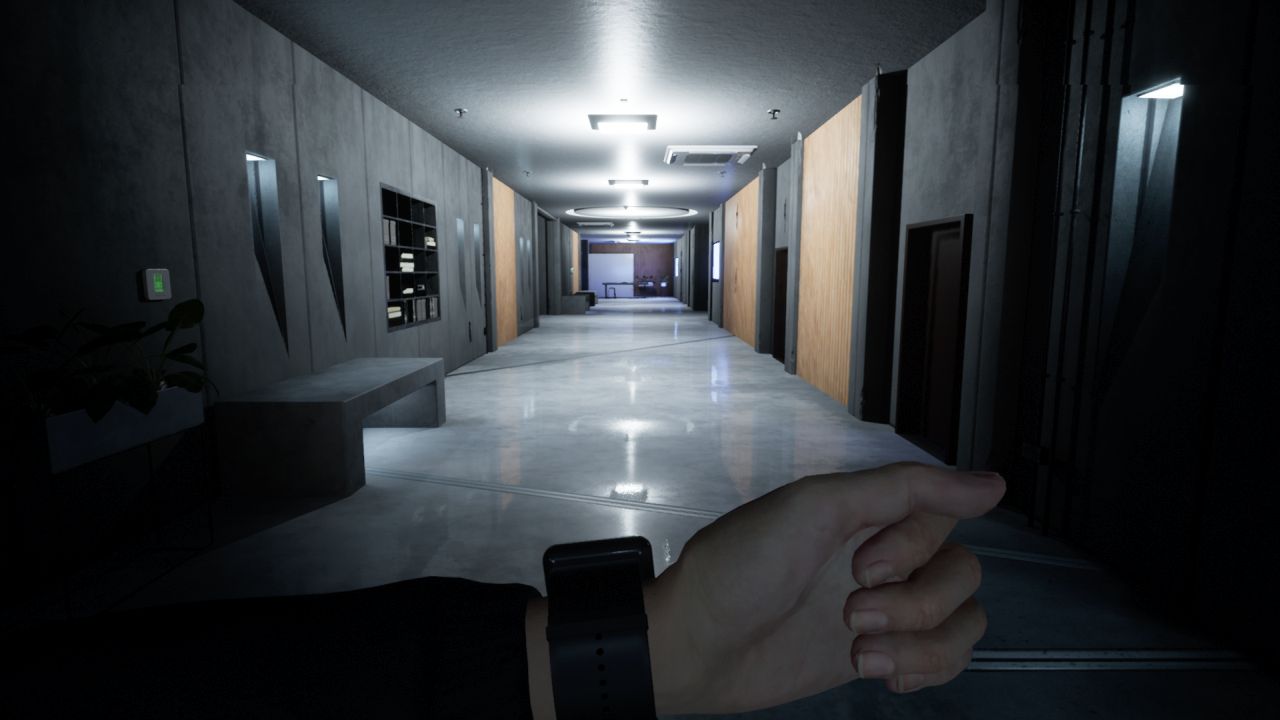 Everything Is For Humanity has a reasonable premise. You’re a software developer for Passiflora Science and are trapped in a facility that seems to be in lockdown. One of your initial tasks is to head to the basement and switch the power back on. The game starts with narration from the main character, promising something horrendous for the player to experience, in the vein of H.P. Lovecraft. But things fall down quickly in terms of story. The amount of narrative content rivals what is listed on the store page. Despite exploring many offices and labs, there are no notes to read, no computer logs to access, and no audio tapes to hear. Another human gives you a basic objective at the halfway point, via radio, and a sentient operating system talks to you rarely via text on your smart watch. But with a lot of translation errors, the story is hard to comprehend even when it appears.

There is a hostile in the basement, guarding the power switch. This enemy is a naked and voiceless lady, who is also the primary antagonist for this two-hour adventure. She will charge at you and stab you to death if she sees you. Some encounters with her are scripted; others are a bit like Outlast, only without the finesse, because the chasing is terrible. She’s not always around though. Some other enemies crop up later, including a glowing character that roams the science labs while you gather equipment. The original Penumbra: Overture, from 2007, did this type of thing better. And finally there is a strange augmented beast that seems like it was plucked out of Resident Evil or Quake, although at least avoiding this foe requires a different tactic. Threats are not too hard to bypass but some encounters broke when reloading a checkpoint, making it impossible to progress without restarting the whole game.

Much of the adventure is framed around an elevator that is used to transition between floors of the facility. Each floor is almost like an entirely different game. One floor resembles the inside of a space station. Another is more akin to a prepper’s bunker with laser doohickeys. There are also some abstract levels which behave like a dream. These definitely compare to Layers of Fear, but again the execution is sorely lacking. The design variation between each level is good to break up the monotony but it feels way too disjointed. At least some of the level design is decent, using the shiny Unreal Engine well enough to appease most horror fans. But it’s also quite dark and so the few interactive objects do not stand out—there is a button to make them glow when things need clicking. 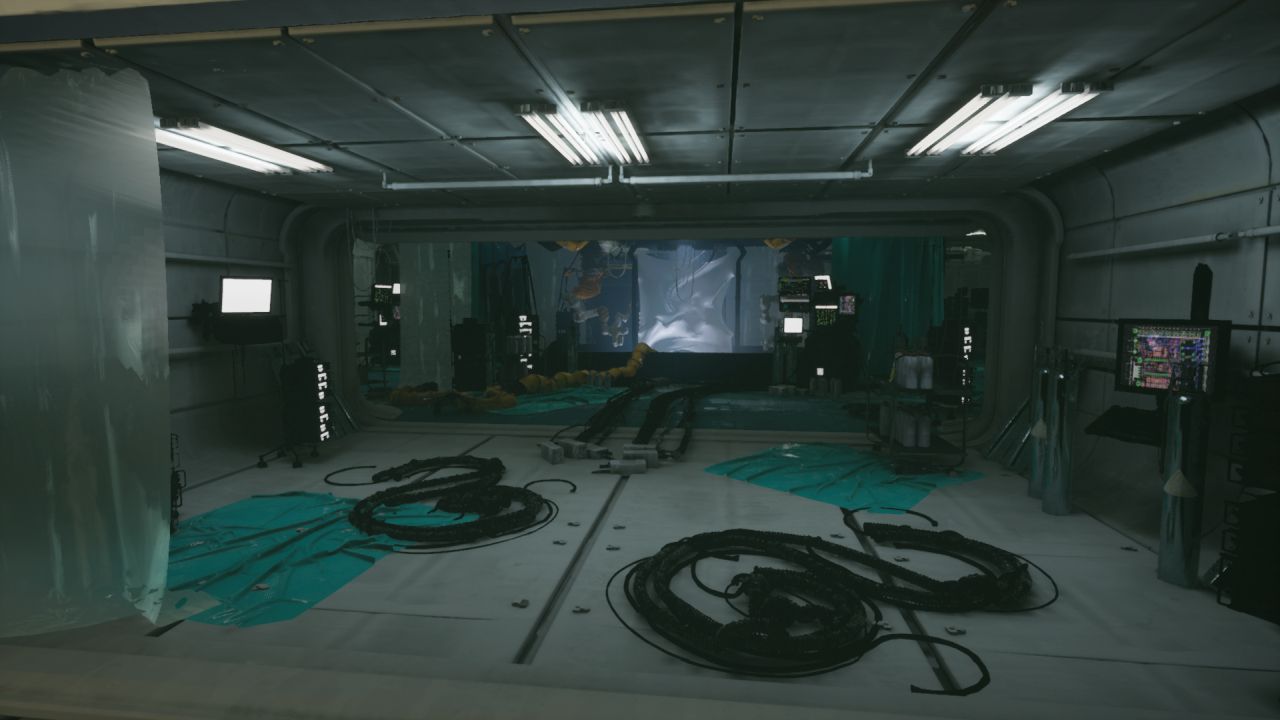 There are basic puzzles to solve along the way. You might need to find some codes to use on padlocks. Maybe you have to switch lights to the correct color for a generator. Even the dream sequences have some challenges, like collecting rabbit statues, but none are that involving. The most interesting device you can use is a smart watch, but it has limited capabilities. Its flashlight could have been helpful, if the light from it cast more than a few feet away. Another app on the smart watch lets you distract a threat by pinging security cameras in different rooms. This almost works, until the creature breaks protocol and heads straight for you anyway. If the smart watch was used more and had a few more features, it could have formed the backbone the game desperately needed.

Is the game scary though? If you are just in it for the horror, then there are a few jump scares. Like when you go the wrong way in a dream and something jumps in your face. These tend to be cheap but good enough to startle. None will leave a lasting impression and there is no good psychological horror despite early promises by the main character. Avoiding the threats adds pressure but getting caught by them showcases terrible animations that makes them less scary. It’s not quite as bad as Hektor’s primitive monsters, but it’s in the same ballpark. While the setting is adequate, the level design never adds to the horror, even in those whacky dreams, and so the scares are either cheap or absent. 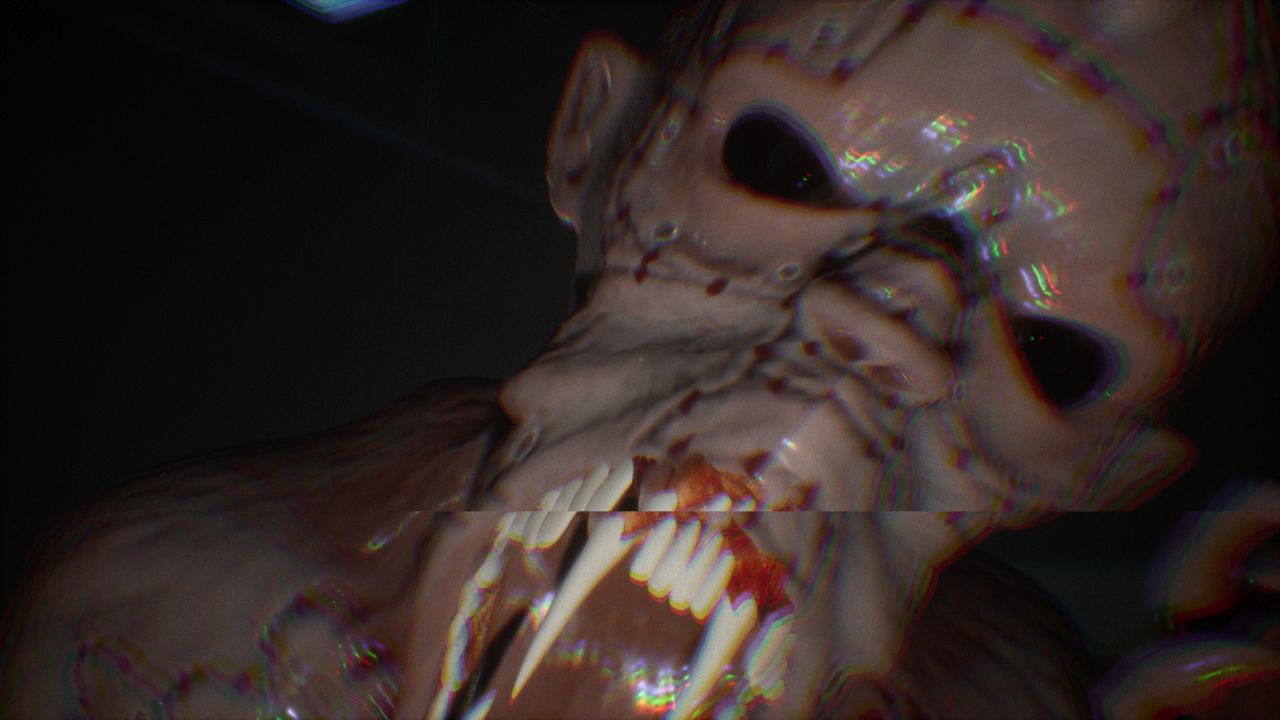 Everything Is For Humanity is a poor indie horror game. It takes influence from a lot of other horror titles but fails with execution. The two-hour adventure has awful cohesion and a weak story, despite some adequate level variety. The puzzles are lackluster, and the sections where you avoid threats are comparable to horror games from two decades ago, and that is when it’s working as intended. While it has a few jump scares, the horror is not worth the price of admission. If you do decide to take the risk and get Everything Is For Humanity for around $15 USD, the scariest part will be coming to terms with the fact that you spent money on it.

Our ratings for Everything Is For Humanity on PC out of 100 (Ratings FAQ)
Presentation
60
While everything is dark and blends together, at least it has some decent level variety and makes okay use of the Unreal engine at times. Some animations for the threats are crude or missing.
Gameplay
45
There are only a few puzzles to solve and threats to avoid. Aside from using the smart watch to create distractions, there is nothing here that’s interesting.
Single Player
35
With barely any story, the game is not held together by much and its many translation issues make the narrative too rough around the edges
Multiplayer
NR
N/A
Performance
(Show PC Specs)
CPU: AMD Ryzen 5 3600
GPU: XFX RX 480 GTR Black 8GB
RAM: 16GB DDR4
OS: Windows 10 Pro 64-bit

50
It runs okay but breaks often. Threats did not reset properly on checkpoint load and made it impossible to progress without restarting the game. Puzzles broke quite often, too. It is barely playable.
Overall
42
While it borrows bits and pieces from successful horror games, Everything Is For Humanity is far from the best first-person offering in the genre. Alongside its poor horror execution, it is inconsistent, incoherent, and unpolished.

Everything Is For Humanity 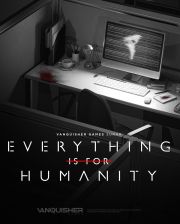 Everything Is For Humanity
8 images added 151 days ago