A future you should pursue

Video games by their nature are interactive experiences. Whilst narrative-driven games are still interactive to some degree, it is the story and the effect you have on it that is intended to shine in this genre. Eternal Threads is one such game. It asks the player to substitute combat systems, open-world maps, levelling and loot for a simpler, slower experience. One that will have you comfortably leant back in your seat rather than on the edge of it, just barely using the controller yet no less engrossed in the adventure. 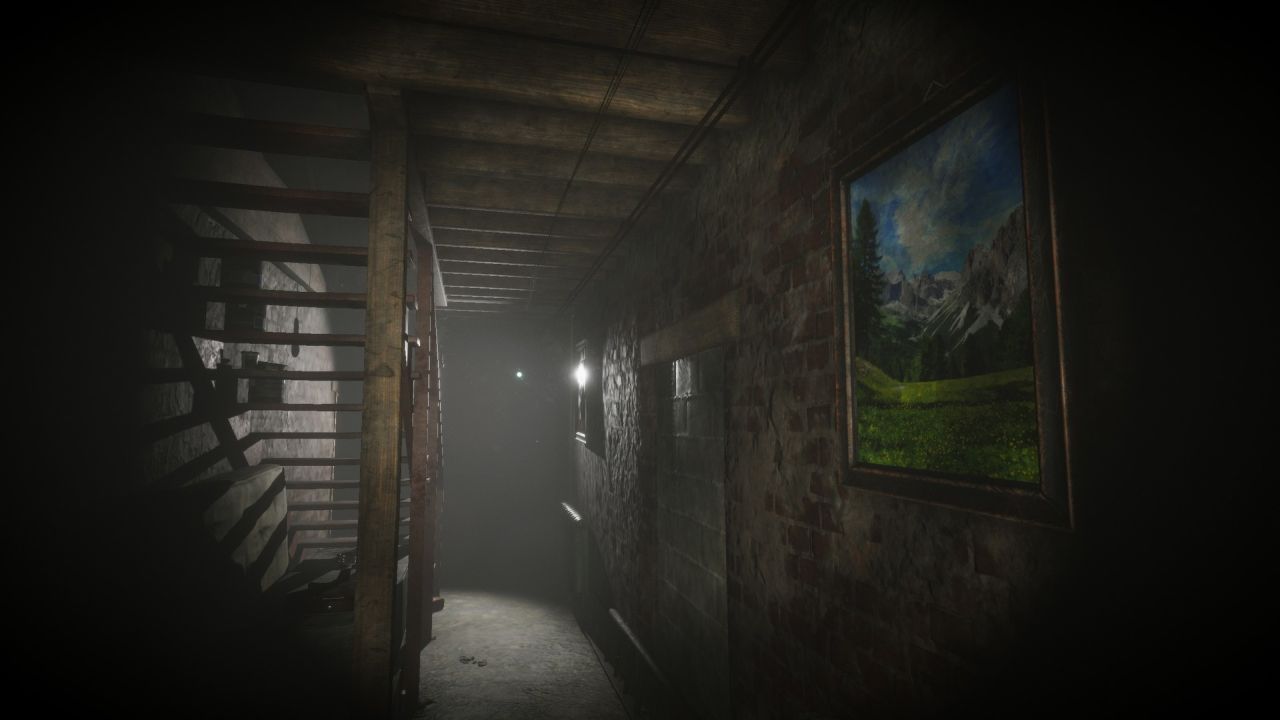 Eternal Threads is the debut title from Liverpool-based Cosmonaut Studios. It's a first-person mystery game with multiple outcomes. The concept of time manipulation, paired with the game's cover art would have you believe this game is a wholly sci-fi experience, one that perhaps leans into the fantastical elements of time travel. In principle this is true - after all, you do play as an agent for the Second Chance Project, an organisation from the future which sends operatives back in time to alter corruptions in the space-time continuum. However, in practice, the story is one that is much closer to home. Especially for me living just a short drive from the game's setting of Manchester, England.

The game focuses on a tragedy when six people perished in a house fire in the year 2015. Your job is to methodically sift through a timeline of 200 or so events that took place in the house in the seven days that led to the fire. The objective is to alter their timelines and ultimately save their lives. Of course, the overarching concept is very much entrenched in science fiction, yet the tale of those 6 people living in the house is a much more grounded affair often agonisingly reflective of 21st-century reality and one that players (especially the British amongst you) will no doubt sympathise and identify with.

The game starts with you, Agent 43, standing in a time machine. Surrounded by spinning lights presumably intended to warp space-time in such a way that will propel you to another place. You stand there in your Cosmonaut-looking futuristic space suite. For a moment you imagine what other worldly location you are to be sent to until suddenly you realise you have been lead down the garden path. Quite literally, as you arrive in the front garden of a very ordinary-looking, very benign British house. Even the all too familiar British weather rains down on the houses' charred remains. You enter through the front door and proceed to place 'signal boosters' which without much explanation allow you to tap into the temporal events of the household and those that occupied it. The first thing to note here is the atmosphere. Even before you begin to unravel the story, the environment does a fantastic job of setting the tone. An eerie atmosphere permeates the halls of this ghostly, empty house. You may not know what yet, but you know something tragic occurred here. The game certainly isn't a horror game, yet there are moments as you explore the environment that will send chills down your spine. 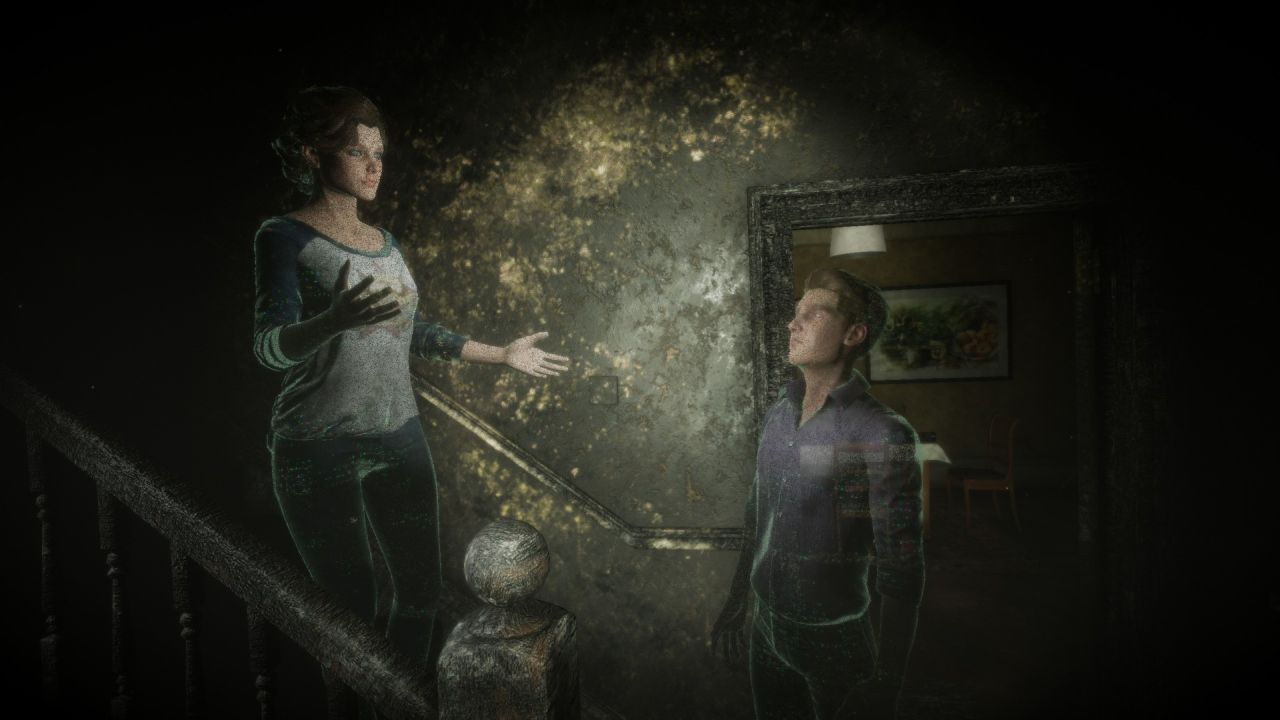 Here is where you will meet our six deceased housemates who you are tasked with saving. Neil is a uni student. A seemingly normal teenager with a crush on a girl and a passion for video games. Neil's past is fraught with problems though, and his charming persona is sometimes overshadowed by moments of pent-up anger. His older sister Linda is a runaway from a crumbling marriage and has come to the house to escape the complexities of her situation, but has left behind a child who doesn't understand. Jenny and Ben are young and in love. Jenny is a student and Ben is a trainee doctor. Like many couples their age, they are walking the line between love and their careers. Next, there's Tom, the live-in Landlord of the house that may have some dark secrets. Finally, we have Rachel. She is a bubbly, outgoing art student who is harbouring a tragic past.

You will be given access to a timeline of events. You will have access to most of them and can replay them in any order. Although the timeline you start with will inevitably change as you manipulate the outcomes of these events. At first, watching them in a linear fashion will help you get to grips with the story and the characters but as the game progresses you will find yourself moving backwards and forwards between them. Changing the outcomes of these events will have direct effects on future and past events. By the end of the game, you will find yourself fully embracing the role of detective, meticulously scouring situations with a fine-tooth comb for any clues or items which may help you reach your goals. The game utilizes the concept of the butterfly effect. Seemingly meaningless throwaway conversations which you initially thought to be filler can actually trigger very significant event chains that lead to serious consequences, not just for those involved in the conversation. It makes for some wonderful lightbulb moments, none more so than the moment you realise how intricately woven these characters are and how each one is in some way responsible for the fate of the others.

Thankfully, the timeline mechanic is very intuitive, allowing for a lot of flexibility. For example, one button shows which events have had a direct impact on others. Another allows players to filter out events by character and location. This mechanic becomes the backbone of the game and is extremely accessible. One thing that remains difficult throughout though, is making the decisions that the game throws your way. At times they are as simple as deciding whether Linda should drink at a party or not. Others are much more complex, such as attempting to save a loved one from a room engulfed in smoke or being selfish. No matter the immediate severity of the decision, Eternal Threads does a fantastic job of making every single decision count in some significant way, and the further you progress through the story the more and more you feel the weight of these decisions. Whilst the narrative is nothing more than a soap opera grounded in a familiar reality with characters you could describe as 'regular people', credit has to be given to Cosmonaut Studios for the work that has gone into intertwining these stories into something that feels extraordinary. 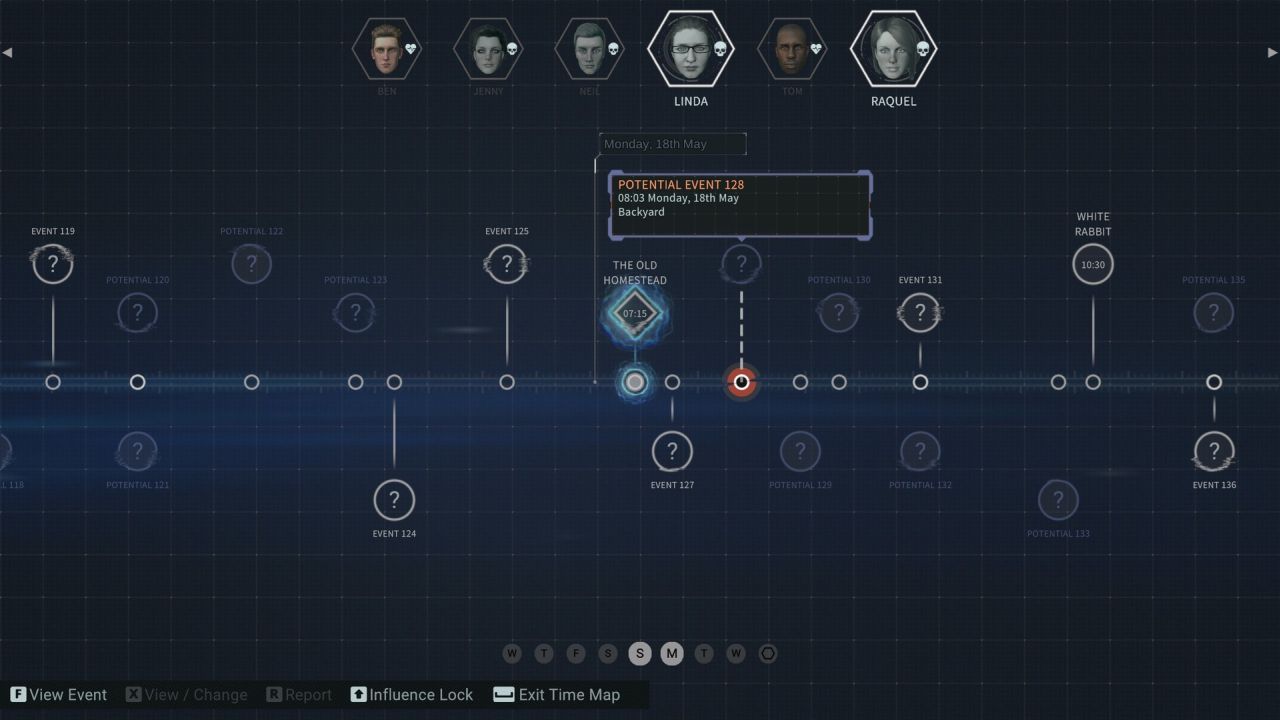 Aside from deciphering clues by recounting events that took place within the house, the player is free to explore. In doing so you will find other clues and artefacts such as opened mail, keepsakes and even mobile phones displaying text conversations. Some of these will help with changing event outcomes and others just simply help give you a better understanding of the character lore. You will also find keys that allow you to access new areas. What is particularly clever about this is that opening new areas allows you to access them even in events that took place on the timeline before you unlocked them, letting you go back and see things from a new perspective, literally.

The visuals are decent enough. The charred remains of the house you are exploring are really nicely detailed and the lighting is good. The character models, however, lack the same detail and fall short of modern expectations. You view the events using a tool which creates holograms. I would have loved to see them in full detail and since the sci-fi element had been shoehorned in, going that extra step to allow the player to see the events as they took place would not have been much more of a leap in my opinion. The performance is stable throughout the 8 hour campaign with no noticeable frame drops or glitches.

One thing I found myself wincing at on more than one occasion was the voice acting. For a story that felt so real, so relatable, so grounded, there were times when it was painfully obvious to me that the voice actors were reading from scripts. Certain responses lacked the proper emotion required or used phrases that would only be present when reading from a page. Tom's voice as he is beckoned to the bedroom by a love interest holds the same excitement as it does carrying out maintenance jobs around the house. In a heated moment between Jenny and Ben, it's hard to imagine what is at stake based on the tone of their voices. It is moments like this that briefly pull you away from the immersion that Cosmonaut Studios did so well to set. 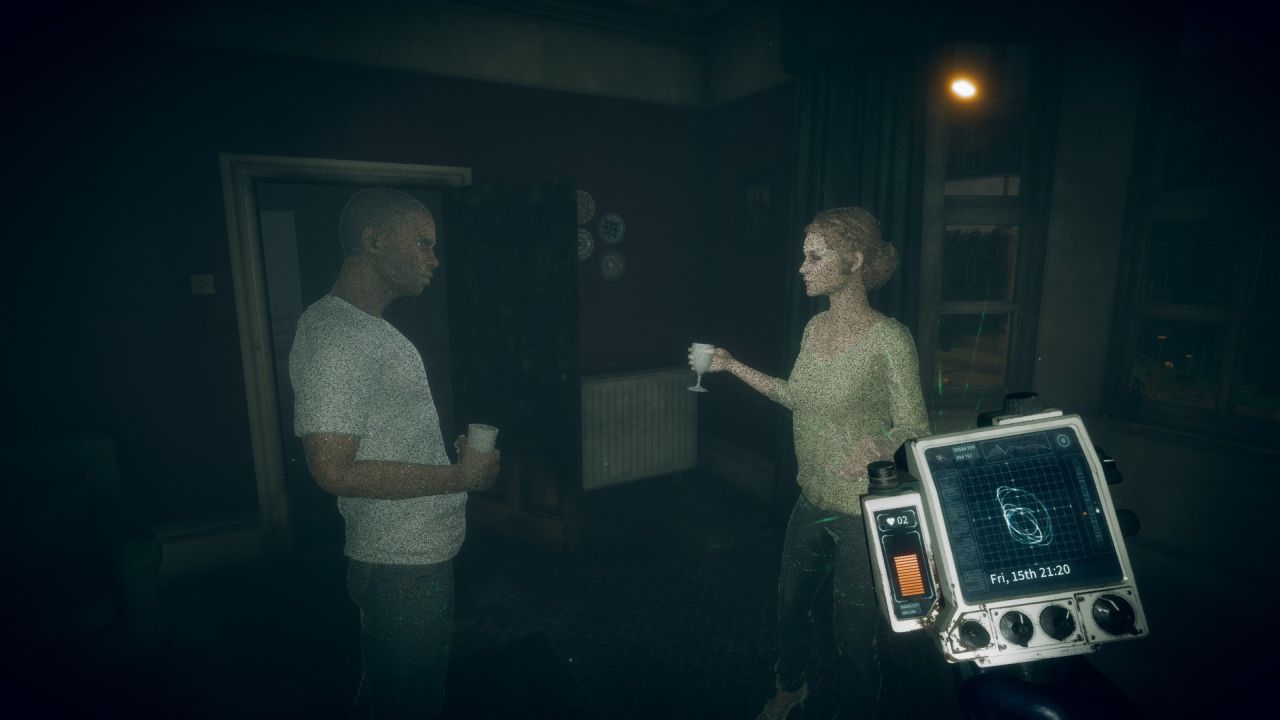 Eternal Threads is a game that surprised me on many levels. These types of games ordinarily fail to hold my attention for their entirety. Until Dawn and Detroit: Become Human succeeded where Life is Strange, Heavy Rain and many others failed. Being that Eternal Threads was the first title from a small development studio in a genre that few titles have won me over, the odds were against Cosmonaut Studios. Yet I found myself gripped by the experience and even mulling over choices that I made in the game whilst doing other things. It may not be the prettiest, it may not have the best voice actors, but it is an extraordinary experience that will have lasting effects on you. It may fall into the shadow of bigger titles of the same ilk, but if this type of game is something you enjoy then Eternal Threads should not be overlooked.

Our ratings for Eternal Threads on PC out of 100 (Ratings FAQ)
Presentation
72
The graphics are good but character models and animation lack some detail that would have been nice to see. Voice acting is at times lacklustre but generally speaking, neither of these hinders the game's experience too much.
Gameplay
80
As is the case for games of this genre, the gameplay is not intended to be the focus of the experience. Eternal Threads still manages to make gameplay interesting with exploration elements and expertly capturing the feeling of a futuristic detective scouring both space and time for clues.
Single Player
87
The campaign is an impactful and addictive experience that does an exceptional job of digging its claws into the players and not letting go. The stories told are very much grounded in reality yet interwoven in such a way that will leave your breath taken by seeing the full picture.
Multiplayer
NR
None
Performance
(Show PC Specs)
CPU: AMD Ryzen 5 3600X
GPU: GTX 1080
RAM: 16GB DDR4
OS: Windows 10 Home

85
The game performs well with no obvious glitches or frame rate issues.
Overall
81
Cosmonaut Studios may be minnows, but they have managed to create a title that stands tall amongst the best in the storytelling genre. Eternal Threads is a great experience that I can wholeheartedly recommend to both fans and skeptics of this type of game. 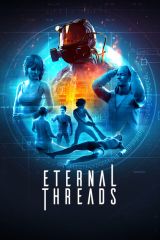 All videos for Eternal Threads (1)
Advertisement ▼