NOBODY SAVES THE WORLD
Platform: Xbox One
73
SummaryNewsArticlesVideoScreens

Nobody Saves The World Review

A nobody can become somebody

I would argue that RPG games are perhaps the most addictive genre out there. I've lost countless hours traversing in distinctive landscapes and soaking up the tiniest details a world has to offer. Although, with the genre being so creative in nature, this can sometimes be to its own detriment. It can be challenging for a game to differentiate itself from the rest of the crowd and capture audiences' imaginations. The latest game from DrinkBox Studios, the makers of the platformer Guacamelee, has undoubtedly produced an experience that provides a distinctive feel, with the ability to transmogrify into dozens of characters. However, will this interesting concept provide any substance other than an interesting gimmick? 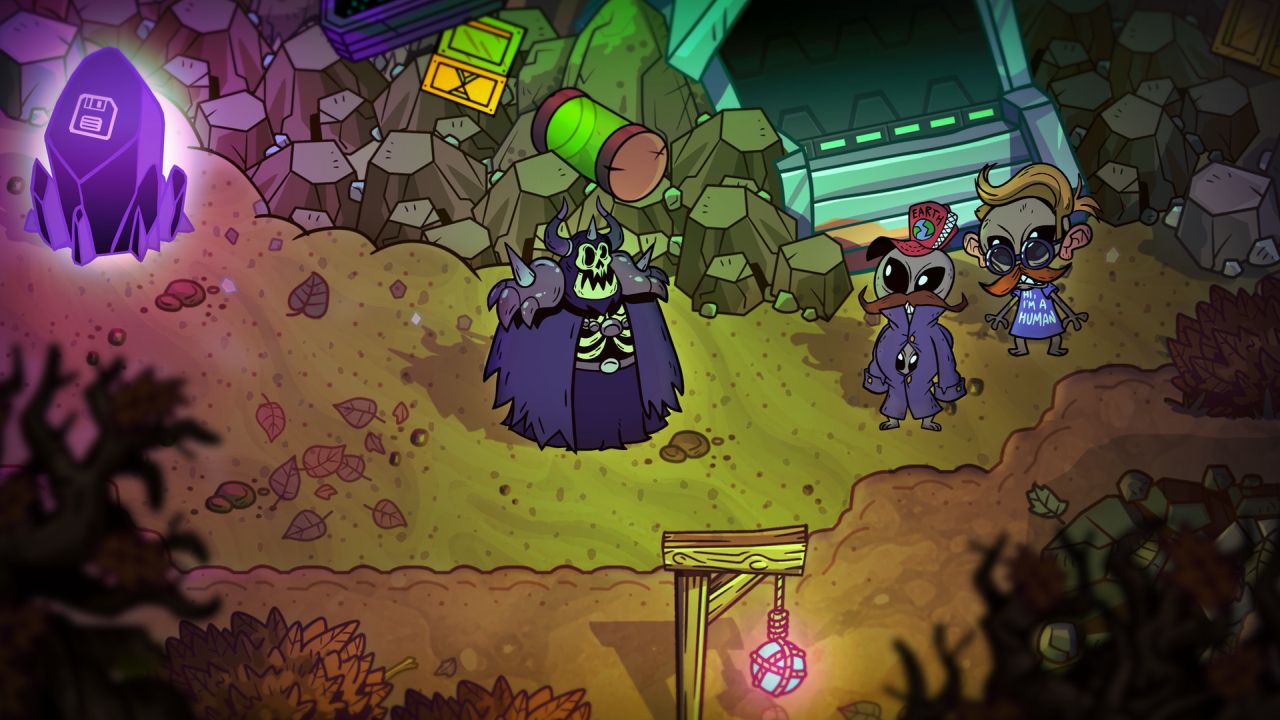 The plot follows a hollowed-eye character who wakes up with amnesia and can't remember anything about themselves; they are essentially a nobody. Shortly after, they discover a strange calamity now plagues the land, and the highly revered wizard Nostramagus, who would often help in scenarios like this, has gone missing. The pale humanoid acquires Nostramagus's magic wand, which bestows the ability to shapeshift into different entities. With their newly acquired powers, they start their journey to gather the magical gemstones to solve the land's mysteries.

Nobody Saves the World is saturated with dark humour. The protagonist often reinforces this, as they will usually frown and show their apathy when confronted with a ridiculous situation. This is generally due to good reason, as many of the characters are somewhat erratic, like Nostramagus's obnoxious apprentice, as he often erupts in a fit of rage accusing you of being involved in the disappearance of his master. On the whole, the satire humour lands nicely, but it doesn't have any real moments of crying out loud in hysterics like watching a sitcom series.

You'll be devoting a lot of time crawling through numerous dungeons to advance further into the story, as this is how you obtain the magical gemstones. In a way, the action resembles Diablo, but the combat focuses on the shapeshifting mechanic. Initially, the first changeable form available is a rodent rat; later down the line, you can unlock other forms, and they're pretty diverse, ranging from a protein-shake looking bodybuilder to a sinister necromancer. But that's not all, as each lifeform you morph into will embody different powers, such as the rat's ability to poison its foes, which will chip away at their health over time. 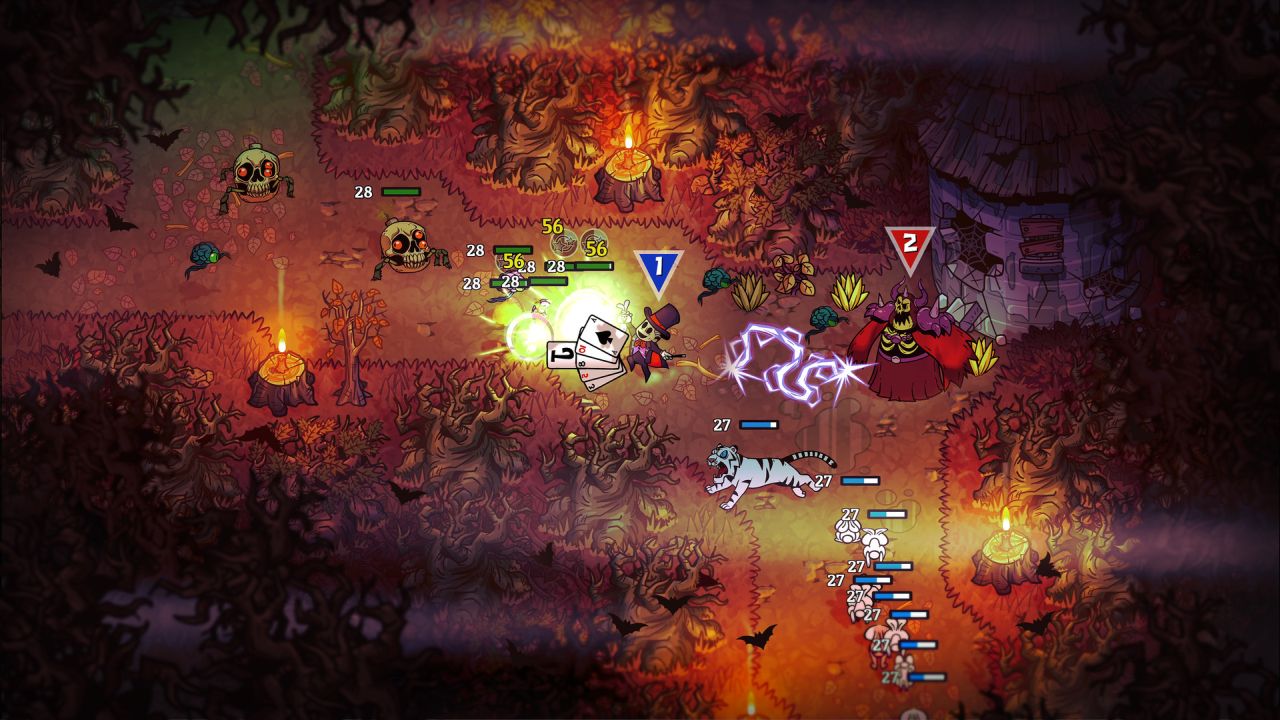 New transformations are opened up by gaining EXP, which is achieved by completing quests. These tasks are usually straightforward, including killing a certain number of enemies with a specific action. Regrettably, this can get tedious rather quickly, as it requires you to repeatedly perform the same series of attacks to complete the quest successfully.

Truth be told, this is a primary reason why I struggled to connect with the combat system in the first few hours of playing, as it's paramount to be continuously carrying out these quests because some of the adversaries can only be damaged with specific abilities, which will make progressing onto the next part of the story extremely difficult. When you start unlocking new forms and diversifying the move pool you have at your disposal, the tempo of the gameplay changes dramatically, but until this point, it was a struggle and felt like one big chore.

Another crucial part of the gameplay is how you interchange abilities across different forms. Combining skills in this manner will be pivotal in solving some of the more advanced dungeons, as it will require you to use powers to overcome obstacles that are fun brainteasers. Another benefit of swapping out skills is that it allows you to experiment with different combinations of moves. This can have some destructive effects in combat, which is helpful when dealing with hordes of enemies. Nevertheless, it can also result in some hilarious outcomes, with one being the turtle's form borrowing the archer's abilities, leading to the turtle shooting arrows that could give any member of the teenage mutant ninja turtles a run for their money. 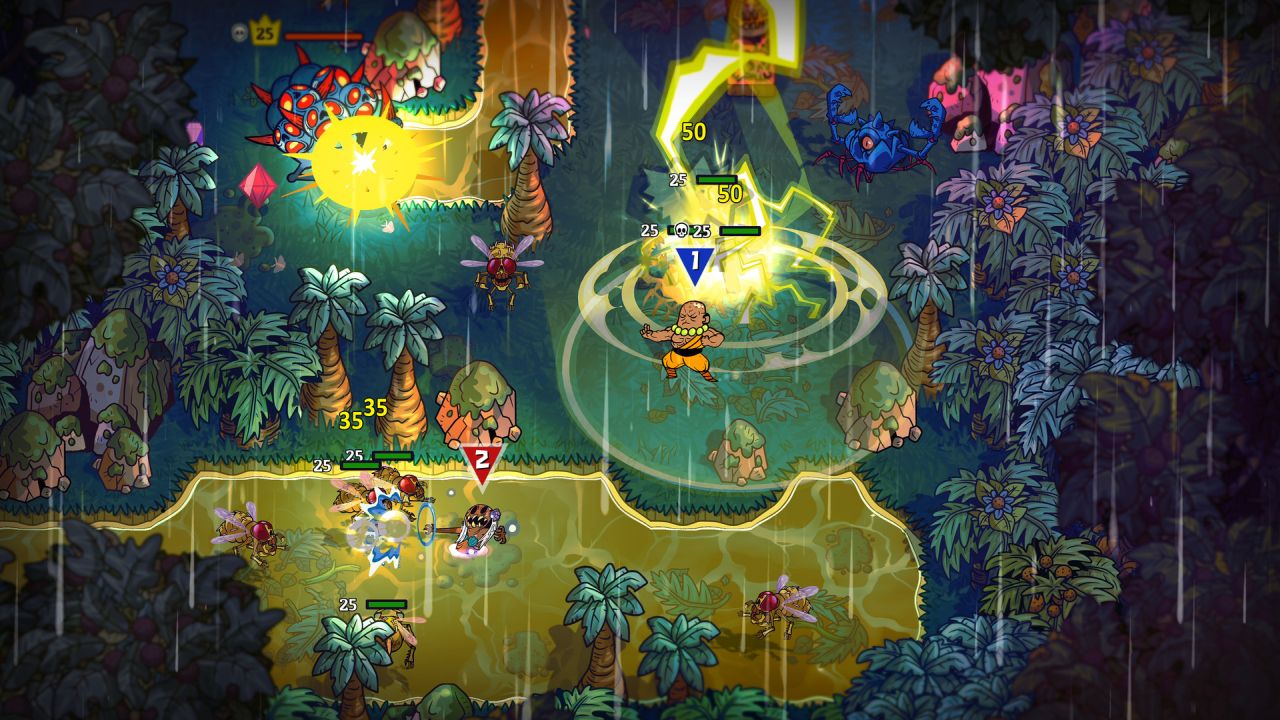 The open-world level design is very reminiscent of The Legend of Zelda titles, as there is a big expansive world to explore. For the most part, this made it reasonably fun to delve into, and even when you think you've seen everything, backtracking to previous locations with new abilities will reveal a new pathway. In addition, the fantasy land is full of many interactive aspects, from NPC's giving witty one-liners to side quests you can undertake at the Knights Guild.

Visually, the hand-drawn animation is crafted dazzlingly and has an absolute visual consistency throughout. Likewise, the landscapes are impressive, with locations such as Wormroots Woods possessing dark and narrowing paths to a striking Hawaiian-style province at Firepit Mountain. Equally, the character's designs are also executed very well, with all the transformations sharing the same distinguishable trait of the hollowed eyes, which stylises these morphed forms. Overall, this gives Nobody Saves the World a distinctive visual identity that is immaculately detailed.

Another player can join in on your voyage as online co-op is available, even though this comes with a bit of a caveat. Whoever becomes the host will be the only one with access to that saved file. Meaning the other player is pretty much just joining in for the ride, as after that gaming session has concluded, they can't continue the journey. Fortunately, the guest will mimic all the forms and abilities the host has unlocked, so it doesn't matter too much if the host has ploughed through with the campaign without you; you won't fall behind in any sense. 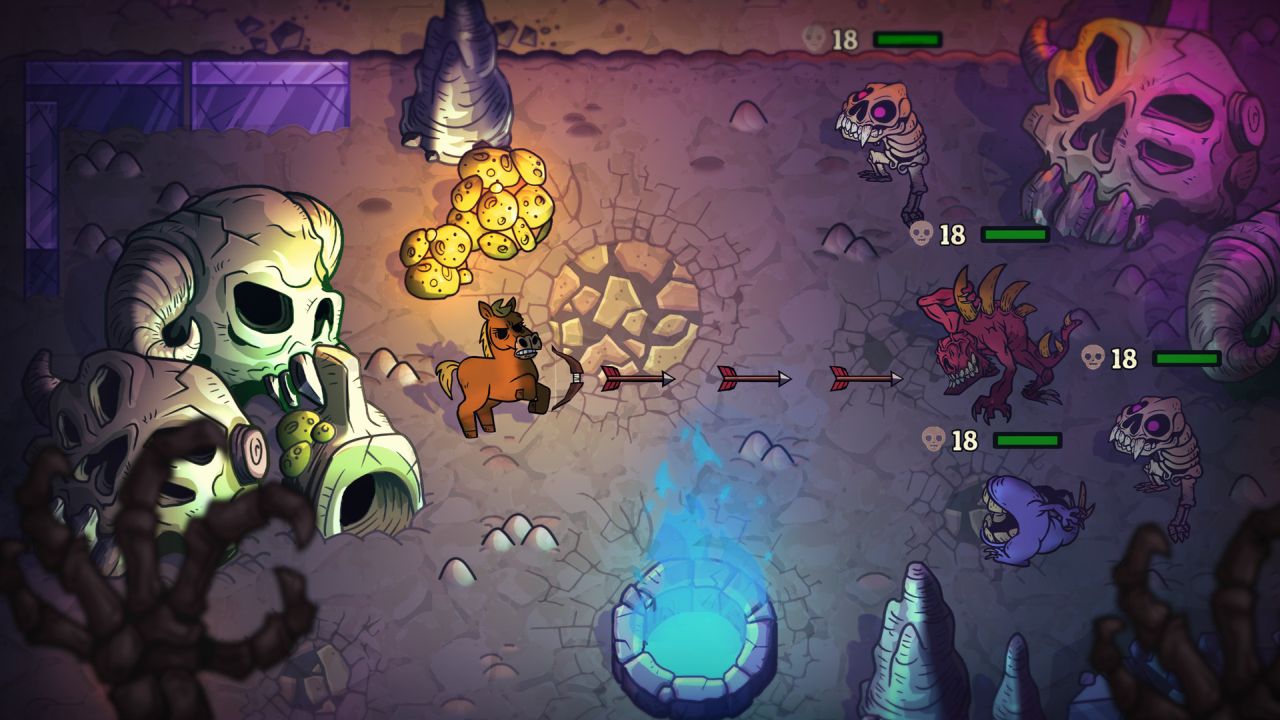 Nitpicking aside, it's definitely best to play the game by inviting a friend to come and join along, as you can both delegate tasks between each other and laugh at the absurd humour together. Let alone the fact there aren't many RPGs out there that allows players to tackle the adventure side-by-side, which is certainly a nice feature.

On a technical level, there were barely any framerate issues or bugs when playing solo, with the game pretty much maintaining 60 FPS, which led to the hand-drawn animation feeling fluid at all times. There were input delays on rare occasions when playing the game with an online companion, but this happened mainly when a massive crowd of enemies occurred. That being said, these latency issues didn't impact the enjoyment level, and that's what's important.

All things considered, Nobody Saves the World delivers a satisfying RPG experience. The parlour trick of shapeshifting into different entities provides an interesting tool for combat and exploring the world. Unfortunately, the transformation system is so dependent on quest completion that it can become a grind, but if you decide to stick around, you will be rewarded for your efforts with a humorous adventure.

Our ratings for Nobody Saves the World on Xbox One out of 100 (Ratings FAQ)
Presentation
81
The hand-drawn animation looks terrific and brings out the world's colourful terrain. The art design for the characters was also well thought out, with the standout feature being each form keeping the ominous hollowed eyes.
Gameplay
62
There are a lot of unique transformations to unlock, which will expand the number of moves that can be performed upon opponents. The gameplay can get monotonous quickly, as the levelling up is dependent on completing quests, which are often very dull.
Single Player
70
The open-world level design is solid. The humour heavily leans on the darker side, with the protagonist's reactions to anarchy unfolding around them often being amusing to watch.
Multiplayer
72
The multiplayer is enjoyable, and it is worth bringing an online companion along for the ride. Although, it's worth bearing in mind that the host will be the only one with access to the saved file.
Performance
80
There were no serious technical issues, and for the most part, the framerate was consistent.
Overall
73
Nobody Saves the World offers an interesting shapeshifting mechanic that is instrumental to the gameplay; however, the drawn-out reliance on repetitive quests holds it back from metamorphosising into its true potential. 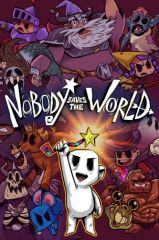 Nobody Saves the World
10 images added 270 days ago