The devil's in the details

Games are becoming highly adept at demonstrating the many intricacies associated with mental health. There have already been a few titles that have captured mental conditions. We saw it with the whispering in Hellblade: Senua’s Sacrifice and also during the whimsical mindscape exploration in Psychonauts 2. Martha Is Dead is a first-person adventure game that takes its own shot at representing the mental trauma that comes with grief during a time of extreme stress. It’s a psychological thriller set during the Second World War, with horror themes, relying on photography and exploration. Its general atmosphere compares to The Suicide of Rachel Foster and Everybody’s Gone to the Rapture, while the layered narrative and detailed world interaction sets it apart. It is only some performance issues and a few missed opportunities that keep Martha Is Dead from being a great take on mental health. 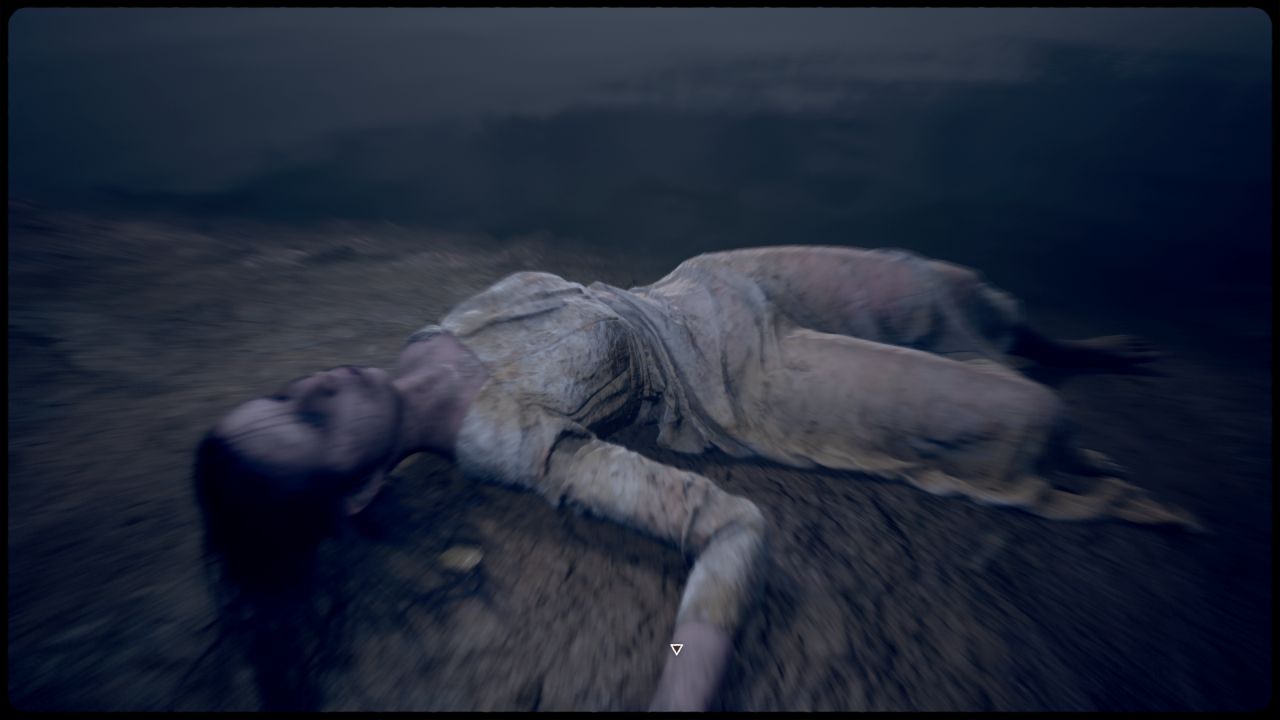 Martha Is Dead takes place during 1944, through the eyes of Giulia, a woman with a fondness for photography. Giulia is using her camera to take photos of a foggy lake before dawn. Through the lens, she spots a body floating on the water and dives in to help. But it is too late. She pulls ashore a deceased young woman, Martha, who happens to be her identical twin sister. Martha is wearing Giulia’s dress, and Giulia instinctively picks up Martha’s identification medallion. When her parents arrive, they think Giulia drowned and instead of telling them the truth, Giulia plays along. Why did she pretend to be Martha? How did Martha actually die? To find answers, you play as Giulia while she maintains the ruse and investigates Martha’s death. But how long can she be somebody else before her own identity collapses?

With death and deception as the central themes, you control Giulia through a dark period of her life. Although not a simple horror game, it has gloomy themes and a stressful backdrop. The first spooky aspect is the folktale involving the lake where Martha died. Apparently it is home to a spirit known as the White Lady, who drowns young women. The other cause of anxiety comes from the time and location of the adventure. Set in Tuscany near the end of the war, the region of northern Italy is occupied by German forces. Giulia’s father is on Germany’s side, so her family is protected in their villa, but the Allies are pushing north, partisans are attacking from the woods, and planes fly overhead.

Given all of this, Giulia’s stress levels are elevated and she’s starting to crack. Pretending to be somebody else is not helping. Things are not always what they seem and Giulia’s memory has missing pieces. She has nightmares too. The bad dreams show twisted scenes and gore—a few sequences could be likened to an autopsy. And within both nightmares and real life, there are some jump scares. The best horror sequence happens when you explore the woods at night, not long after Martha’s death. This has palpable tension thanks to good horror execution, yet it is sadly not repeated. Nevertheless there are still dramatic situations later, and most are well executed. Playing as Giulia while she buckles under stress is fascinating as we never quite know what is going on. Although some events are up for interpretation, the horror themes and setting, along with Martha’s death, make for an extremely rich and interesting narrative. 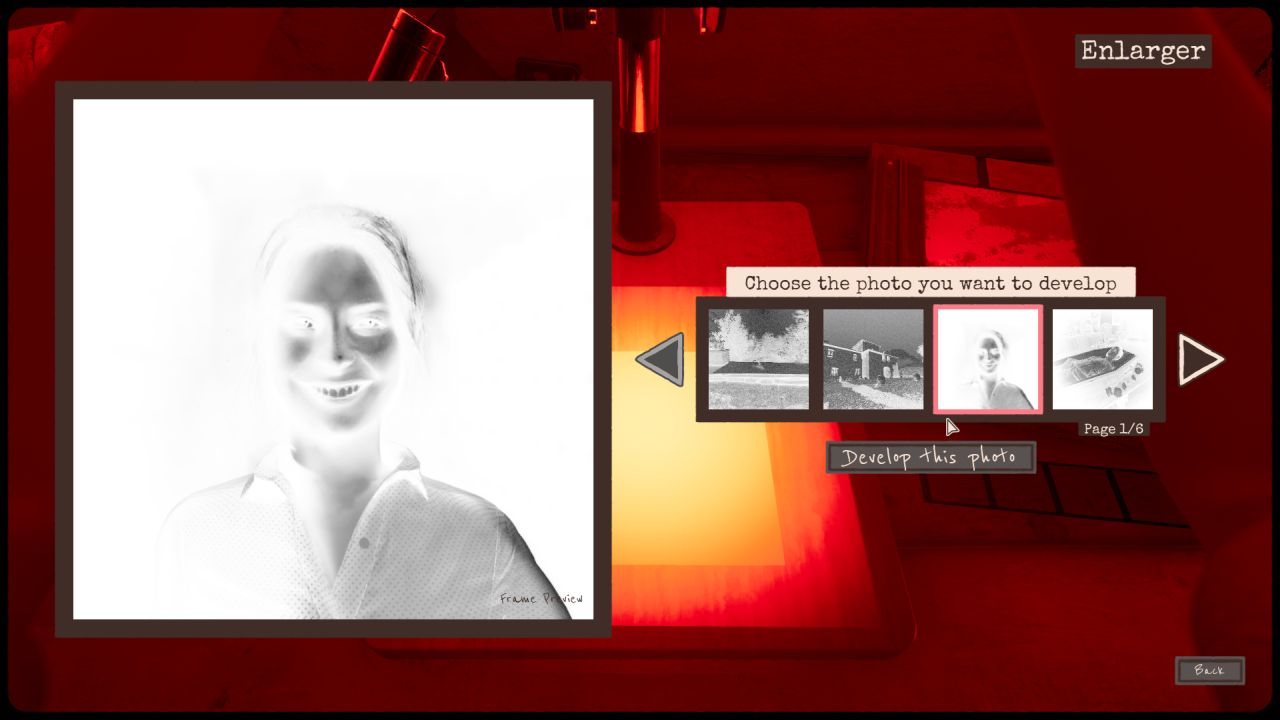 Photography is one way Giulia can get answers about her sister. You have a camera that can be used anytime, with various filters, a tripod, a flash, and more. Giulia must take some photos, carefully ensuring objects are in focus and well lit, before processing them by hand. This processing means returning home, projecting the image onto photo paper and placing it into developing fluid. As you come across rolls of film, processing the new photos will reveal information. Given the horror themes, it’s strange that the camera was not used more to frighten. It could have showed things through the lens (via filters) that did not appear in real life, but only specific places have oddities that appear on film after processing. Likewise, there could have been unknown photos that she would need to investigate. But since neither happens, the photography element, while pivotal and decently implemented, is a missed opportunity.

Apart from photography, there are other activities to keep players busy across the five-hour adventure. Exploring the family’s house is crucial, with a few locked doors to open. You will also venture through woods, a graveyard, along a river, and to the lake itself. You might need to find objects (scissors, film, keys, bolt cutters) and bring them someplace else. Giulia’s bag serves as the inventory, but you don’t need to combine or use items in a traditional sense since it is mostly automatic. Her diary is worth reading though. She can also make phone calls and talk to characters, and even help the partisans. The game is split into chapters (days), and because some places are inaccessible on some days, activities are limited so the story can progress in a linear fashion. And the story pacing works quite well, with the game finishing at just the right time. 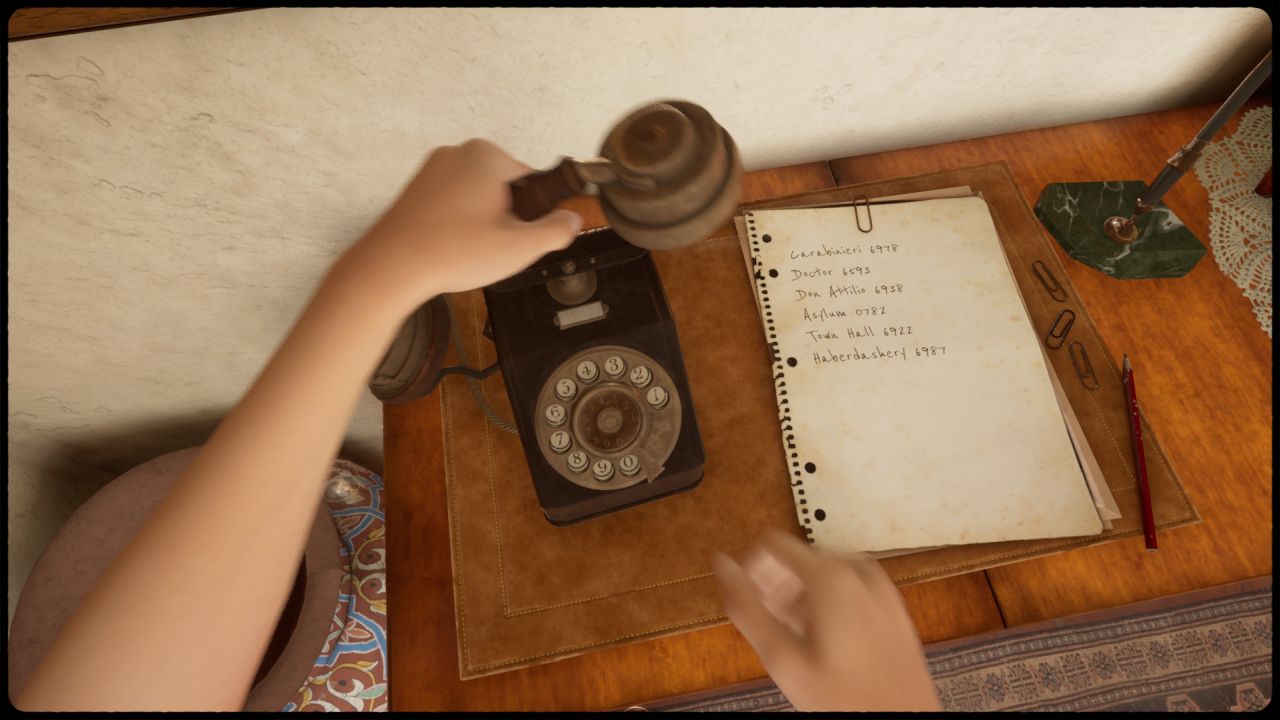 Many of Giulia’s mundane actions are precisely animated, which also helps to slow the pacing. When transmitting Morse code, you actually click to make the dots and dashes. Giulia’s bicycle tire can be inflated, so she can navigate the area more quickly, and the tire visibly fills up as she manually pumps away. The telephone numbers are dialed and each rotation is fully animated. Doors, letters, and newspapers, and more are all opened carefully too. The attention to detail is high and the first-person hand movements are outstanding. Games like this rarely bother to animate these interactions, let alone do it this well. But the extra detail is strange when some things are missing. Much of the story is told via text between scenes, although this usually works well enough. The few other characters in the game also talk just off screen, and the final moments are presented using abrupt cuts and restrictive camera angles. It is possible that some of this was done to save development time, and these few missing pieces do not detract too much from the many intricate animations that set it apart.

Because the game is set in Tuscany, it looks quite nice. Most of the world has fine detail, especially inside the house and areas you revisit multiple times. The woods and surrounding vineyards look good enough, but it is disappointing that there are so many invisible walls not far from home. There are even a few marionette plays to watch (and control) that have a ton of detail, although saying more would spoil things. The visuals come at a cost; the performance is not good with the Unreal Engine. It has extreme frame skips when turning, which can mean facing the wrong direction and getting more skips trying to orientate. Just moving through the small house can be incredibly annoying and hopefully a fix is on the horizon. 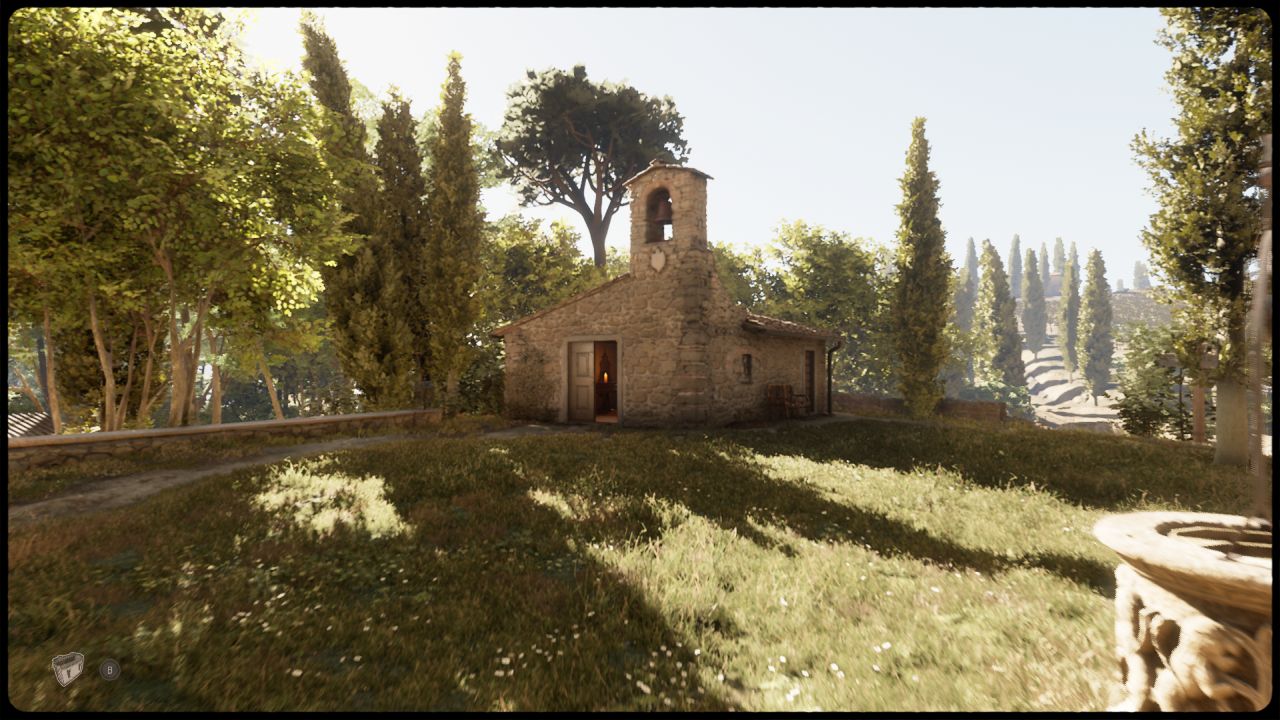 Despite some performance annoyances, Martha Is Dead makes excellent use of its layered narrative to tell a complex story involving the mental health of its main character. While Giulia searches for answers about her dead sister, players take photographs, explore a slice of Tuscany, and interact with objects via some amazing first-person animations. The subtle horror themes and war backdrop just add flavor to the complex narrative, and we’re always wondering about Giulia’s mental state. It is a tale that will keep players thinking after completion, and when a story is able to dive into the mind like that, it must have done something right.

Our ratings for Martha Is Dead on PC out of 100 (Ratings FAQ)
Presentation
75
Tuscany looks good and the environments are detailed enough, especially inside the house. The Italian voice work is pretty good and many of the first-person animations are exceptional.

Gameplay
70
There are not many complex tasks but it combines basic adventure mechanics with photography and exploration to remain engaging.
Single Player
85
Each piece in the story comes together to form a deep and interesting portrait of Giulia and her family, with the suitable application of folklore and the ongoing war to add some spice.
Multiplayer
NR
N/A
Performance
(Show PC Specs)
CPU: AMD Ryzen 5 3600
GPU: XFX RX 480 GTR Black 8GB
RAM: 16GB DDR4
OS: Windows 10 Pro 64-bit

60
It does not run well but the main problem is the frame skips/jumps when turning.
Overall
75
Martha Is Dead is a good adventure thanks to its deep look into the mind of a character under stress. Aside from performance issues and missed opportunities, the game has great attention to detail and careful pacing. 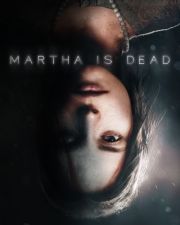