The King of Fighters XV Review

Truth be told, I used to be intimidated by SNK's brand of fighting game. Growing up, I was a fan of the genre, but struggled to be good at playing them. Street Fighter and Mortal Kombat were complicated enough for me. It wasn't until the studio crossed over with Capcom that I realized that their portfolio perhaps wasn't as daunting as it appeared. From there, I found myself going back through their works, and specifically became a fan of The King of Fighters. The long-running franchise has frequently struck a fine balance between easy enough to enjoy and difficult to master. It's a consistent trait of the series, and one that is still found in The King of Fighters XV. 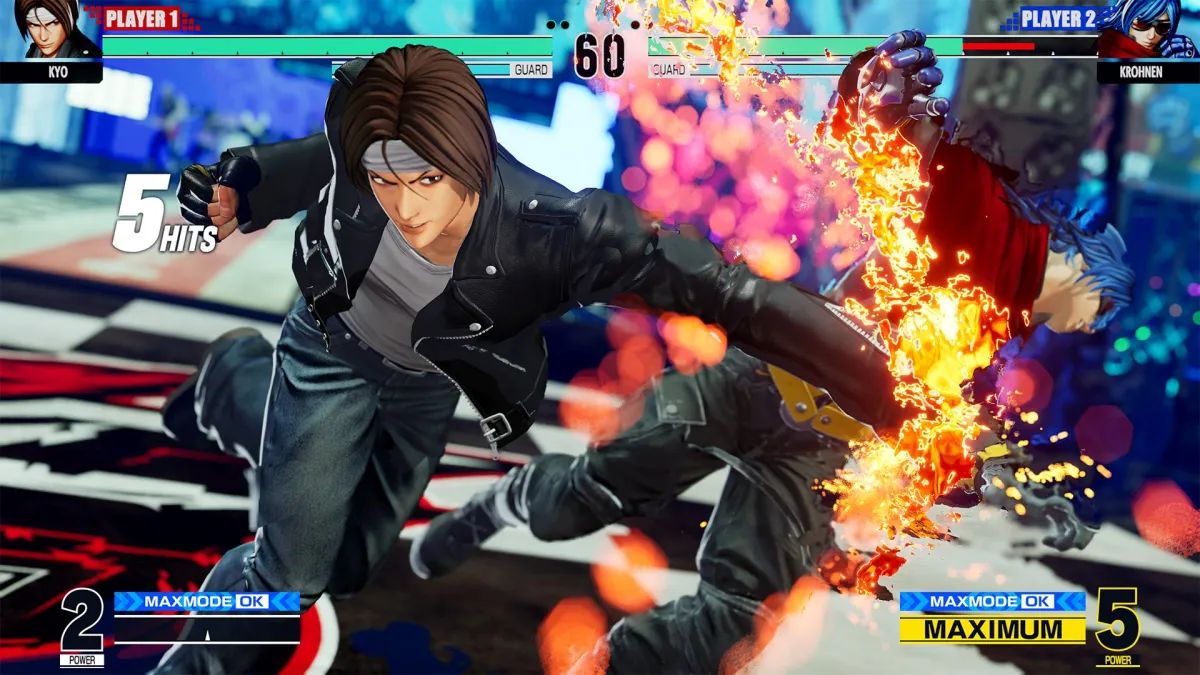 For the uninitiated, The King of Fighters is a franchise best known for its team-based system. Players can use the stacked roster of 39 combatants to build a team of three, or they can use one of the many preset teams. There's no tagging out, though, so you only move to the next member of the team once the current one has been bested. It's important to think about which order you want to send out your fighters in as well. The implementation of a strong fighter in the anchor position can be the difference between dramatic comeback and inevitable defeat.

The strategy of team making is just the tip of the complex iceberg that is The King of Fighters XV. The sequel does bring back numerous mechanics from past titles, so long-time fans will largely feel at home with the fighter. You can still roll through attacks with a press of a button, and the Rush auto-combo system is still there to entice newcomers. However, new additions and tweaks to old standbys will force even experts to spend some time honing their skills. The big addition is the Shatter Strike defensive mechanic. As long as you have some juice in your power gauge, you can utilize a Shatter Strike to interrupt an opponent's move. The power-boosting MAX Mode returns in revamped form, along with a less intense variation. It will now take two power gauges to enter MAX, but certain special moves can now be used outside of being in that state as well. The new version of the boost is known as MAX Mode (Quick). This variation lacks the power boost generated by the regular version but will allow you to more efficiently chain combinations and attacks.

For better or worse, the franchise remains as complex and tactical as it ever has. Even with the presence of a generous auto-combo system, KoF can still be tough to find solid footing in. There are so many mechanics you need to be aware of that it can be overwhelming just trying to keep track of everything. There are the maneuvers I just mentioned, but also tactics such as varying forms of cancels and blowback attacks that add even more depth to the engine. And unlike some of its contemporaries, the fighter is lacking in the training department. The tutorial walks you through how to play the game but struggles in fully explaining how to utilize the more complex moves. There's a Mission Mode that asks you to complete character-specific combos, but the demands of these missions are still steep. This is probably one of the more readily accessible entries, and it still feels unwelcoming to newcomers. There's a lot to like here, but if you aren't going to put in the time, you're going to get torn to shreds both online and solo. 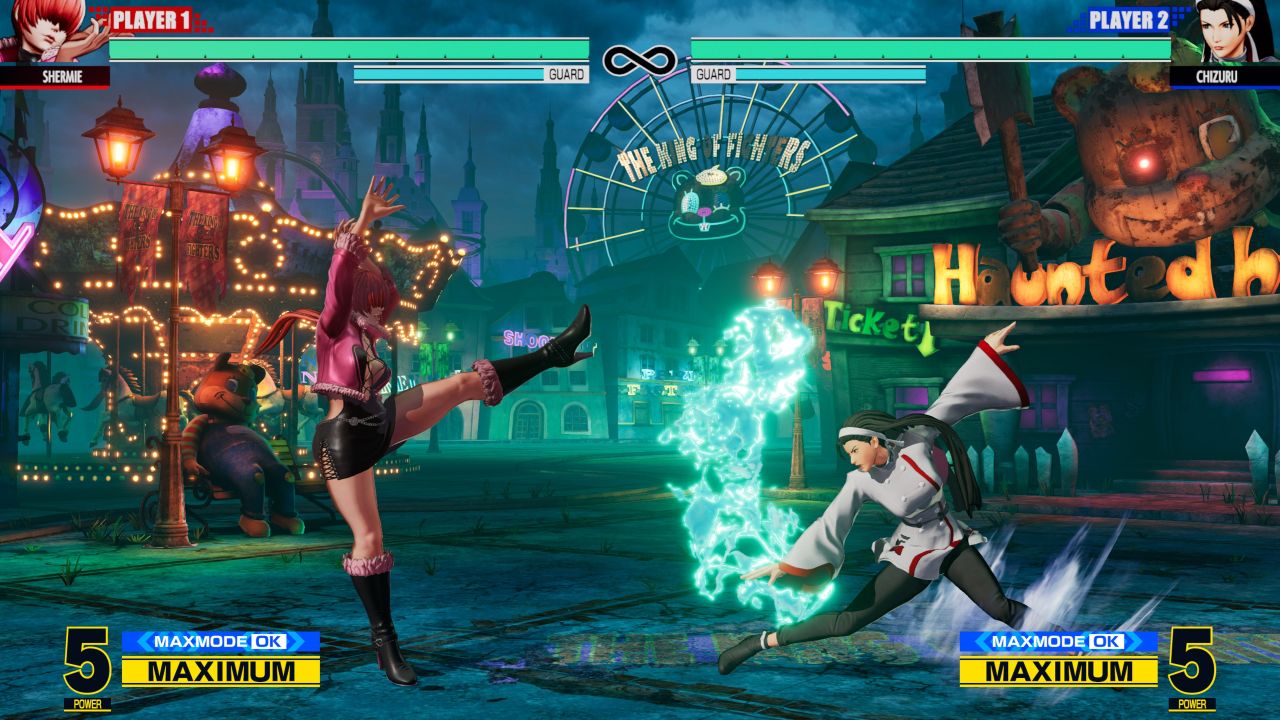 The first step to truly getting good at The King of Fighters XV is to find what members of the roster suit your playstyle. Thankfully, with 39 combatants available at launch, there are plenty of options for you to experiment with. Beginners would be wise to stick with classic fighters such as Iori, Terry Bogard or Benimaru. Characters who offer a solid range of attacks and are easy enough to learn. As you continue to hone your skills, it might be good to try out some of the more complicated fighters. This could lead to you learning more about Ash Crimson, who is great at zoning, or Shermie, who is a speedy grappler. Just jumping in and button mashing with these characters is a death sentence because they aren't built for that. If you take the time to study them, however, you'll realize they all offer excellent potential. And really, that's one of the things I truly appreciate about the game. SNK has done a fantastic job of crafting the roster, and there really aren't any weak links to be found. There is potential across the board. You just need to find out what works best for you.

When you do feel confident enough in your skills, KoF offers a solid suite of multiplayer options. Versus mode has both the traditional 3v3 battle, as well as 1v1 fights. If you want to spice up that mode, there's also the new Draft VS mode, which won't let players select the same fighter as your opponent. As for the online options, there is Ranked, Casual and Room Matches, as well as Online Training. All of these are standard fare for the genre, but SNK has significantly improved the net code for this iteration. Utilizing online rollback, the online matches have never felt better. This has been a real issue for the studio in the past, and I'm glad that they were able to put something in place that always delivers.

Unfortunately, the single-player options aren't as solid. Story mode is basically a glorified arcade mode. You can either choose one of the pre-set teams, or make a team of your own, and fight through a handful of battles. Along the way, cutscenes will be interspersed focusing on a specific few characters dealing with the fallout of the last tournament. After winning the tournament, your team will have to face off with a monstrous new threat, as per fighting game tradition. Once that has been defeated, you could get treated to a team-specific ending, provided you chose to use a real team, and not a custom one. It's disappointingly limited, especially if you find yourself getting dismayed by the challenge of fighting online. 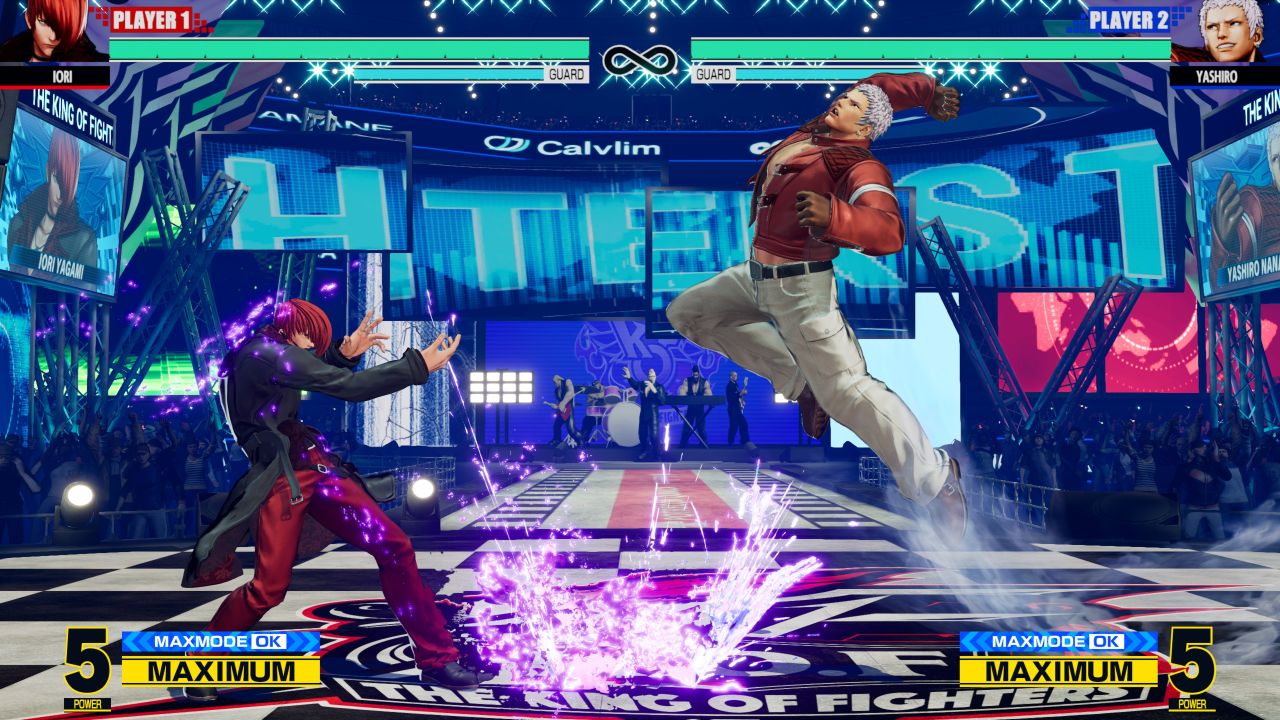 For as much hullaballoo as SNK gave it, I wasn't too impressed with the story of King of Fighters XV. My main issue is that it doesn't do a good job of including the full cast of characters. Instead, it narrows its focus to only a handful of teams, with Hero Team (Shun'ei, Meitenkun and Benimaru) and Rivals Team (Isla, Dolores and Heidern) being the main players. There are times where the team-specific endings will explain how they fit into the overarching story, but they don't show up in the cutscenes during the story, so it comes across as kind of lazy. I actually like the writing, and the endings are generally great. I just wish SNK had taken the time to better integrate the full cast into the main story.

After delivering some of the best 2D visuals for King of Fighters XIII in recent memory, SNK transitioned to a 2.5D look for the follow-up entry. The results were fine enough, but a definite step-down. For XV, the studio has improved upon the character models and other various visual effects. The facial animations are fantastic, and character movements are smooth and fluid. The splashy effects used for special maneuvers are incredibly eye-catching without being too distracting, which is a hard balance to achieve. The visuals aren't perfect, as there is some clipping that occurs with certain clothing items, and I don't love all the character designs either. Some of them are a little too stylized and over-the-top for my tastes. Overall, though, it's still a significantly improved outing for SNK, and a solid visual showcase on current-gen consoles.

The King of Fighters XV continues the series' reputation as a game for fans of the fighting genre. It doesn't include the plethora of features its peers do but makes up for it with delivering on almost all the essentials. The combat engine still takes significant time to fully learn, but the learning curve is not as steep as it used to be. And while the title may not deliver on its single-player potential, the multiplayer is fantastic thanks to a significantly improved net code. The series may not reach the commercial success of its peers that it deserves, but entries such as this one continue to make it one of the best in the genre.

Our ratings for The King of Fighters XV on Xbox Series X out of 100 (Ratings FAQ)
Presentation
74
There are some technical gaffes involving clothing on the character models, and I don't love all of the character designs, but KoF XV mostly impresses on the visual front. Animations are fantastic, and dynamic special effects make every battle feel unique.
Gameplay
85
The King of Fighers XV may still be a tough nut to crack, but it at least feels more accessible in some regards. The combat engine is still easy enough to get into, but the high bar for competency may still be a turn-off for casual fans.
Single Player
65
The few single player options included won't surprise fans of the genre. Training could still use refinement, and Mission Mode will only please die-hard fans. The Story Mode has its moments, particularly in each team's ending, but could have done a better job of roping in more of the cast.
Multiplayer
88
After struggling in the past, SNK finally delivers a solid net code. Online play has been crisp and lag-free throughout my time with the title. There aren't a ton of modes, but it's still easy to waste away hours brawling online.
Performance
90
Strong performance across the board while playing on the Xbox Series X.
Overall
81
The King of Fighters XV may lack the bells and whistles of its more famous contemporaries, but it makes up for that with strong combat mechanics and online play that manages to keep up with the fast-paced action the series is known for.

The King of Fighters XV 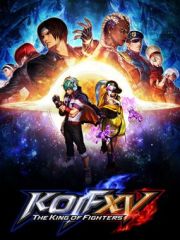 The King of Fighters XV
10 images added 291 days ago

The King of Fighters XV - Launch Trailer
Posted: 298 days ago

All videos for The King of Fighters XV (1)
Advertisement ▼