It's interesting to think about where the Pokémon franchise is at in 2022. The series remains a sales juggernaut for Nintendo, but it has also remained stubbornly stuck in its ways at times. This is perhaps best seen in the previous release, Brilliant Diamond and Shining Pearl, which were disappointing remakes that still managed to sell over 10 million copies worldwide. Perhaps the reason for which those remakes turned out the way they did, though, is the fact that series creator Game Freak was busy working on Pokémon Legends: Arceus. Who better to reinvent the franchise then the team that created it in the first place? 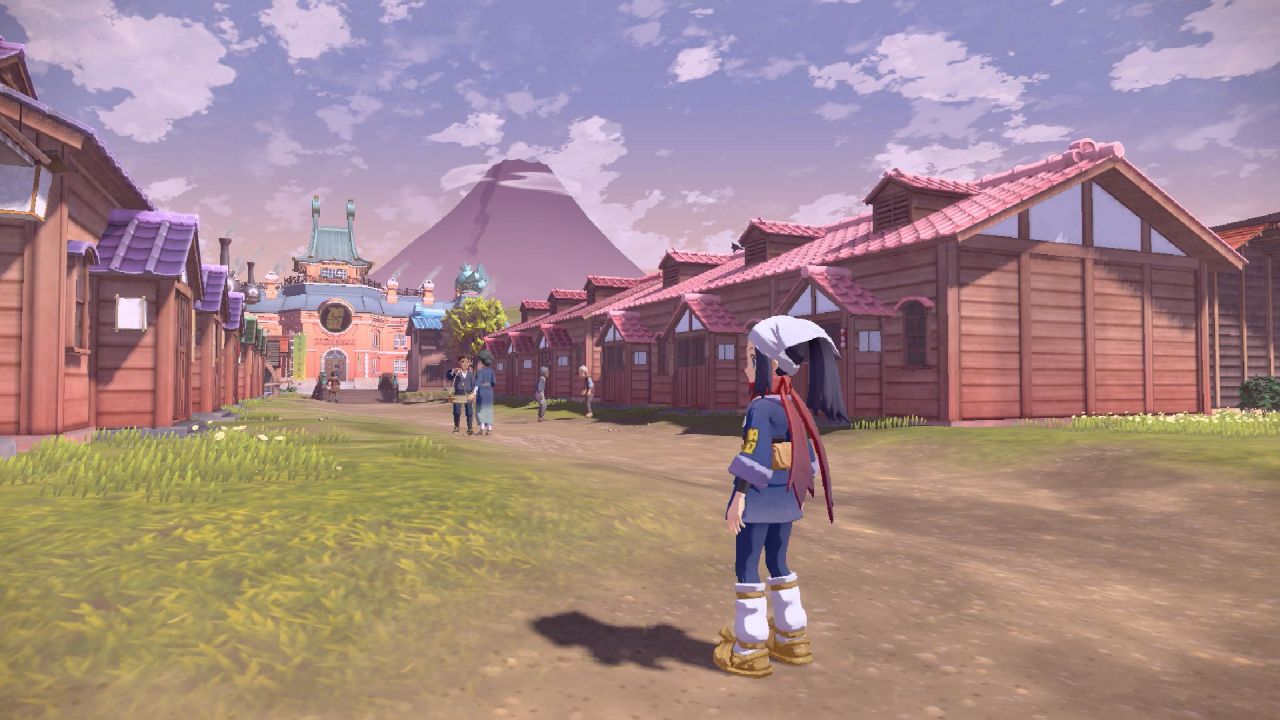 Eschewing the traditional RPG action the series has been known for, Pokémon Legends is almost a full reinvention of the formula. Gone is the plot thread of trying to be the best in the land at battling, as well as going from gym to gym conquering leaders. In its place is an experience that wants you to get out in the world and interact with Pokémon in ways you couldn't in the past. Your mission is not to become the best trainer in the land, a la Ash Ketchum, but rather to research these unique creatures. You still need to battle and capture them at times, of course, but it's for a higher purpose now.

What hasn't changed, though, is the fact that you still get a starter Pokémon to take on your journey. In Arceus, your three options are Rowlet (Grass), Cyndaquil (Fire) and Oshawott (Water). Once you choose which creature best works for you, then begins the quest to complete the first ever Pokedex. This is a mission you are essentially roped into completing by Professor Laventon. When the title first begins, you are dropped into the historic Hisui region from a space-time rift in the sky. With an offer of room and board for you, the best course of action is to assist the Professor with his research.

As Professor Laventon's assistant, you begin working under the umbrella of the Galaxy Team. As a member of the team's Survey Corp, you'll get to explore the vast region of Hisui in search of undiscovered and rare Pokémon. To complete a Pokedex entry for each creature, you need to log specific tasks. Typically, this includes activities such as catching them, defeating them in battle or getting them to evolve. In addition to filling out the Pokedex, you will also come across various citizens that need assistance completing tasks. What's interesting about the time period you are in, is that the general public is still very wary of Pokémon. As the bridge between human and monster, you can help both sides come to terms with sharing the world with the other. 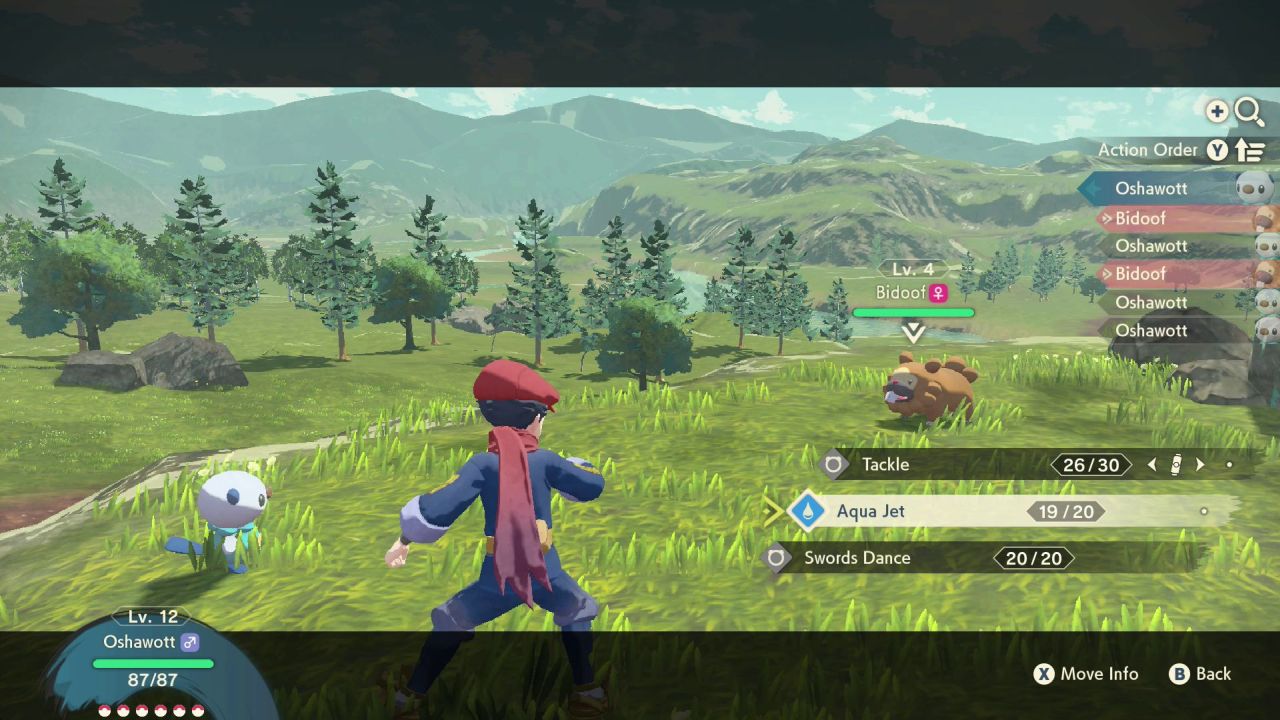 The story is more interesting than I was expecting, but still bit of a weak spot. I think Game Freak has done an excellent job of fleshing out the NPCs for Arceus. Whether it be another clan leader or just a regular townie, they have their own unique personality. The feudal setting helps here as well. With no gym leaders/Elite Four to conquer, the story is free to go in some interesting directions. I was caught offguard by where the story ends up, but not disappointed with it. However, I do think the title suffers from pacing issues. The beginning hours are a real slog, as you are constantly interrupted by minor cutscenes. I want to get out there and catch some Pokémon, not listen to the Professor babble on about something. It gets better as you progress, but the early portion of the campaign really could have used some tightening up.

As you complete entries in the Pokedex, you'll earn research points. Acquire enough research points, and you'll get bumped up a rank in the Galaxy Team. As you become a more experienced member of the Survey Corp, you'll be sent out to further and further lands to complete your research. The XP loop begins again from there, as new regions house new Pokémon for you to log. Along the way, you'll still be completing the title's main missions, as well as finding new requests to fulfill. The leveling loop of Pokémon Legends isn't complicated, but it's implemented extremely well. Game Freak has done a great job of getting you to complete specific tasks, while also making sure that you aren't getting too bored with what you are doing. I enjoyed figuring out how I was going to complete a certain task in the Dex, or what's the best way to approach a newly discover Pokémon.

With the shift in gameplay, Pokémon Legends plays far differently than the prior entries. I would perhaps describe it as an open-world, action-RPG-lite. All the Pokémon are roaming Hisui, and you are free to approach them as you see fit. If you want to sneak up on them to catch them, you can, or you can just bonk them right in the face and see what happens. Faster travel options open over time as well. While that does cut down on some tedious walking, it would behoove you to explore as much as you can on-foot. Not only will you find some Pokémon you might have missed, but also resources that can be used to craft new items. The downside to going off the beaten path, though, is that you may stumble upon some battles you might not be ready for. 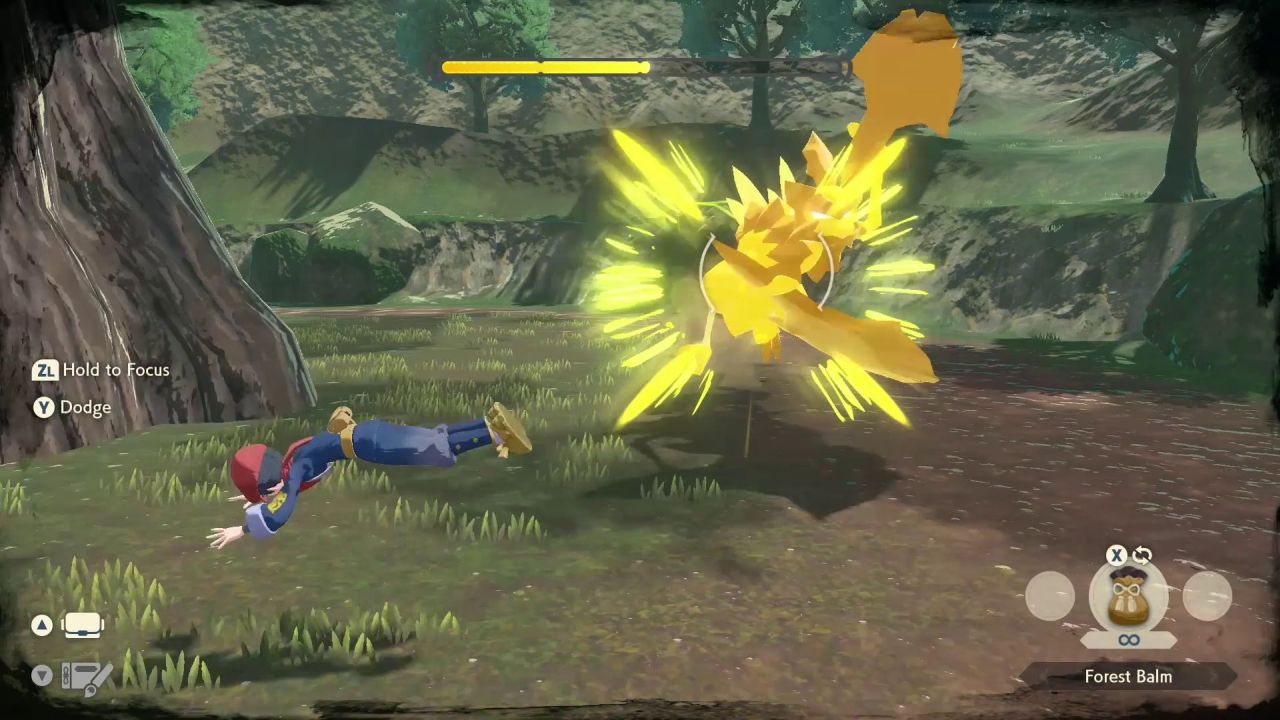 If you are not able to catch a Pokémon quick enough, you will most likely get stuck battling it. You can either choose to initiate battle yourself by unleashing one of your own monsters, or the wild creature may straight up attack you personally. The battle system will feel familiar to fans of the franchise, but there have been some tweaks to the engine. The most critical are the addition of Strong and Agile attacks. These modifiers can be used to either boost your power, but lose a turn, or gain an additional turn at the expense of power. This adds a new layer of strategy in battle, and something that needs to be continually monitored. Other trainers you face-off against can use the same tactics, so you always need to be prepared for that possibility.

One of the other changes to the battle engine is how you view the battles. Previously, the camera was stuck in a fixed position focused exclusively on the Pokémon. For Pokémon Legends, though, the view has been widened, and the trainers are now closer to the action. Prior to choosing if you want to attack, use an item, or recall your monster, you can roam around the battlefield. If you want to stand side-by-side with your Pokémon in battle, or if you want to view the fight from a safer distance, the choice is yours. You can even circle around while your enemy makes their move. Once you do select an action, though, you are locked in place until that specific action has been completed. It’s far from the biggest change to the battle system, but I appreciate that we now get a closer view of the showdown.

Outside of battles against regular Pokémon and trainer battles, there are also unique boss battles. These battles take place against Noble Pokémon who have been turned wild due to same rift you fell out of. Before you can tackle these creatures, you need to speak with the Warden who looks after them. They will let you know what foods they enjoy, which you can then turn into a balm to throw at them. This is handled the same way you would throw out a Pokeball, except now you are stunning the creature with them. Once stunned enough, you can then send out one of your own Pokémon to dole out damage. Both difficult and exciting, each boss battle was fascinating to take part in. 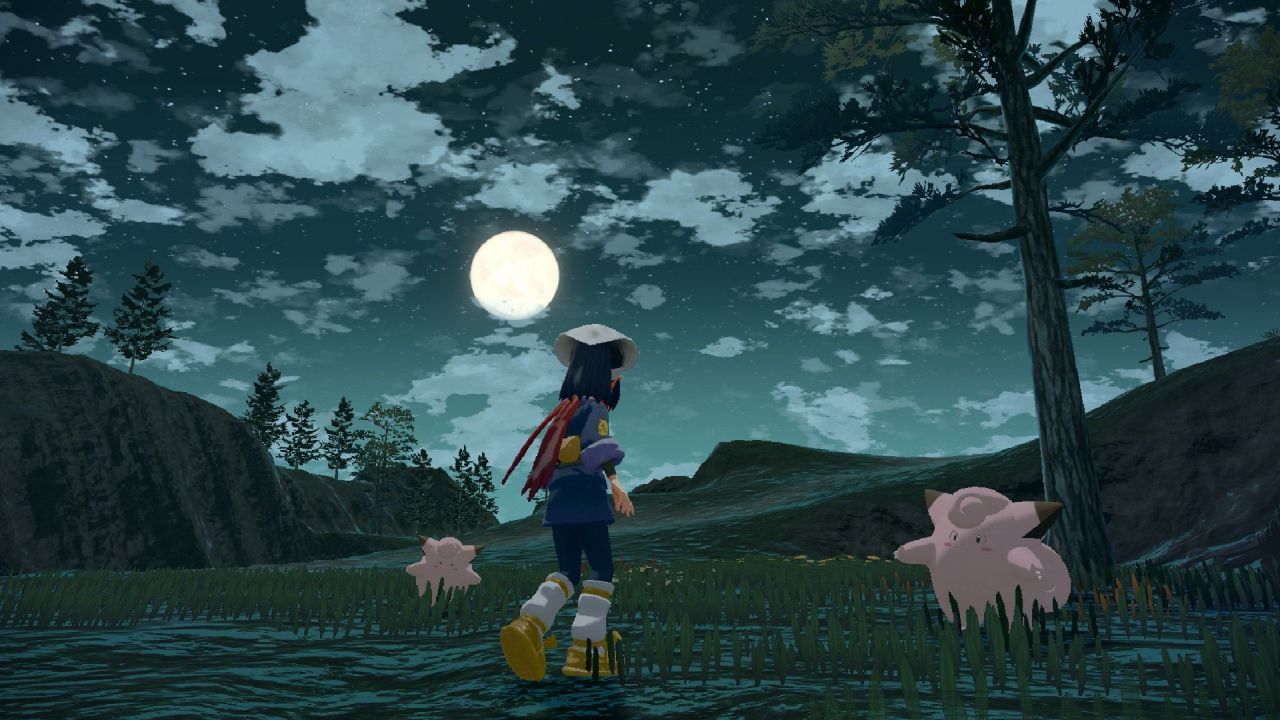 There's a lot of ground for you to cover in Pokémon Legends, which unfortunately ties into the most glaring aspect of the title. Due to the limitations of the Switch, the title struggles mightily in the visual department. The draw distance is limited, textures are often repeated and lack detail and items pop in out of sight sometimes right in front of you. It's a bummer because I do think there are fun visuals within this mess. The period-appropriate garb is finely designed, and the designs of the Pokémon are still solid. I'm assuming Game Freak had to cut down the visual flourishes to get the title's performance under control, but it also just seems like the studio just needed to do some extra polishing.

Pokémon Legends: Arceus may not be what fans expected, but I think it's what the franchise needed. It's a welcome twist on the traditional series formula. The collecting and battling are still there, but the shift to exploration and discovery makes the world feel much more interesting. There's a chill and comforting feeling to just being out in this world and doing your research. It's not all perfect, as the title's poor visual quality and meandering opening chapters are a pain. After the disappointing Diamond and Pearl remakes, though, it's exciting to see that Pokémon still has fresh adventures to give.

Our ratings for Pokemon Legends: Arceus on Switch out of 100 (Ratings FAQ)
Presentation
50
Has plenty of color, and the designs for both Pokémon and fellow humans is solid. However, there's a distinct lack of polish to the visuals. Texture pop-in is a constant issue, and the draw distance is poor.
Gameplay
84
The world is easily manageable thanks to fantastic controls, and solid mechanics. I never felt overwhelmed by the number of options afforded to me. The tweaks to the combat engine add a new wrinkle to each battle as well.
Single Player
74
The opening hours may be a bit of a slog, but things improve significantly once you get past that. The investigation into why you came to this region, as well as how it is affecting certain Pokémon provides solid twists and turns. Game Freak has also done a much better job of defining the side cast of characters.
Multiplayer
NR
You can trade with fellow players, but there's nothing else besides that in the multiplayer department.
Performance
70
When paying docked, there are slight frame rate dips while exploring Hisui. However, in handheld mode it does not seem to be much of an issue.
Overall
75
Pokémon Legends: Arceus is far from perfect. The visual issues and boring opening stretch make that clear. However, the title is still a majorly fun and exciting evolution of the franchise. Getting out there in the world and interacting with the Pokémon has never felt better. I'm excited to see where Game Freak goes from here, which is not something I would have necessarily said after prior entries.