A Scandal in Cordona

Sherlock Holmes is a character that has stayed within the public zeitgeist since his first published outing way back in 1887. Since 1887, Sherlock Holmes has been adapted into every storytelling medium, from literature to films and to games, thanks to Frogwares. While the continued public obsession with Holmes isn't something Conan Doyle foresaw or wanted, it is easy to see why a super smart, cold and purely logical consulting detective would continue to capture the public's imagination. 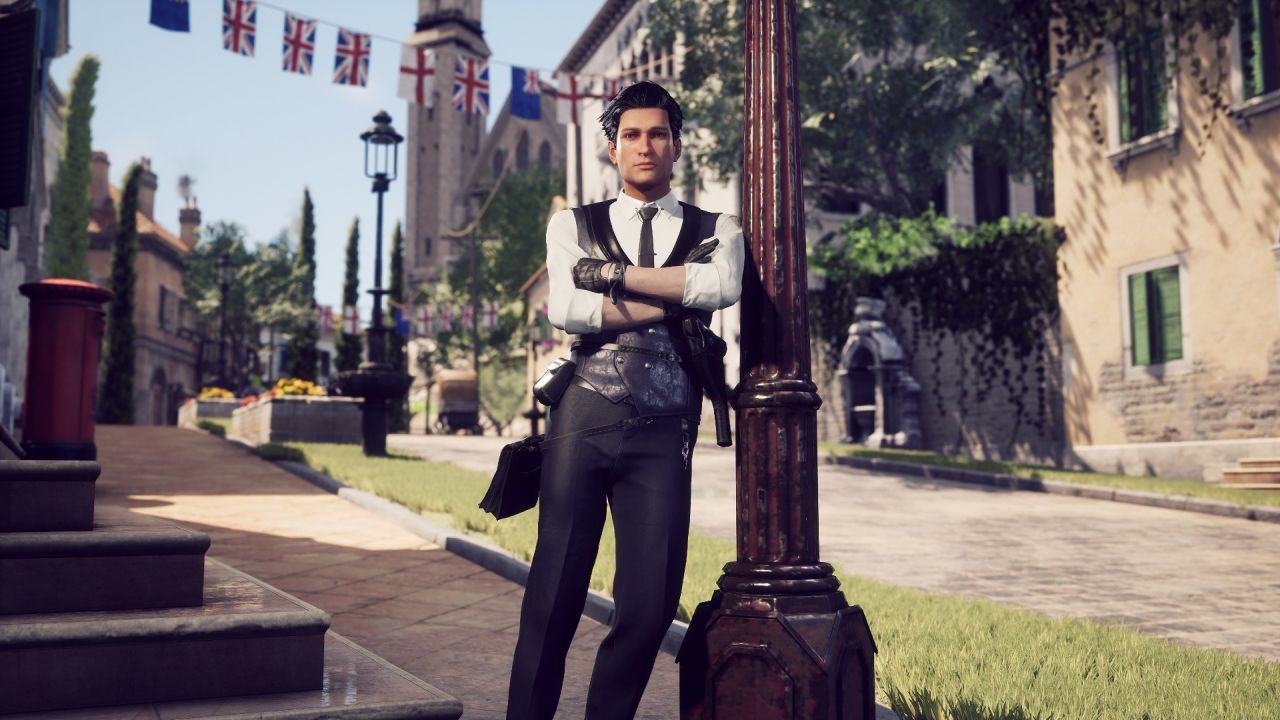 Frogwares made their first Sherlock Holmes game back in 2002 and my first entry into the series was in 2009 with Sherlock Holmes vs Jack the Ripper. The developers clearly have felt like trying something new with Sherlock Holmes after nearly 20 years, and so we come to Chapter One. Here, a young Sherlock Holmes has not actually worked on any criminal cases and is, instead, motivated by a personal goal of figuring out what happened to his mother, Violet Holmes.

With the story focusing on Sherlock's mother and his childhood friend, Jon, it allows the narrative to shine. The story essentially plays out as therapy for Sherlock as he learns about what happened to his mother, with further memories opening up as you progress. The main story is broken up between investigating the Holmes household and solving criminal cases on the island of Cordona, which range from a murder committed by an elephant to one committed during a secret cult meeting. These cases have to be investigated so you can open a new door within the house, thereby clearing a mental block in Holmes' head. During my time with Chapter One, I found the writing to be compelling and the ending was genuinely surprising and heart felt.

Throughout the game, you'll spend time with Sherlock's imaginary friend called Jon. The name does feel very uninventive and it is a hurdle to get past. I enjoyed spending time with Jon as he functions as a human and emotional voice to Sherlock, showing another dimension to Sherlock's personality. The game's big emotional moments hinge on Jon and he pulls it off well. Despite this, he is also functionally useless in gameplay. Jon could have been a walking hint machine, but instead he has one line of dialogue for each position he sits in, in any given area. He also has a journal where he praises Holmes for his intellectual prowess, or admonishes you if you make too many mistakes like using a wrong disguise or asking too many questions from irrelevant people. These journal entries repeat themselves pretty early on and again are functionally useless as you already know if you're making progress or making mistakes. 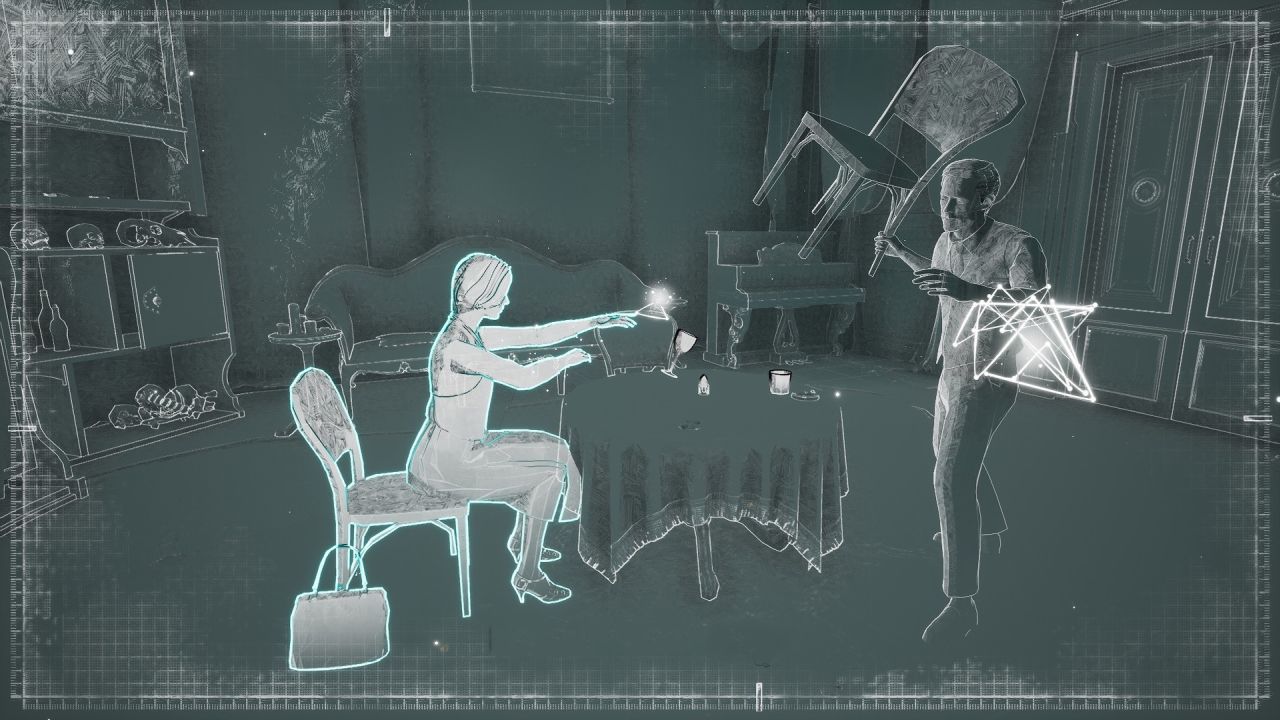 Any Sherlock Holmes game would not be complete without investigations and acting as a consulting detective. Luckily, the general detective gameplay is great fun. Investigations are usually complex and require different skills to collect all the clues. Obviously, there is the investigation of a crime scene, which is helped with a special detective vision and an ability to highlight points of interest in a small area. Further to this, evidence can be shown to witnesses to get their response; Holmes can follow tracks to new clues, eavesdrop on people of interest and use his mind palace to make sense of the clues. Most mind palace options lead to a single conclusion, but occasionally you get a choice to make which influences how the case finishes. You also get the option to observe specific people, which allows you to pick out important pieces of information and deduce their personality. Eavesdropping works as a little minigame where random phrases pop up and you have to filter out which parts of the conversation are relevant. There is penalty for failing and you can eavesdrop as many times as you need, meaning there is no need to actually play the minigame properly and you can filter out the answers over time. Further, you can also use disguises to get into certain areas. It is left up to the player to decide which disguise to use, but it is not hard to work this out. You have to buy disguises from a vendor, with currency earned from solving side cases for the police.

Another aspect of investigations is that you can pin evidence to your HUD. By doing this you can focus on areas that require your attention, and it allows you to ask random NPCs for further information on that particular piece of evidence. So, for example, I pinned a piece of evidence stating that a person of interest is a competitive sailor and I could ask members of the Yacht club about their identity. By pining evidence, it also highlights specific evidence which is usually undiscoverable with any other evidence pinned. This usually caused me the biggest headache, as I had one case held up for an entire day because I missed one piece of evidence which I could not find without the right objective pinned up.

Chapter One follows a trend of giving the player minimum help. It is a blessing and a curse. It makes moments of discovery incredibly satisfying, but this is punctuated with moments of frustration while you run around like a headless chicken, trying to work out what you need to do next. I did find these moments few and far between, but vexing enough to seriously lengthen my game time.

Unfortunately, the combat is not as well done as the investigations. To be blunt, it is awful and should be avoided at all costs. Luckily, there is an option in the settings to avoid combat altogether which makes the game a far better experience. Combat is essentially an arena where you fight several waves of enemies. Sherlock isn't the strongest but he is smart, so you can slow down time to aim for the weak spots or environmental hazards to stun your enemies. You then have an option to knock them out or kill them, with no repercussions to playing like a psychopath. It adds very little to the game and it feels like a chore to play through these sections. 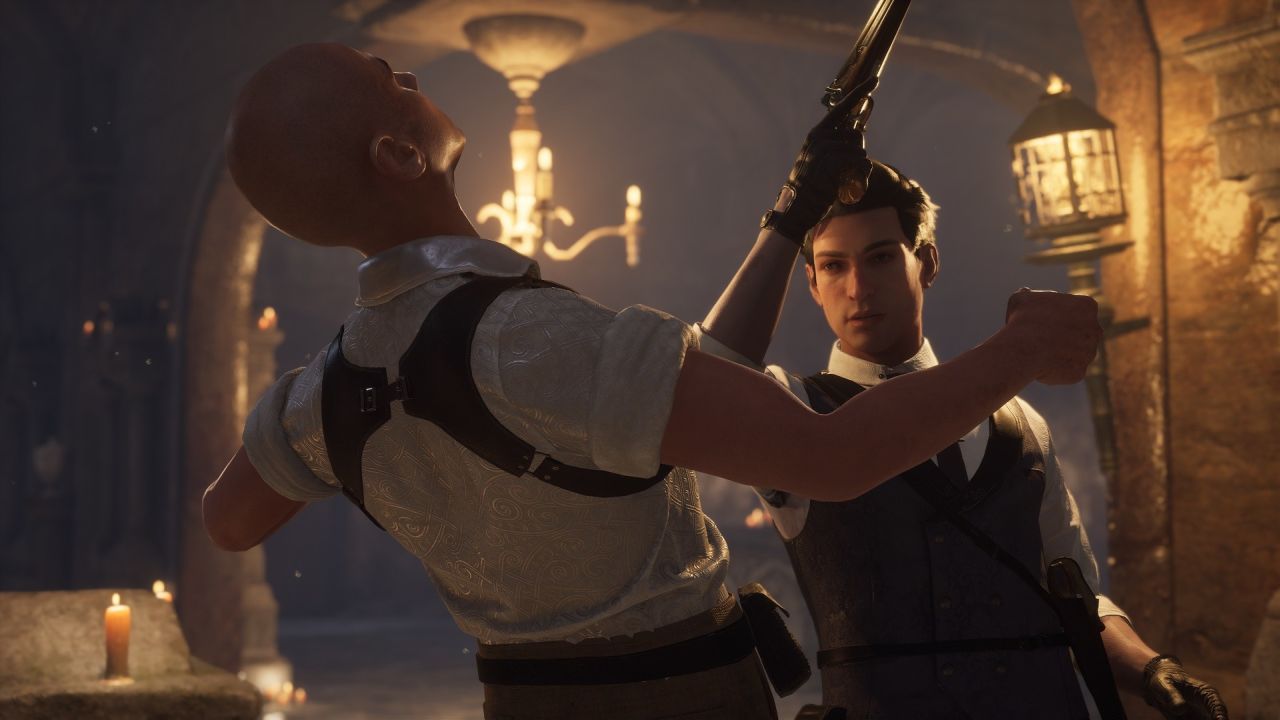 The cases are generally well written, and are very open ended. While this does leave plenty of ambiguity as to whether you made the right choice or not, it lets you feel in control of the case and allows you to put in the mental work to conclude it. The moral decisions you make have no weight or impact and do not change the experience. It doesn't affect how people react to you, nor does it change how the story plays out. The only time your choices actually matter is with the ending, which only hinges on your last few decisions.

Beyond the main storyline, there are some side activities to take part in. There are extra cases you can take on, through asking the police or found organically on the island of Cordona. Some I found through eavesdropping or from posters around the world. Some of these extra activities flesh out Sherlock's childhood on Cordona and unlock new memories. These are fun diversions to engage in. However, not all side activities are made equal with Bandit lairs being the weak link. These are just combat rooms to test your combat skills in harder challenges. I can safely say the combat does not improve the more you play it.

The island of Cordona is nicely detailed. Each district is visually distinct and the NPCs change as well. In a more affluent area you can see colonial soldiers or members of the British Navy, but in a poorer area and you can see beggars and the downtrodden. Despite this, the world is lifeless with NPCs wandering around aimlessly. There are plenty of references to the wider world of Holmes and British culture with street names called Baskerville Street and Gallifrey Street, as well as references to previous games such as Ripper Street. In fact, the game is filled with Easter Eggs and references which are enjoyable and funny. My favourite was a reference to the Holy Hand Grenade of Antioch from Monty Python, with Sherlock musing that the person who brought it in claimed he was being chased by a murderous rabbit.

I also feel the game would've functioned better without the open world and if it played more linearly like the previous titles. It would've cut down on unnecessary travel, and improved pacing and level design. Apart from the island itself, the characters are usually nicely detailed, with the costumes being a highlight. The facial animations are somewhat lacking, however. They say the eyes are the window to the soul, but characters' eyes in this game are more brick walls. Lifeless and dead.

The performance of Chapter One is solid. The frame rate was steady with some occasional dips and stuttering, but it was nothing severe. There is obvious pop-in of NPCs in the open world. On top of this, NPCs move at a slower frame rate when they're in the distance which is particularly noticeable as Cordona is not that populated. 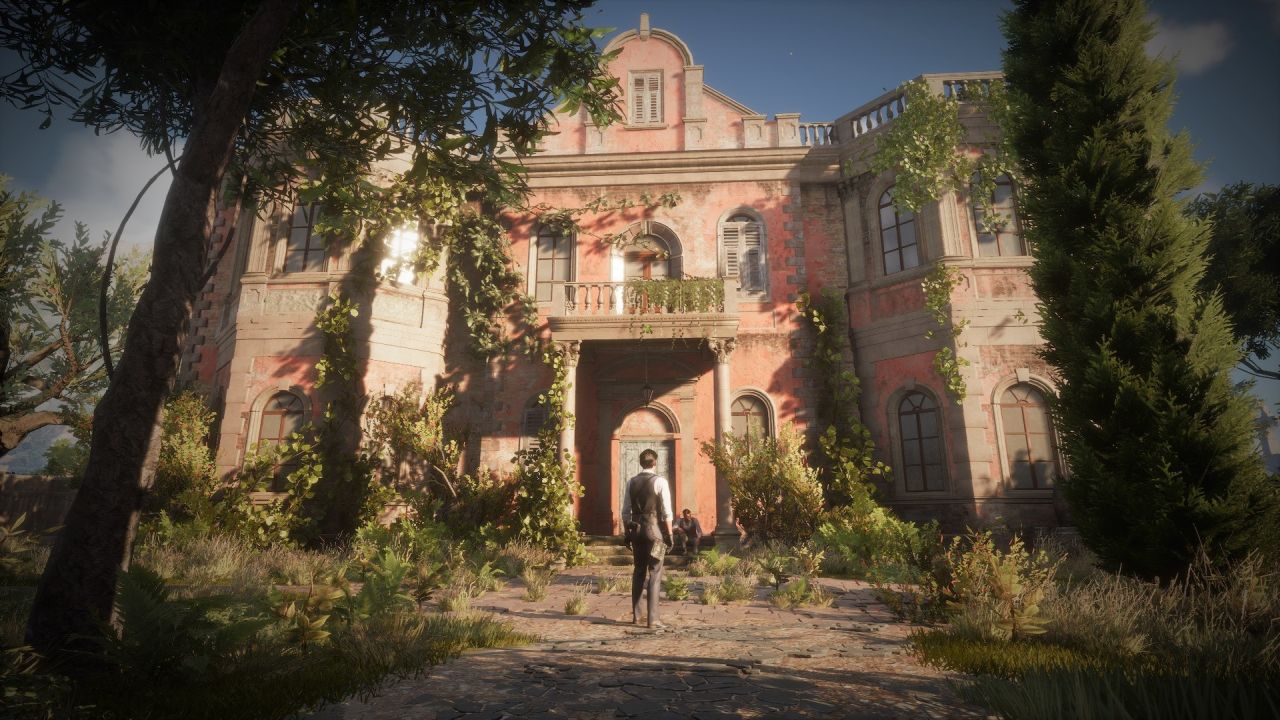 Sherlock Holmes Chapter One tells an interesting and heartfelt story about Holmes' early life. Working out the events of the past and how they all tie into the present is a joy and ended with an impactful and emotional ending. The investigations also live up to a Sherlock Holmes story, but using Jon as a hint system could have alleviated some of the difficulties. Cordona is a pretty island but a lifeless one and the combat is the only serious issue with the gameplay, but this can be mercifully skipped. Narratively, Chapter One is a triumph and it is fun to play, if not for the occasional performance dips.

Our ratings for Sherlock Holmes Chapter One on PC out of 100 (Ratings FAQ)
Presentation
67
Characters are generally well detailed and the city is made up of several distinct districts. Visuals are let down by stiff animations and some obvious corner cutting.
Gameplay
70
The investigation gameplay is superb and engaging. There is no hand holding which can lead to moments of frustration but they are the exception to the rule. The combat is repetitive and best avoided.
Single Player
80
The main story has genuine emotional moments and the friendship of Sherlock and Jon is well realized. The cases are well written and engaging with variety in how each case is set up.
Multiplayer
NR
None
Performance
(Show PC Specs)
CPU: Intel Core i7 11700k
GPU: GeForce RTX 3070
RAM: 32GB DDR4
OS: Windows 10 Home

68
When running, the game is smooth but there were occasional dips in performance. Pop-in of assets and NPCs is very noticeable in the open world.
Overall
73
Sherlock Holmes Chapter One is a solid entry into the franchise with well written characters and strong investigatory gameplay. Some distracting visual issues and poor combat sully the experience. 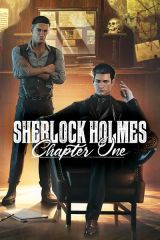 All videos for Sherlock Holmes Chapter One (8)
Advertisement ▼