A good looking but underwhelming shooter

Limited budget and indie games are often easily spotted. This can include reduced interactivity, a brief running time, and most notably, a unique art style that doesn't chew up resources on expensive special effects and triple-A presentation quality. Whether it's pixelated visuals, cel-shading or rough geometry, it allows creators to control their costs while not compromising on the presentation too much. However, some developers hope to break the mold, as is the case of Bright Memory: Infinite. Created by a small team at FYQD Personal Studio, and with a little help from publisher Playism, this first person shooter offers some high quality presentation, though it can't escape the other trappings of a limited budget.

The synopsis for this one is convoluted. Players assume the role of protagonist Shelia, who works for a Science Research Organization. She is suddenly called upon on New Year's Eve in the near future to intercept a military deployment that's headed to some kind of otherworldly anomaly. Upon arrival, she discovers that this military organization is trying to recover an artifact that can apparently resurrect the dead. A giant black hole opens in the sky, the village where you arrive is mostly destroyed, and things generally get whacky. You eventually end up fighting not just human, but also mystical enemies and the action moves up to the floating islands in the sky. It's a bit of a mess, and it's likely much was lost in translation from the developers' native Chinese script. The voice acting is equally unimpressive.

While words may get lost, the visuals are universal. The game uses Unreal Engine 4 quite impressively, delivering a fairly high production quality that's comparable to larger studios with a larger budget. It's not AAA or anything, but a very solid B-tier production. The texture quality, special effects, weapon design and animations are all quite well crafted. There is a near constant rain and/or storm happening, and yet the environments maintain their clean and sharp look. If you only saw a slice of gameplay, you'd be forgiven for mistaking it for a game with a much larger budget and brand name behind it, so it's quite impressive what the developers managed to do. It also helps that the game has a strong art style, drawing from Chinese mythology and immersively recreating collapsed temples and mythical enemies for you to shoot at. The sound design is solid, with a soundtrack that fits the setting and decent audio effects.

The one downside of the Asian influences is that the developers don't shy away from oversexualizing the main character. Her character model has exaggerated proportions, and the cutscenes make sure the camera sweeps around as closely as possible. You can also unlock new character skins that take things even further into absurdity. It's a weird thing to see in a game that otherwise tries to take itself very seriously.

In addition to its surprisingly good looks, Bright Memory: Infinite also has decent mechanics. As a first person shooter, you'll get to wield a variety of weapons, from the standard assault rifle, to pistol, shotgun, and sniper. The new weapons unlock as the story progresses, and you have to manage ammo for each weapon separately. The weapons can also switch to a secondary ammo type to deliver a specific type of damage, which is useful against enemies that typically have a specific weakness. For example, the larger military human enemies need heavy ammo to penetrate their armor, and some of the mystical foes are weak to certain types of bullets as well. Encounters range from clearing out an area of enemies in a generally straightforward manner, to tougher encounters and boss fights where you'll strafe backwards in a circle, putting clip after clip into the big bad. The weapon handling and feel is decently satisfying, again an impressive feat for an indie game, though it's by no means great.

Through combat and limited exploration there are blue orbs to collect, which act as upgrade currency for your character. You can purchase upgrades for your weapons, such as changing the function of your grenades to be sticky or cause shrapnel. You also have a bionic arm of sorts, which can be improved to create an EMP pulse or rocket punch foes. And lastly, you can also upgrade your sword, to unlock new moves such as sending slash waves, or a ground slash. It's a fairly basic and straightforward system.

When not shooting at foes, you will have to slice them up. The game insists on using its protagonist's sword in many situations, and some enemies are only vulnerable to the melee damage. You use the sword by pressing the melee button; it's not a weapon you can wield continuously. There is clear inspiration here from the Shadow Warrior franchise, but in reverse, as your traditional rifles are the mainstays, and the sword comes out when needed. As you might expect though, the melee is cumbersome to use and the first person camera isn't exactly able to track the action clearly. You can do a few different sword attacks, and can also use it to block some incoming damage. Compared to the rifles, the melee mechanics are awkward and don't have a satisfying feel. Still, at least the occasional environmental traversal – including wall running and a grapple hook – that you have to do is functional, if not particularly flashy. 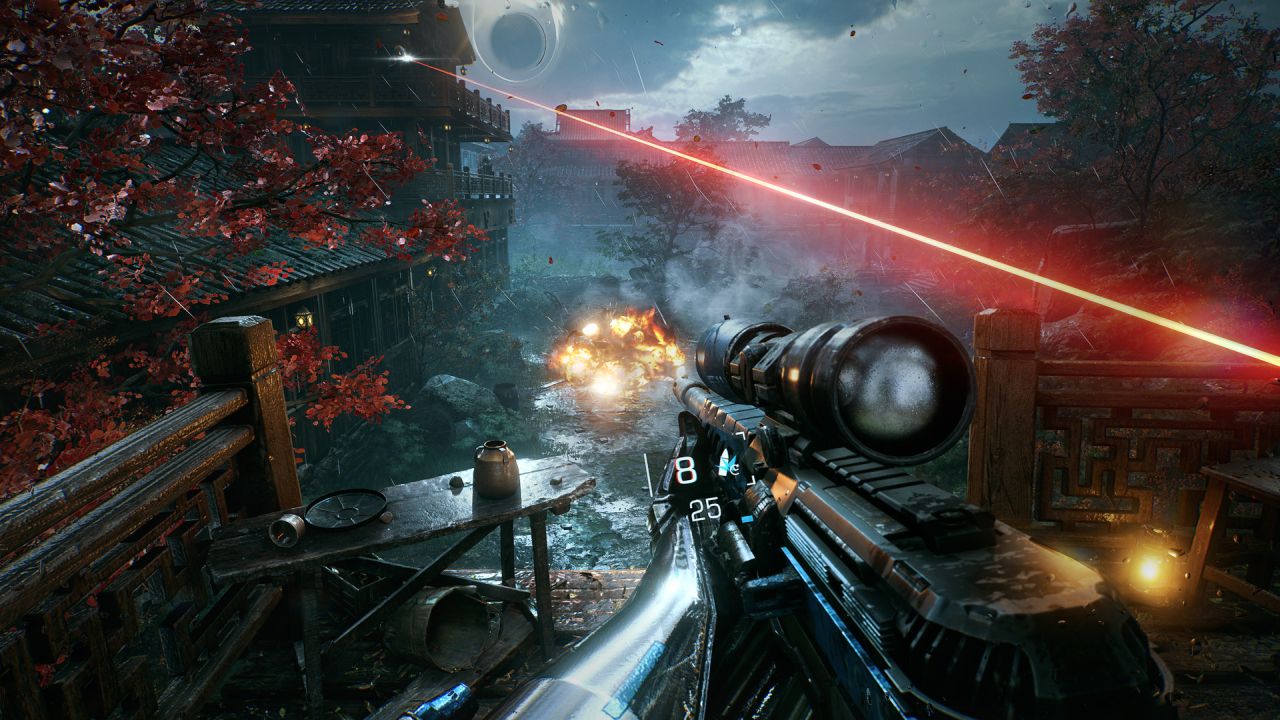 The enemies you fight also leave something more to be desired. Despite their creative designs, they are quite basic, and simply stand around and attack/shoot at you. Ranged human enemies don't utilize cover, and those with melee weapons just charge at you. The enemy spawns can be poorly placed, as they materialize out of thin air if you progress through a level too quickly. Eliminating foes can result in some very broken ragdoll animations, too.

As such, despite a promising foundation, the game's limitations become quite apparent after a short while. The levels are linear and brief, and offer no replay value. The story, as mentioned, is convoluted and unsatisfying, and yet falls to clichés in the end. There is a lack of polish in many areas, such as bullets coming through walls (but at least not hurting you), difficulty spikes because you run out of ammo, and even dreaded stealth and a driving sections. The game is also over in about 90 minutes, which may be a tough sell at the $20 asking price – though at least, unlike most indies, this does have the look of a game at that price point. By replaying the game again, you get one new high level difficulty setting, and also new skins for weapons and the main character.

Bright Memory: Infinite is an impressive outing for a small development group. By far their biggest accomplishment is using UE4 to create a game that looks like it could rival much higher priced titles. The action is surprisingly satisfying too, punching above its height. Still, at its core the game's limitations are unavoidable, with the awkward use of the melee sword, basic AI, linear levels and short length. It's a testament that high production quality isn't reserved for the top developers in the business, but at the same time it proves that it takes more than fancy graphics to create a great game.

Our ratings for Bright Memory: Infinite on PC out of 100 (Ratings FAQ)
Presentation
78
Possibly the strongest aspect of the game, the visuals are punching above their limited production budget.
Gameplay
65
The foundations are decent and the shooting feels okay, but the melee elements are cumbersome.
Single Player
50
The story is largely nonsensical, and yet ends up being cliché. Linear levels and some poor enemy spawning.
Multiplayer
NR
None
Performance
(Show PC Specs)
CPU: AMD Ryzen 5 3600
GPU: ASUS Radeon RX 580 8GB
RAM: 16GB DDR4
OS: Windows 10 Pro 64-bit 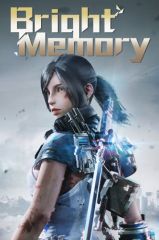