A fitting return for the genre-defining franchise

I consider myself a huge fan of metroidvania games, yet somehow, I’ve never played a single game from either franchise that inspired the genre. My reason for a lack of Castlevania and Metroid experience is largely because both series haven’t seen much in the way of new installments over the last few years, despite clear interest from their respective fanbases. While Konami is more than happy to bundle and resell old Castlevania titles, Nintendo have finally reawakened the Metroid series from stasis in the form of Metroid Dread, the first original 2D Metroid game since Metroid Fusion in 2002. 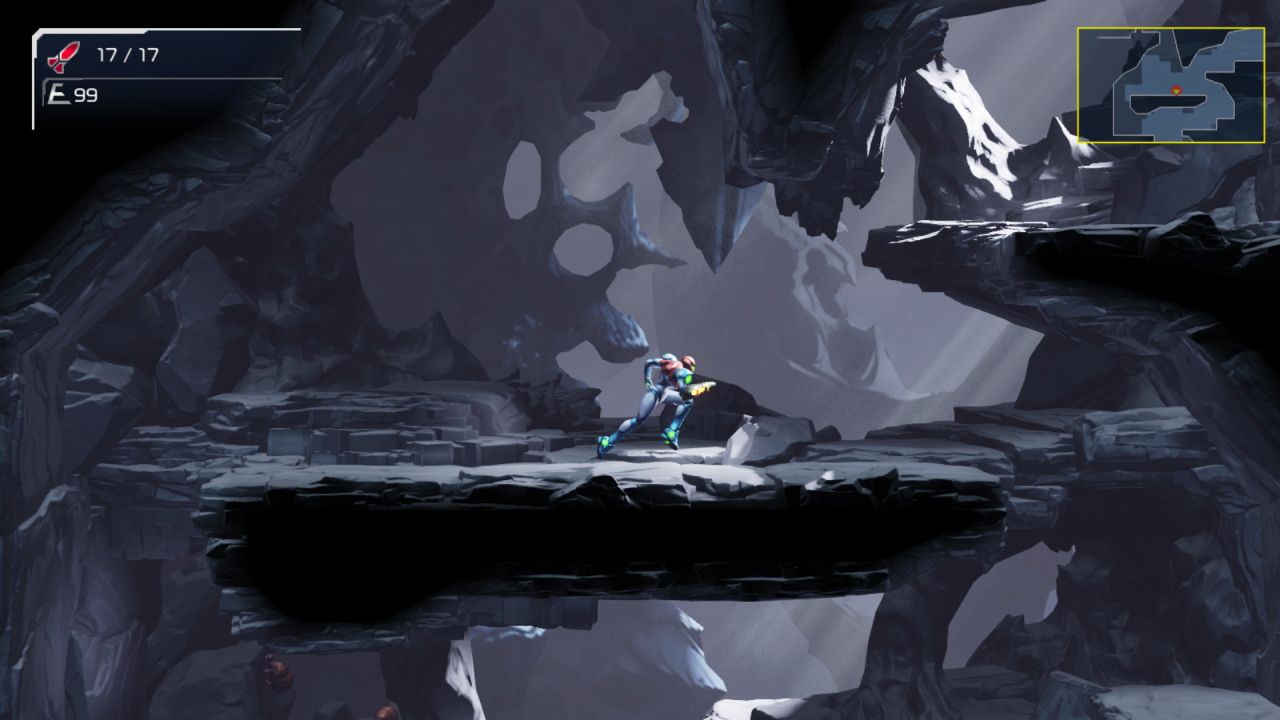 Metroid Dread sees you assume the role of Samus Aran, an intergalactic bounty hunter who has been given yet another mission by the Galactic Federation. A video transmission sent from the mysterious planet ZDR to the Federation appears to confirm the existence of a living X Parasite, a believed to be extinct creature that poses an enormous threat to the galaxy if still alive. Despite looking like little globs of jelly, these little pests aren’t sweet at all, with the ability to assume the form of whatever they invade. Seeing as Samus Aran is vaccinated against the X parasite, the federation tasks her with heading to ZDR to confirm its existence and eliminate it.

It doesn’t take Samus long to get into trouble on ZDR, as she quickly finds herself fighting a losing battle against an exceedingly powerful Chozo warrior named Raven Beak. He beats Samus, draining all of her powers, leaving her with no choice but to explore the planet in order to track down her lost abilities, all in the while also searching for Raven Beak and the X parasite. To make matters worse, a crew of extremely powerful E.M.M.I robots sent out by the Galactic Federation to ZDR have been reverse engineered and are also on the hunt for her.

Despite not expecting much in the way of narrative throughout Metroid Dread, I was pleasantly surprised by the moments that were present. The opening does a great job of recounting the events of Samus’ prior adventures, which in turn makes it easier to appreciate the story. There isn’t a great deal of storytelling overall, other than the occasional short cutscene, but it helps to maintain a strong sense of intrigue regarding things such as the intentions of Raven Beak. The story also has its fair share of entertaining and interesting twists and revelations, which I won’t spoil here for the sake of keeping them a mystery. Also deserving of praise is how good a job Metroid Dread does at giving Samus Aran plenty of character purely through her body language and actions within cutscenes. 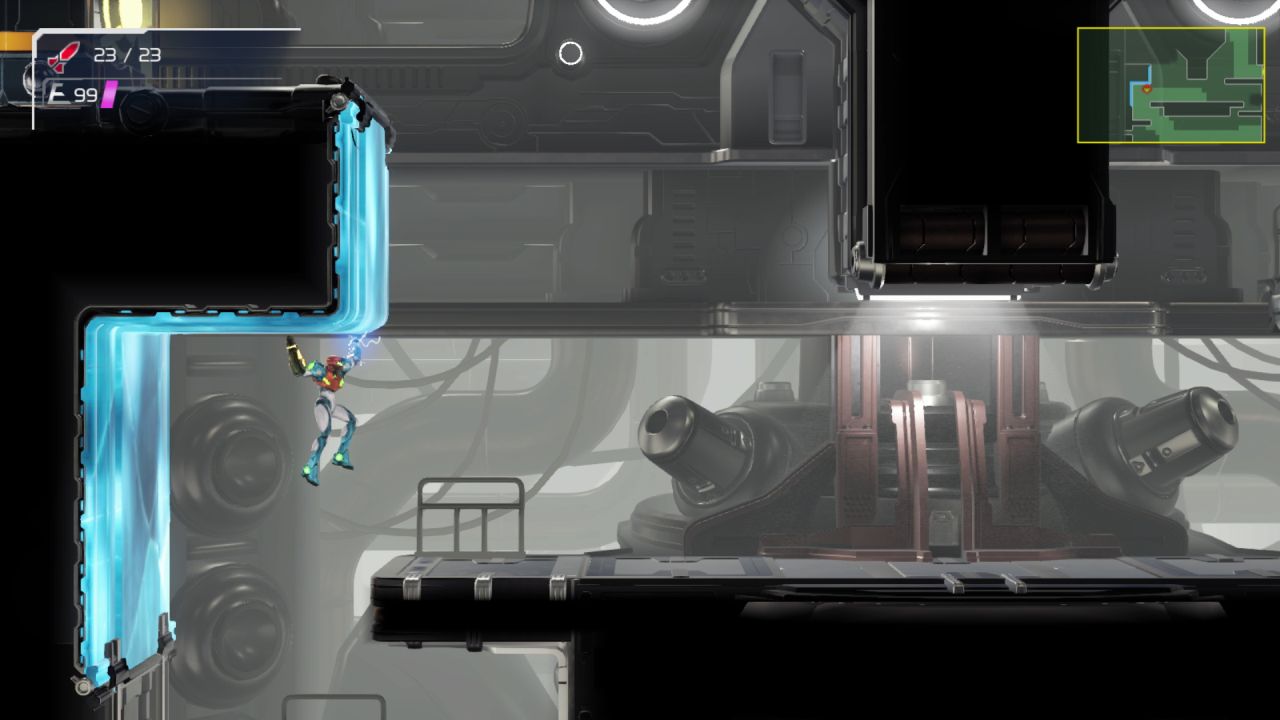 Visually, Metroid Dread both looks and runs great on the Switch in both handheld and docked modes, with the largely stable 60 frames per second frame rate impressing me the most. As to be expected on the Switch, you aren’t getting the high resolutions of other console platforms, but Metroid Dread still looks aesthetically pleasing during both gameplay and in cutscenes. The soundtrack also does a good job at immersing you into the world, with the E.M.M.I zone music perfectly fitting for the unsettling vibe of being hunted by an overpowered bot.

As you begin your journey through ZDR, Samus is severely compromised, with her iconic abilities like the Morph Ball, which allows her to turn into a ball and fit into confined spaces needing to be located and unlocked. In true metroidvania-fashion (can I say that if it’s a Metroid game?), exploring these 2D environments will see you slowly but surely restore Samus with her arsenal of handy skills, which will in turn free you to explore previously inaccessible areas that were mocking you each time you crossed them. Even without most of her powers though, Samus Aran still packs a punch.

Making your way throughout the various regions in the depths of ZDR feels enjoyable from the get-go because of how great the movement and basic combat is. Samus by default moves quickly, and is equipped with various moves, such as a slide and wall jump. Despite being relatively straightforward actions, the swift feeling of moment and the precise nature of the controls and platforming make controlling Samus through the labyrinthian ruins of ZDR a joy. On combat side of things, Samus begins with the power beam, an attack that shoots bullets from her arm cannon, alongside a limited supply of missiles that not only deal more damage than the power beam, but also can be used to destroy blocks and open up new paths in the environment. Samus also has a handy melee ability, that when timed correctly will result in the enemy being open to attacks for a short period of time. 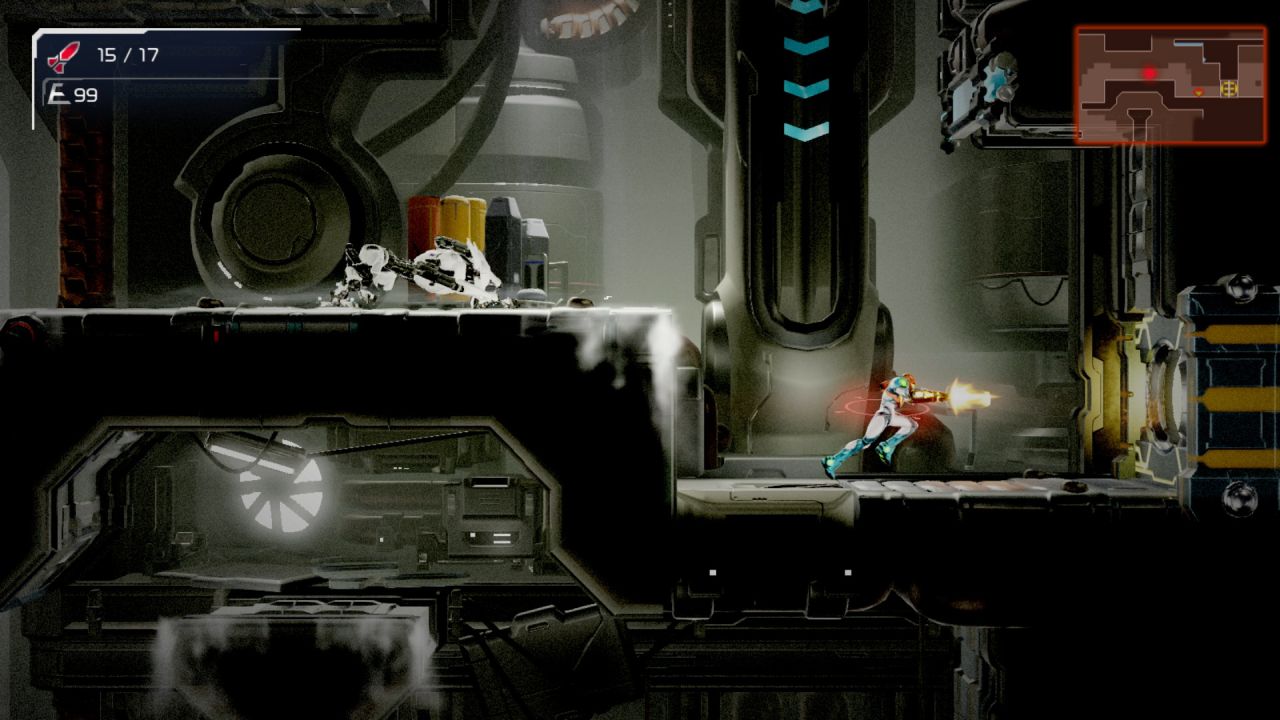 Alongside these default abilities, Metroid Dread is always handing you new powers to toy around with, which in turn ensure that the gameplay experience never really grows tiresome. Each ability also feels necessary, with the desire to get more powerful or unlock new door types being the strongest driving forces behind exploration. My personal favourites include the Grapple Beam that allows you to attach yourself to the grapple points located on the walls and roofs of various areas, and the brilliantly powerful Wave Beam attack that allows for your beam bullets to travel through both objects and terrain. Also awesome is the Phantom Cloak, an item that grants Samus invisibility, a luxury that is greatly appreciated during E.M.M.I encounters.

While the gameplay sequence of exploring, finding an ability, and then using said ability to explore new areas is a loop as old as time in the world of gaming (in fact, as old as Metroid), Dread’s mix of satisfying traversal, combat and a slew of fun to use upgrades makes it always feel fresh.

Most of the minor enemies encountered in Metroid Dread are merely cannon fodder for you to mow down with your missiles or beam, but this doesn’t apply to the E.M.M.I robots or boss battles, which will likely wipe the floor with you until you come to understand their patterns and the best abilities to use to defeat them. When it comes to the E.M.M.I, only a blast from the Omega Cannon can kill them, a weapon you only receive a few times throughout the adventure after defeating a Central Unit mini-boss. In the moments in which you don’t have the ability to kill them, avoiding them at all costs is your best method of approach. This can be done in most instances by staying out of their line of sight or using stealth abilities you unlock along the way, but more often than not you’re going to get seen by these things, leaving you no choice but to run or get impaled in the chest. Getting captured usually means death, but you do have the chance to counter, rewarding you with precious seconds to escape if successful. More often than not though, the E.M.M.I are going to capture and kill you a few times before you get to be the bringer of their particularly satisfying demise.

E.M.M.I encounters are intense because of their sheer power, which is awesome, but they do tend to frustrate as well, especially as the game drags on. Each encounter feels largely the same, requiring you to spray them with the Omega Cannon until their red eye is exposed, before destroying them with a well charged Omega Cannon blast to the head. Combine this with the fact that each Central Unit mini-boss encounter is pretty much the same as well and the reality begins to sink in that these encounters lack some creativity, which is a shame as the rest of the game does such a good job. 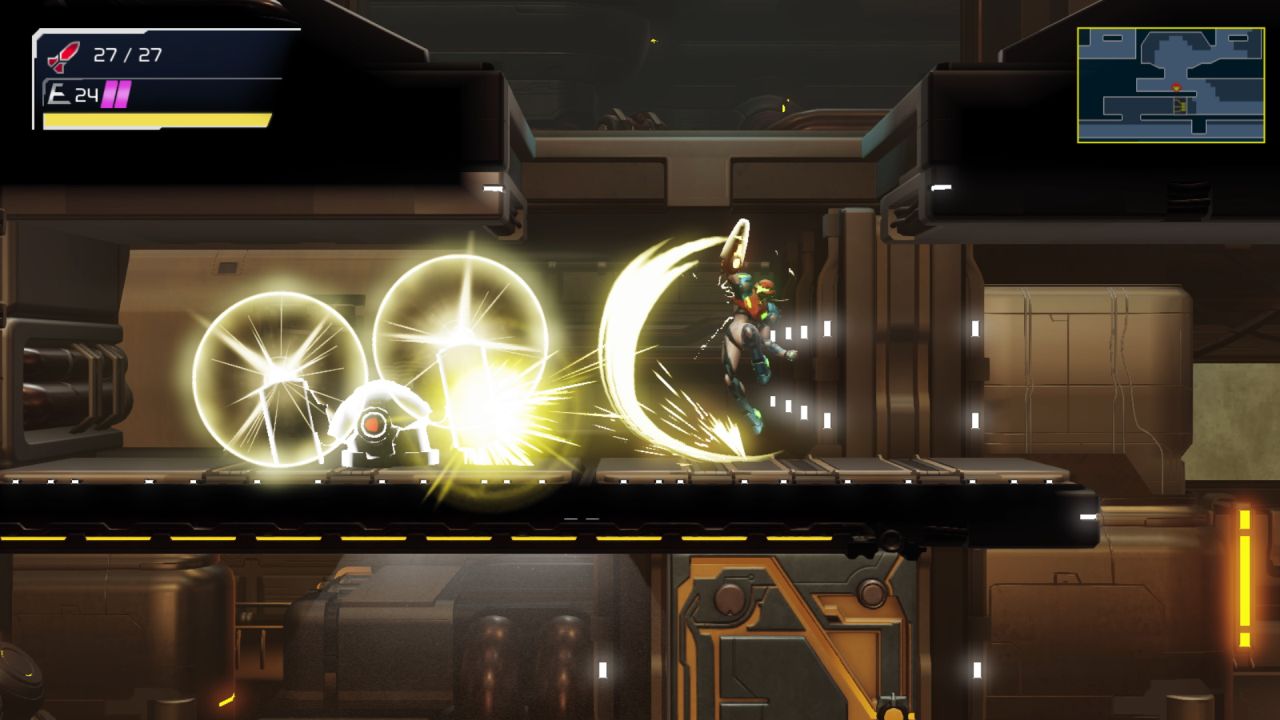 Although the E.M.M.I are samey, boss encounters overall are quite the opposite, providing one hell of a challenge to boot. Most encounters feel really tough at first, but quickly begin to feel doable as you familiarise yourself with the foe's movement and attack patterns. They nail the level of difficulty that I love most from a game, where it's not too difficult or finicky enough to the point where it causes frustration, yet hard enough to ensure that you feel engaged and challenged, with victory feeling particularly rewarding. They also often require you to make use of various special abilities, with your knowledge on how best to use the abilities in your arsenal the key to success. In short, boss battles in Metroid Dread are fantastic and tough.

Other than some grievances with the E.M.M.I robots and the mini-boss encounters related to them, I didn’t really find much in Metroid Dread that I didn’t like. The story is entertaining with twists and reveals that kept me intrigued, while the gameplay loop of exploring, finding new abilities, and using them to defeat bosses and reach new locations was satisfying from start to finish, largely due to fluid traversal mechanics, engaging combat and the near constant introduction of new powers. Metroid Dread is a great new entry, and should serve as proof to Nintendo that their catalogue of dormant franchises are worthy of modern day revivals.

Our ratings for Metroid Dread on Switch out of 100 (Ratings FAQ)
Presentation
78
Quality visuals and aesthetic befitting of the Metroid series. Music is decent.
Gameplay
90
Tried and true metroidvania gameplay that is blessed with brilliant movement and challenging yet rewarding combat
Single Player
80
Narrative isn’t deep but does a great job of being engaging, even for newcomers to the series. Samus is a cool protagonist whose actions do the talking.
Multiplayer
NR
None
Performance
85
Some framerate drops here and there, but largely solid.
Overall
83
Although not without some frustrating moments, Metroid Dread is a great experience, offering up an engrossing journey full of engaging exploration and challenging combat that is proof alone that 2D Metroid is worthy of a renaissance. 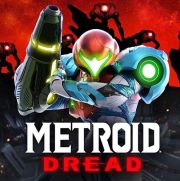 Our Review of Metroid Dread
83%
Great
The Verdict:
"A fitting return for the genre-defining franchise"
Game Ranking
Metroid Dread is ranked #328 out of 1857 total reviewed games. It is ranked #6 out of 106 games reviewed in 2021.
327. Forza Horizon 5
Xbox Series X
328. Metroid Dread

All videos for Metroid Dread (4)
Advertisement ▼