Third chapter in the narrative series feels a bit robotic

It's been ten years since indie developers Freebird Games released their breakthrough title To The Moon. The narrative adventure rapidly became known for its great setting, excellent writing, and emotional twists. Paired with minimalistic but nice looking pixelated visuals and an excellent soundtrack, the game helped propel the team to the next level. Fans waited with anticipation for a follow up, and while A Bird Story was touching, it was more of an interlude. A proper sequel arrived in 2017, with Finding Paradise. Having many of the same qualities that made its predecessor a hit, it may not have reached the same emotional heights, but it was still a great experience. Following a few more years of waiting, the third chapter of this narrative series has been released. Impostor Factory retains the style and structure of the previous games, and is still a decent adventure, but numerous changes and an underwhelming story put a snag into an otherwise high flying series. 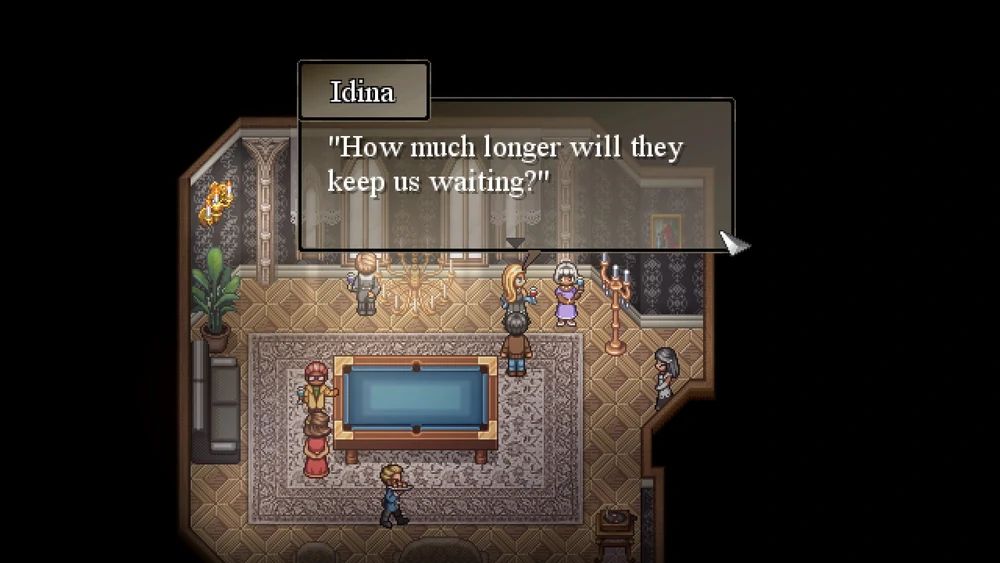 For the uninitiated, the series follows Dr. Eva Rosalene and Dr. Neil Watts, scientists who work at Sigmund Corp. The company specializes in altering the memories of its dying patients. The setup is extremely intriguing, as proven by the excellent storytelling of the previous two games. The pair enter the minds of their clients, passively observe the memories of their life, and make adjustments to make the patients feel relieved, happy, or whatever the situation calls for – perhaps no changes at all. The previous games tackled a lot of personal, heavy, and even philosophical subjects and handled them excellently, and the pairing of the two Drs. propelled every scenario forward through thoughtful, witty banter. There was also a mystery developing about the background and relationship between them. It goes without saying – the previous games remain highly recommended, and remain as relevant as ever.

Which brings us to Impostor Factory, a game that one may call a misfire. It's difficult to delve into the details of the narrative without spoilers because it's one of the reasons you'll want to play the game, and it's also where the fundamental structure shift happens. But let's try – this time around, players assume control of a man named Quincy, who has been invited to a fancy party. However, he seems to be the first guest to arrive at the pricey but rundown mansion. After meeting with the butlers and a bot that cooks rice, he greets the owners of the mansion, who are chatting with a woman named Lynri. The elderly owners leave the room, and after a chat with Lynri who asks some strange questions, Quincy also exits – only to find the bloody bodies of the owners in the hallway. Shocked with fear and unable to revive them, he rushes to wash his hands. But upon exiting the bathroom, things look strange – everyone is fine and it's as if nothing ever happened.

This potential for some sort of time-looping murder mystery is actually a false start. After a few more resets, Quincy finally corners Lynri and demands an explanation. Turns out, he is in a memory simulation that has encountered a bug, and seems to be stuck in a loop. Without much fanfare, Lynri shoves Quincy through a door that she says will "explain everything". And thus begins his long journey through her memories, from her childhood and into adulthood. The game then returns to the familiar framework of the previous games, as you explore her memories, being a passive observer this time around. It may also remind players of the "Hang the DJ" episode from Black Mirror. 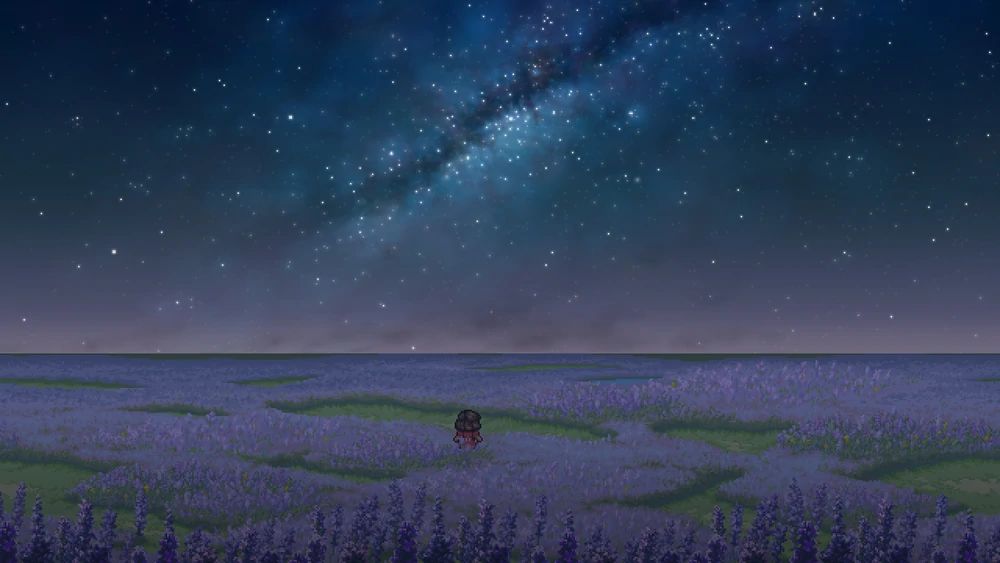 There are a multitude of reasons of Impostor Factory doesn't work as an effective story. First off, there is no aspect of altering the memories; Quincy simply explores everything that Lynri has gone through. And because he is alone, for the majority of the time he has nothing to say or add to the experience. You may as well be reading a visual novel, and Quincy need not be there. You also explore her life in a linear fashion, rather than jumping back and forth, which reduces tension and payoffs. Without getting into spoilers, the game does obviously tie back to the overarching plot of the series, but it happens late, and the twist actually renders most of the experience meaningless. In fact, the big reveal carries no emotion from the character who is supposed to be experiencing these memories for the first time, from a person who was very close to them. You also very quickly forget the whole murder-time-loop thing, as it carries absolutely no relevance to the events and in fact doesn't even get an answer in the end, as the main story twist of Lynri's life takes precedence.

Like the memories in the past games, there are some tough experiences that you'll have to observe, however they do not feel very emotional. Partly it's perhaps because you don't have the two Drs. providing their opposite takes on the situation, or perhaps you're not really dealing with the same set of circumstances as the reason for exploring someone's memories. While the game tries to go for the emotional sucker punches, they feel a lot more predictable and manipulative. And when things take a very dark turn, there is no time for the situation to breathe, as the story simply uses it as a motivational footnote for Lynri's actions. At best, the game elicits a response along the lines of "aw, that's nice and touching"; but you won't actually feel much.

The game and its characters feel very detached from reality, non-spoiler pun intended. Since you are just passively observing or acting at the direction of others, the stakes never get raised to make you feel connected to the story. The previous entries focused on the nature of human experience, and put it into the context of sci-fi. But Impostor Factory flips things around, with a sci-fi focused story that tries to inject some feelings into the proceedings, and it just doesn't work. The game tackles love, loss, the value of AI consciousness, and so forth. The ending is also very off-beat; it finally ties into the trilogy, but it also suddenly features a ton of humor and memes. 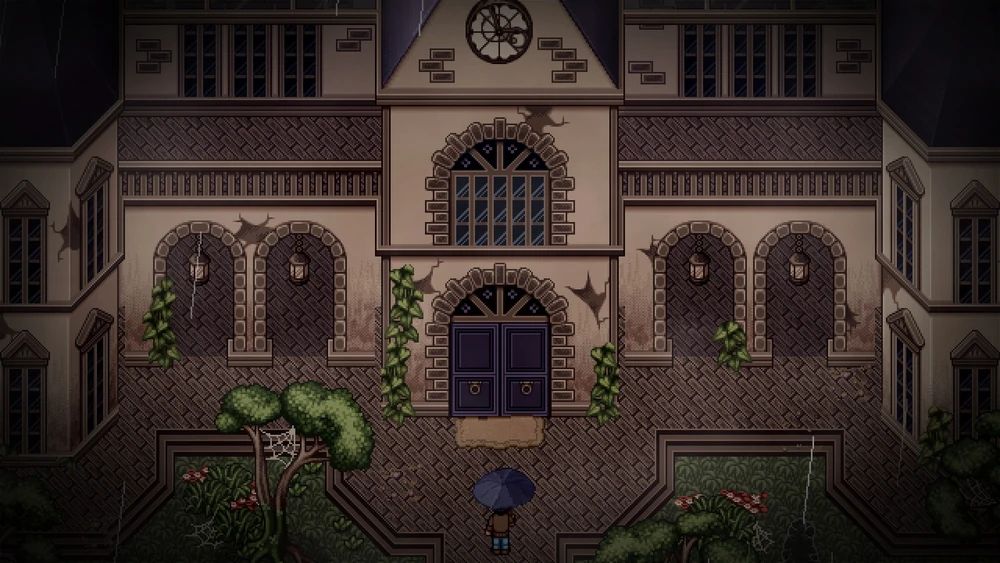 Even from the storytelling perspective, there are a number of montages, making the game feel rushed. This also perhaps translates to the streamlining of the already limited gameplay. To The Moon featured a little bit of exploration, much of it optional, while some items were required to proceed to the next memory. Finding Paradise pushed the gameplay further, with more interactive elements and even light puzzles. But Impostor Factory scales it way down, to the point of becoming a completely linear experience. It's still a 2D adventure, but there is precious little to interact with. You walk along bleak, empty road screens between memories, and the actual levels are extremely small. There is nothing to interact with except for triggering character dialogue, and any items you can touch are used to unlock the path forward. There are no knickknacks or optional character dialogue; no puzzles, or really any need for you to control Quincy at all, other than to move around. The entire experience verges on being a visual novel.

At least the text dialogue is still very human, and quite excellent. Also excellent is the soundtrack, with the developers delivering some great, touching tracks. From a riff on the James Bond theme to the minimalistic piano arrangements, it probably deserved better emotionally charged scenes. Visuals are also largely the same as the previous games, retaining a nice pixelated look that nonetheless manages to carry a lot of tension when the time is right, and good camera reveal swings to boost the atmosphere. Still, the empty worlds you walk through between the small levels feel hastily put together.

It's undeniably difficult to catch lighting in a bottle, but with Finding Paradise still being great, fans had high hopes for the series to keep that momentum going. Sadly, Impostor Factory is a step down for this series. The story is still at the core of the experience, and it's not very satisfying or engaging this time around. Swapping out the lead characters, changing the framework, and focusing on sci-fi instead of the human element also reduces its prominence. The visuals, soundtrack, and dialogue are still good, but the small levels and very limited interactivity reduce your level of engagement. Fans of the series will appreciate something familiar, and at $10 for about three hours it's still a decent adventure to experience, but it doesn't live up to the series' very high standard.

Our ratings for Impostor Factory on PC out of 100 (Ratings FAQ)
Presentation
75
The art style continues to serve the series well, as does the great music. It makes the bland transition screens that much more jarring.
Gameplay
60
The series has always been about story first, but the interactive elements offered nice touches to give players something to poke and perhaps learn more about. Almost completely stripping them down is unfortunate.
Single Player
65
The narrative never really comes together in a satisfying way. Without the usual lead characters to provide additional dialogue, you are simply a passive observer to a sci-fi story lacking the human connection.
Multiplayer
NR
None
Performance
(Show PC Specs)
CPU: AMD Ryzen 5 3600
GPU: ASUS Radeon RX 580 8GB
RAM: 16GB DDR4
OS: Windows 10 Pro 64-bit

95
No issues
Overall
67
On its own, Impostor Factory is a decent adventure with occasionally interesting story elements and mostly enjoyable dialogue. But as part of the otherwise great series, it's a disappointing misstep. 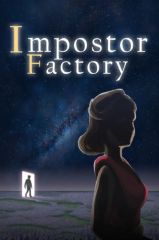