Striking while it's cold

Sometimes, stars align and multiple developers go for a similar scenario, such as when Battlefield and Call of Duty returned to historical settings. From ancient Greece to battlefields of the future, players sometimes have a few options in how they want to experience a setting. In recent times, the Viking setting has seen a resurgence, with the biggest recent example being Assassin's Creed Valhalla from last year. Now, another title wants to take players to that historical setting, but with a much smaller scope and mechanics. Song of Iron offers an initially enticing take on the era, but the fun dissipates the deeper you go into this very brief experience. 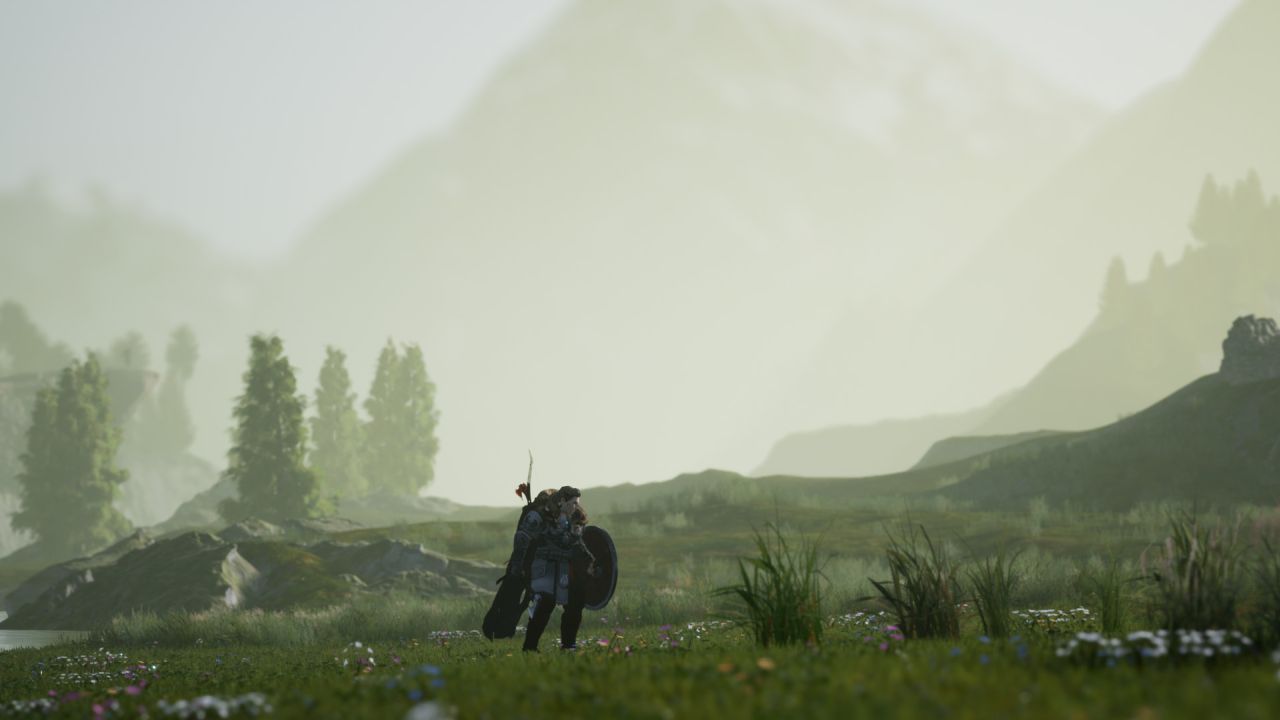 The story begins in a dramatic but perhaps predictable fashion, as your Viking village is being attacked. As the nameless hero, you fight your way through the attackers and eventually reach your dying spouse, who tells you to run and seek revenge when you have a better chance. You continue to run past the village, into the nearby caves, and into the night. You’re able to escape, and begin a journey to recover a few artifacts that give you special abilities, seek your revenge on Wolfric who led the invading army, and perhaps even tangle with the gods.

The Viking setting is fairly well executed, even though it feels a tad familiar given that Assassin's Creed Valhalla just recently brought this setting to life in video games. The story starts off simple enough and it works for the game, however the big twist in the final third takes things too far, and invites even more – this time unfavorable – comparisons to Valhalla, verging on simply copying its narrative formula. It's unnecessary and feels totally at odds with the rest of the game. The game also occasionally does the trope where you're supposed to bypass a boss fight instead of winning, which results in frustration as you keep trying and dying.

Song of Iron is a linear action game, where you're mostly traversing on a 2D pane left and right across a variety of wilderness settings, from forests to caves. While the background, foreground, and the characters are all 3D, you are confined to the 2D pane when it comes to movement and gameplay. Still, the game occasionally cleverly plays with perspective, as enemies can walk in and out of the playable area; you could see them rushing towards you from the back and front and wait until they've entered your interactive range. 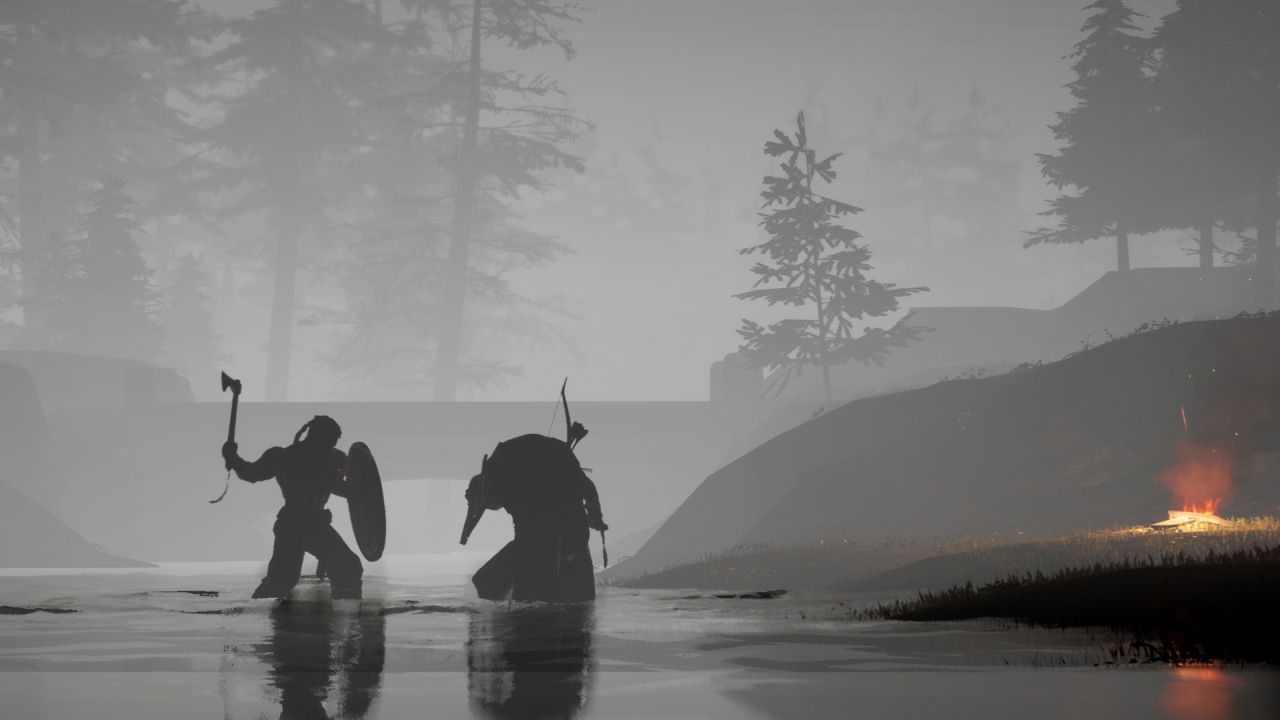 As a Viking warrior, you can run, jump, and crouch; in combat, you have a block, dodge/roll, a light attack and a way-too-long-windup heavy attack. You can also throw your weapon at the enemy, and pull out your bow to shoot arrows. The controls are a bit unresponsive and can feel unwieldy. You block and dodge/roll depending on which direction you're facing, which can take getting use to. Things get really annoying in boss encounters, where your warrior just lacks the maneuverability and precision to make the encounters exciting. You eventually realize that except for certain cases, you can literally just run by most fights, and may choose to do so depending on how much the controls annoy you. There is no experience system, so fighting or running through makes no difference to the overall progress.

In combat, your shield deteriorates quickly when you block, but you can pick up new shields and weapons off fallen enemies. You and the enemies can also kick, to break down a shield block. The weapons range from a few different axe types, to spears, and some two-handed variations. The foes you encounter wield the same weapons, since you can pick them up after, so you know what to expect.

There are also archers that will annoy you from a distance – you can shoot arrows too, but it requires an unwieldy button combination that adds to the cumbersome feeling of the control scheme. While the game is playable with mouse and keyboard, a controller will probably feel better. The action is animation-based, so once you start a move, you cannot stop it, and the same goes for foes whose strikes cannot be interrupted. So much so, that if two enemies begin an attack from in front and behind you, just roll out of the way, and they will attack one another. The animations are smooth indeed, but such combat design doesn't make for a responsive experience.

Players have to worry about their health in combat, which can get reduced quickly, especially against bosses. It does slowly regenerate outside of combat, so you can make the game easier or harder depending on how much you wait before rushing to the next fight. There's also a stamina bar, which means there is a limit to how much you can attack and dodge/roll before needing to wait a few moments. You will likely perish a few times, which resets you to a previous checkpoint – sometimes fairly far from the action. 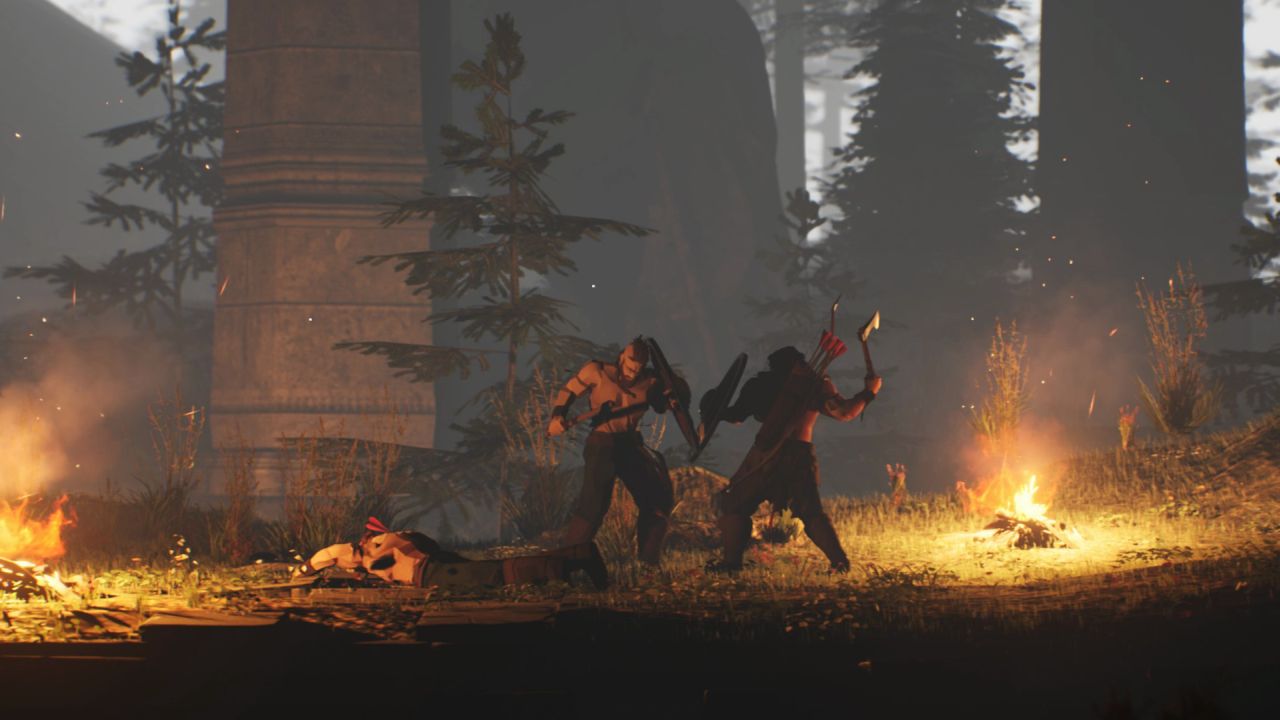 Over the course of the journey, you'll get to expand your arsenal to face the tougher foes in late-game. When not in combat, you will traverse the terrain and cave systems to find pieces of armor that grant you magical abilities. You'll be able to light your weapon on fire or give it an electric charge, get a temporary speed boost, and so on. The game remains linear, but does offer a few different types of terrain to cross. Some of these puzzles involve pulling and pushing blocks, but that's about as complex as it gets.

As touched on earlier, Song of Iron does a good job of playing with the limited presentation aspects that it offers. Both the background and foreground environment elements look nice, but more impressive is how the game plays with the light and darkness, from the burning village to the darkness of the forest at night, and the light from the torches of the enemies. Sadly, not all of the game is up to this standard, with the caves looking practically featureless grey spaces, with perfectly square boulders and pits that are clearly not natural. And later in the game, far too much time is spent in the dark – not going for a Limbo-like experience, but looking more like trying to hide the lack of budget and attention to detail of these areas. Elsewhere, the UI is minimal, which works, as does the minimalistic backing soundtrack. Still, there are many spelling errors in the text-only dialogue. 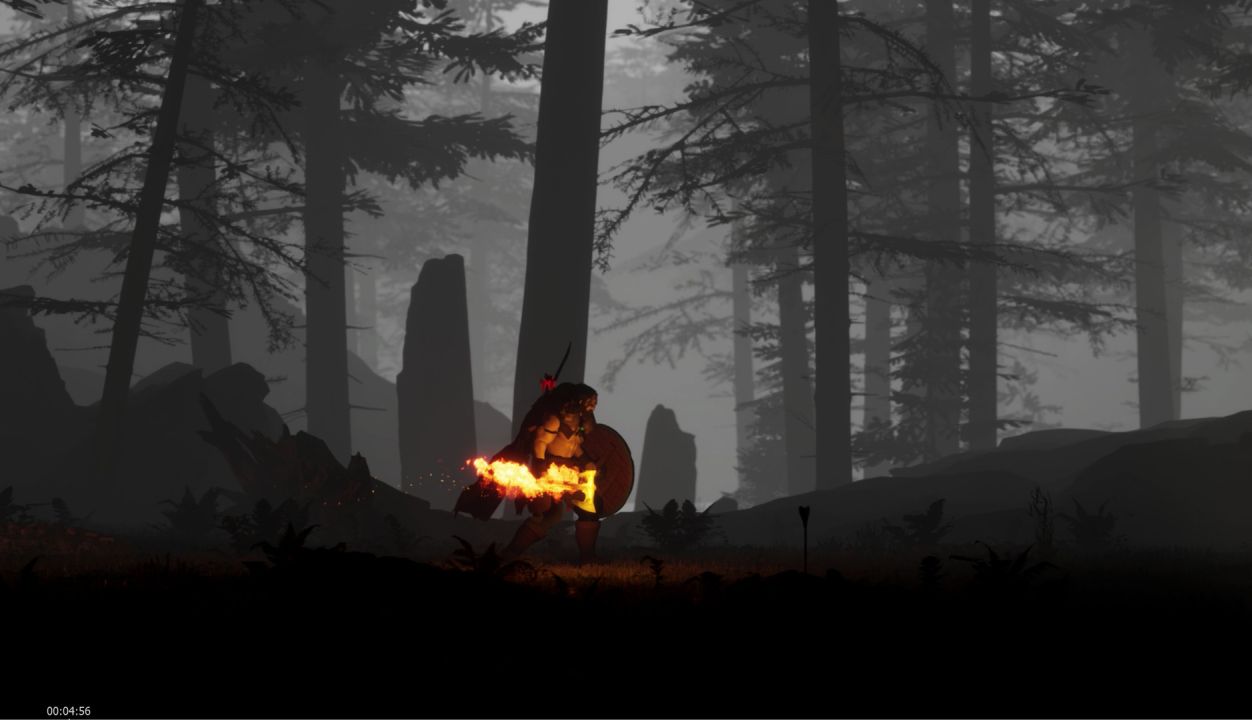 Song of Iron starts off like a fairly promising Viking revenge take, with interesting visuals, a simple but appropriate story, and smooth combat. However, before long the cracks begin to show, as you realize the boss encounters reveal the unresponsiveness of the controls, the puzzles are simple and linear, and the presentation dips in quality the further you go into dark caves. All said and done – the game flies by, and wraps up in under 2 hours, with a nonsensical story twist that invites unfavorable comparisons to Valhalla, a game from a huge studio and budget. If you can't get enough of the Viking setting and want a decent action game to dig into, or enjoy minimalistic 2D action games, Song of Iron is an average choice – and perhaps it's worth waiting for a sale from its steep $20 asking price.

Our ratings for Song of Iron on PC out of 100 (Ratings FAQ)
Presentation
65
The game does some interesting things with the lighting, but a lack of detail later on shows the limited budget.
Gameplay
60
Initially enticing, but eventually you realize the controls are not responsive enough for the harder fights.
Single Player
50
The game offers a great Viking vibe, at least initially, until the ending decides to throw everything away. It is a very brief experience for the asking price.
Multiplayer
NR
None
Performance
(Show PC Specs)
CPU: AMD Ryzen 5 3600
GPU: ASUS Radeon RX 580 8GB
RAM: 16GB DDR4
OS: Windows 10 Pro 64-bit

80
No issues, apart from some translation problems.
Overall
58
Song of Iron starts off as a promising minimalistic Viking adventure, before running out of steam and dipping in quality the longer you play - which isn't long, thus also putting its asking price into question. 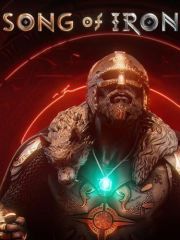