The great thing about gaming is the breadth of experiences. We get it all: commanding armies, managing cities, sneaking around hostiles, solving puzzles, participating in an epic story, and trying to run into a giant shrinking circle. In one tiny corner of this vast landscape of experiences are games that set out to relax. Games that slow their pace and let players take their time. Games like Abzu or Journey. These relaxing adventures usually require minimal skill but reward players with their world design and calming nature. Omno is another light third-person adventure, with simple puzzles and basic platforming tasks. Thanks to consistency and soothing presentation, it is a game worth experiencing firsthand. 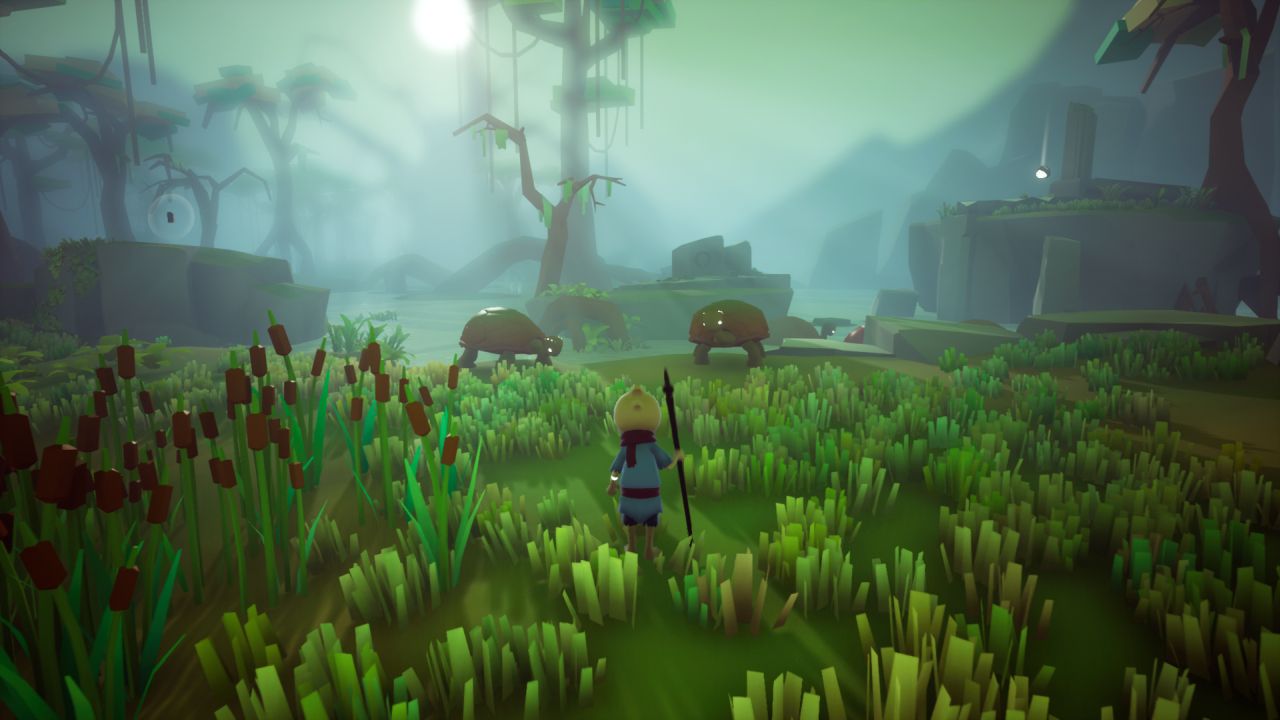 Omno begins with an unnamed player-character waking up in a quagmire. Some instructions on a nearby monolith advise the player to ‘follow the light’ and begin a pilgrimage. After exploring further they will find that the ultimate destination is a light gate, which others have already entered and subsequently vanished from this world. What remains are ruins of a civilization and vibrant landscapes full of animals. Various snippets of story are told via tomes and monoliths, but sadly the narrative is the game’s biggest misstep. Most of it is presented via simple text popup. Too much is vague and impersonal. It seems to be written from another that took the pilgrimage, but they knew about as much as we do—nothing.

While the destination is the light gate, to get there means crossing different parts of the world. Players journey through typical biomes: deserts, frozen tundras, floating islands, and lush plains. In each area there is a totem that requires three light spheres to grant access to the next stage. Gather three and then players must solve a puzzle, before they either transform into a light cloud or catch a ride on a massive creature to get to the next area. Each new area contains a collection of animals and plants, most of which are imbued with light shards that can be gathered by interacting with them. Collect enough shards and they can be used on a statue to unlock one light sphere. The rest of the spheres are spread around (there are more than needed), and they might require climbing or jumping, along with a bit of exploration.

To help navigate areas and collect spheres, four abilities are granted to the player steadily across the course of the game. The first ability is dash, which facilitates crossing gaps between ledges. Second is a surf ability that transforms the player’s staff into a snowboard, allowing pleasant skiing down slopes and valleys—similar to sliding down sand dunes in Journey. Third is a teleport which can fling players across large distances if a teleporter receptacle is within line of sight. Finally there is float, which turns the staff into a parachute equivalent so players can glide over chasms and up through air currents. 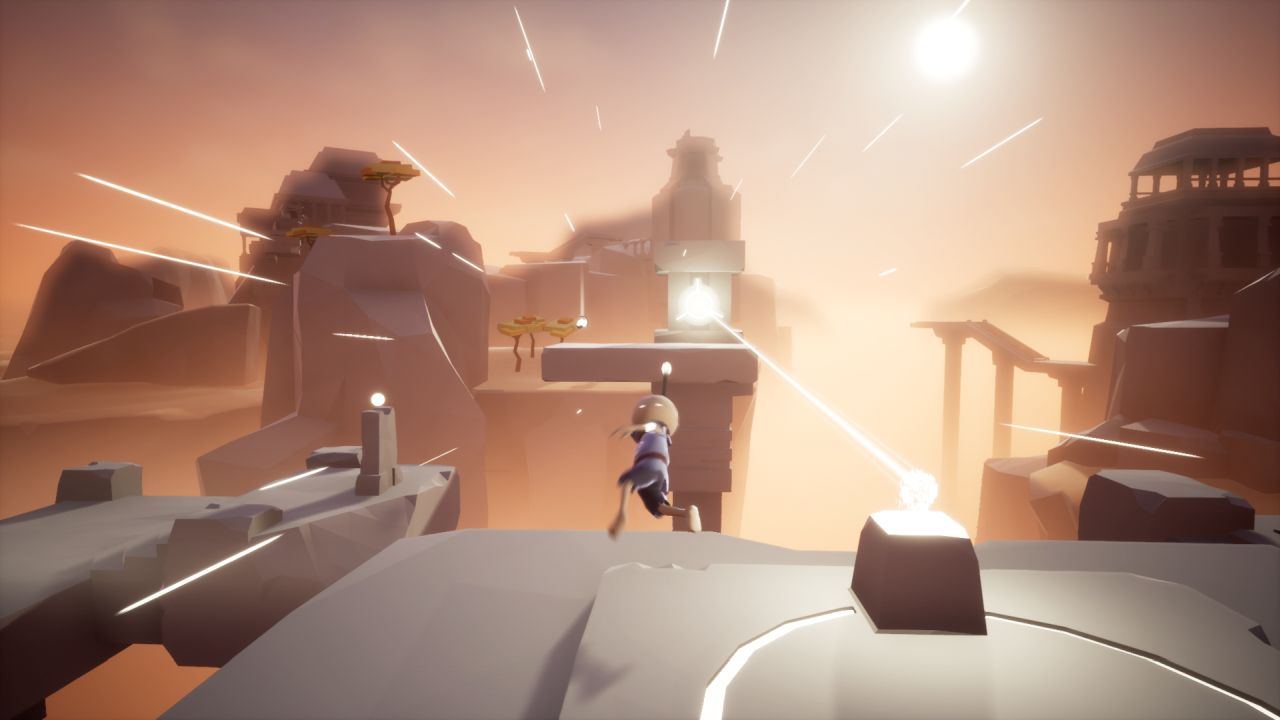 The four abilities are used well across the two or three-hour journey. They are integrated into puzzles but the challenge rarely exceeds a basic level. Transition moments between areas sometimes feature quicker chained movement with a combination of abilities, and these are usually fun and do not require multiple attempts. Skiing down long inclines never gets old and could have been used more. Most abilities work smoothly, although dash can be a little finicky when moving onto small platforms. Float is also clumsy when steering through the air, and if you dash off a ledge, it takes a second to activate.

With the aid of basic abilities and simple challenges, the adventure is calming. Strange animals found across the land will react to the player, by diving under the sand, following them, or spiralling up in the air. Large majestic creatures transfer players to a new area without any input so you can enjoy the ride. No creatures are hostile and there is no combat. The adventure is also calming due to the music, which mixes light fluttery notes with soothing choir-like vocals. It kicks up a notch when surfing and gets more intense when speed increases. In the moments when you are carried off on the wind or careen down a hillside, the game is a delight.

Simple but nice visual presentation also helps. The game utilizes low-polygon environments well. World design is reminiscent of Grow Home in terms of art style, with objects that use a single color and blocky shapes. The blades of grass are like paper and some trees have rectangular foliage. This slightly abstract design works because of soft complimentary colors and a subtle glow over everything. One blemish of the visual design comes because of the blurred backgrounds; mountains and trees outside the playable area are badly out of focus, and this is distracting in some places. 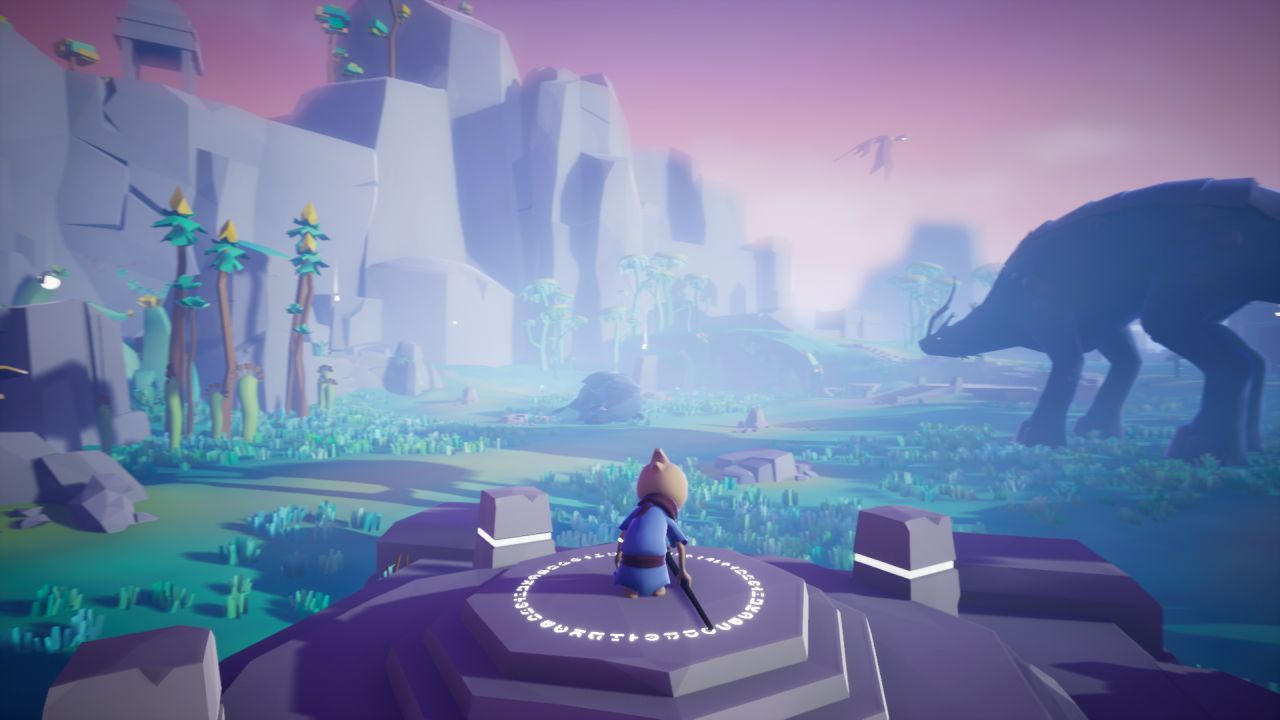 If you are seeking a light and simple adventure game then Omno is worth looking at closely. It offers uncomplicated mechanics with four basic abilities that get used well over around three hours. While not challenging, it has a few obstacles to keep players from losing focus. The soothing adventure is aided by soft relaxing music and a consistent vibrant art style. It may not have quite the impact of games like Journey, but Omno finds a comfortable place within a calming corner of the world.

Our ratings for Omno on PC out of 100 (Ratings FAQ)
Presentation
80
Great use of low-polygon environments with complimentary colors and interesting creatures. The music is also a great match for the adventure.
Gameplay
70
Four abilities provide just enough gameplay to remain engaging, but it is never hard or complex. The moments of locomotion tend to be the most satisfying.
Single Player
60
It will take approximately three hours to fully complete this well-paced adventure. It is a pity that the vague narrative is delivered poorly via basic text popups.
Multiplayer
NR
N/A
Performance
(Show PC Specs)
CPU: AMD Ryzen 5 3600
GPU: XFX RX 480 GTR Black 8GB
RAM: 16GB DDR4
OS: Windows 10 Pro 64-bit

90
No performance issues or bugs.
Overall
70
Those seeking a short, relaxing adventure will find that Omno has just the right mix, including a vibrant world filled with creatures, calming music, basic puzzles, and easy-going platforming. 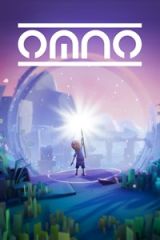