If you only occasionally play the PC ports of mobile games, you probably have a certain low level of expectations. Those titles typically have a very basic premise, limited controls, no depth, and repetitive design patterns to keep players mindlessly involved as they commute or otherwise need to pass the time. However, with the push from both Apple and Google to have accessible and yet more immersive experiences, in part thanks to more powerful hardware of the Apple TV or latest Android phones, the games have also started to step up. Lifeslide is the latest PC port of a game that was first released on portable platforms back in 2019/20. The PC version offers some nice improvements and looks good, but it's also rather pricey for what you get and the gameplay elements remain unmistakably mobile-focused. 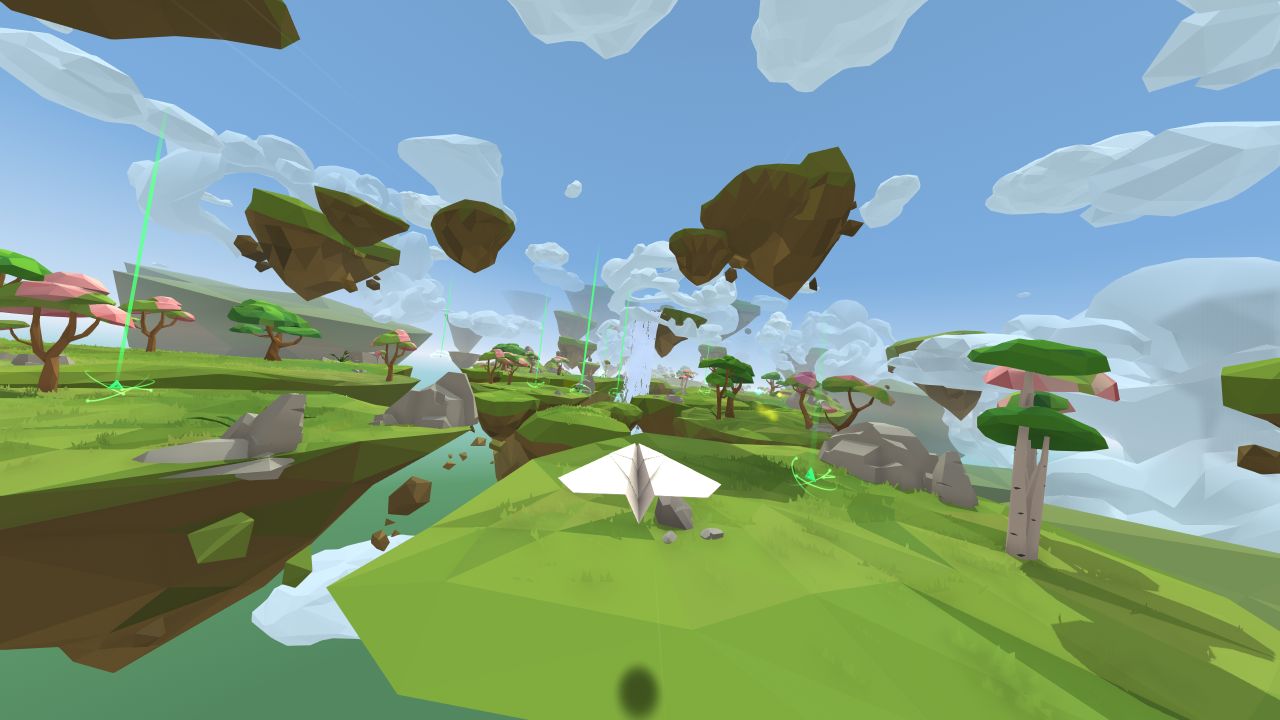 In Lifeslide, you control a paper airplane that flies through a variety of environments. There are no narrative or story elements here, apart from occasional words that introduce the new levels. The controls are predictably simple – you can only steer left/right and pitch up and down. However, it's not as entirely straightforward as it appears. Steering is manageable, though not particularly responsive; you will need to dodge environmental obstacles as well as collect glowing bits. But it's the up/down pitch that is the most involving aspect. The game has a pseudo-physics based flight model, where you gain speed as you dip down and fly closer to the ground. This is okay in theory, but in practice you may often find yourself smacking into the ground instead, and trying to get the hang of the physics of this title in regards to speed can be frustrating. It also goes without saying that using a controller with the analog stick is much preferred to a keyboard. Losing all your speed ends your flight, and you have to restart the level – which are thankfully not very long.

But it's not just the physics and incoming obstacles that you'll have to worry about. You will also want to collect the yellow and blue particles that are scattered around. The yellow blobs are used to extend your flight time – the game has a purely artificial countdown timer that, if you let run out, ends your flight. It's a rather strange and pointless mechanic, but perhaps it's meant to balance out the player from just collecting all blue pixels instead, which is your upgrade currency. At any point, you can bring up the menu and spend your blue pixels on improving the stats of your little paper airplane. You can get more speed, lift, steering, and health. Improving these stats becomes rather important, as you face tougher levels. Other things you can collect while flying includes parts of another paper airplane – grabbing them all unlocks it for use, and it has its own different base stats. You can also pick up speed and upwards boosts, to help you maintain momentum, and repair items for your health. The core of the experience becomes fighting to stay in the air and choosing which pickups to grab. 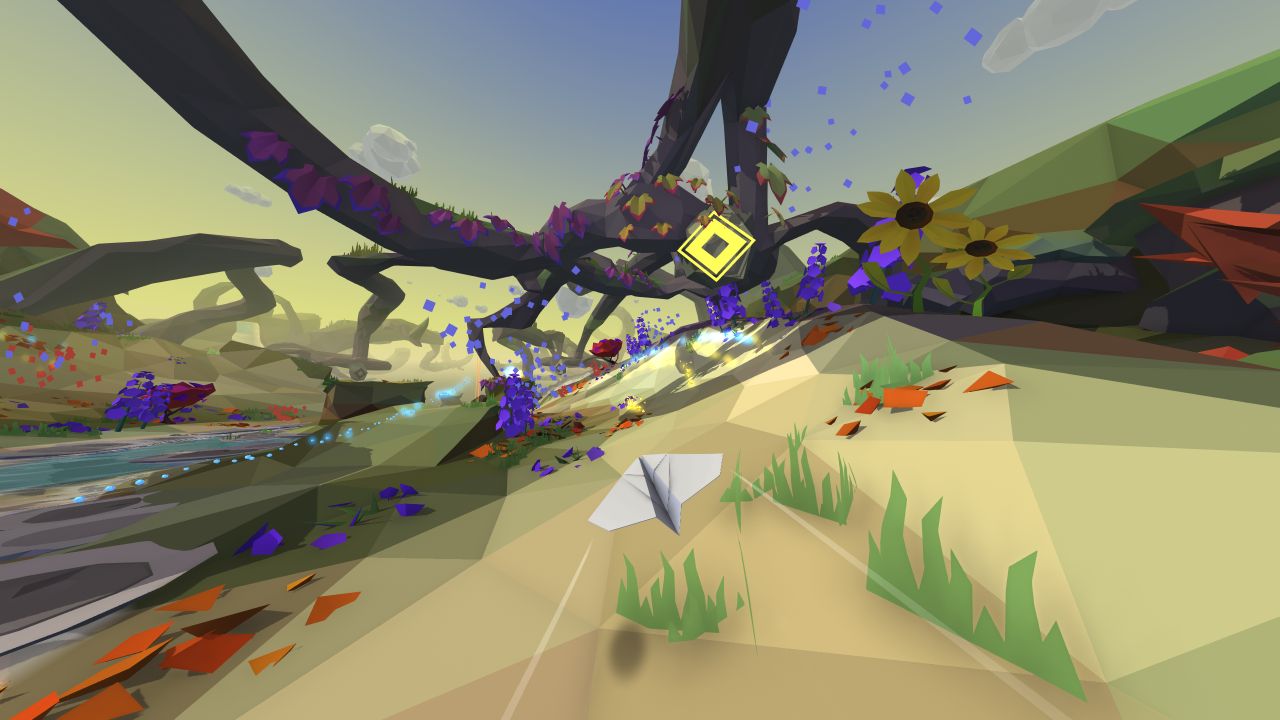 The upgrades to your plane can be done any anytime, even mid-level, as the game's campaign is one constant flight, so there's no returning to menus or loading screens. Lifeslide offers an enticing visual style that's colorful and dynamic, as you will fly through grassy hills, hot deserts, and more fantastical settings. There are day and night stages, and overall the visual style is quite pleasing. The environments transform as you fly through the different settings, all accompanied by a nice soundtrack that adjusts as you fly. The good news is that if you are finding the mechanics of the campaign frustrating or unnecessary, there is a Zen mode where you can just purely enjoy the scenery. The bad news is that the levels feature quite a lot of terrain bits that keep repeating, giving you a lot of déjà vu if you have to attempt a level a few times.

All in all, the campaign can be surprisingly challenging and perhaps over-complicated with the whole upgrade system – and yes that is a bit of an ironic complaint, considering this review opens with complaints that mobile ports are typically shallow experiences. The game is priced at $15 USD, and you can complete it in just about an hour. Sure, it's pretty and you can return to the Zen mode for something more relaxing, but it's still quite brief. If you are looking for something involving, perhaps you will get your money's worth if you also participate in the weekly challenge leaderboards, where you earn points in procedurally generated levels by flying quickly and dangerously close without touching anything. 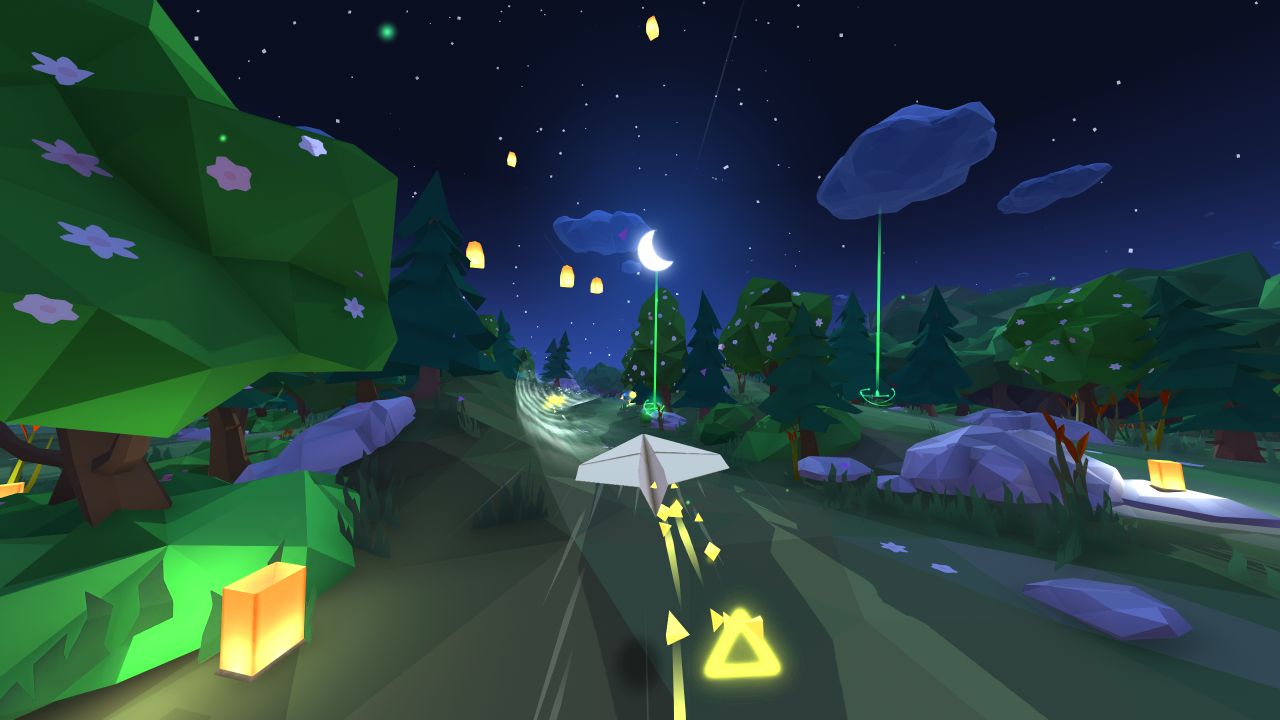 Lifeslide is one of the more involving mobile game ports, and offers a few extra mechanics and modes compared to the typical releases, but also carries a slightly higher price. The PC port runs very well, looks good, and features mouse support in addition to a nice variety of visual options to adjust. If you want a flying experience that actually keeps you quite engaged, and plan to participate in the leaderboard challenges, Lifeslide can be fairly enjoyable. If you just want a more casual experience with the Zen mode, it's probably a bit too brief and expensive, even with its attractive visuals and pleasant soundtrack.

Our ratings for Lifeslide on PC out of 100 (Ratings FAQ)
Presentation
75
The colorful terrain and nice soundtrack create a zen-like experience, at least when in Zen mode and not in campaign.
Gameplay
60
The physics based flying model can be a bit annoying, and the progression systems feel like they belong in a different game. The Zen mode feels like what the game should have strived for.
Single Player
50
A rather brief trip through some nice looking scenery, but with many repeating terrain elements. Additional modes only add a bit more value.
Multiplayer
NR
Leaderboard competitions for best scores
Performance
(Show PC Specs)
CPU: AMD Ryzen 5 3600
GPU: ASUS Radeon RX 580 8GB
RAM: 16GB DDR4
OS: Windows 10 Pro 64-bit

80
The game runs well and has some good display options.
Overall
62
Lifeslide offers decent value on paper, pun intended, and yet the brief run time and wonky physics prevent you from fully enjoying the colorful but repetitive levels. 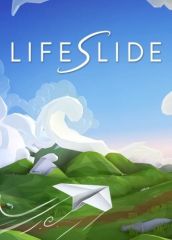