After roguelikes and metroidvanias, and sometimes the combination of the two, the action-adventure is perhaps the next in line of the major genres for indie game developers to tackle. Using tried and true elements of combat and exploration, teams can craft original worlds, tight mechanics, and keep players dungeon crawling to the early hours of the morning. Death's Door, from developer Acid Nerve and publisher Devolver Digital, is the latest such title. Promising a unique setting and exciting combat, this action title succeeds at offering an accessible, streamlined and well-priced adventure. 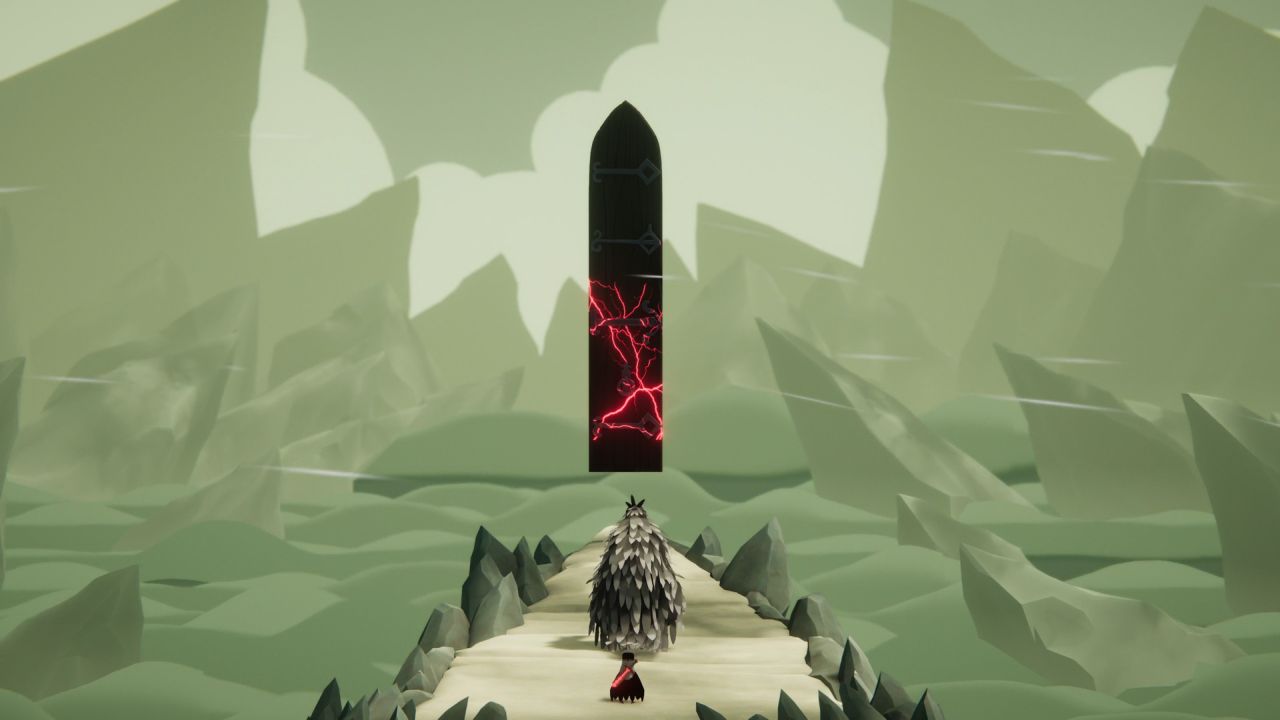 Death's Door sees players assume the role of a small crow – who just happens to be a sort of reaper of souls. From the central agency where you work, you're dispatched on assignments to collect souls from certain creatures. You enter the world of the living through a variety of doors that act as teleporters, and you can remain in the world for as long as it takes to get to the soul you've been assigned. It's an interesting concept, and the creatures you encounter along the way are intriguing. On your latest assignment however, things go wrong and the soul you were meant to capture gets hijacked by an elder crow. You follow the thief into a mysterious new realm, where you learn that he's trying to open a door of his own to reveal some big mystery. You have little choice but to track down three other major souls in this realm in order to help this elderly crow, and get your original assignment soul back.

The narrative is interesting, and you meet a few different characters across the journey, even with some story cutscenes, but most of your interactions are brief and offer just a few lines of text dialogue. At around 10 hours, the game finds a sweet spot with solid variety in visuals and gameplay as it wraps up the story. You'll have to visit the four different areas in the mystery realm, hunting down the abovementioned three major souls. The little crow will fight and jump his way through cemeteries, factories, mansions, and snow covered mountains. With each new area, the game introduces new foes and challenges, as well as a new ability for you to use.

Death's Door uses a fixed isometric camera view, a fairly common choice for third person action games of this nature. As you make your way through the world, you'll come to appreciate the level design, as it cleverly mixes a main linear path and some optional exploration. Your only movement ability is a dodge, which is primarily used in combat, so the levels play around with the idea of gaps (you cannot jump), ladders, and changes in elevation. The often maze-like paths are simple but satisfying to traverse, and finding the occasional detour means a new weapon and optional boss. You get a starting sword, and while it's good enough to complete the game, the developers also decided to put other weapons into the optional paths rather than the main one. You can discover four other melee weapons, such as dual blades or an umbrella, which all have a slightly different feel and adjusted attributes. Exploration also yields optional trinkets that offer bits of lore. If there is one problem area, it's the total lack of a map. While the areas are often straightforward on your first pass, returning later means having to re-learn where to go, and it can often be confusing, especially as you get deeper in. 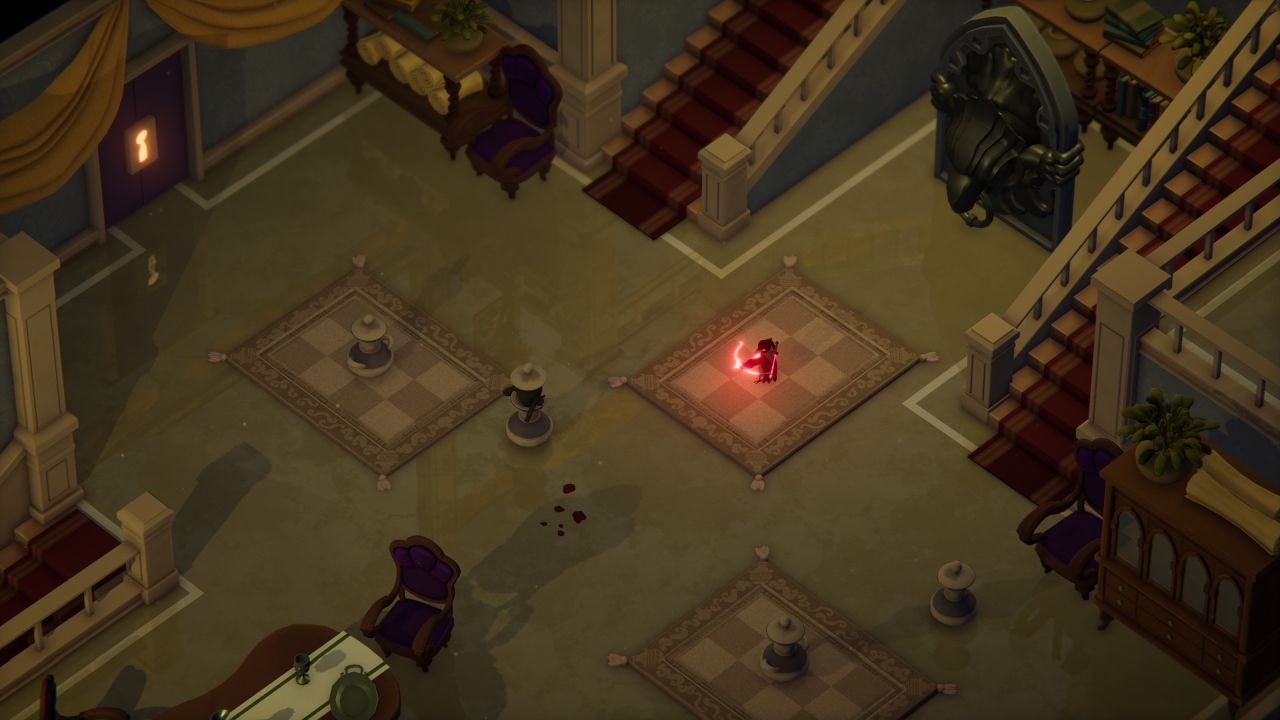 It's not all smooth sailing for the little crow, as the world is indeed dangerous, not just from traps and unstable platforms but also from the monsters that inhabit it. You will encounter a variety of baddies, who feature imaginative and well crafted designs. At your disposal are a dodge, a basic slash attack, a charged-up attack, and a combination of dodging/striking. There's not a ton of moves, keeping the action engaging but not overwhelming. The controls feel good and responsive, and while challenging, Death's Door isn't meant to be a reaction time focused experience. Probably the key to success are well-timed dodges, rather than attacks. Rolling away from an enemy strike, and diving back in to get a few hits, is generally how most of the game plays out.

While the enemies are varied in their looks, the combat follows the same formula throughout. All enemies have a wind-up moment so you can get out of the way, and your attacks do not interrupt most of them, so the dodge-strike-dodge technique is the go-to throughout. Melee enemies will chase you around as you kite them, while ranged enemies will spit various balls of magic that can be hit back. There are also some larger foes, who typically have a few different moves and require special attention, such as needing to break their block with a charged attack. While entertaining, these combat design patterns repeat for the entire game, and things do get a bit repetitive. With each defeated enemy you earn a few souls, the game's only currency. You can then spend those souls at the boss crow in the soul reaping headquarters to improve one of four areas: strength, dexterity, haste, and magic. These upgrades slowly improve your combat effectiveness, making the later chapters easier to handle.

Despite the hectic nature of combat and the game often throwing a sizable number of enemies at you, it never feels unfair or overwhelming. Make no mistake – the combat can be challenging, and you will probably perish many times. You start off with four health slots, and to get more you have to do some extensive exploration, so most players will probably finish the game as they started. This means you can only get hit four times, before you are dead. When you do die, enemies respawn, however you don't lose anything, which makes the game quite accessible. There are doors throughout the levels that serve as checkpoints, and as you explore you also often open up new shortcuts, so even if you fail at the final boss of the area, you can very quickly return to the fight. Many games of this nature often choose to punish players, but Death's Door does a great job of making you feel like you want to try again instead, and not making each failed attempt a setback. 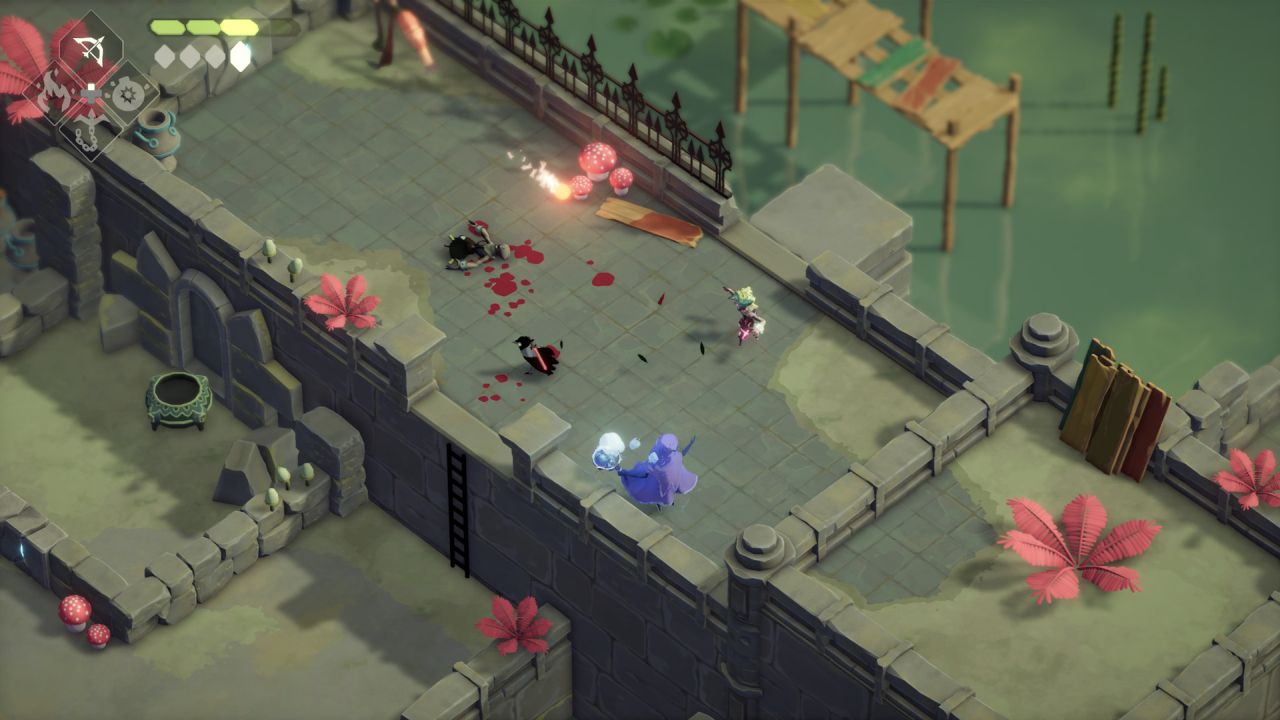 While melee combat is the primary focus, you do have a magic ability, but that is most often used in exploration. You start off with the bow, which, just like your limited health, can only be fired four times before needing to land some enemy hits and recharge those uses. It doesn't do a whole lot of damage, and is mostly used to solve puzzles, such as needing to destroy urns at the mansion that are not reachable otherwise. Later in the game you earn three more items that have similar puzzle-focused use. There's the fireball, which can do damage to certain vulnerable foes, but is also used in exploration to burn away spider webs. You then eventually gain a bomb, that again can be used in combat but is also for clearing specific obstacles; and lastly there's the grapple hook, letting you attach to specific anchors – and enemies. Gaining these new magic abilities also means you can go back to earlier levels and reach some previously inaccessible areas – but again, this is not the focus of the level design, making it a nice optional tidbit rather than turning this into a metroidvania.

Alongside the well crafted enemy design, so is most of the game's world. Death's Door is an attractive looking title with a vaguely charming art style, good texture quality and combat effects, and some amusing written dialogue. A clever design touch sees enemies get progressively more covered in red fractures as their health drains, so you know you're dealing damage. The title also features a very well composed soundtrack, which does loop a bit, but is still a pleasure to listen to. On PC, the game performs without issue, and while keyboard/mouse are supported, it's best suited for a controller. We did run into two occasions where enemies stopped spawning during a battle, meaning we were stuck in the room and had to restart from the main menu. 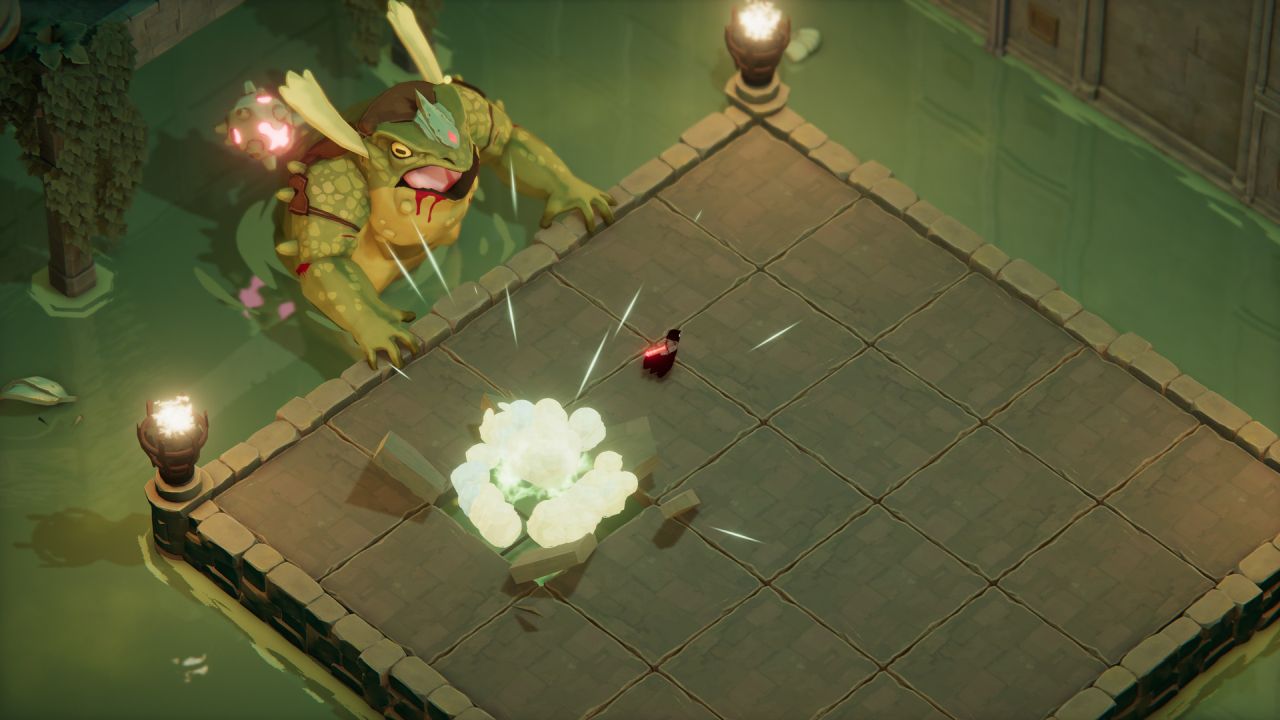 Death's Door is a nicely crafted action adventure title. It is very much a streamlined experience – from the combat, RPG and exploration, to the story – but it's all put together with a good level of polish and feels like a fun, tight little adventure. With so many nice adjustments to the difficulty, dying doesn't feel punishing and keeps you engaged to try again. The game may not offer much depth or innovation, but it's an efficient and well-priced experience that should satisfy fans of the genre.

80
The game runs without any issues. A couple of minor scripting issues were encountered.
Overall
76
Death's Door is a streamlined action adventure experience that finds a groove and sticks with it. With a low asking price and high level of polish, fans of this genre should find the little crow's soul reaping journey quite endearing. 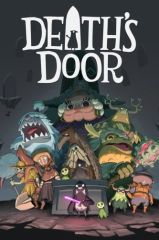