After binging through the Resident Evil franchise over the last few years, I've found myself actively seeking out games that provide a comparable atmospheric survival horror experience. My search brought me to Song of Horror, an episodic horror game that after releasing on PC in 2019 is finally making its way to PS4 and Xbox One. With the promise of a haunting AI that adapts to your playstyle as well as permadeath, it appeared to be a recipe for success. Unfortunately though, various issues see it never reach its full potential. 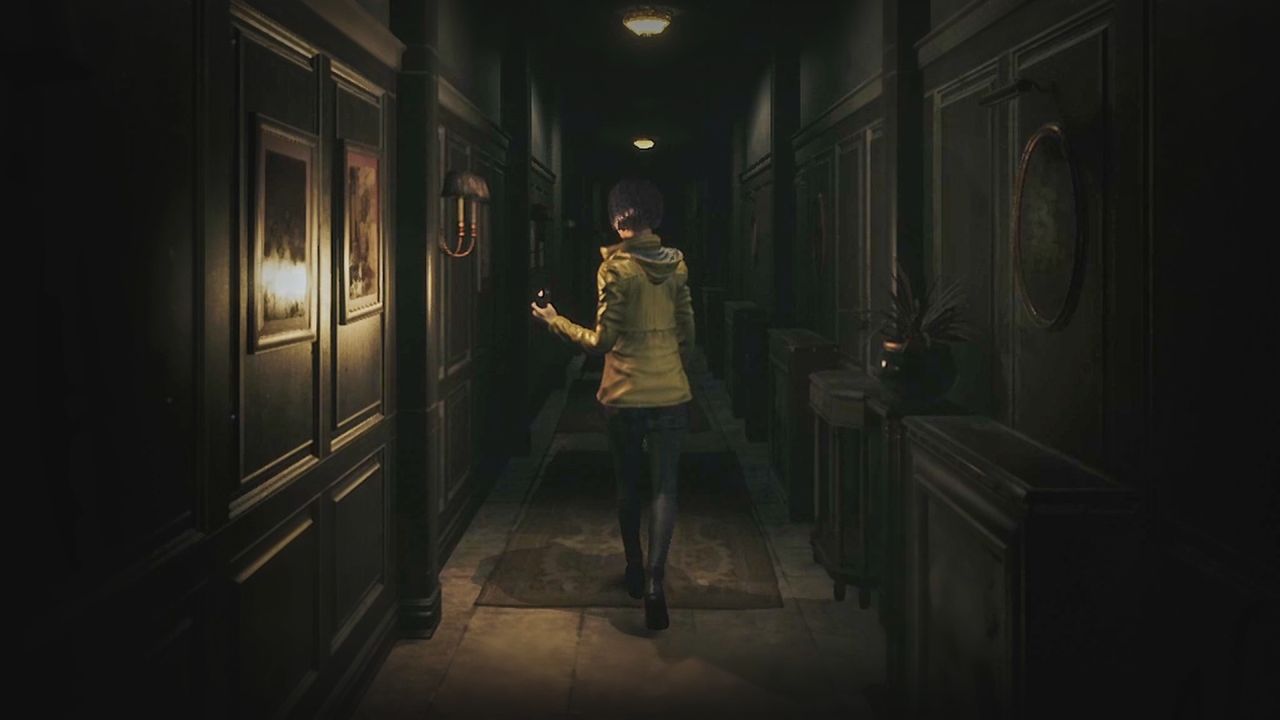 The story places you predominantly in the shoes of Daniel Noyer, a recovering alcoholic who seeks a second shot at life after losing his wife and home during his struggle with drinking. After receiving a call from his sales manager Etienne stating that Sebastian P. Husher, one of the publishing firm's most notable clients, has mysteriously vanished without a trace, Daniel reluctantly sets out to track him down. The five episodes of Song of Horror chronicle the events of Daniel and various other characters as they visit various locations such as Husher's abandoned mansion and the University he teaches at to uncover the reasons behind his disappearance, while also being stalked by a supernatural entity known as the Presence that would love nothing more than to see everyone dead.

Song of Horror's story isn't amazing, but it does a good job of keeping you invested. I found myself eager to discover more about Husher's disappearance and the origins of the Presence and its relation to the cursed music box that becomes clearer as you play along. While interesting enough, the narrative doesn't manage to be as impactful as it could've been largely due to slow pacing and the decision to implement permadeath for characters.

Because each chapter lasts roughly two hours, there are various instances where the feeling of narrative progression slows to a crawl, as the slow and backtrack heavy gameplay results in sizable lulls where you are just walking aimlessly around in silence attempting to complete a puzzle. Adding further to this issue is the often obtuse nature of some of the puzzles, which veer into point and click adventure game levels of extra. Most puzzles are decent fun though, simply requiring you to pay attention to the information on documents or items you find along the way. For example, in order to find an item in one chapter, you need to read the exam schedule in a teacher's room and use it to figure what subject he taught. Once you figure that out you can apply that to the puzzle which will assist you in solving it. 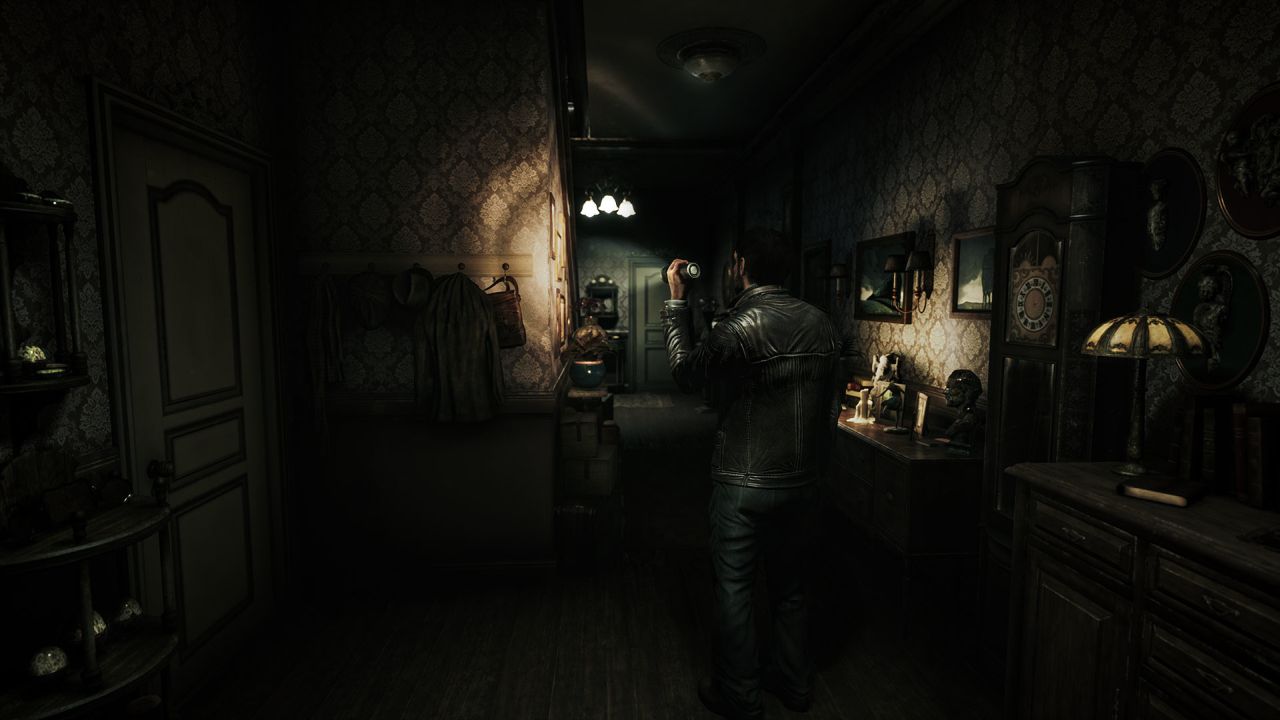 Song of Horror's permadeath approach appears like a novel concept, but the decision makes it hard to build characters up, resulting in a cast that lacks personality. Upon starting a chapter, you are given a roster of characters to choose from, comprised of newly introduced characters to the story and those surviving from previous episodes. Each character has stats that determine their strength, stealth, serenity and speed. Strength dictates how strong the character is at trying to slam the door on the Presence, while stealth affects the likelihood of your character alerting the Presence in levels. Serenity determines how scared your character is, with lower serenity meaning they are more likely to panic and potentially alert the Presence, while speed simply dictates how fast your player can run. Despite stats varying between characters, it was never noticeable in general play.

Other than Daniel, pretty much every character when killed is removed from the narrative forever, never to be mentioned again. Upon a character death, you simply pick a new one and they will arrive at the starting location of the episode. Heading to the area where your last character perished will allow you to reclaim all the items they had, but once you've done that you likely won't think of them again. Running out of all characters will result in having to replay the episode from the beginning.

Daniel can die of course, but as the protagonist his death means you must start from the beginning of the episode, regardless of how many playable characters remain. This means that Daniel is intended to be used as a last resort, a baffling decision given he is the protagonist. Song of Horror encourages you to play as the supporting cast, which sucks as they don't have an ounce of personality or character at all. It's clear as day that they were made to be expendable, as the only real characterisation they receive is a summary on the character selection menu. As cool as permadeath could've been in a game like this, its existence ultimately comes at the expense of enjoyable and fleshed out characters, which Song of Horror undoubtedly needed. 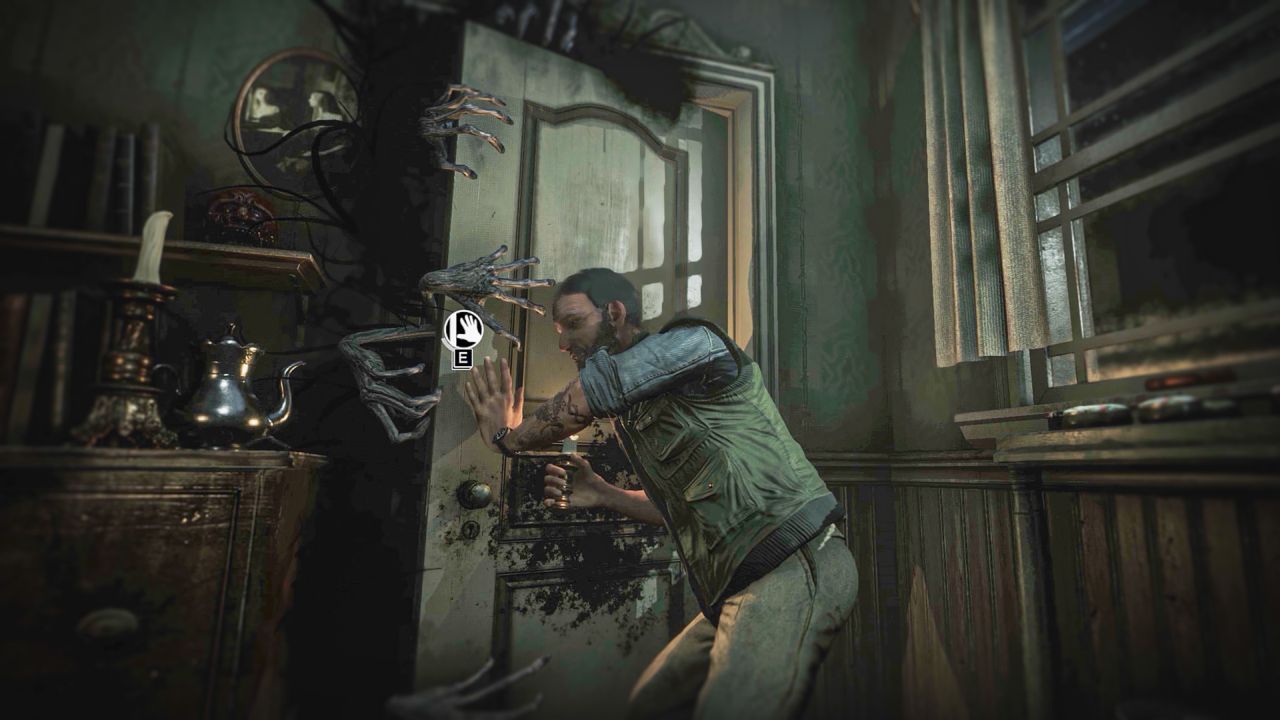 Making the Song of Horror cast even less likeable is the mediocre voice work. It isn't Jill Sandwich levels of bad, but most characters suffer from voices that don't feel fitting for the character and/or offer poor delivery of their lines. Daniel is the biggest culprit when it comes to this, as his delivery just sounds awkward and unnatural. There are some diamonds in the rough however, such as Ernest Finnegan in episode 4.

Despite the voice acting and characters not being as great as you'd like, Song of Horror still manages to maintain a gripping atmosphere, as each level provides a strong feel of unease which never truly goes away. There are of course moments where the anxiety subsides, but it ultimately finds a way to come back in style when a black substance slams in the door you try to open and you're forced to hide again. Song of Horror shines the brightest in moments where your character is highly afraid, which in turn results in environmental scares such as something falling or a TV randomly turning on. While nothing new in horror, all of these moments felt very intense. Song of Horror does a fantastic job at building a suspenseful atmosphere, which makes it all the more upsetting that this level of quality couldn't extend to the narrative or the characters.

When it comes to gameplay, Song of Horror assumes the third person perspective, complete with a fixed camera akin to the early Resident Evil titles. Movement controls never quite feel right in the often narrow environments, but they are never bad enough to the point where they cause you death. Just expect to hug the walls far more than you actually intend to. As whatever character you choose, you are tasked with exploring the environment and completing a series of puzzles in order to progress. Finding items required to complete said puzzles or unlock doors is fine in isolation, but it immediately becomes a more stressful affair when you realise the Presence is always lurking about. To be extra safe, you can place your ear up to doors to listen for the creature. If there's noise and you make the mistake of opening the door, your character will die. 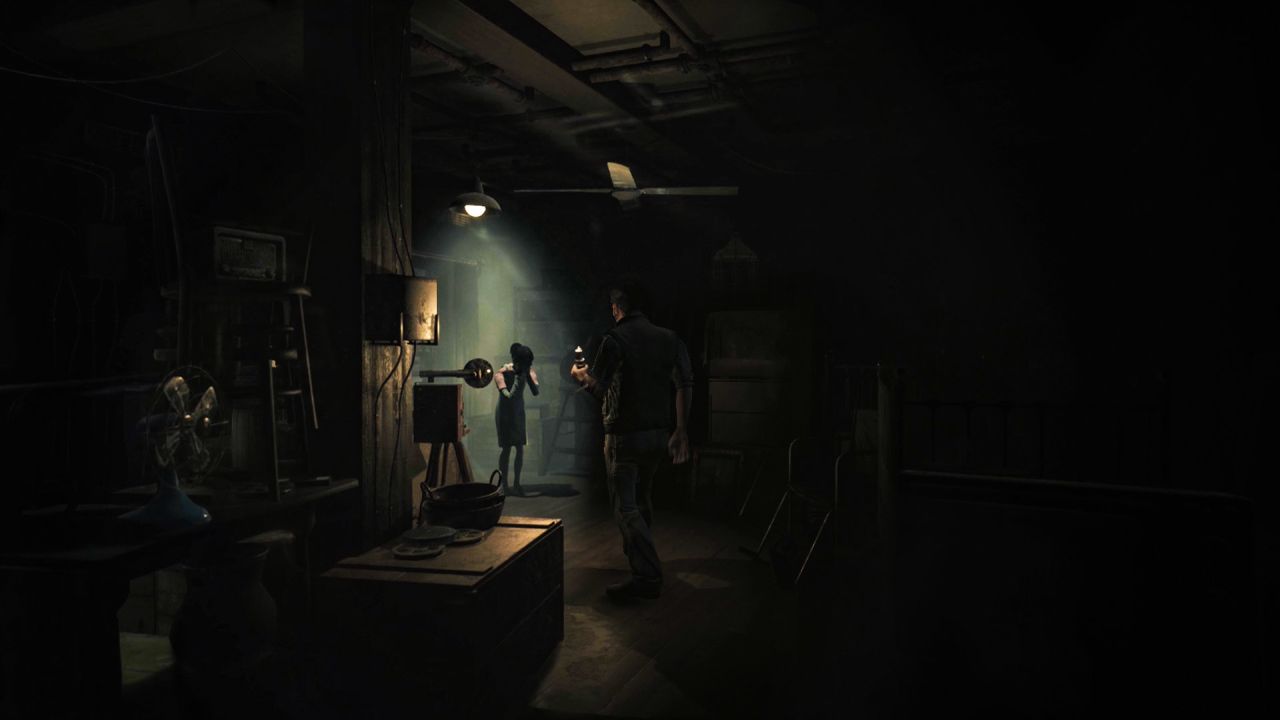 No matter what you do to avoid it, the Presence will eventually track you down, and when it does you will need to be ready to combat it. Sometimes it will try to barge through a door and you'll need to hold it back, or give you no choice but to find a hiding spot. Moments like these contain little QTE minigames, with your success or failure determining whether your current character lives or dies.

My biggest issue with Song of Horror was that the game is essentially broken upon starting episode 4. Opening doors to enter rooms results in an audible error noise on the PlayStation 4 and 5, which eventually results in the game crashing. Crashes, while annoying, could be forgiven to a degree, but the crash doubles down and also eradicates your save, either leaving with nothing, or a cloud save if you were crafty enough to have one available to you. This sort of error is pretty much unforgivable given that the game has been available for weeks now, and with no date given for a fix, I find myself hard pressed to recommend anyone bother with the game until it is patched. If Song of Horror sounds like a game for you, I'd say to play the first three episodes and then wait until the patch fixes this glaring issue.

Song of Horror has some interesting ideas, but they never truly come together in a way that is truly memorable. The sense of atmosphere is strong and there are some pretty good scares, but ultimately its slow and unapologetic nature, lacklustre character development and hugely frustrating save corrupting bug among other issues result in a final product that is just not fun to play. Those more tolerable of slow burning atmospheric horror games are sure to find something to like in Song of Horror, but for most, the shortcomings make it a dull journey that isn't worth embarking on.

Our ratings for Song of Horror on PlayStation 4 out of 100 (Ratings FAQ)
Presentation
50
Graphical style is fine without being great. Voice acting is mediocre.
Gameplay
55
Exploration is inhibited by average controls. Combat is limited to basic QTE minigames and puzzles are fun if not a little obtuse at times.
Single Player
45
Intriguing narrative but the poor characters and pacing see it never reach great heights.
Multiplayer
NR
None
Performance
30
Save bug that corrupts the game in episode 4 is unforgivable. Performance is otherwise fine
Overall
45
Song of Horror manages to provide atmospheric horror, but its lack of quality characters, unapologetically slow gameplay and heartbreaking save corruption bug make it a game that just isn't worth the time. 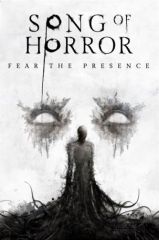