Spy thrillers have a lot of rules to abide by. There's the exciting action, thrilling set pieces, secret agencies, and a grooving soundtrack. Some would call these clichés, but fans get exactly what they are after. The genre doesn't often make an appearance in the interactive entertainment medium, aside from occasional original entries or movie spinoffs. And you certainly wouldn't expect a quality spy experience to appear on PC as a port of a previously released Apple Arcade game – but Agent Intercept is exactly that, and it's here to break through your doubts with style. If only it wasn't held back by its mobile game origins. 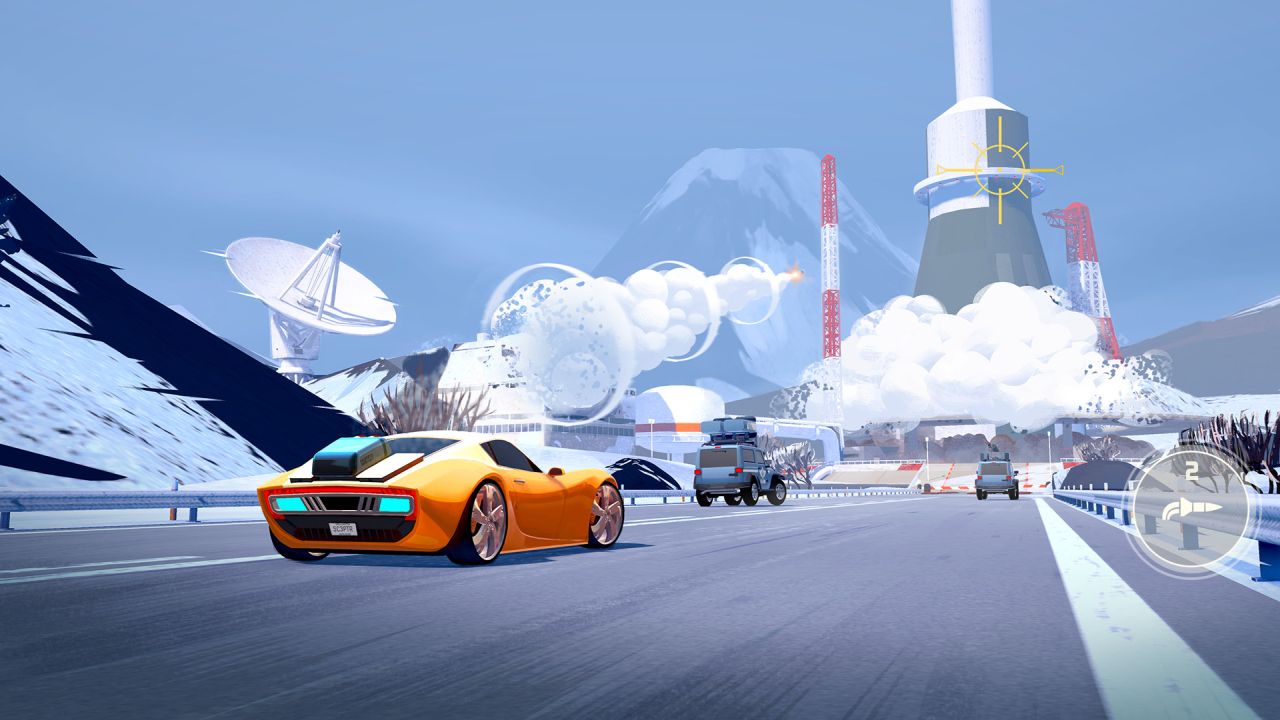 Agent Intercept puts you in the shoes of a super spy, who takes the reins of Sceptre, a special transforming vehicle, and goes on a series of missions. The story starts off with you trying to stop various villains and crooks from destroying towns and eventually stopping nuke-carrying rockets. An evil organization named CLAW is behind these nefarious plans, and you and your team must stop them. The game doesn't reveal what your character looks like, as you're always just using the Sceptre, so players can slot themselves into the action easily. Instead your colleagues from The Agency deliver the critical data and dialogue between missions. In the first of many pleasant surprises of this mobile game port to PC, Agent Intercept has nearly all fully voiced briefings and dialogue. The cutscenes also feature simple, but well drawn character portraits and occasional animations that detail the task ahead. The soundtrack is fitting for the setting, with a few light tunes, as well as the classic exclamation sound effects during the action.

The career mode design is by the numbers for a mobile experience – there are a few missions to play through in each chapter, and you must earn a certain amount of objectives in order to unlock the final level. Tasks (called Intel) usually include finishing the level, reaching a certain point multiplier, destroying a specific number of enemies, drifting for a certain distance, and so on. The objectives are usually not overly challenging and missions don't require replaying; you should have enough done if you focus just a bit on these objectives the first time around. The campaign design is good because while you can complete the experience in around 2 hours, it doesn't outstay its welcome. You get to see all the whacky set pieces at a rapid pace, and you can power through the shallow gameplay before it further ruins the experience. 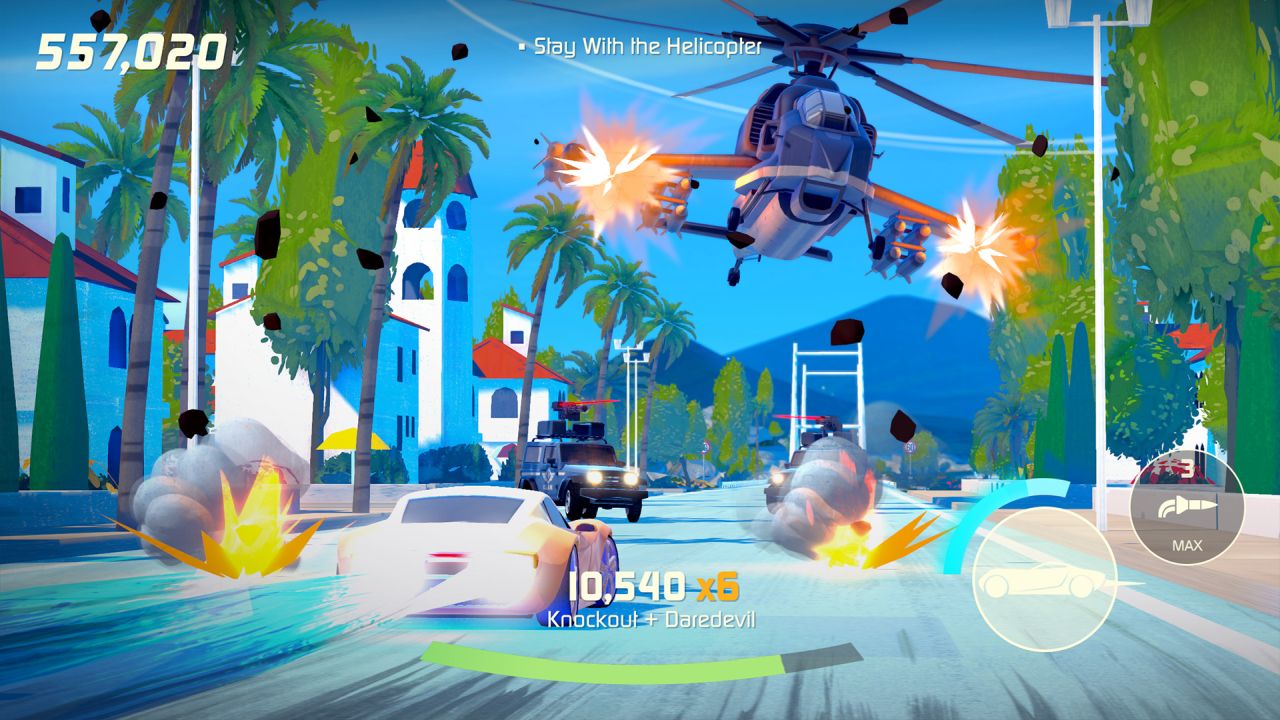 Surprisingly, for a mobile game port, the gameplay is the weakest aspect of Agent Intercept. It's not terrible, but it is very basic and grows repetitive quickly. Each level consists of a 3D action race, where your super car is always driving forward, and the only inputs are to steer left / right, boost, and use a weapon. The camera perspective is fixed, and often at a strange sideways angle, which prevents you from seeing too far ahead. Whether this was a deliberate design choice or a limitation of the game's mobile origins, it's nonetheless not an ideal way to drive and anticipate upcoming dangers. Scattered across the roads are pickups in the form of points, as well as mission-defined weapons.

Indeed, the life of a spy is dangerous, and so various enemy vehicles will try to prevent your progress as you're probably chasing a villain or trying to stop an explosive truck. Sometimes they are stationary, but most often they will appear ahead of you, and can shoot back or drop mines. You can use the various weapons you've picked up – rockets, machine guns, or a laser – to dispatch them, or you can also just boost into them for some damage. The weapons and boost are all limited-use (though the boost refreshes over time), so you have to be diligent while avoiding incoming attacks. There is no way to refill health during a mission, so some may take a few attempts to get through. However, given that they are usually under 10 minutes long, it's not a big issue. 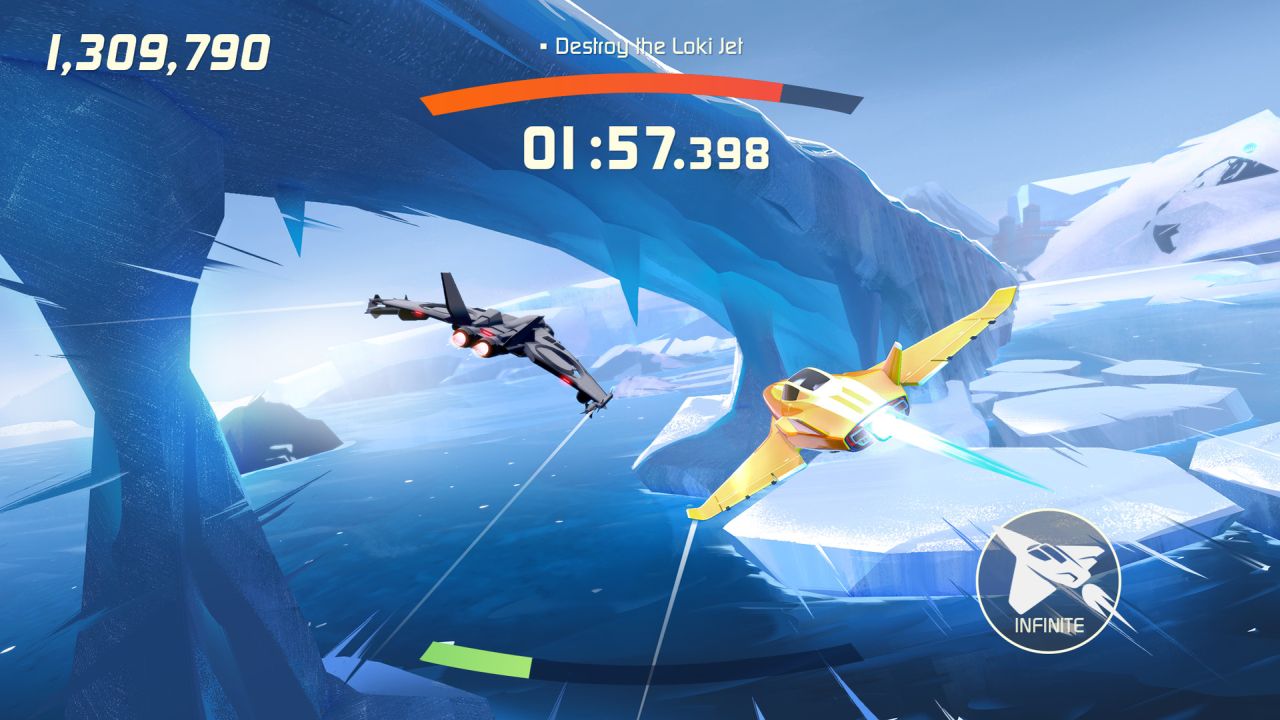 You'll be shooting and drifting your way through a few different environments, from a sunny coastal town to a military outpost in the snowy mountains. A lot of work has been done to spruce up the game's visual quality for a PC release, though it's still not the sharpest looking game. Its slightly cartoonish art style helps with the lackluster technical visuals. Your vehicle can transform, and will do so automatically when you switch terrain – from driving on a road in your car, to diving into a river and becoming a boat, to soaring in the air as the Sceptre transforms into an airplane. These are all scripted sequences and you'll use whatever form of transport that the level demands, but it provides a bit of variety. The controls change slightly as well, with the car mode feeling the most satisfying; becoming a snowmobile is okay as well, while the boat is rather unresponsive in its turning, and the airplane sequences can also feel unwieldy.

While the fodder bad guys are dispatched easily enough, the game does a good job of providing players with lots of mission variety, and sticking with its secret agent motif. You can be chasing an explosive truck in one mission, and in the next you plunge into a river to take down an escaping submarine. In the mountains, you could be trying to beat the clock to make a last-ditch effort and shoot the weak point of a rocket that's taking off into space. It's all surprisingly exciting and entertaining, without going overboard to become a parody of the genre. A couple of mission sequences are annoying – like when you're driving towards the camera, escaping something. But on the whole, it's light hearted and fun, and there is a lot to keep you guessing as to what can happen next. There are also difficulty options to further make it accessible to perhaps younger players. 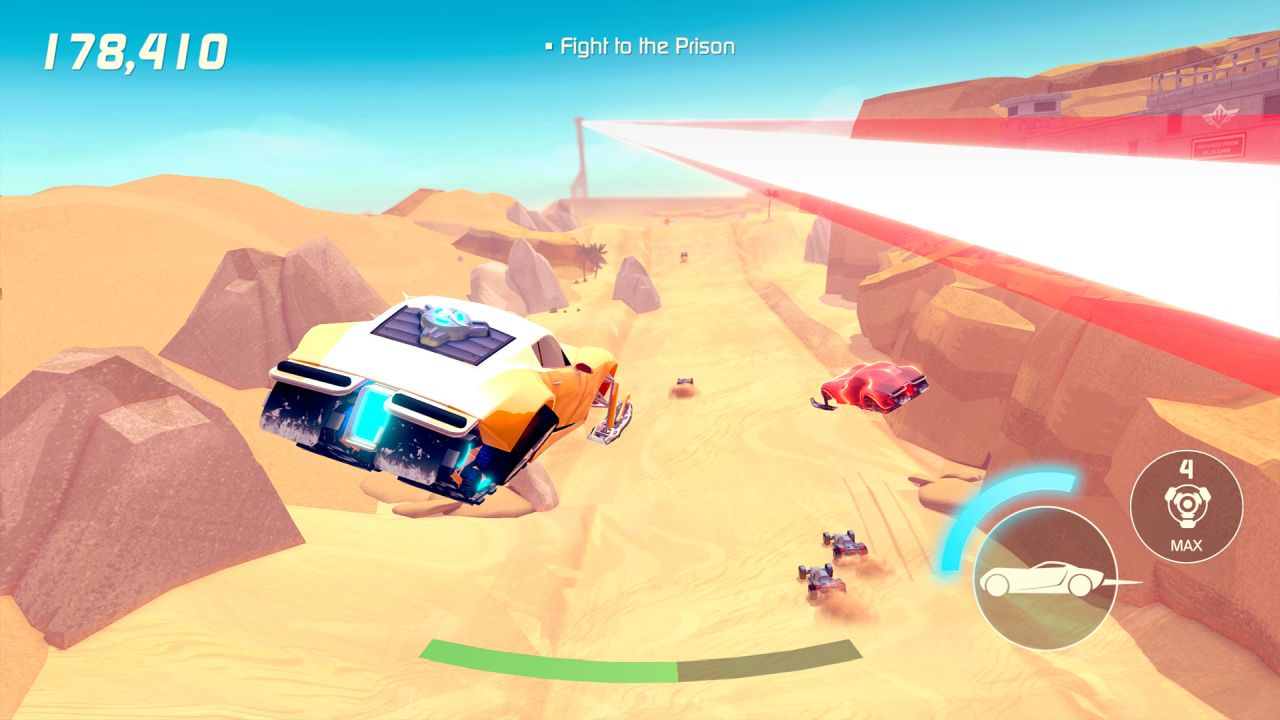 Despite the exciting nature of the missions, the game does feel quite repetitive. With only three player inputs, there's only so much that you can do, and despite some creative scenarios that would make Fast & Furious franchise take note, the gameplay begins to wear thin. It's too bad, because after the main campaign, you can also undertake even more original optional missions, or try to set some high scores with target practice/time trial/chase by replaying the main missions. But despite there being more content beyond the campaign, you may not want to keep playing simply because the mechanics have all worn thin.

Although the PC version features many improvements – better visuals, audio, and even full mouse support in menus, a rarity in most mobile ports, the $20 asking price seems a bit high, again given the shallow gameplay. The content is certainly mostly there, but just not the mechanics.

Agent Intercept is a rare case of a mobile game port that struggles with gameplay, and surprisingly succeeds almost everywhere else. It's an engaging and entertaining spy thriller, with solid presentation and good mission variety. It holds so much promise, that you actively wish it was better than it turns out to be – the repetitive, simple gameplay and awkward controls/camera let the experience down. It's still worth playing, especially for those looking for something in the spy genre, but it lacks just that little bit of extra quality for an all-encompassing recommendation.

Our ratings for Agent Intercept on PC out of 100 (Ratings FAQ)
Presentation
65
There are notable improvements on PC over the mobile version, but it's still a fairly basic looking title. The soundtrack is fitting, but equally limited.
Gameplay
50
Simple controls give away the game's mobile origins, and dispute some good mission variety, things get repetitive.
Single Player
74
The game manages to deliver a surprisingly entertaining and varied spy thriller, in spite of its shallow mechanics.
Multiplayer
NR
None
Performance
(Show PC Specs)
CPU: AMD Ryzen 5 3600
GPU: ASUS Radeon RX 580 8GB
RAM: 16GB DDR4
OS: Windows 10 Pro 64-bit

85
No issues, and full mouse support in menus is welcome.
Overall
63
Agent Intercept offers a surprisingly thrilling action-adventure, but even with some improvements over the mobile version, the shallow and repetitive gameplay ultimately holds it back. 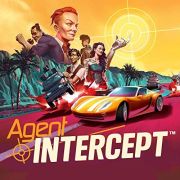