Taking out the trash, over and over again

How do you come up with the perfect name for a video game? Ideally you want a name that is memorable, snappy, and explains what the game is about. It is hard to believe that a developer would choose to call their game Garbage, but that’s exactly what Homebased have done with their new creation. Aside from it being tongue-in-cheek, Garbage is the name of the city where the story takes place. A more descriptive name would be longer, like Hobo Management Simulator, Vying Vagrants, or Bum Watch 2021. Ultimately Garbage is about taking care of bums so they can physically take care of opponents. Like other management games, it has addictive qualities, but inconsistencies and grind keep it from punching above its weight. 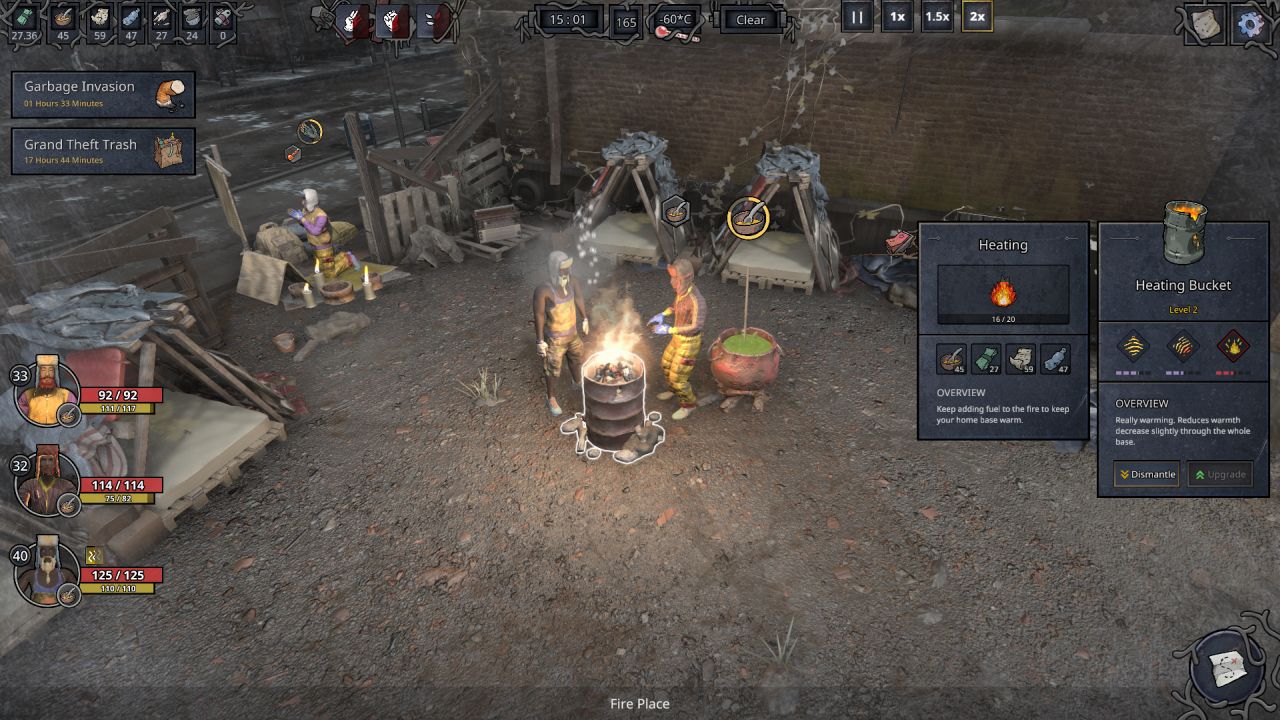 Garbage does not have much of a story. You play as the ‘chosen one,’ a randomly named hobo who is destined to walk the path of greatness. No further information is provided, nor is it obvious what path leads to the end. Without any decent tutorials, players must fumble through the first stages and this could mean restarting a few times. To get to the end requires exploring the City of Garbage entirely. Although exploring is not the right word for it, as the only time you can physically control your bum (and bum allies) is in your home base. Everywhere else, you merely view the area from above to click on things, like to take simple fetch quests from NPCs, search for supplies, begin a simulated fight, recruit more bums, or hire skill trainers.

All the bum management takes place in the so-called home base (actually a side alley) where you can build structures and instruct each recruit. Every bum has three life meters to maintain: hunger, hygiene, and warmth. The introductory period is brutal because you begin with so few resources. It is easy for a bum to perish from malnutrition, infection, or hypothermia. There is a day/night cycle and the game progresses through the days and changes seasons. Rainy days deplete hygiene. Blood moons make bums insanely hungry. And winter, the worst of all, freezes bums, water, and plants alike.

Once you win a few early fights against street thugs, and collect supplies, some structures can be made to postpone dying. After building a cook pot, it can make meals but this requires ingredients and a bum to cook; plants can be grown to make some ingredients. Hygiene can be maintained with a communal shower and bums tend to self-manage this aspect. To keep your bums warm in winter though, a fire pit must be constantly fueled. And yes, burning money is a valid way to keep both plants and people from freezing. Fortunately a begging spot can be made to acquire money regularly, although this prevents that bum from doing other tasks. When you get beyond the initial few hours, basic survival becomes more of a background concern. 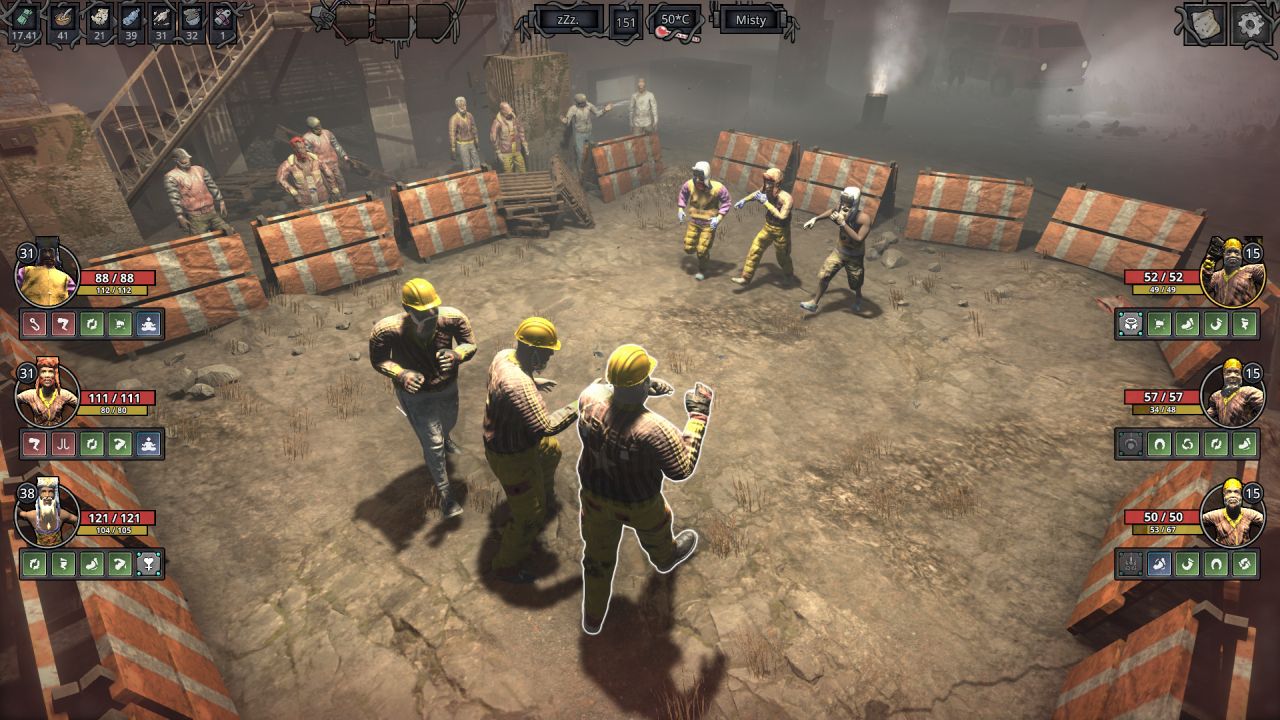 Once you stop dying so easily, it is time to start vying the tougher hostiles across the city. But to beat the best, you need to train like the best. Training gear can be built in the home base for characters to increase their stats (extremely slowly) and unlock new combat skills. The act of training uses energy so bums need to sleep between sets. But the kicker is that the home base is constantly inundated by threats: invasions, police, and enemies you defeated previously. There are even optional fights to earn resources. Losing an incursion results in a serious loss of resources and possible injury. Entering any battle while low on energy is basically like forfeiting. So bums need to rest before an upcoming battle, severely hampering progression as you shuffle who trains, who cooks, who sleeps, and who begs. It is a constant micromanaging headache but also an addictive and satisfying loop when the timing works out just right.

The fights against enemies are automated and animated from an isometric perspective. Up to four characters per side go at it and the winner is whoever is left standing. The fights are brisk but not predictable. The simulation tends to use the skills you have selected poorly, by deploying area skills against sole targets or not using obvious skills despite ample energy. Worse is that the pathfinding leaves a lot to be desired and generally looks bad. Allies tend to shuffle around each other, wasting precious seconds and getting hit from the side, and this can be a huge problem since fights are often dictated by the opening punches. Plus certain skills have a chance of spike damage (or stunning) which can turn the tide. So even though both teams are simulated by the game, fights between evenly matched forces can be a clean sweep in either direction.

This randomness means that it is hard to get a read on what skills and combinations work best. The skills available are varied and grouped into three categories: strength, stamina, and agility. They range from kicks to punches to dodges. There are more outlandish ones, such as throwing rats, twerking, or belching toxic gas. The large skill tree also has passive abilities (like increasing attack speed) and some that aid survival. If skill strategy fails, it is possible to just keep leveling your hobos until they are much higher than opponents. The extra health and energy will see them win, most of the time. This might be required if one or more of your bums dies, since late-game battles will put four enemies against your three or less. 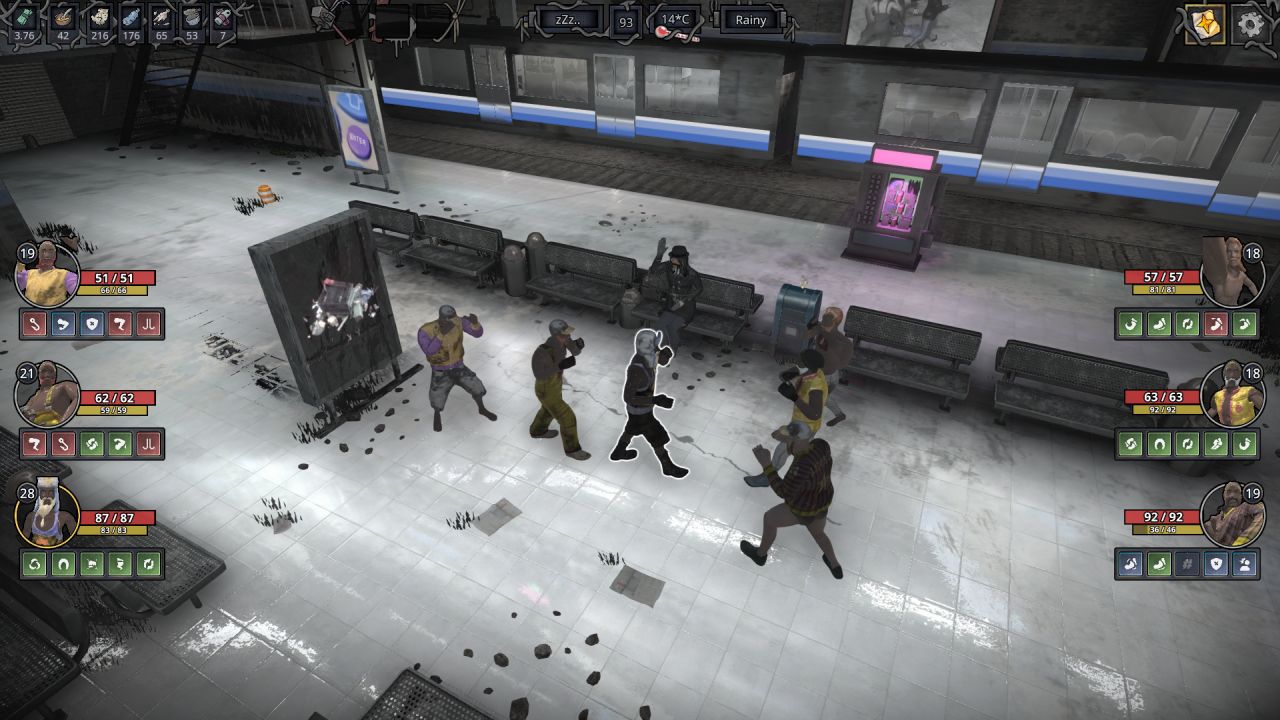 In Garbage, there are a lot of fights and it wears thin as you are merely an observer to crude and unpredictable action. The middle part of the game progresses smoothly enough; areas are cleared steadily by completing simple quests and fighting targets. Each cleared area opens a new one and therefore provides more resources to find. But because the start is about desperate survival and the end is a hobo training montage, starting another game is not enticing. It does seem like the game wants people to replay. Because if you do, there are minor changes, like unlocking areas in a different order based on quests taken.

The areas are the best part of the game visually, although this is still quite a basic game in terms of presentation. The city has five different suburbs with five areas in each. Every one is grimy and unique, although none are big. Visiting a new area comes with an animated cartoon introduction (for both day and night), and while these are nice, the accompanying dialogue usually nonsense or juvenile. Less appealing are the character models. Most bums look generic with stuck-on beards. There are some technical issues too. When controlling bums in the home base, they tend to stop responding and might refuse to sleep or cook until they’re told to stand elsewhere. On top of this, one of the skill trainers (strength) was completely absent from the world resulting in limited skill options. On the plus side, the game seems like it would scale up well, but the current offering needed a reduction in scope to improve quality. 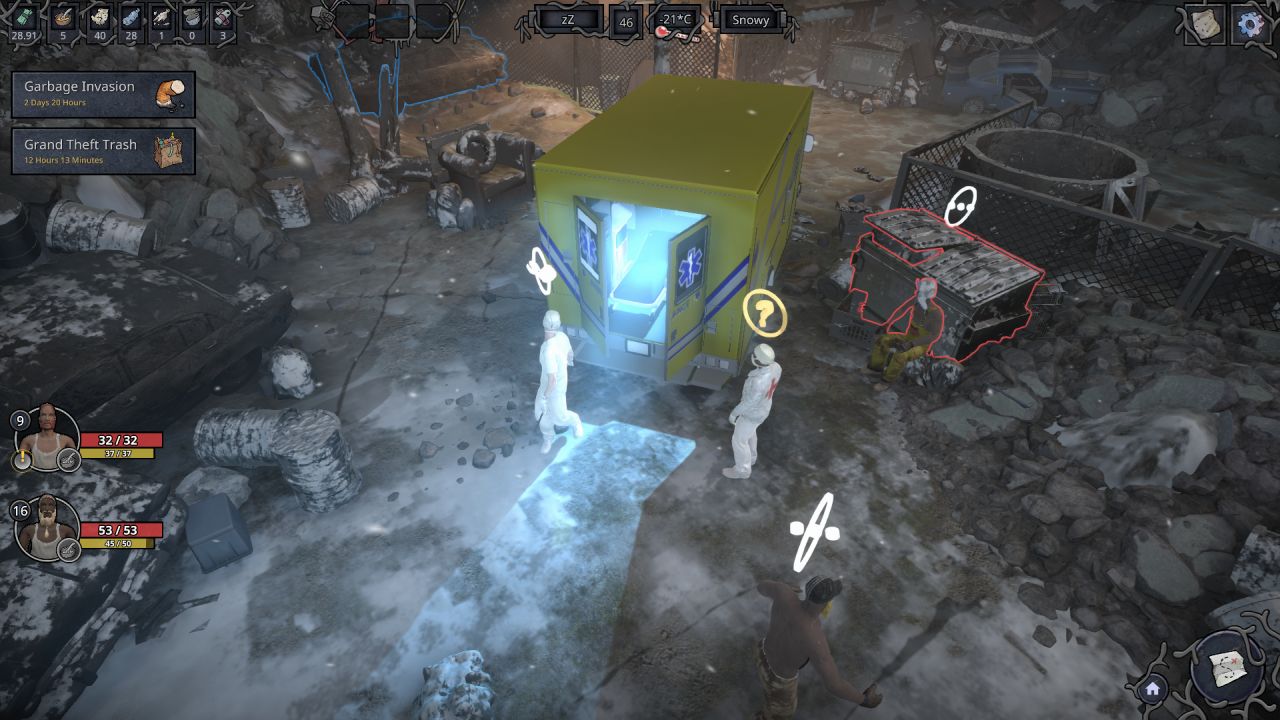 Garbage is not garbage, but it also has a way to go before it can be recommended for everybody. The basic management aspect of directing and leveling a bum posse is addicting, despite some micromanaging headaches. Brisk progression in the middle part of the game also helps. But the bum fights are too random, making it hard to uncover successful skill combinations and strong hobo synergy. It is a repetitive grind too, depending a bit on how many hobos live through the initial survival stage. And the crude presentation and technical quirks keep the game from reaching true potential. That said though, there is definitely a market for Garbage—after all, one man’s trash is another man’s treasure.

Our ratings for Garbage on PC out of 100 (Ratings FAQ)
Presentation
55
Crude player models, basic sounds and music. The environments are the best feature although they are not that big or that interactive. Fights look pretty basic.
Gameplay
65
Managing your bums can be addicting. Survival is important and training a small team to beat up opponents turns out to be a decent gameplay loop. Simulated fights make it hard to work out what is working though.
Single Player
50
Nothing much in the way of story and player direction is minimal. The narration is rarely funny and the quest dialogue is usually forgettable or childish. It will take around 10-15 hours to complete but there is some replay value.
Multiplayer
NR
None
Performance
(Show PC Specs)
CPU: AMD Ryzen 5 3600
GPU: XFX RX 480 GTR Black 8GB
RAM: 16GB DDR4
OS: Windows 10 Pro 64-bit

65
Technical issues with pathfinding come into play during both fights and hobo management. Some world bugs, like missing skill trainers, can result in higher difficulty. Otherwise, it runs okay for how it looks.
Overall
61
Managing a small group of bums becomes addicting in Garbage, with the objective to keep them alive and train them to fight. Unfortunately some leveling grind, repetitive and random fights, and technical blemishes mean that the game does not go the full distance. 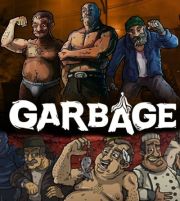