THE LAST KIDS ON EARTH AND THE STAFF OF DOOM
Platform: Xbox One
55
SummaryNewsArticlesVideoScreens

The Last Kids on Earth and the Staff of Doom Review

Although far from extinct, the licensed game has become something of an anomaly. There used to be gaming adaptations of just about every property you could think of. From Teenage Mutant Ninja Turtles to Home Improvement. Either due to rising development costs or the ubiquity of smart phone titles, you just don't see as many as you used to. Every once in a while, though, one manages to sneak onto shelves. Based upon a Netflix series, which in turn is based upon a book series, The Last Kids On Earth and The Staff Of Doom game comes to us from license specialists Outright Games Ltd who previously adapted a number of other animated shows and developers Stage Clear Studios. The question is, though, will this satisfy more than just the fanbase of the series? 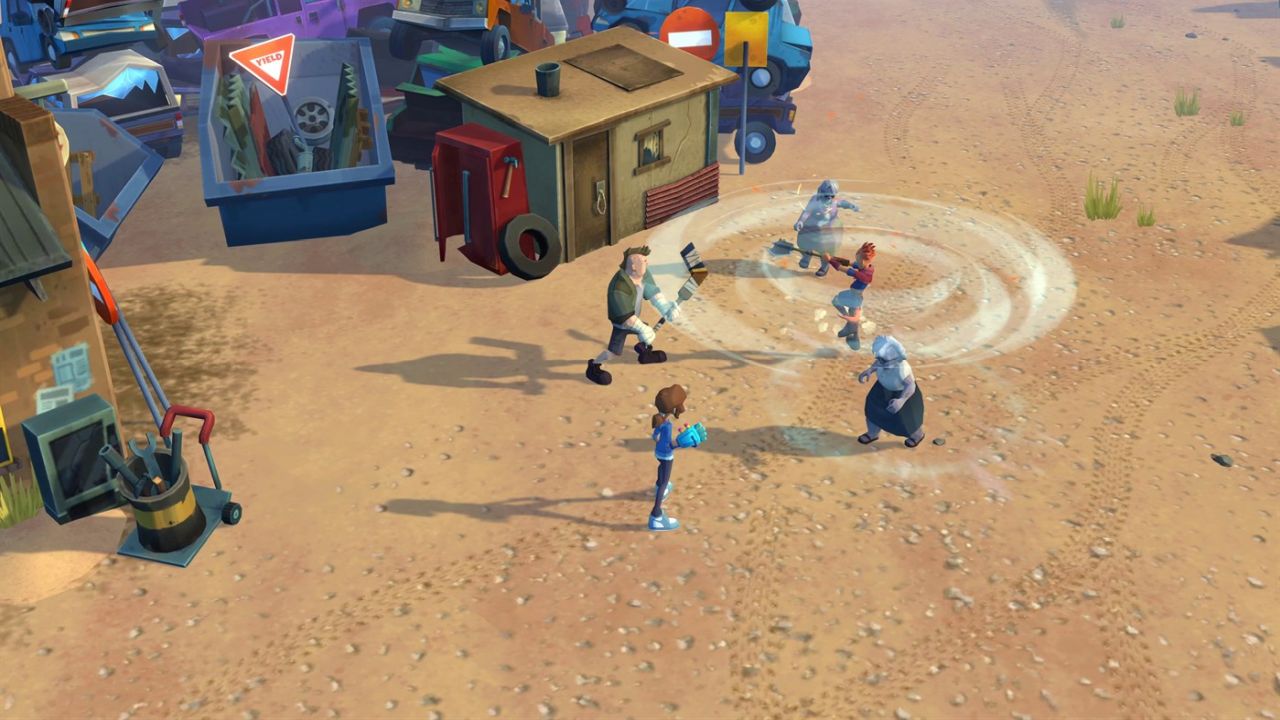 The zombie apocalypse seems like a strange premise for a children's book series, but author Max Brallier has evidently made it work. A new entry in the series is scheduled for this year, and the Netflix adaptation "The Last Kids on Earth" is still going strong. This animated show serves as the foundation for the story of The Last Kids On Earth and The Staff Of Doom. In their latest adventure, the titular group must stop the evil Malondre from assembling the Staff of Doom. In order to do so, they will travel across their home turf of Wakefield in search of the artifact's missing pieces.

Considering the game has multiple TV seasons to pull from, I was surprised at how underbaked the story ended up being. If the plot here had been transposed to the Netflix adaptation, I would generously describe it as a filler arc. We learn almost nothing about Malondre, and nothing changes the status quo of the core cast. I know expecting seismic changes to the plot of the series to come from a video game adaptation is fool-hardy, but the stakes could have been raised at least a little bit here. What we got, though, is a bland adventure that might even bore fans of the series.

Similar to dungeon crawlers such as Gauntlet or Minecraft Dungeons, The Staff of Doom makes good use of the four-person team. Although you can certainly run through the campaign solo, this is clearly designed to be played with three other friends. All four main kids of the show – Jack, June, Quint and Dirk – are available for you to choose from. The four of them are split between different weapon classes. Jack and Dirk are melee focused, while June and Quint are adept at projectiles. Each of these characters has a special ability as well, although mileage varies when it comes to their usefulness. Quint's healing ability is much more useful than Jack's damage dealing spirit attack. 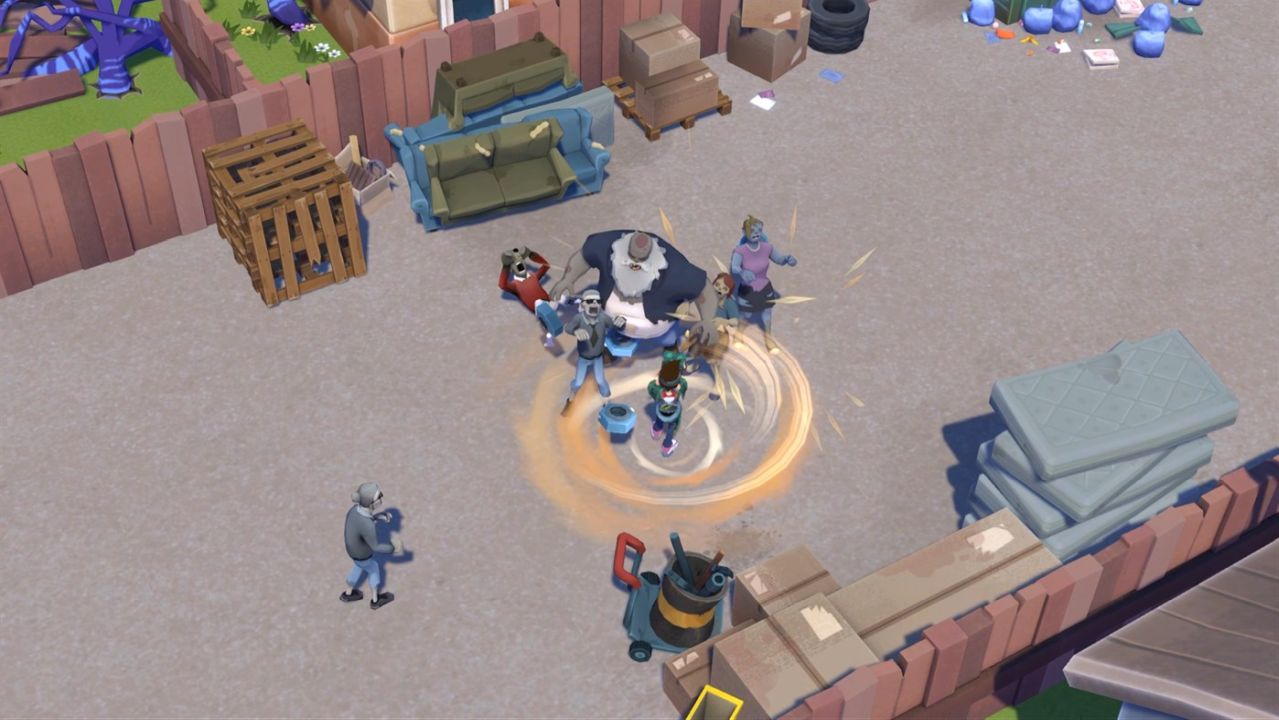 As a basic dungeon crawler, the title achieves what it sets out to do. The combat is simple enough for the younger crowd to get into and difficulty errs on the easier side of things. Enemies are constantly dropping health to pick up, so even if you do find yourself in critical condition, you should be able to get back to full health pretty quickly. If you're someone who is a diehard fan of the property, you'll most likely get enough enjoyment out of the title. However, for those not as familiar with the IP, or simply above the age of early teens, this may not do much for you.

The big issue with The Staff of Doom for me is how little depth there is to all facets of the project. As mentioned, the combat is explicitly designed for young fans. And although it is not broken, it can get pretty boring by the latter chapters of the campaign. The title would have benefited from offering you greater variety in the combat. Whether it be through additional combos getting unlocked, or enemies that do more than just charge you directly, anything would have been appreciated. You can unlock additional weapons for each character by finding blueprints across the town, but these don't change how the game is played. Outside of a different charge attack, there's nothing that separates a sword from a skateboard other than looks.

There are two other activities for you to do when you're not mindlessly bashing zombie skulls. At random parts during the campaign, you'll be thrust into quasi-tower defense segments. These tend to happen when a monster decides to attack your home base for plot purposes. The treehouse you use as HQ can be outfitted with three turrets. With those firing automatically, you will be patrolling the ground. Really, this isn't changing the gameplay much outside of giving you some additional help, but it's something at least. One of the confusing things about these moments is that since additional turret blueprints are hidden, you likely won't have full access to everything prior to completing all of these challenges. 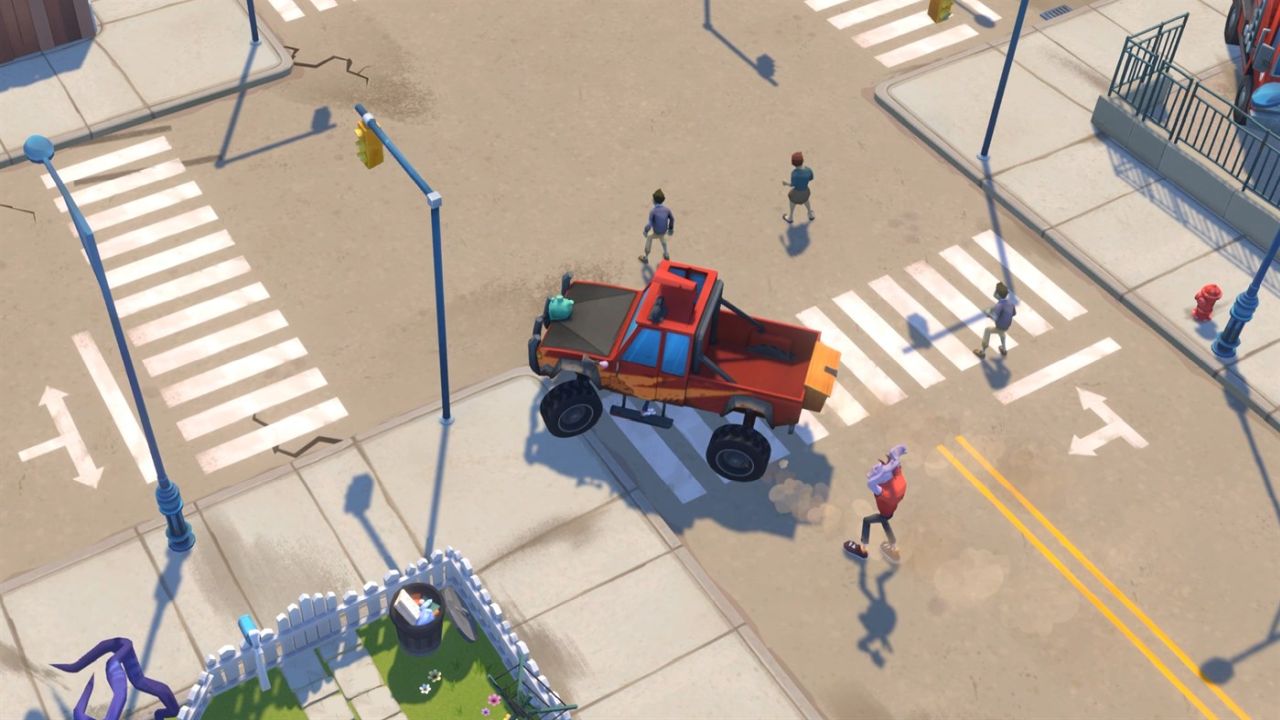 Wakefield, the town where the game and the show take place, is a pretty big chunk of land, and thankfully you don't have to always explore it on-foot. You can also step behind the wheel of Big Mama. A hulking mass of a vehicle, Big Mama is the ideal transportation method for the zombie apocalypse. It can run over any monster you come across, and there are even time trials found in each district to complete. Despite the loose handling of the vehicle, I would have liked to see these segments given more time. They provide a welcome change from the button mashing zombie killing the title is mostly built around. It's also annoying that the map frequently prevents you from driving into certain areas due to obstacles. I know they are designed this way in order to get you to explore on-foot more, but by the latter levels, I kind of just wanted to get through areas as quick as possible.

I will say, despite the boredom I had going solo, the title is a fun enough diversion with friends. If you get a group of like-minded gamers together, there are worse ways to spend an afternoon than slaughtering hundreds of zombies. However, what's with the lack of online play? I understand that this may have been a budget effort, but how do you not have online play? Maybe the studio preferred to have kids get together in-person to play as a group, but it's still a curious decision. We just spent the last year plus avoiding contact with others. After 2020, online play feels like it should be mandatory at this point.

The Staff of Doom lacks the visual pizazz of the animated series it's based off of, but it's not all bad visually. The character models for the core four look pretty good, as do the other major monsters you come across. And I also appreciate how much color there is across the entire game. Zombie apocalypses are typically depicted in nothing but the most brown-like of colors, so the bright palette used here was appreciated. The lower budget of the game can be seen in the repetition of certain assets however. The town of Wakefield has little variety to it. The only significant changes come when you venture to certain designated locations, such as the arcade or pier. The reuse of specific bits of dialogue also grates on the nerves. It's nice that some of the voice cast from the show reprised their roles for the game, but a little more variety in their quips was definitely needed. 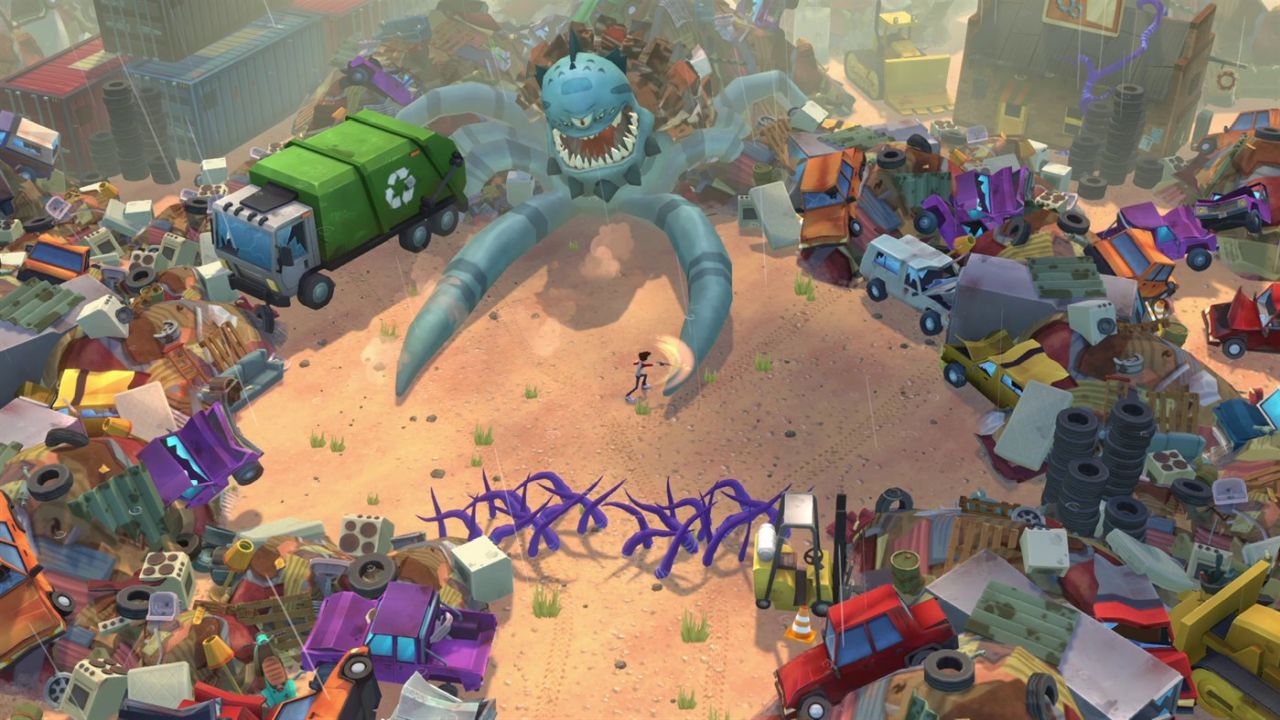 The Last Kids On Earth and The Staff Of Doom is far from a bad game, but it never rises above being mediocre. The gameplay is solidly built, but there is a glaring lack of depth to it. The plot could have gone to some interesting places but refuses to alter the status quo in any meaningful way. And while the colorful visuals separate it from other post-apocalyptic fare, the reuse of assets is noticeable. I also understand that I'm not the target audience for this title. I can see young fans of the series having a blast with this, whether alone or with friends. However, for the older gamers, there are far better dungeon crawlers out there to seek out.

Our ratings for The Last Kids on Earth and the Staff of Doom on Xbox One out of 100 (Ratings FAQ)
Presentation
58
Although the reuse of assets is quite noticeable, I think the bright and colorful aesthetic works well. It sells that this is a zombie apocalypse the kids can enjoy, while also differentiating itself from similar efforts.
Gameplay
50
The Last Kids On Earth and The Staff Of Doom can easily be referred to as My First Dungeon Crawler. The hack and slash gameplay is designed for the series' young fans. Older gamers may be turned off by the lack of depth, though.
Single Player
40
Expecting this tie-in to alter the status quo of the series may have been too much, but this tale is still woefully undercooked. The main villain gets zero development, and the adventure does little to endear you to the recurring cast as well.
Multiplayer
65
While there are better dungeon crawlers out there, I can't deny that I didn't have fun roaming Wakefield with friends. The lack of online play is a major bummer, though.
Performance
80
Outside of some minor clipping, the title ran solid on the Series X. Load times were negligible, and the framerate held up in the face of chaotic on-screen action.
Overall
55
The Last Kids On Earth and The Staff Of Doom may keep the young fans of the series entertained for a good amount of time. However, the lack of overall depth and no serious tie-ins to the plot of the show makes this an effort that more discerning gamers can safely ignore.

The Last Kids on Earth and the Staff of Doom 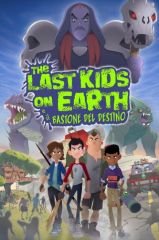