A Test Worth Failing

It can be tough to stand out in today's crowded gaming landscape. This is something that is especially true for smaller developers who lack the funding of a big-name publisher. Often, they'll need to put on their thinking caps, and come up with something wildly creative and special. With that in mind, I can see what Fair Games Studio was shooting for with Protocol. It takes more than competence to find an audience, so why not go for broke with absurdity? However, if the finished product can barely handle the essential components of playability, all the creativity in the world won't be able to make up for it. 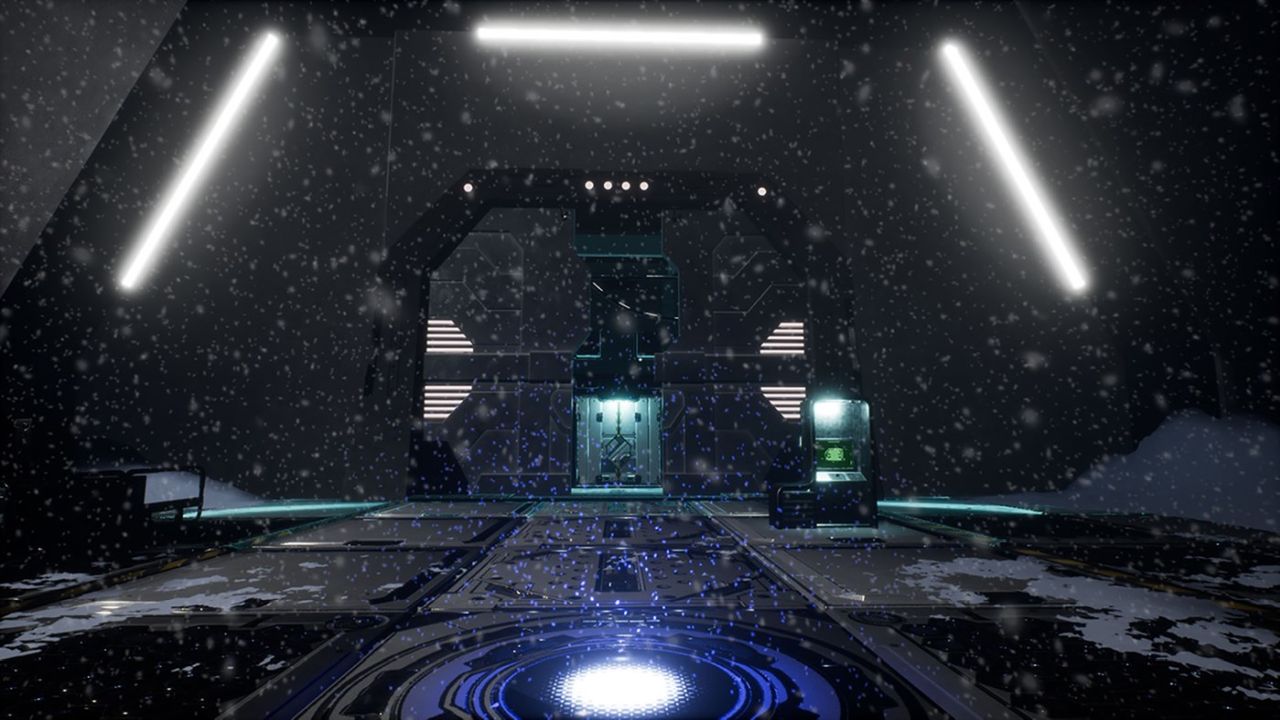 Sometimes when you get out of a bad relationship, you do something drastic. Perhaps that is the case for Prometheus, the man at the heart of Protocol. Our weary protagonist recently got divorced and decided his next step would be to sign up for a mysterious mission. Not only is the organization behind said mission vague on the details, but they also shipped the man off to an isolated, snow-soaked facility. There's a catch to this job, though: Prometheus must always follow the rules of the protocol. Any deviation from the protocol will result in his immediate destruction. And by immediate destruction, I mean blown up in a nuclear explosion.

To offer a slight spoiler, the reason this mission is shrouded in secrecy is that it involves extraterrestrials. Prometheus will get to interrogate one of these creatures, as well as explore the ship it arrived on. As a sci-fi fan, I was intrigued by this set-up. Shadowy corporations and their often-nefarious experiments can make for a fun tale. However, that is unfortunately not the case here. The biggest issue is that even once the plot gets fully into gear, it's just not that interesting. The alien creatures aren't developed outside of being from a different world, and the organization that kickstarted this whole endeavor doesn't play a large enough role. There is an AI companion of sorts that does police your actions at the start. If the title had stuck with this set-up for the entirety of the story, there might have been something here. Instead, the AI decides to begin acting like Prometheus' ex-wife, which is a nightmare of a twist.

Using the justification that he has an emotional connection with his former flame, the AI decides to embrace that role. I absolutely hated this story beat. There are ways to mine humor from a sour relationship. Plenty of comedians have done so and will continue to do so. But the humor here is of such a low level. Just the hackiest, borscht belt like material you can think of. Any of the rapport between our only two characters is ruined by this F-grade humor. The fact that the story eventually tries for some more emotional, mature moments towards the climax only makes it worse. You can't ask me to buy into a relationship that was never developed outside of tacky jokes. 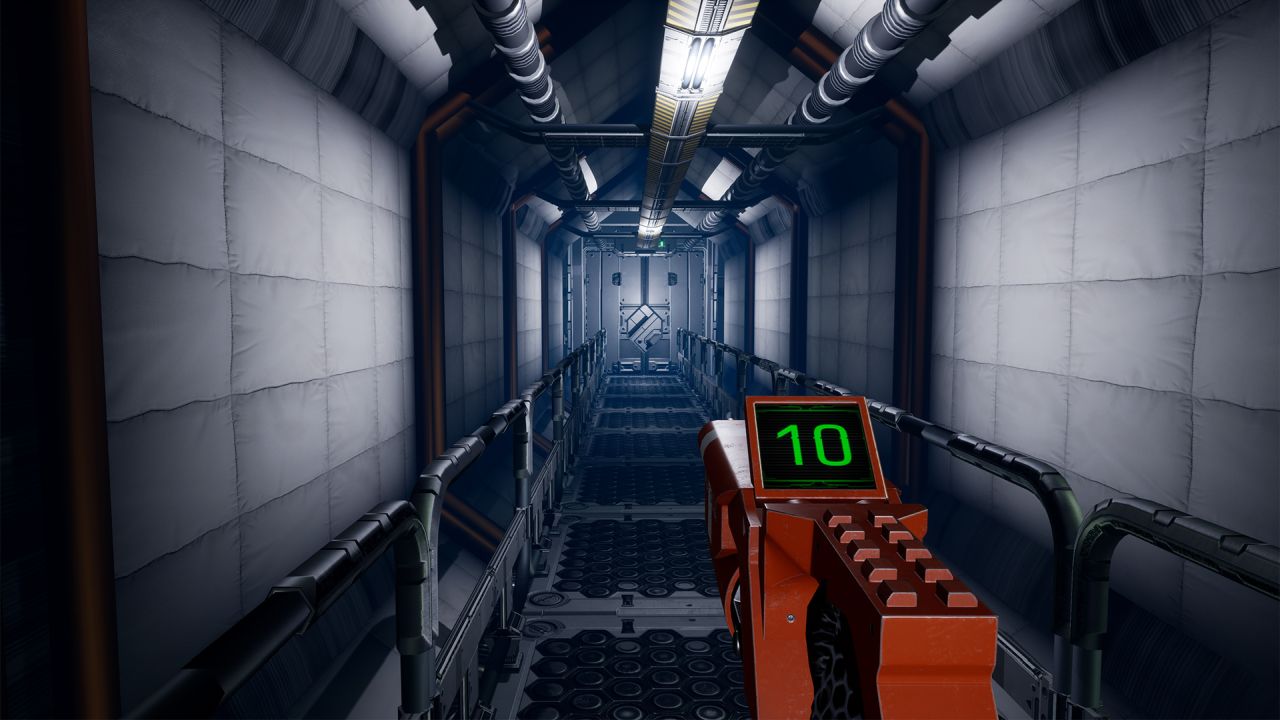 Protocol is a title that is not afraid to hop from one genre to another. What does link all these styles together, though, is the fact that a first-person perspective is the only one utilized. When you first crash land near the facility, the game takes the form of a walking sim/puzzler. Later you acquire some alien weaponry, so it shifts to a shooter. And by the end of the tale, you'll get to try your hand at some stealth segments. The constant mixing up of what you are supposed to be doing could be a way to prevent boredom from seeping in. Or it could be an example of a studio unsure of what direction the title should have taken.

My issue with the gameplay of Protocol is not that it tries its hand at so many different things. Variety is the spice of life and all that nonsense. But it fails at almost every aspect of what it tries to do. The puzzle segments are upended by horrendous control and physics. Evidently the title had been designed for VR support on the PC, which could explain why the controls are so wonky on a regular gamepad. Actions such as grabbing important objects feel way more difficult than they should be.

The awful physics and collision system is what truly mangles the title, though. I guess Prometheus has zero grip strength, because items can be dislodged from his hand with zero force. Bump into a chair? Item dropped. Stepped on a cable? Item dropped? And good luck trying to quickly pick up some of these items, as occasionally they'll bounce all around like they were made of rubber. Even when you do hold on to an item, placing it is also a major hassle. Whether it's dropping clothes in a bin or depositing alien organs in a cooler, these mere acts require a Herculean amount of effort. This would be bad enough on its own, but the title also loves to punish you for any tiny screw-up that happens.

Breaking the titular Protocol is something that you will often do, and it's something the developers want you to do. A running list of every unique way you found to do so is found in the main menu. I don't think this is the worst idea and it could have led to some funny moments. The problem is that every time you do die, it typically takes too long to get back to where you were. Sometimes it will just be due to an extended gameplay segment, other times it will involve a lengthy, un-skippable cutscene. A quick restart would have done wonders here. Of course, most of this is moot as the title shunts this gimmick to the background for the latter chapters of the story. Just another example of the unfocused nature of the game. 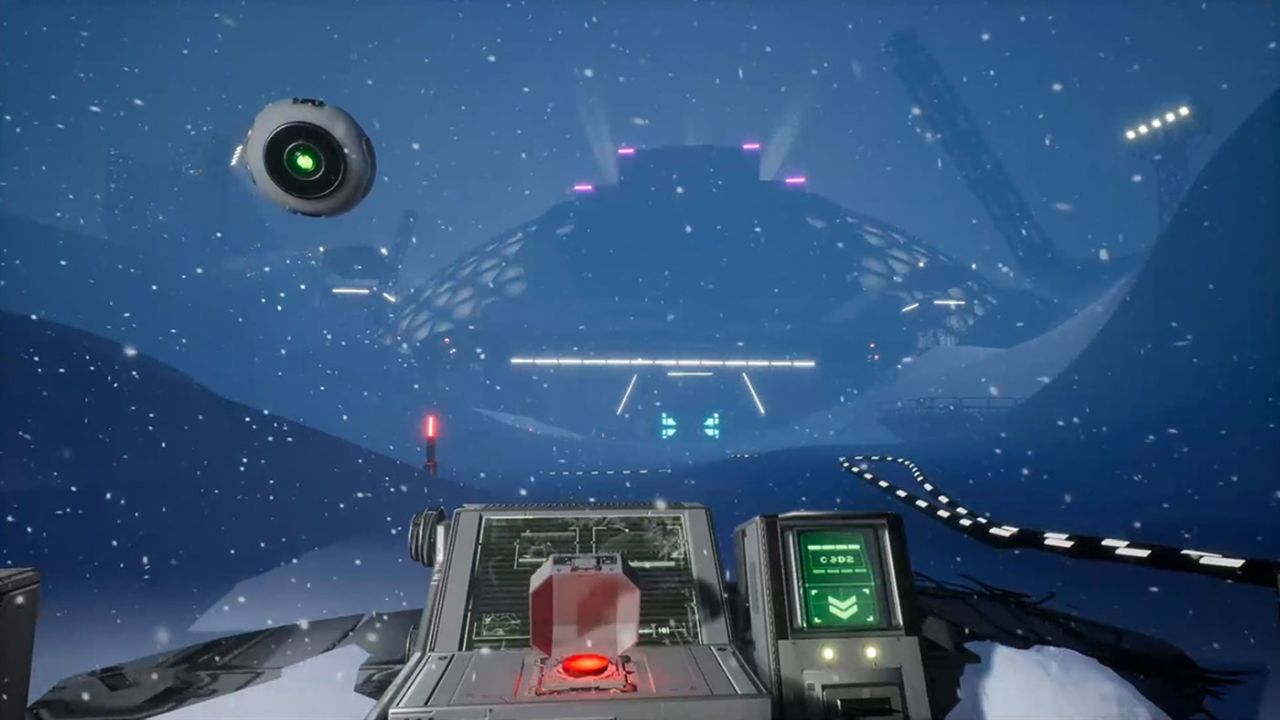 Of the major components of Protocol, the shooting portions are perhaps the most competently crafted. The alien weapon you wield has unlimited ammo but can't be abused or it will overheat. There's also a shield that can be deployed. The gunplay is perfectly functional, but never rises above that middling bar of quality. The bigger issue you'll need to worry about during these moments are the numerous enemies the title throws at you. Rather than design a smart enemy for you to face, the game is content with just overwhelming you with them. Some of them can even kill you with a single shot, so that is fun to deal with. With everything else designed as poorly as is, though, these more tolerable segments offer a nice reprieve.

After experimenting with some alien tech, Prometheus is thrown into what can be described as an homage to the original DOOM. It lacks the refined mechanics of that seminal classic, but it's still a solid little romp. The title offers up some other homages as well, but these are all hampered by annoying control issues. Why, for instance, for their spin on Breakout do I control the paddle with on-screen arrows? And not just my analog stick? I'm sure this was just a casualty of the move from VR to non-VR, but good grief.

Considering Protocol is launching at the tail end of a console generation, you would think it would look decent enough. But, no, it looks pretty awful. Some of this could be due to how overwhelmingly dark everything is. Light can be a scarce resource at times. However, I think it would still look rough even if things were brighter. The facility you spend most of your time in is bland and filled with poorly textured items. The character models are equally rough, with the model of Prometheus' ex-wife being in particularly rough shape. It's not all awful, as I do think some of the alien designs are neat. The weapon you utilize is unique, and the ghost-like creatures you encounter are at least kind of scary. The title has the look of something that may have fit in at the beginning of the console generation, but certainly not in 2021. 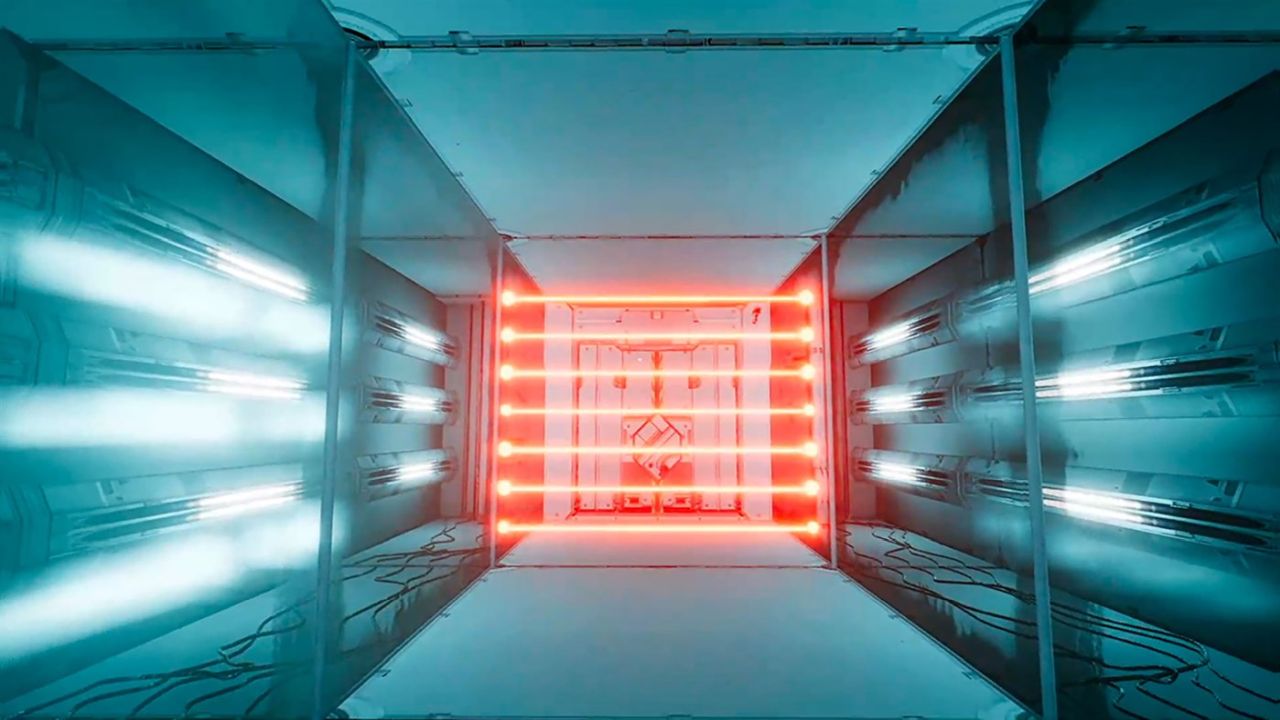 If you don't count the off-kilter physics, then I surprisingly didn't run into too many bugs in Protocol. However, the few I did run into were egregious. Early in the game, I accidentally dropped an item, which then completely disappeared. This was an important item that I would have needed to complete the section, but thankfully I had already finished the necessary task. The other major bug was that during a cutscene around mid-game, a handful of enemies spawned mid cutscene. Said enemies then proceeded to kill me during the cutscene, since I couldn't defend myself. The only way to avoid this bug was to completely reload the section of the chapter it occurred in. Suffice to say, I was not pleased to have to do that again.

Protocol is a game that tries to be creative and funny, but instead comes off as tedious and annoying. The plot is a paper-thin sci-fi tale engulfed in some of the worst dialogue in recent memory. The title tries to mix things up gameplay-wise but struggles to be competent in any one area. It would have been better served sticking to one thing and making sure it was enjoyable to play. Normally I try to find some positive to a title, but I'm struggling to think of a game I enjoyed less in 2021 than this one.

Our ratings for Protocol on Xbox One out of 100 (Ratings FAQ)
Presentation
34
Muddy, dark graphics make for a bland world to explore. The poorly rendered character models are equally unappealing. Some of the alien art is satisfyingly unique, but there's not enough of it.
Gameplay
30
When the best aspect of the myriad of gameplay styles can be classified as competent, you know things aren't going well. The shooting segments are fine enough, but everything else is a chore to deal with.
Single Player
24
Protocol sports one of the worst scripts I can remember. The writing is childish, and the jokes provided are the dirt worst. The weak sci-fi story is only further drowned out by how unappealing everyone and everything is.
Multiplayer
NR
None
Performance
30
There may not be a ton of bugs in Protocol, but the bugs found are bad. The kind of bugs that prevent you from completing the game without having to reload a previous save.
Overall
28
Protocol is a tortuous experience that combines clumsy, awful gameplay with an abysmal script. I would much rather fail the protocol, and be nuked, then have to play through this again. 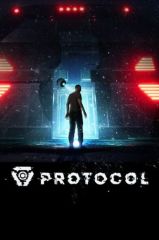