An expedition worth the extended wait

Like many gamers in their 30's, I was addicted to Pokémon when it first crashed onto our shores. I couldn't get enough of the franchise. From the classic original entry in the series, to the collectible card game, I was hooked. One of the first big spin-offs of the series, and therefore, another title I invested many hours into, was Pokémon Snap. The N64 release opened up the world of the series in a brand-new way by letting you take photos of wild Pokémon in a variety of settings. Despite the title's popularity, though, a direct follow-up surprisingly never arrived. That is until now, with New Pokémon Snap. 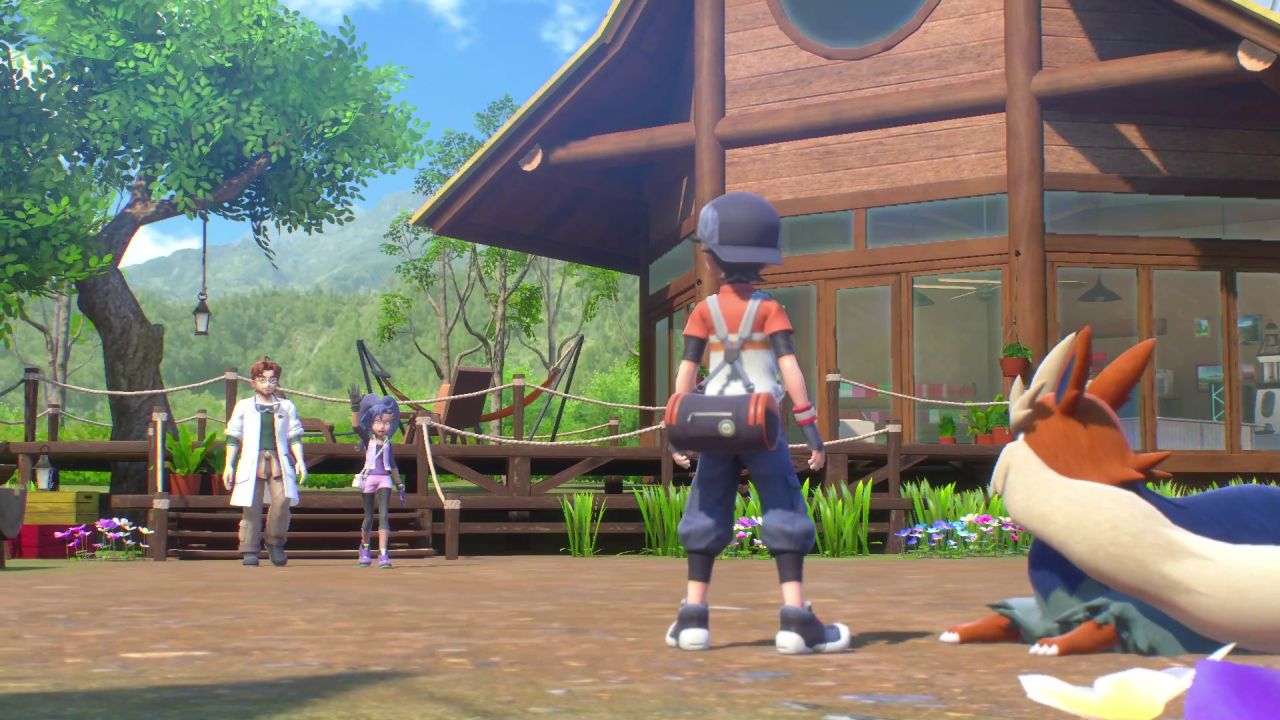 Like its predecessor, there's a reason as to why you have been summoned to take pictures. Instead of Professor Oak, you will now be assisting Professor Mirror with his research in the Lental region. As a newcomer to the Laboratory of Ecological and Natural Sciences (L.E.N.S.), it will be up to you to ride out on the fancy new NEO-ONE vehicle in search of the perfect picture. While Professor Mirror wants you to fill out the Photodex with all the creatures in the region, he is really interested in the phenomenon known as Illumina. This is a special kind of reaction between Pokémon and plant that produces a beautiful glow. As you gain more experience, the team at L.E.N.S. will uncover more and more about this phenomenon.

The Pokémon series has never really been known for strong plotting, and this one is no different. The mystery of Illumina is not an engaging one. It's something that is just there to drive the game forward and give you a reason to move to new locations. The team you work with at L.E.N.S. does a little to salvage things, at least. Professor Mirror is an affable fellow, and Rita, his main assistant, has a fun personality. It was nice to see Todd return from the original Snap as well, even if the apprentice he brings along, Phil, is a real annoying sort. Regardless, I didn't get much out of the plot here, but again, it serves its purpose of giving you forward direction.

Even considering this is a 22 years later sequel, New Pokémon Snap is not much of a deviation from its predecessor. As a budding photographer, you travel across the Lental region in search of prime photo opportunities. Instead of letting you walk freely around, though, you are confined to the NEO-ONE. An on-rails hovercraft, the NEO-ONE is durable enough to travel from searing hot deserts to deep into the sea. You may be lacking in freedom to explore, but having automatic transportation at least lets you focus on taking pictures. You'll need that concentration as well, as there are hundreds of Pokémon in need of fresh portraits. 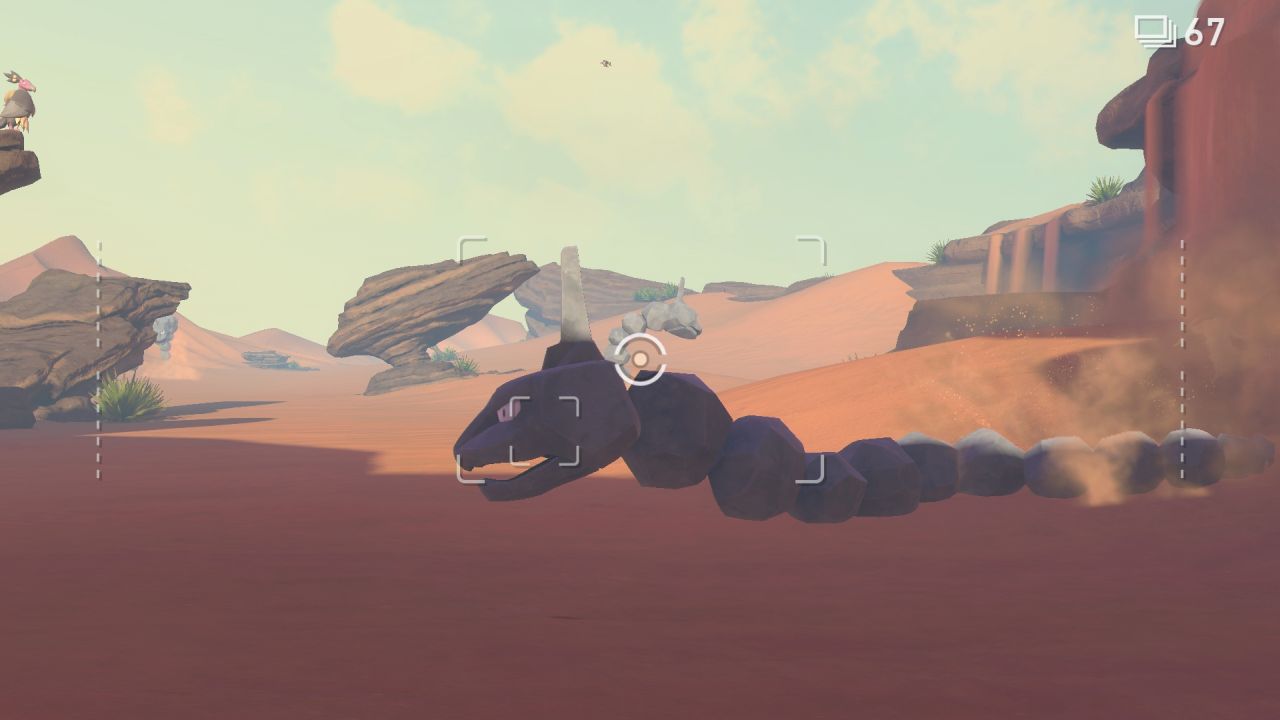 Your first ride out on the NEO-ONE is a simple one. It's designed for you to get acquainted with the camera, as well as the speed of the vehicle itself. It's a bit of a leisurely ride, and one that is perfect for snapping pics. After you finish your maiden voyage, you'll then be introduced to the scoring rubric used for your pics. Each picture you take is initially placed on a scale of one to four stars. This is not a critique of the photo itself, but rather what the Pokémon is doing in the shot. A shot of a Qwilfish puffed up in defense will carry a different star rating than one of it just minding its own business.

Once the picture has been sorted into its respective star class, it will then be fully graded by Professor Mirror. There are five categories on which they are rated: Pose, Size, Direction, Placement and Other Pokémon. All of these are self-explanatory, so you should have a good idea of what constitutes a good shot when you take it. If you get a shot of a Torchic facing towards the camera, and centered, that will be graded higher than one of its behind as it runs away from you. The points you score from each photo take also plays an important role in advancing your skill level. At the end of each run, all new points scored add to the research level of the area you were in. The higher the research level, the more comfortable the Pokémon in that region will feel around you. This will open up better photo opportunities.

There are other ways of coaxing better behavior out of your subjects, though. As you assist Professor Mirror with his research, you'll gradually unlock new tools for getting stronger shots. You can throw a Fluffruit in the direction of a Pokémon to get a pic of them snacking. Or you can just beam them in the head with it. A Melody Player can be used to get a monster to dance or wake them up from a nap. And since it plays an important role in the plot, Illumina Orbs can also be unlocked over time. These balls can be thrown at Crystabloom flowers to trigger a unique reaction. If timed correctly, you could have the opportunity to get a four-star shot. 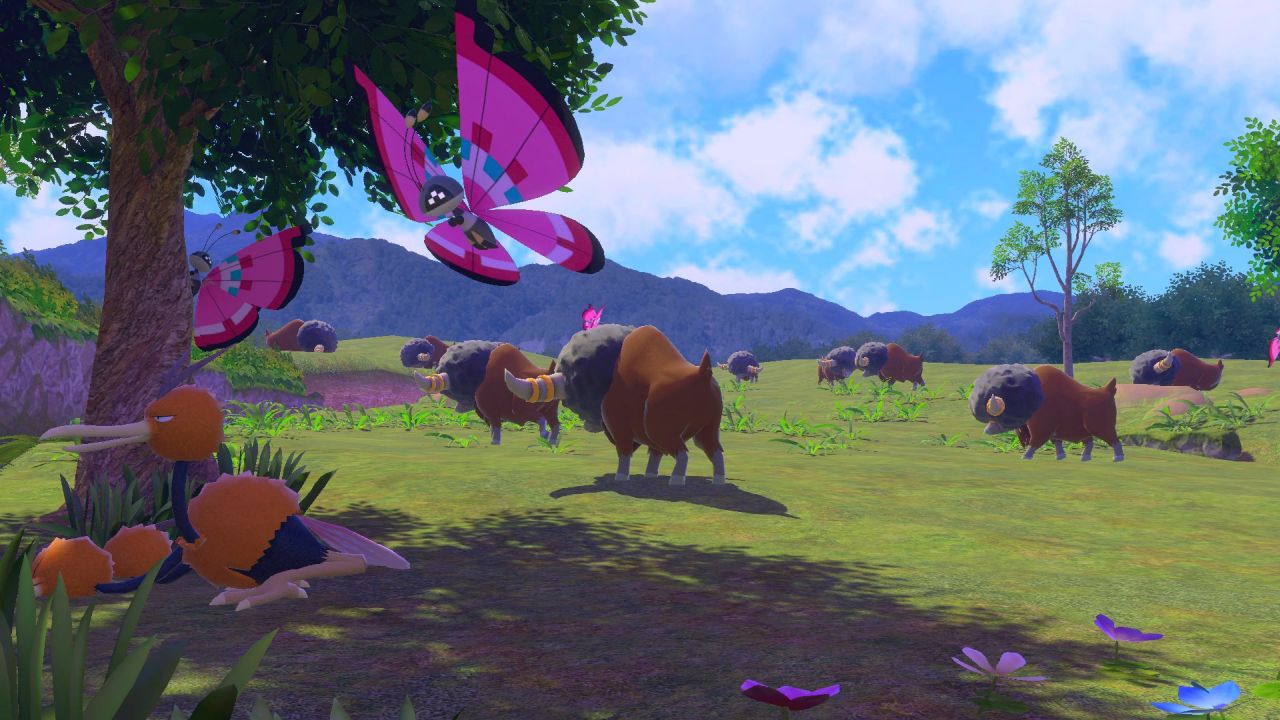 From a mechanics standpoint, there's not a whole lot of depth to New Pokémon Snap. Since you rarely need to focus on steering the NEO-ONE, the gameplay boils down to pointing and shooting. It's like a light-gun arcade shooter, except instead of killing people, you're taking pictures. With that said, I'm not sure what Bandai Namco Studios could have done to give it more depth, while also not ruining the experience. I feel that the title is as enjoyable as it is due to how little is in your control. The point of the title is to take pictures, not explore an open-world region. By letting you focus on that specific task, the game spotlights its strongest qualities.

At its best, the title comes off as a rather unique puzzler. Once you have full access to all your tools, you'll need to figure out the best ones to use for each Pokémon. Experimentation is key. You most often will not get great pics on your first run through a level. It's only on subsequent runs where you'll begin to piece together how to take the perfect shot. This, of course, leads to a good amount of grinding and repetition. Not only for just filling out the Photodex, but also for unlocking new regions. The work needs to be put in, and if that's not something that will appeal to you, you may be turned off by the languid pace of the title.

As someone who has nostalgia for the original release, I do think New Pokemon Snap justifies its price tag. Gamers with similar history to mine, as well as fanatics of the franchise, would likely share that opinion. There's no denying that this is a niche product at the end of the day. If you are a casual fan of the series, or someone just looking for something to keep you busy on the Switch, I'm not sure it will hold the same appeal. It does what it sets out to do rather well, but that type of gameplay is not for everyone. 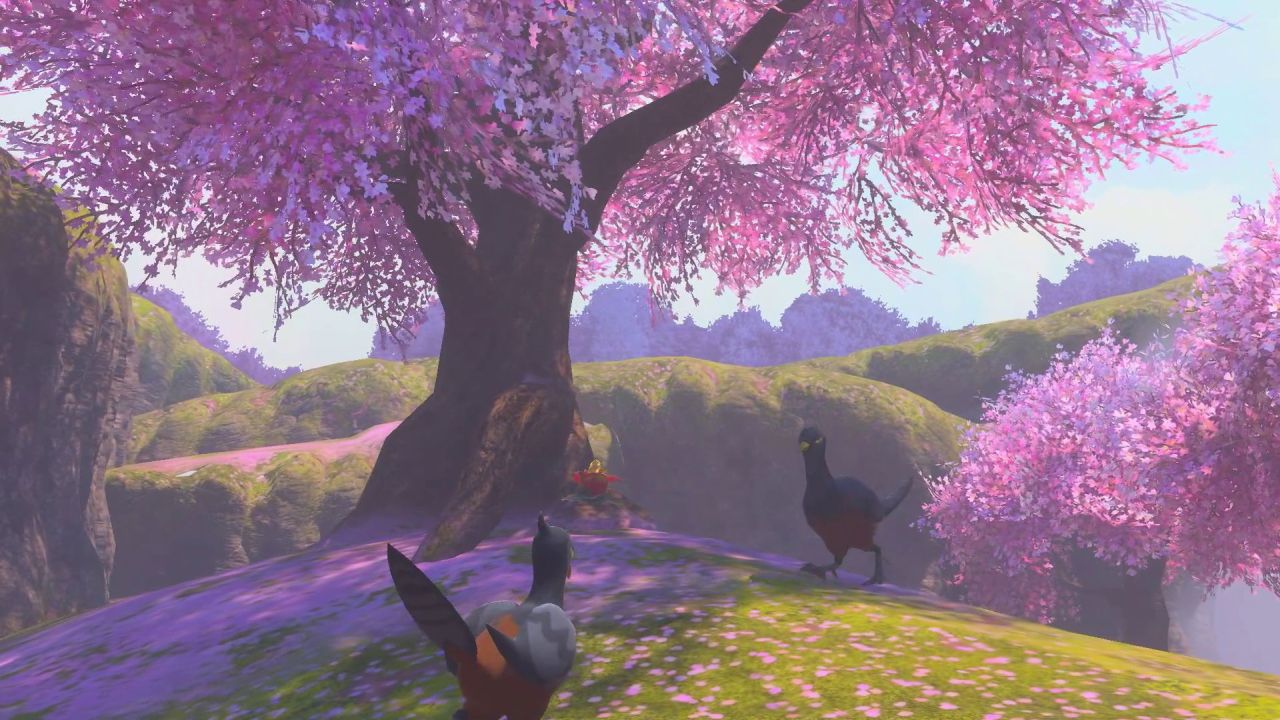 With plenty of beautiful locations to travel through, New Pokémon Snap is splendid to look at. Each of the many Pokémon found on the expedition is animated wonderfully and have plenty of personality in their movements. Maybe it's because I have been stuck inside for the last year, but the beaches and oceans of Lental have never looked more appealing. It has to be said, though, that the on-rails gameplay does help obscure the lack of detail in the levels. Perhaps most importantly, the graphics don't hamper the performance of the title in any significant way. There's some minor lag when a Pokémon gets right in your face, but nothing that will prevent you from taking a shot if need be.

It may have taken 22 years, but New Pokémon Snap is a worthy follow-up the iconic original. The sequel holds onto the simplistic, but enjoyable gameplay that delighted fans, but adds just enough to keep it from feeling dated. The assortment of tools available for you to use let you experiment with what will generate the best photo opportunity. The fact that you must do a fair amount of grinding to make progress around the Lental region can be frustrating. Having to run through the same area a few times in a row can certainly be a drag. However, if you are a big enough fan of the franchise, you probably wouldn't mind this anyway. This spin-off may not be enough to get this lapsed fan fully back into the Pokémon fold, but it was certainly a nice trip down memory lane.

Our ratings for New Pokemon Snap on Switch out of 100 (Ratings FAQ)
Presentation
74
The titular creatures of New Pokémon Snap all animate quite well. It's a treat to see them running around, and interacting with each other. Although the levels may be bright and colorful, there is a lack of detail to them. Chalk it up to the on-rails gameplay that allows for a lack of detail.
Gameplay
70
Although lacking in depth, the shutterbug gameplay remains as enjoyable now as it did in 1999. The various tools at your disposal help alleviate some of the stagnation that arises over time.
Single Player
60
The mystery concerning the Illumina phenomenon is a bit of a non-factor, but the plot does a well enough job of moving your research expedition forward. While the trek though the Lental region will take around 10 hours to complete, countless hours can be wrung out of running through the stages in search of the perfect shot.
Multiplayer
NR
None
Performance
67
There's some slowdown here and there, but New Pokémon Snap holds up well both docked and un-docked.
Overall
70
New Pokémon Snap may not reinvent the wheel, but it's just as charming as its predecessor was. It's a calming, lovingly crafted spin-off that will challenge your photography skills.