It's rare to play a game purely about a non-life-threatening human experience. There's always an end of the world threat, loss of a loved one or some kind of war or catastrophic event to set the game in motion. Forgotten Fields is one of those rare games with no lives are at stake, no world ending event or any sort of quest spurred on by personal tragedy. Instead, Forgotten Fields is a simple tale about writer's block, growing up and moving on. 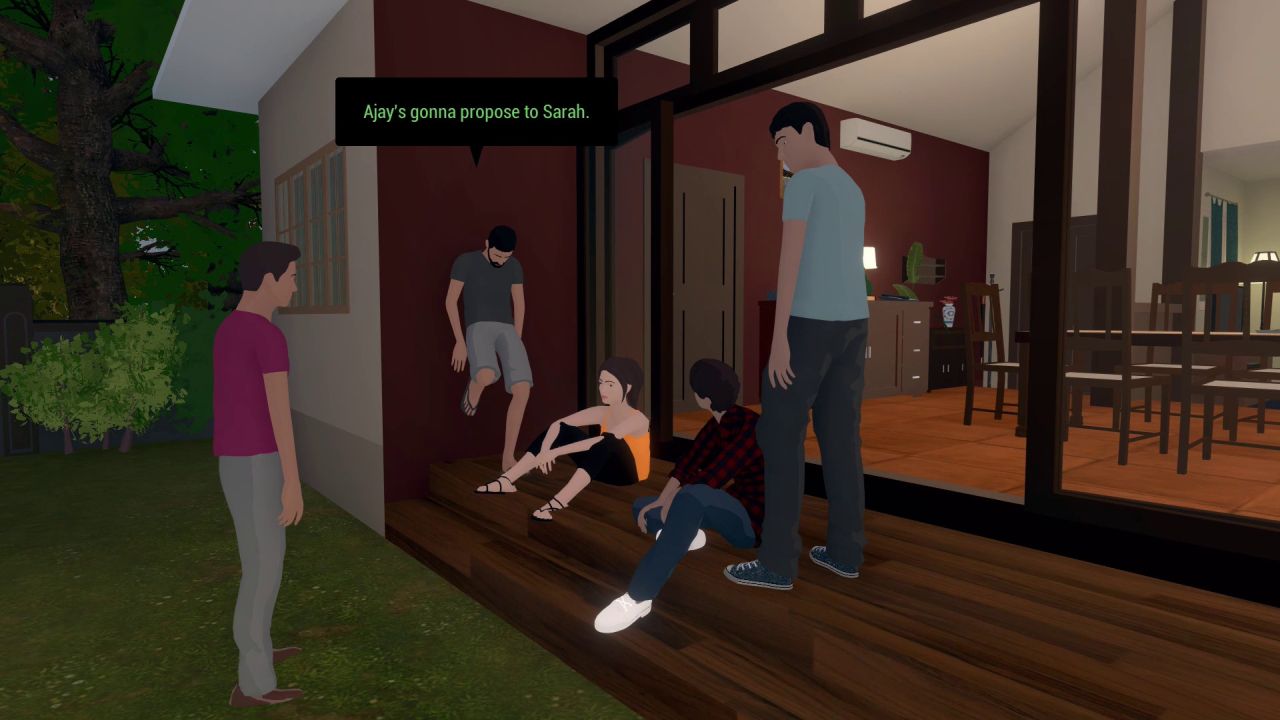 The story revolves around Sid, a writer who is struggling to write a treatment for a novel to send to a publisher in order to get paid. Prior to the game, Sid had locked themselves away in their apartment to try and work through the creative blockage to no avail. On the day of the publisher's deadline, Sid is forced to spend time with their friends and travel to their childhood home as it is being sold by their Mum. As a celebration, she invited all of Sid's friend's round for a farewell dinner. Along the way, you'll meet those friends and some extended family and learn more about Sid and where everyone is at in their personal lives. It's a story about Sid and his friends becoming adults. They're getting married, choosing careers and places to live which are far away from home. It's a premise which hits close to home if you've been through that change and crossed the threshold into adulthood, or if you're at that moment right now.

The story is the star of this show. Despite only being 3 hours long, Forgotten Fields tells a second narrative in tandem with Sid's, which is the actual fantasy story Sid is trying to write. Each chapter ends with a rush of inspiration in which you play through the narrative as it is being written. It soon becomes clear that the changing world around Sid is informing their writing, with Sid's main character being a surrogate of Sid. I won't say any more to avoid spoilers, but suffice to say that the process of Sid writing and growing up are inextricably entwined.

In terms of gameplay, it is basic. It functions like a point and click adventure with you moving around a small, enclosed areas and talking to people and picking stuff up. It also comes with an occasional puzzle and some QTEs, which can come out of nowhere. The puzzles are not mentally taxing and act as short diversions rather than the meat of the game. There is an element of choice present in Forgotten Fields, with some dialogue options and more meaningful narrative choices (but the biggest choices are in the final 5 minutes). It does mean Sid gets to be your canvas as much as Sid's character gets to be theirs. Having these choices also adds to the replayability of this game, and more than justifies its meagre US $12.99 / £10 price. 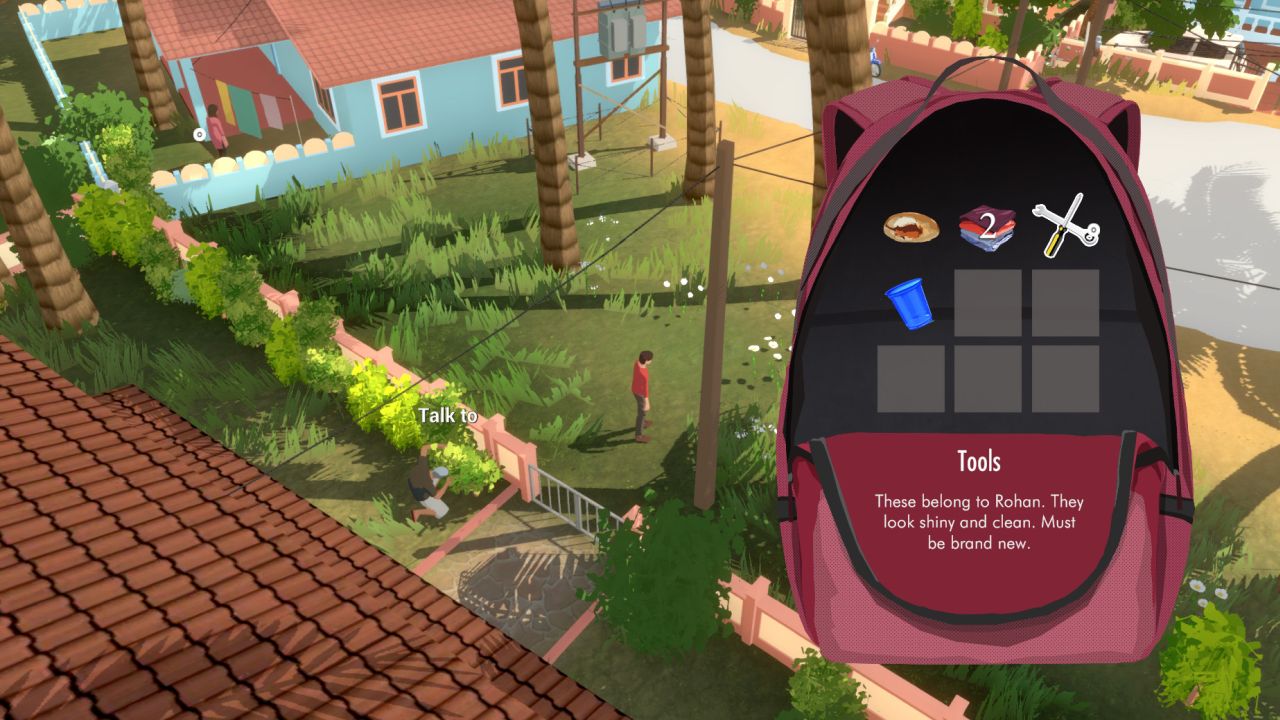 Forgotten Fields does have some gameplay variety as well. The fantasy sections are mostly just point and click, but occasionally, the game changes it up. There is a stealth section in Sid's story which is brief. There is also a first-person swimming section which I was not expecting, but this is by no means a bad thing.

However, the gameplay does some drawbacks. One of the biggest issues I came across was the controls. Admittedly, there isn't much in the way of controls, but using a keyboard to manoeuvre around objects can become tedious when you're constantly bumping into things like a Roomba. There is an option to play with a controller which does add fine motor controls. I also found an issue with the camera in certain situations. These issues presented themselves in outdoor areas when you can move it around. It does become difficult to see where you need to be going and this is frustrating.

The graphics of Forgotten Fields are a little hit and miss. It is an indie game so you don't expect incredible detail or visuals to blow your mind. The characters are simplistic in their designs and they don't hold up when you get a closer look. Despite this, I do have to single out praise for how good the water looks. In short, it is stunning. I could've spent hours at the beach section just looking at the water and waves rolling off the rocks. In fact, for a second, I could practically smell that sea air. The graphical design is also top notch. The colour palettes and the design from the houses to the outdoor areas just ooze comfort, warmth and nostalgia. The game may not blow you away with graphical fidelity but it is somewhere where you want to spend some careless summer nights, which is the exact vibe it goes for. 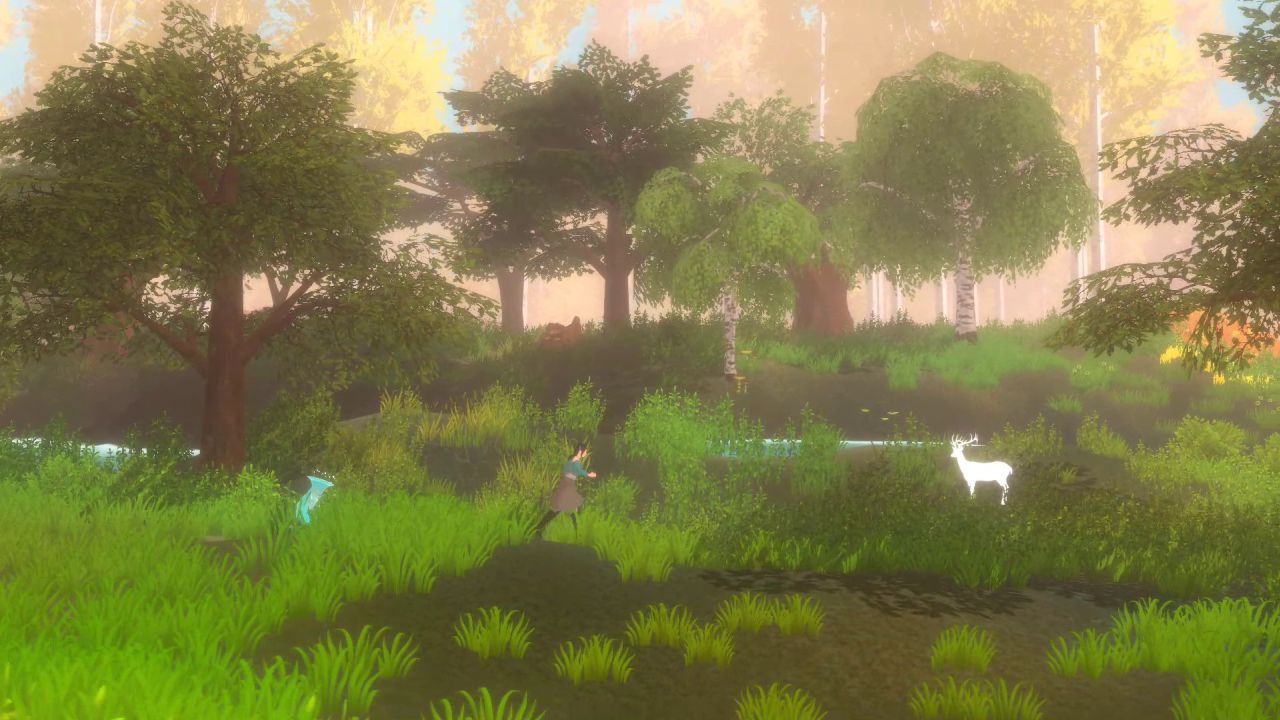 In fact, Forgotten Fields nails the presentation sonically as well. The ambient soundtrack is beautiful and it is married alongside some licensed indie tracks which help set the melancholic mood. Every moment with this game envelopes you with a sense of space and time and it is an essential part of the experience. I'm not sure the story would be so impactful without the game's visual and sound design beckoning you into its world.

In my time with Forgotten Fields, I did notice some occasional bugs. The most egregious was when I talked to a side character to help me find some lost laundry to advance the story. The character then decided to run to the spot we had to go to, but their pathfinding is lacking. Long story short, they got stuck on a tree. In my attempts to free them from their wooded prison, I actually caused them to teleport to the location they were running to, which was useless to me, as I had no idea where it was. Cue me reloading a save to try again. I also noticed some frame rate dips in the larger areas but nothing that hindered my time playing the game.

Forgotten Fields is a short 3-hour story, but it is impactful. From the writing to the presentation, it feels like a world you know from your youth; full of fun, adventures, friends, memories and an innocence only present in those carefree days. Forgotten Fields is a story all of us have/will experience at some point in our lives. The final shedding of our childhood to grow up and become an adult. It is a beautiful story told with warmth and I enjoyed my short time with it. And, who knows, I might revisit it like a fond childhood memory.

Our ratings for Forgotten Fields on PC out of 100 (Ratings FAQ)
Presentation
75
Visually and sonically exudes warmth, nostalgia and expertly sets tone and mood. Despite some strong visual elements, aspects like character designs are basic.
Gameplay
52
Follows a point and click puzzle adventure format with parts of the game changing genre. Controls can be cumbersome on the keyboard.
Single Player
78
A beautifully crafted and poignant story about writers block and becoming an adult. It is a story everyone can relate to and is well worth the short time it takes to play.
Multiplayer
NR
None
Performance
(Show PC Specs)
CPU: Intel Core i7 11700k
GPU: GeForce RTX 3070
RAM: 32GB DDR4
OS: Windows 10 Home

68
There are occasional frame rate dips in larger areas with some bugs being an annoyance but those issues do not persist for long.
Overall
68
An experience which exudes humanity and warmth, from the writing to the visual style and music. A short game with some issues, but it packs a true emotional weight. 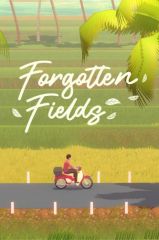