THE LIFE AND SUFFERING OF SIR BRANTE
Platform: PC
82
SummaryNewsArticlesVideoScreens

The Life and Suffering of Sir Brante Review

Always look on the bright side of life

I am just going to come out and say it, The Life and Suffering of Sir Brante is one of the surprise games of the year. I know it’s still early in 2021, but it has been a while since I have become so engrossed in a game and its world. Having an engaging narrative and setting is especially important for Sir Brante as it is an interactive book. The characters, world and story are all the game has to entice you, and it certainly won me over. 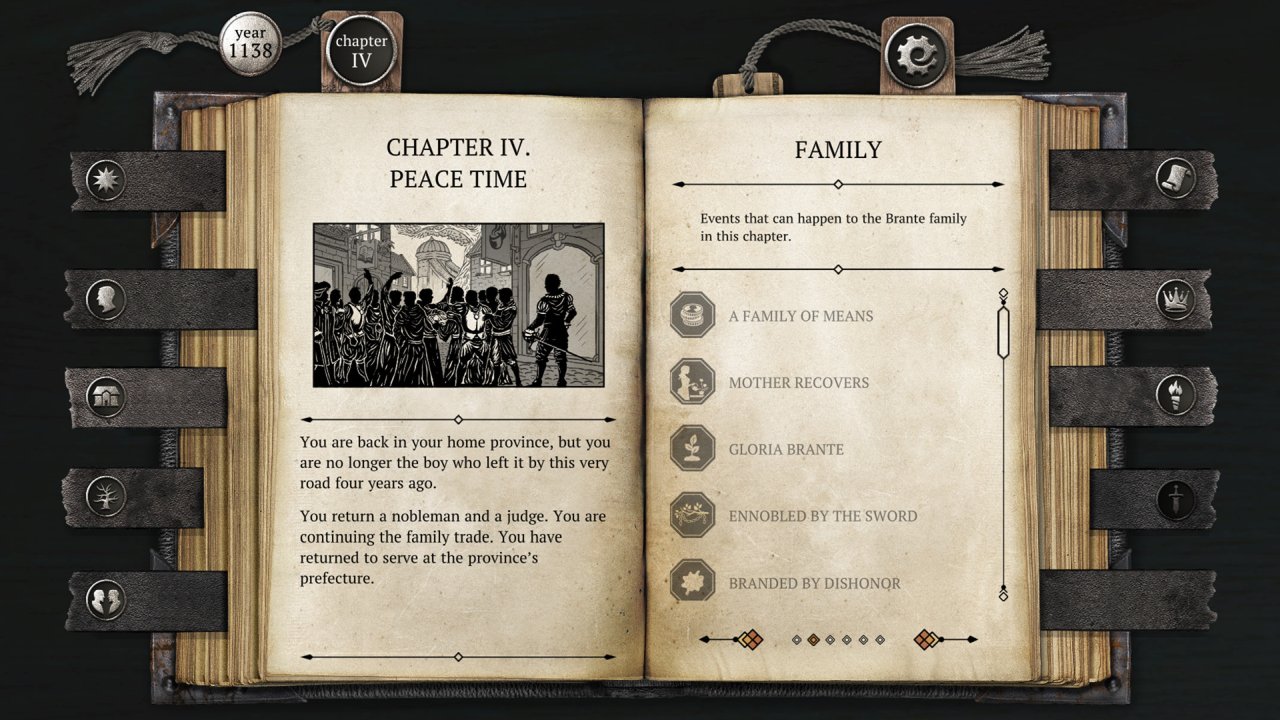 In essence, the game is told through an autobiographical book of your character. You make choices while recounting the events of Sir Brante’s life from birth to death. You cover every major life event with 5 chapters to read through starting with childhood, adolescence, youth, peace time and culminating in revolt. Mixed in with this are some RPG elements, such as character stats which can improve or decline based on your choices. Each chapter also adds new elements to think about. Childhood and adolescence have 2 different character stats to work on which includes a Perception and Determination stat. Adolescence includes Nobility, Ingenuity and Spirituality. Those stats then combine in youth for the remainder of the game. On top of personal stats, you have to manage your relationships, the family reputation and stats specific to one of the three careers you can choose. It’s hard to talk about everything the game offers without getting into spoiler territory and it is really worth experiencing the story with fresh eyes.

You can give your character a first name but they are born into the Brante family, a lowly noble house in the Arknian Empire. You are the middle child of the family and not in line to inherit anything. This world is marred by religious and social unrest, with particular issue levelled at the ideology of the Lots. The Lots work like a sorting hat with every person given a lot in life. Commoners have to toil, suffer and work under servitude, the noble lot is to rule over everyone else and the priests lot is to preach the will of the Twins, the deities in the Arknian Empire. Humans are not the only race, and are ruled over by Arknians, who are blue-skinned conquerors and have a divine right to rule.

This short synopsis barely scratches the surface of the world Sir Brante inhabits, but it is not daunting to learn. Having you grow with a character from birth to adulthood allows the worldbuilding to be conveyed very naturally. You learn about the Empire and the religion of the Twins as you get educated and grow up. Thereby, it allows you to settle into this fictional setting rather than being bombarded by information from the start. 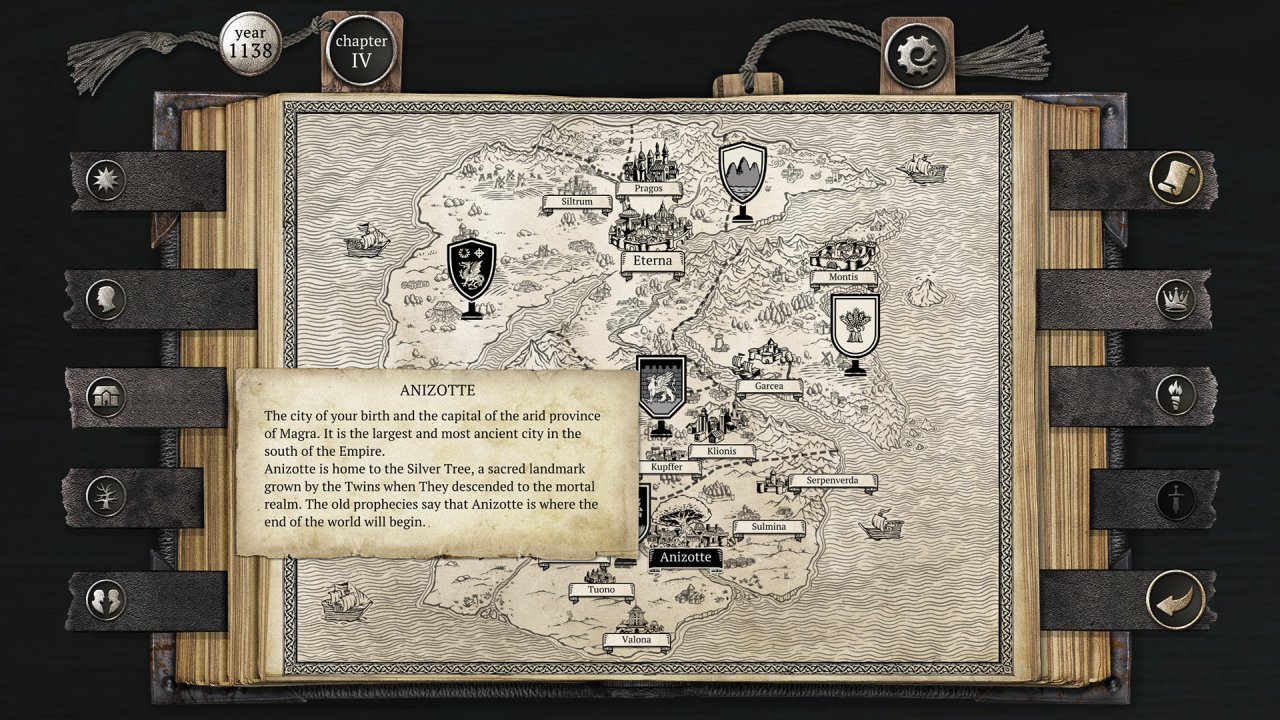 The setting itself is incredible, offering political intrigue, social upheaval and changes in religious dogma. Clearly, some of the inspirations for this world come from Game of Thrones. The game capitalises on this dynamic world by giving you options to influence how it changes. Each action has a reaction and the world is moulded by your presence at the end, for better or worse. One curious aspect of the game world is that you have 4 lives. The Twins are gods whom you can meet several times and they have gifted everyone the ability to be resurrected 3 times. Each of these deaths are known as a lesser death, with the fourth and final being your true death. This offers some interesting gameplay options as you can tactically die for a reward of stat increases, boost relationships and the like. It is also possible for you to suffer your true death before you’ve reached the end of the story, so pick your deaths carefully.

When I said Sir Brante is an interactive book, it is literally a book with choices. The best way to describe the game would be like Goosebumps if it had RPG stat mechanics. With every event, you are given a choice as to how you will react. Some of these options will increase certain stats, affect relationships or increase your willpower. Willpower is necessary to open up several options throughout the course of your playthrough. This adds a risk/reward element to every choice you make. It is a captivating way to make your options meaningful as you always sacrifice something in order to gain somewhere else. It also means you can’t pick the option you would like to in every situation, forcing you into some uncomfortable situations. This is a game where you have to live with the consequences and Sir Brante does not shy away from making you feel the weight of every decision, big or small. It also benefits from a moral ambiguity. Some choices have positive and negative consequences, with very few choices clearly being good vs bad. This means you cannot act as a saint throughout the entirety of the game.

This focus on decisions adds a lot of replayability to Sir Brante as well. I’ve already played through the game multiple times and I still haven’t seen all it offers. However, the expansive nature of the game also means that to get a decent ending, you have to extensively plan out your choices. The best endings are the most difficult to meet the requirements for and so you need a plan from the beginning. It was only on my third playthrough where I got an ending I was truly happy with. I would also recommend playing the game with the consequences of each action being shown. This allows you to evaluate each option and adds a tactical element to the choices. 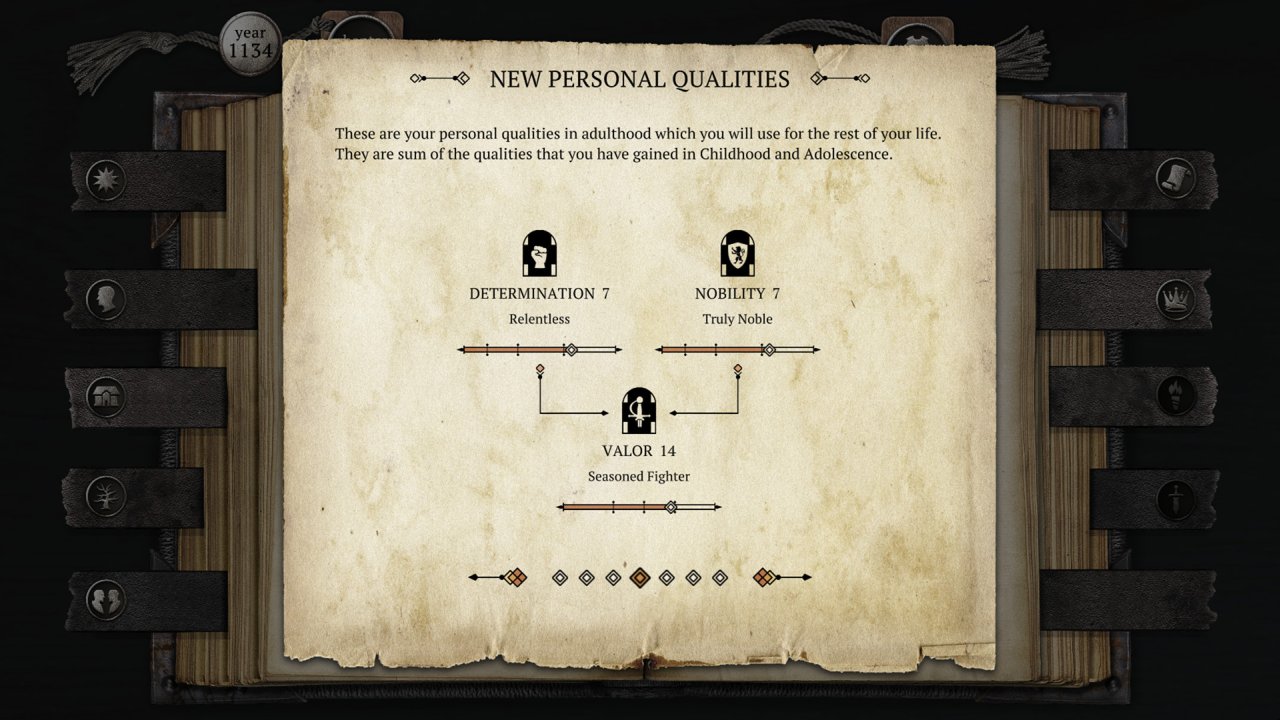 The interface has you spend all of your time looking at a book and reading. The book itself is nicely detailed with each page looking heavy and worn. In fact, it looks like a book where you would enjoy just flicking through every page. These pages also come with illustrations which depict characters and locations, helping you put faces to names and giving you a sense of place. These illustrations can be animated but that only amounts to the image slowly moving side to side. It does feel like a wasted opportunity to have fully animated illustrations to add to the immersion, but it doesn’t harm the game. Some visual variety would have improved the experience. There is the occasional spelling error, but these are few and far between. Sir Brante does have voice acted cutscenes which introduce each chapter. Again, the animation in them is minimal and they would have benefitted from being more complex. These scenes do a good job of setting up the story of each chapter but that is all they’re for and the scenes themselves are only 30 seconds long.

The book UI also comes with tabs you can use to track your playthough. One tab allows you to see the family tree and your relationships with them, another to track relationships with friends and the most important tab is the one which shows you all possible events and outcomes of each chapter. These tabs are unlikely to be used unless you play without consequences being shown, as the game lets you know what your stats are and relationships with the related people with every choice. The tab that shows you the outcome of each chapter will be used the most as it allows you to plan out your strategy and it is essential to earn a good ending.

I do have to praise the music in Sir Brante. After 60 plus hours in the game (with a single playthrough taking around 10 hours), you would expect the music to become boring and irritating, but it never did. In truth, I still feel a little joy when I hear the music and it helps me settle into the world. The music can be suitably tense during highly dramatic moments, melancholic when the situation is a sad one or even calming when your character can relax. 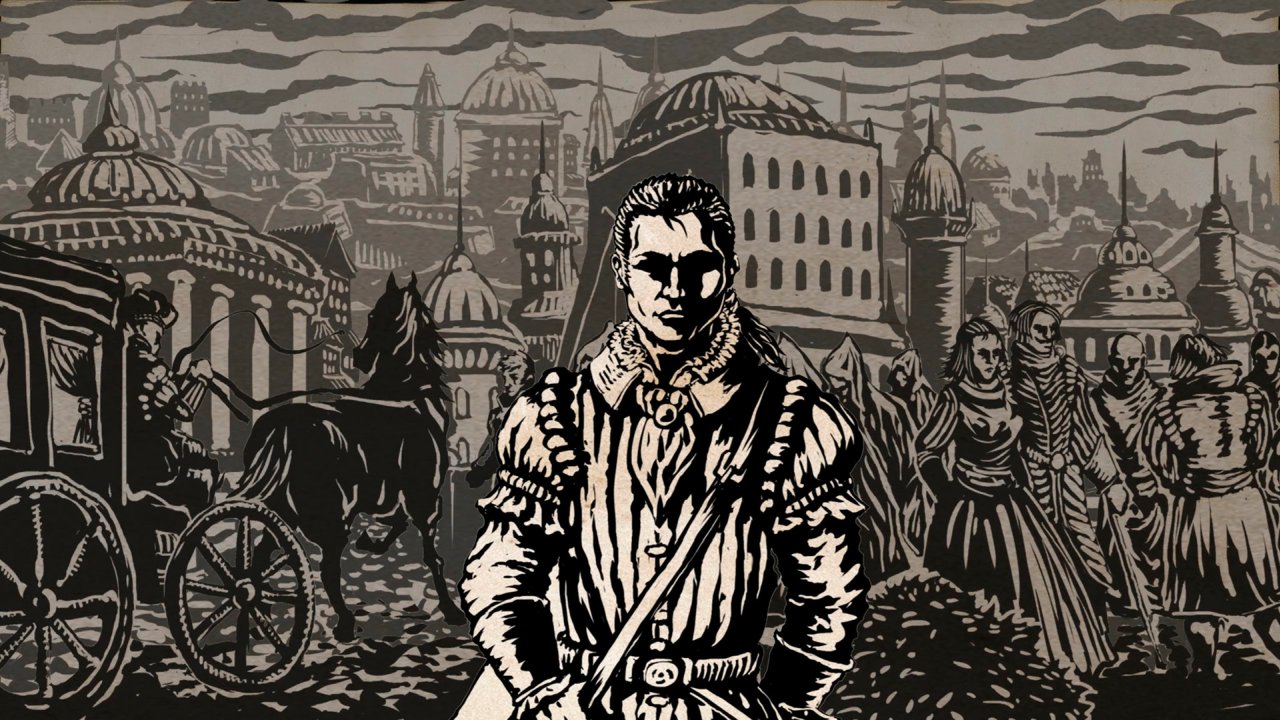 With the game being presented entirely in book form, it stands to reason that there are little to no performance issues. During my time with Sir Brante, I hardly had any performance issues to speak of. I did notice some frame rate stutters when I was rushing through the pages on a later playthrough, but that is the only issue I had. This game is playable for anyone and it is not hardware intensive.

The Life and Suffering of Sir Brante is a game that is well worth experiencing if you like a strong narrative and a fantastical, pseudo-medieval setting. The RPG mechanics forces you in to making difficult choices, making it impossible to be a friend to every person and to stay on the fence in each conflict. This is a game that pulls you in and makes you want to play through over and over again just to see everything it offers.

Our ratings for The Life and Suffering of Sir Brante on PC out of 100 (Ratings FAQ)
Presentation
60
Sir Brante is visually lifeless and the animated illustrations are disappointing. The music is excellent and sets the tone for each event.
Gameplay
72
Only real gameplay is just choosing an option given at the end of each event. Choices are morally ambiguous and RPG like character stats force you into hard decisions.
Single Player
88
The story is engaging and the setting is a joy to learn about. The choices you make have a major impact on the ending of the game and the number of choices make it replayable.
Multiplayer
NR
None
Performance
(Show PC Specs)
CPU: Intel Core i7 11700k
GPU: GeForce RTX 3070
RAM: 32GB DDR4
OS: Windows 10 Home

80
Runs with no visual or audible issues. The frame rate can suffer if moving through the game too quickly but is not a lingering issue.
Overall
82
An absolute joy from start to finish, The Life and Suffering of Sir Brante puts you in a tumultuous time and gives you a starring role. The story and hard decisions you’re forced into makes this an engaging experience.

The Life and Suffering of Sir Brante 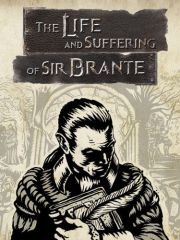