On the Highway to Helheim

Norse mythology appears to be having plenty of time in the spotlight recently. It feels like there has been more games using a Norse setting in the past four years than there had been 20 years prior to that. Games like Hellblade: Senua’s Sacrifice, God of War and Assassin’s Creed Valhalla have put Norse mythology in the gaming zeitgeist. Thankfully, Norse mythology has plenty of stories and characters that are ripe for adaptation and interpretation. 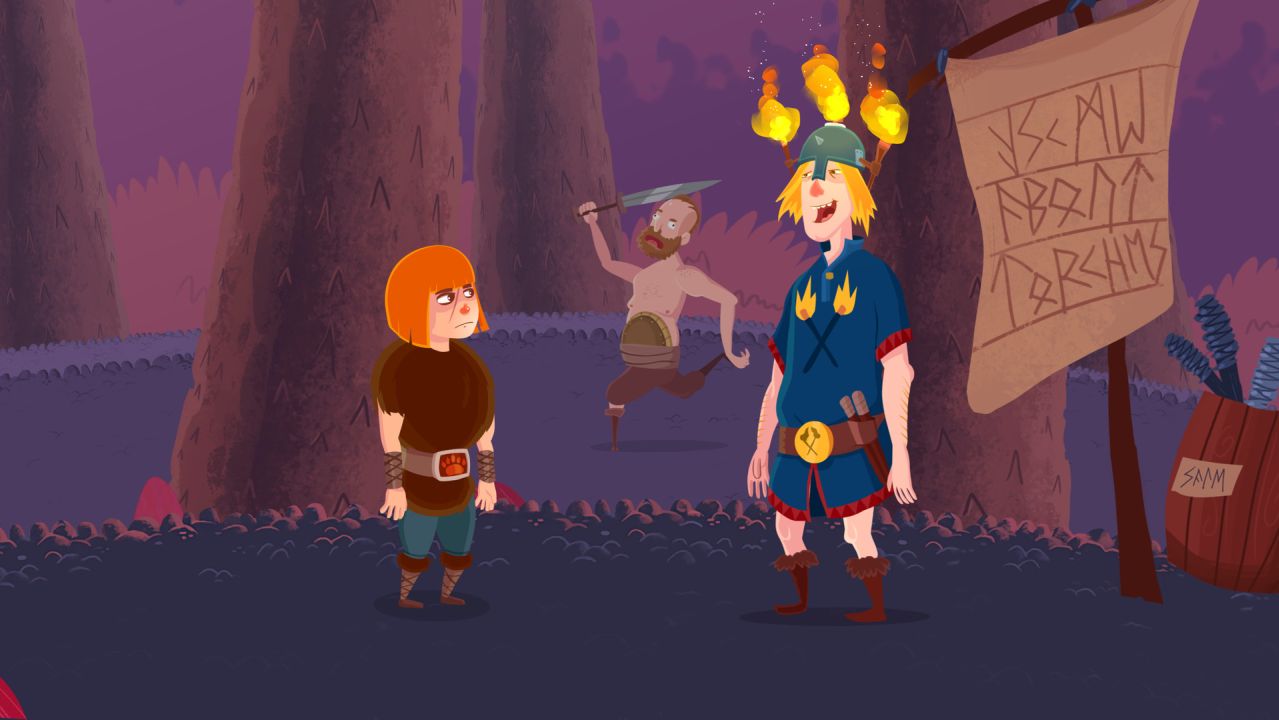 Helheim Hassle is one such game that both adapts and interprets the rich tapestry of Norse gods and beliefs. However, Helheim Hassle takes a more light-hearted and quirky approach. Instead of stories about Ragnarök and Asgard in danger, it is a simple story of Bjorn Hammerparty, a boy who accidentally got sent to Valhalla instead of his desired destination of Helheim due to a technicality. The game is filled with zany characters, plenty of puzzles and enough hijinks to make the 5-6 hours very memorable.

The story itself starts with a Viking village going to battle against giants. Every person is excited to be killed so they can go to Valhalla and battle for an eternity but Bjorn is not like the others. He hates battles and so decides to run away and hide. While escaping, Bjorn falls from a great height and kills a bear and dies himself in the process. While trying to get into Helheim, Bjorn is told that his name isn’t on the list and Odin himself turns up to take him to Valhalla. Turns out killing a bear by accident warrants the chance to battle forever. It is only during the modern day, when a servant of Satan needs to get into Helheim, she resurrects Bjorn to help read Nordic runes and rescuing him from Valhalla. Thus, begins a story of hijinks and puzzles.

The Norse gods are not exempt from a modern redesign. Odin becomes an obsessive streamer and YouTuber playing an FPS called "Duty Storm" which has replaced the usual battles of old. Baldur also turns up and he is a music obsessed singer all about rock and roll. There are also visits from an Egyptian god and 3 horsemen of the apocalypse. Famine and War are present as well as your friend "Pesto", not to be confused with the pasta sauce, and Satan makes an appearance because why not. 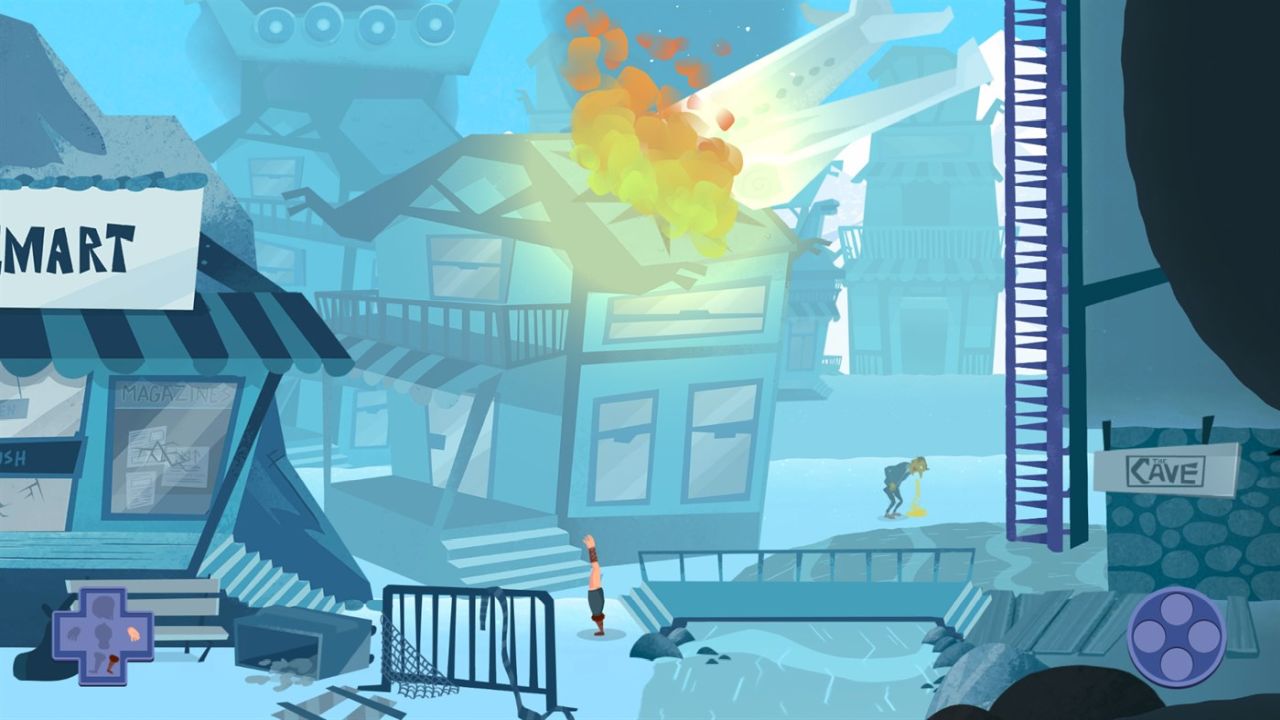 The story is not very long but it is worth experiencing and does not outstay its welcome. While some of the characters are annoying and one-note with grating voice acting, the most egregious characters are not a mainstay. The characters you spend most of the time with are, by and large, fantastic and entertaining. You meet a dragon called Fafnir, and you have to solve puzzles to escape from his stomach by making him throw up. You come across social media obsessed elves, a dwarf named Earl who is Earl of Rumtown and a Goblin CEO stuck in a snow storm after his helicopter pilot leaves him.

Helheim Hassle is a 2D platforming puzzle game. One issue with puzzle games is that there is a very fine line between puzzle difficulty. Most games aim to make their puzzles the right amount of challenging without making them too difficult. Think "classic point and click adventure hard" as a rule of thumb to avoid. Of course, they can fall the other side of the line and make the puzzles so easy as to be pointless. Helheim Hassle expertly tows that line very well. At no point did a puzzle become frustratingly obtuse and the easier puzzles only serve as tutorials to teach you how to use your limbs. Yes, I do mean limbs.

Bjorn is a unique character in that he can de-limb himself. I’m sure that’s the correct term. You can detach every extremity including both arms and legs as well as your head. Each of these body parts can also unite on their own. Your head can join together with both arms or an arm and a leg and so on. You can’t unite all loose body parts so you are forced to think about the best ways to solve the puzzles in front of you. The game also paces itself well with you slowly unlocking each body part over time. As soon as you unlock a new limb, you’re given a few simple puzzles to get to grips with how each limb acts differently from the last. Due to this, it feels incredibly organic with how you learn the ropes. 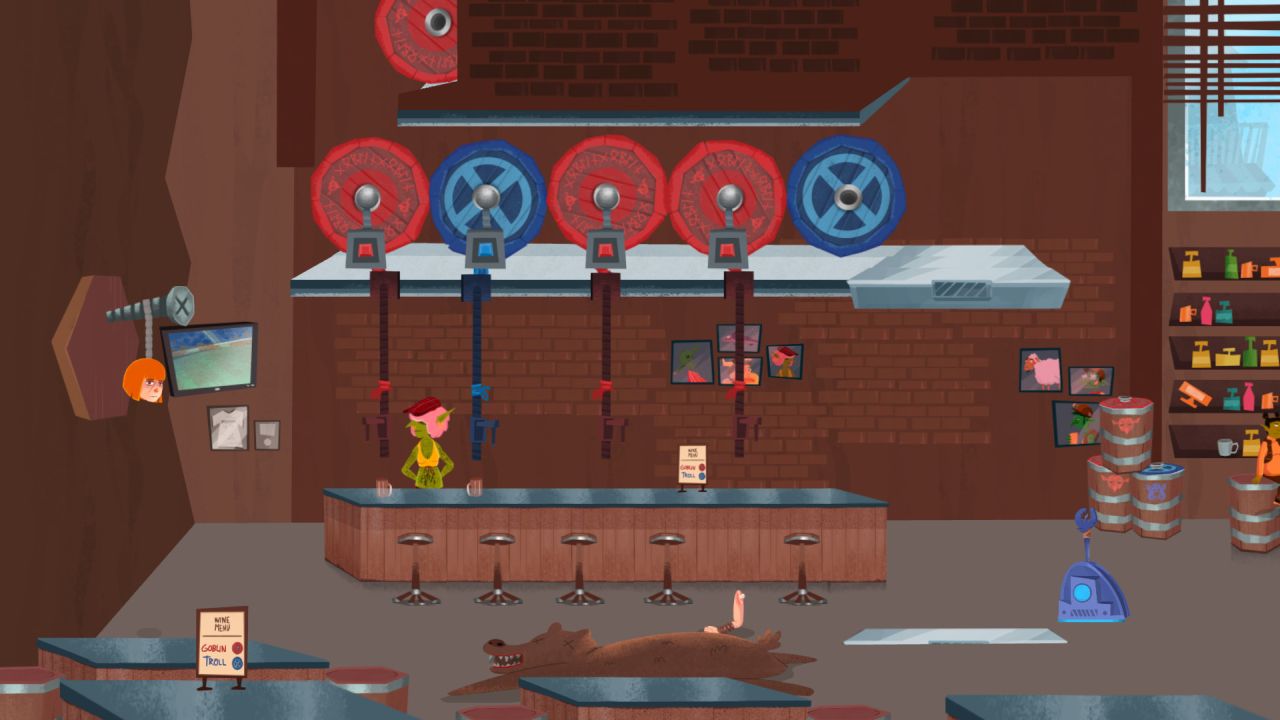 You are also given a codex to keep track of all possible body part combinations along with the strengths and weaknesses. The downside is that using the codex is far too complicated and is inundated with entries. There are so many possible combinations that it is not worth looking for an individual entry. I found it much simpler to just learn through playing and I never touched a codex entry save for removing the notification symbol.

While all this is good, there is one drawback to the gameplay and that is the controls. All limbs are controlled by the D-pad. Up for your head, left and right correspond to each arm and down for both legs. Due to this, it becomes a common occurrence to end up controlling the wrong leg since they use the same input. Further, to detach or attach other body parts uses square and triangle, but the game doesn’t always understand what limb you’re trying to attach to. You will spend a lot of time attaching and detaching body parts as they lock on to the wrong ones. These issues are only minor during most of the game; however, they are exacerbated during the occasional moment the game puts you in a chase sequence. In these moments, you have to complete the puzzles in a strict time limit before you fail and when the controls are not as precise as you want, you get caught over and over again. I found the last 5-10 minutes of the game particularly frustrating as the controls simply did not co-operate.

For a 2D puzzle game there is a surprising number of things to do outside of the main quest. There is a litany of side characters and quests on your path to Helheim and every quest is worth taking the time to do. Not only do you get rewards such as gold to spend on items or soul coins which can be cashed in for puzzles inspired by other games (e.g., a Limbo inspired level) but it is genuinely worth it just to spend more time with the characters. These quests mostly take the form of fetch quests. One quest asks you to find someone to adopt a pig which can only be done by finding a silk bow. Multiple quests involve you memorizing musical compositions. One example is when you have to play a song for stonemen which can only be done if you remember what order the verses, bridge and chorus are. They’re short, fun and often enhanced my experience with the game. 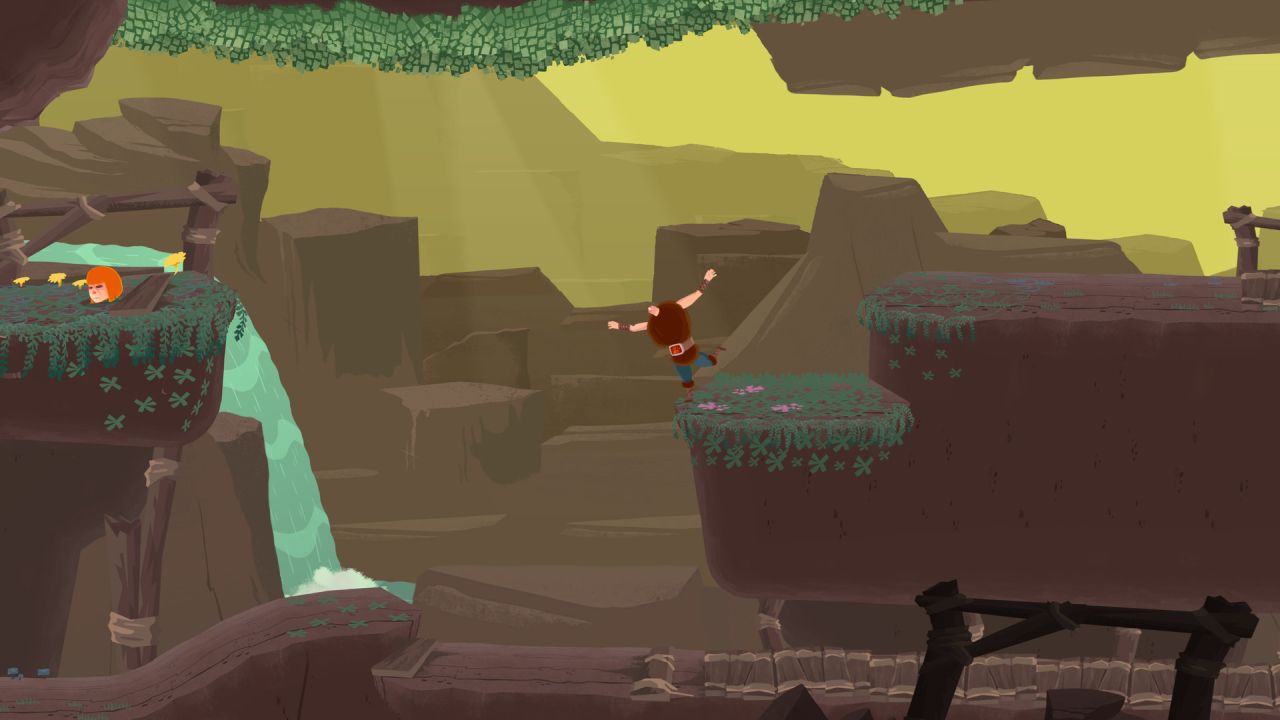 One thing that sticks out with the game is the visual style. It wouldn’t look out of place as an animated TV show. The style is also very much carried over from Perfectly Paranormal’s last game; Manual Samuel. It’s simplistic but charming. You get to visit different areas on your road to Helheim, each being as visually distinct from the last with different colour palettes. It makes backtracking to complete various quests easier as you know roughly what area to look out for.

Unfortunately, some of the sound design does not live up to the charm of the visuals. The biggest offender is the scream when you throw Bjorn’s head. Some puzzles require you to throw your head into places it normally wouldn’t reach and there are only two variations of the scream when you throw it. I heard it so many times it is ingrained in my memory. I just wish there was more variation so throwing the head doesn’t get as painful as it did.

There are no performance issues. I encountered no real bugs or glitches and the gameplay was as smooth as you could want. This was reviewed on a PS5 through backwards compatibility so I’m not sure how well it holds up on the last generation but I cannot imagine there would be a huge performance hit, if any.

Helheim Hassle is a joy of a game to experience. The story and the characters are worth the price of entry alone. The gameplay is fine but can cause frustration at certain moments and the graphics are good but not outstanding. It’s easy to recommend this game as it’s just fun. Everyone needs a bit of joy and light-heartedness, and Helheim Hassle delivers.

Our ratings for Helheim Hassle on PlayStation 4 out of 100 (Ratings FAQ)
Presentation
70
Helheim Hassle would not look out of place as an animated show. Colours make each location visually distinct. Not enough variety in sound design with some effects getting old.
Gameplay
68
Strikes a good balance with challenging puzzles which never become frustrating. The controls can be inaccurate especially in timed puzzles. Some of the sound design can be grating.
Single Player
82
The story is charming and memorable. Most characters are likeable and interesting; however, some characters can be annoying.
Multiplayer
NR
None
Performance
90
Runs perfectly with zero bugs or glitches encountered. Game runs smoothly but was tested on PS5. Unlikely any issues on last gen systems.
Overall
77
Helheim Hassle oozes charm and is a fun, short light-hearted romp. Some minor frustrations do sour the experience but they’re the exception to the rule. It has great characters and is worth the price. 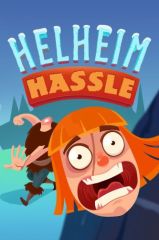