E3 2010: Going behind the scenes with the last Halo game from Bungie

Even though Halo Reach is the last Halo title for Bungie, the developer is not taking things lightly. Set as a prequel to the Halo trilogy, the game takes place in the year 2552, where humanity is locked in a war with the alien Covenant. Players control Noble 6, a member of an elite supersoldier squad, during a battle for the human world of Reach. The game follows the actions of Noble Team, a special operations unit known as Spartans. During E3, we had an opportunity to see a live gameplay demo of the campaign from Reach hosted by Mike, an environments lead at Bungie.
The demo started about halfway into the campaign, as the Covenant are invading yet another human city. Now that they are on the planet, the humans must fight back the invasion. This is the same level that was shown during Microsoft’s E3 Press conference, but of course now we had a chance to walk through the level at a slower pace and see some variation to the combat. Starting on a beach, the player is accompanied with three squadmates as you try to make your way to the city gates. It was confirmed that the campaign will be playable with up to 4 players in coop mode. 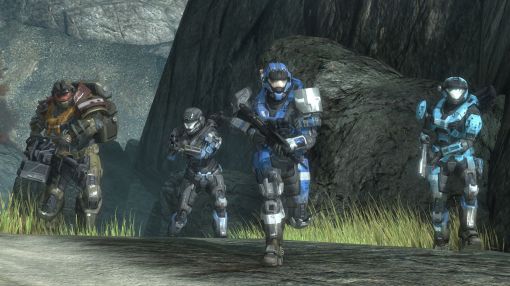 As you fight your way to the entrance, a few pods land and reveal enemies that you and the Spartans quickly dispatch. Once inside, there are a few more enemies to take care of, but otherwise the player simply navigates their way through the friendly base on the path to a space shuttle. Once there, the player buckles up and is launched into space. A whole new addition to the series is the space flight combat. In the second part of the demo, we were able to see a glimpse of this gameplay. The mission in space was based on defending a friendly ship from small incoming enemy fighters. Controls looked to be similar to somewhat arcade flight games such as HAWX. During the fight, it was noted that the player’s health and shields regenerated over time. Once all enemy ships were dispatched, the demo concluded.
Visually, the game is set to improve on Halo 3. During the ground combat, weapons and enemies looked a tad better than the previous game in the series, though nothing groundbreaking. On the other hand, the shuttle takeoff into space and consequent aerial combat looked rather nice, with no shortage of great visuals of distant worlds. The game included a basic soundtrack and some voice acting, though not enough to make any sort of conclusion.
One of the most important aspects of the series has to be the multiplayer component. Though few details have been released thus far, we asked Mike what his personal take was on Reach’s multiplayer, and why fans should check it out over the dominant Halo 3. In his response, the developer mentioned that Halo Reach offers enough new gameplay tweaks (such as armor abilities and jetpacks), along with some included classic hardcore modes, that make it worth trying out Reach. The game is set to ship on Xbox 360 on September 14. 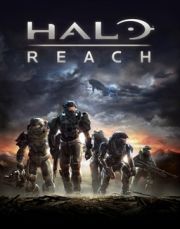 All videos for Halo: Reach (3)
Advertisement ▼