Do you enjoy control being taken away from you? The sort of scenario where you can generally alter the direction of your destiny, but the final result is very much out of your hands? If so, you probably enjoy games that combine humor and whacky physics, and only give players enough control to broadly influence things. Such titles have an intentional clumsiness to their controls and the mechanics, in order to produce laughs, anguish, and whacky situations all at the same time. Games like Gang Beasts and Human: Fall Flat have certainly carved out a niche, usually drawing in players wanting some random entertainment, or to see others fail on YouTube and Twitch. Fall Guys: Ultimate Knockout is the latest entry in this unpredictable genre, and while it occasionally delivers on the absurdity, it seems lacking in content and polish. 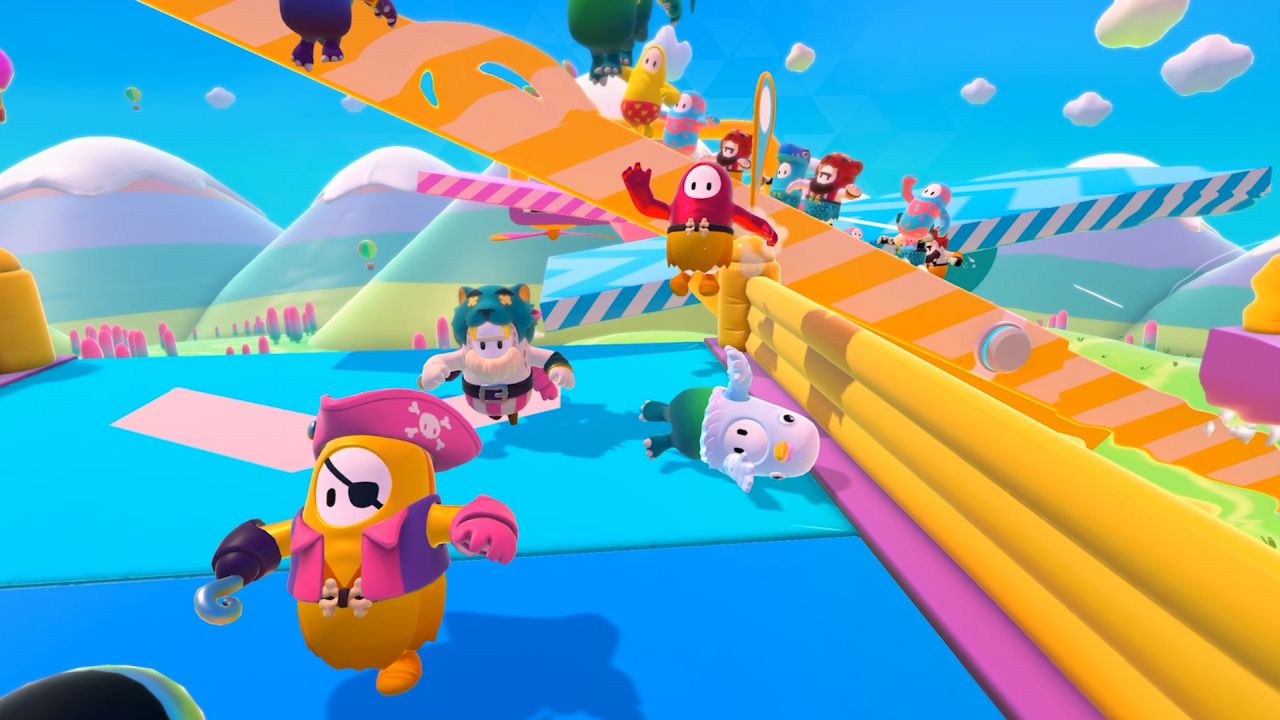 Fall Guys is a multiplayer arcade game, that tries to stand out by pitting up to 60 players into the same match. The general idea is that you're a humanoid plushy, on a game show. The show takes players through five rounds/stages, with participants being rapidly eliminated after each stage, until the final event when one player claims the crown. All stages are relatively brief, and take between 30 to 90 seconds to complete, which keeps the action flowing and, even if you're eliminated, another match is just moments away.

As with most games in this subgenre, the controls are loose and the physics are intentionally whacky. The inputs are deceivingly simple - you run around in third person view, and can only jump, grab, and dive. But this isn’t a walk in the park; each of the game's stages is a chaotic showdown that requires you to interact with the environment, and other players. That's where the fun - and frustration - begins. Bumping into things, other players, and obstacles - and even simply jumping - can send you tumbling to the ground. This costs precious seconds as your character tries to get up (and sometimes is unable to, as you get continuously thrown about). The helplessness during these moments works to amuse the players at the sheer absurdity of the gameplay. Diving works okay depending on the situation, but grabbing - items, or other players - is very random and mostly glitchy, which isn't optimal for levels where you have to use it.

Some of the less enjoyable races include a level where it's just a series of doors, and some of them are randomly unbreakable. So players smack against the closed ones, before funneling into the openings that do exist. Another level is comprised of a series of seesaws, which leads to futile attempts to make jumps with good timing, and hoping the others know how to tip the other way, while also not falling down during landing and rolling off the edge helplessly. The amount of sheer luck required to make it through unscathed is pretty high. 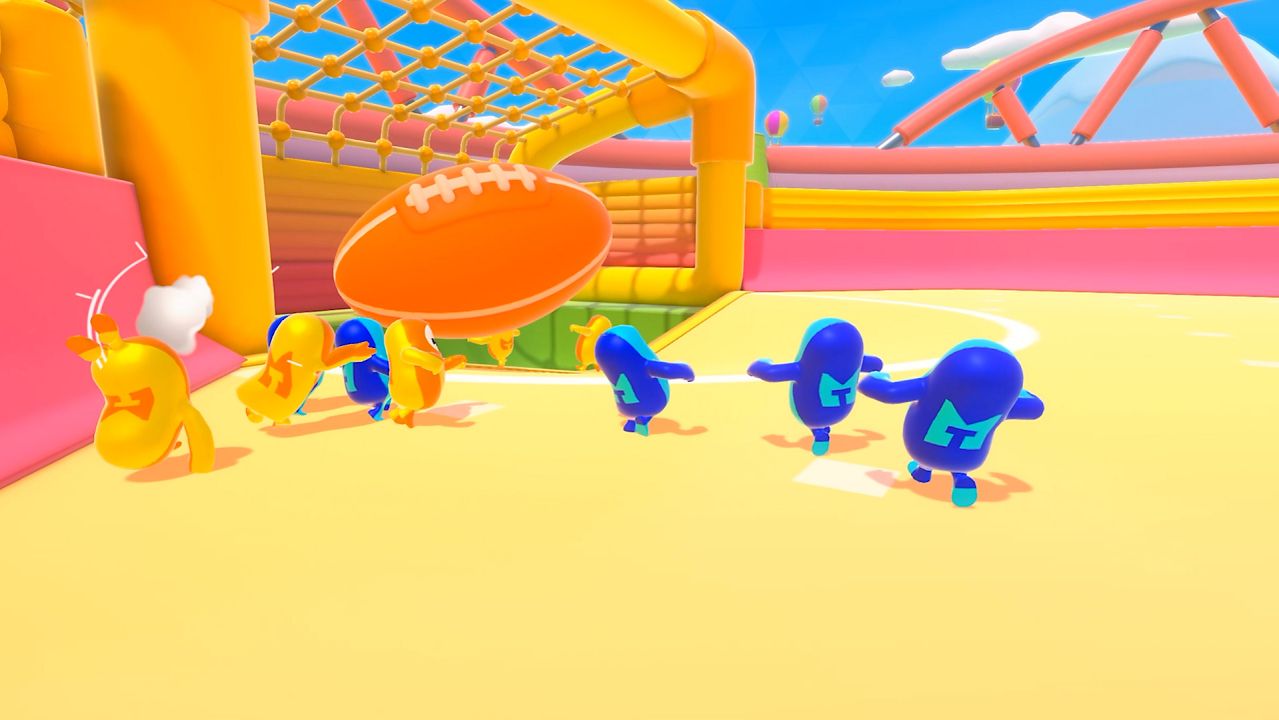 But, if you’d like to have even less control over the experience, and really throw the dice, you'll "love" the Teams levels. You will get put into random teams, and play in games similar to soccer, or pushing a ball down a ramp faster than another team. Other team games include tag, where you try to ensure your entire team doesn't get tagged first, or a level where you are jumping through randomly appearing hoops and trying to score the most points as a team. In another game, you chase certain players who have a golden tail - which is not possible to see from the front, and it gets blended in with player costumes. Needless to say, making it through these rounds is even less reliant on your ability, and more on sheer luck and the competence of your teammates. A lot of the team games also come down to the final few moments, making the rest of the time a bit of a wash.

As the players get cut in the later rounds, the level selection expands. But this also means that you'll be replaying a lot of the levels - due to both a limited selection, and the game seemingly always picking the same ones over and over. There are some fun ones, but they rarely come up. Considering the brevity, and relatively simple design of the levels, Fall Guys seems like rather poor value. Adding more levels would have gone a long way to make the game feel less stale after just a couple of hours.

You'll be trying to make your way through the crowds and obstacles across about 20 levels, randomly selected by the game. First you have the races - in which the goal is to make it through to the end of a course before enough others do the same. The race courses feature spinning blades, streams of goo, shifting platforms, and moving doors, all to stop your progress, and seem inspired by the likes of the Wipeout TV show. It's not all that original, but it works. As mentioned, there are also the team rounds, but the design for them is very basic - usually a simple arena with the items to chase, such as soccer balls. 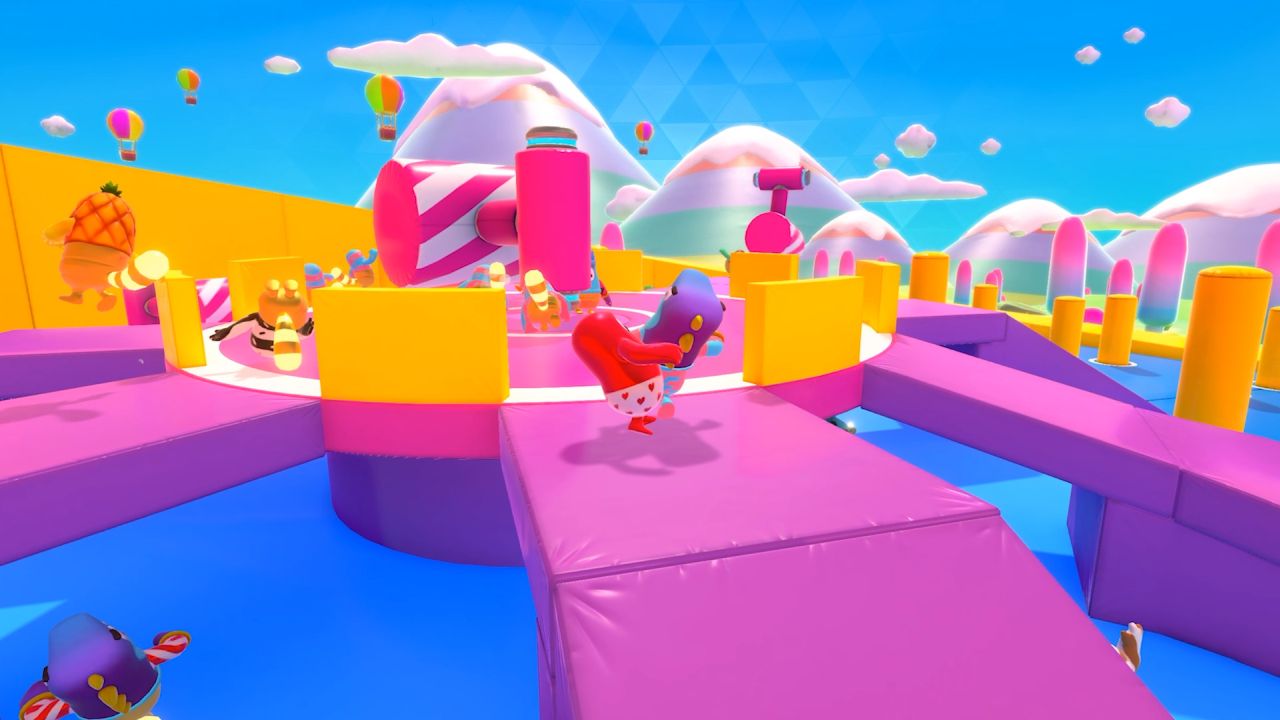 Lastly, there are levels that require less luck, no direct interaction with other players, and give you more control - and unsurprisingly, they are the most enjoyable. In one case, you play a simple memory game to avoid platforms that will disappear. In Survival-type levels you try to hold out the longest by staying atop a series of rolling platforms that constantly produce new obstacles. In another example, you stand on a circular platform and jump over a spinning beam, while keeping tabs on the second larger one that also spins at a different speed. And lastly, there's a Finale level that puts you on a tower with tiers of hexagon platforms, which disappear after you step on them, dropping you to the next level, and eventually into goo. Players have to think quickly and plan their path, as well as possibly sabotage others, and stay up as long as possible. These levels, by going against the game's core designs of luck-based gameplay, ironically have the most longevity and least frustration.

And that's the key issue with Fall Guys. It's a game that's meant to be amusing due to its poor controls and unpredictability, and that works to a point. But it also tries to be a competition - and its very design works against that idea. After you've had your fill of falling down and getting knocked out, things begin to grow frustrating as your goal is not only to have fun, but be competitive. Losing event after event due to no fault of your own continually builds a negative feeling. If you spawn at the back of the player group, you've already got zero chance to win, but at least you can qualify for the next round. The levels feature plenty of randomly generated obstacles/moving doors too, which again takes control away in a game with an already very low skill ceiling.

There's not much to do in the long run. You can customize your character with new colors and outfits, and that's all that you've got to work towards. The game awards you two types of currencies: Season Pass experience, and cash to use in the daily updated store. You can of course spend real money to get more. It keeps an even playing field, but leaves nothing to progress towards. 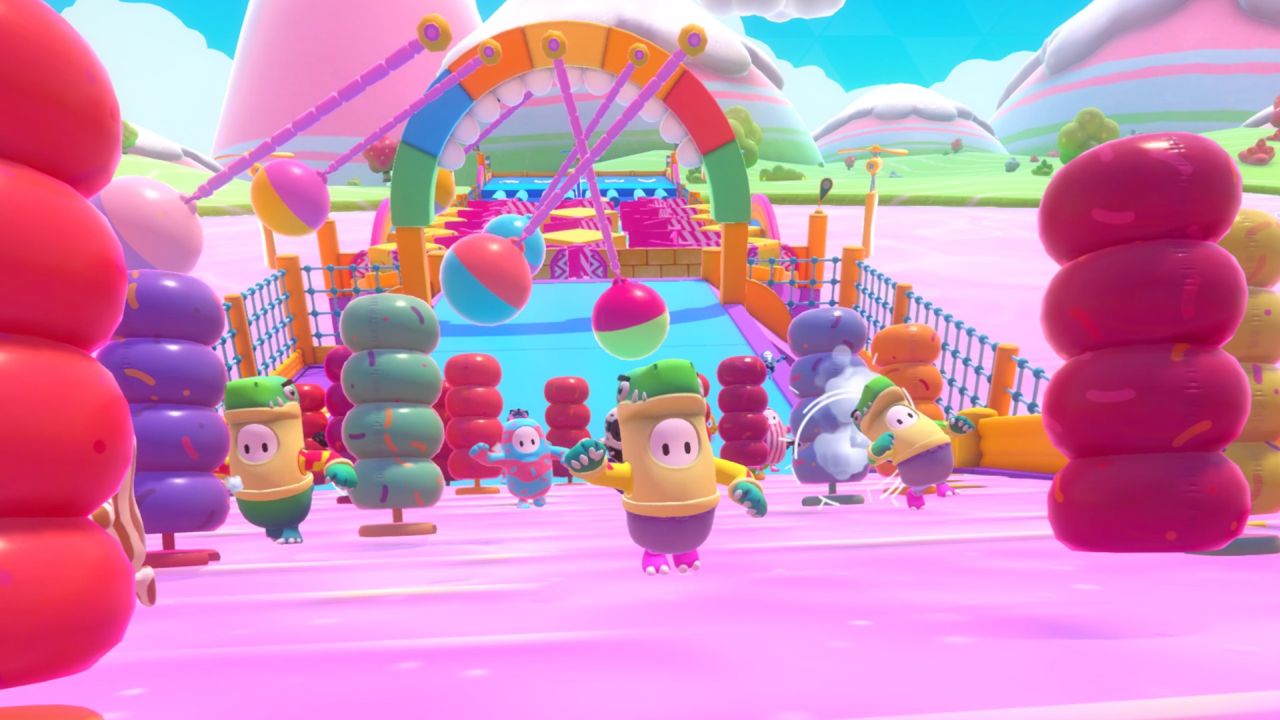 As this is a multiplayer-only game, connectivity is pretty important, but during the launch week the game has experienced a fair share of trouble. Servers have been down quite often, and many cases of lag presented themselves, with physics trailing behind the action, and players warping around.

The visuals match the more fun-focused physical chaos that the game hopes to achieve, with colorful worlds that run at a steady framerate on a base PS4. Animations are decent for this type of game, and not overly detailed. The soundtrack leaves much to be desired, with only a couple of cheery tunes that begin to repeat very quickly.

Fall Guys: Ultimate Knockout will appeal to a certain type of audience, but even those players would probably feel that the game could have a lot more content for its $20 price. It's not particularly complex, or polished, and with only a handful of levels, things begin to grow repetitive fairly fast. The connectivity problems certainly didn't help things, and with no long-term goals to work towards, it will be interesting to see if the game manages to retain its community after the initial fun wears off.

Our ratings for Fall Guys: Ultimate Knockout on PlayStation 4 out of 100 (Ratings FAQ)
Presentation
70
The game has a simple and colorful aesthetic that fits its gameplay, though the soundtrack could use a few more songs.
Gameplay
50
The physics-based gameplay that tries to create fun by taking control away will appeal to some, but has a fairly limited shelf life. There are too few maps though, and their design is quite basic.
Single Player
NR
None
Multiplayer
60
Playing against others is mostly a hindrance, and when you've had your laughs and actually want to start winning, the game's core mechanics work actively against you.
Performance
70
The game isn't very demanding, but the servers have been fairly unstable.
Overall
62
Fall Guys has a decent foundation for creating some whacky multiplayer mayhem, but with so much of your success resting on luck, the lack of maps, and occasional server problems, the entertainment value rapidly dissipates. 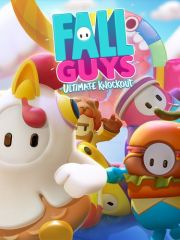