INTO A DREAM
Platform: PC
45
SummaryNewsArticlesVideoScreens

Into A Dream Review

A wayward story about depression that struggles to get going

Indie games don’t fear tackling heavy social issues. There is a myriad of clever titles releasing each year that focus on mental illness, abuse, and bullying, with many succeeding in creating emotionally impactful experiences that sit with you for years to come. Unfortunately, on the other end of that spectrum you have games that fail to have such an impact, whether it be because they misunderstand or misrepresent the issue at hand, or that the gameplay doesn’t provide a worthwhile experience. Into A Dream represents one’s mental fight with depression in an interesting manner, however its disjointed narrative and unsatisfying gameplay lead to an experience that is largely forgettable. 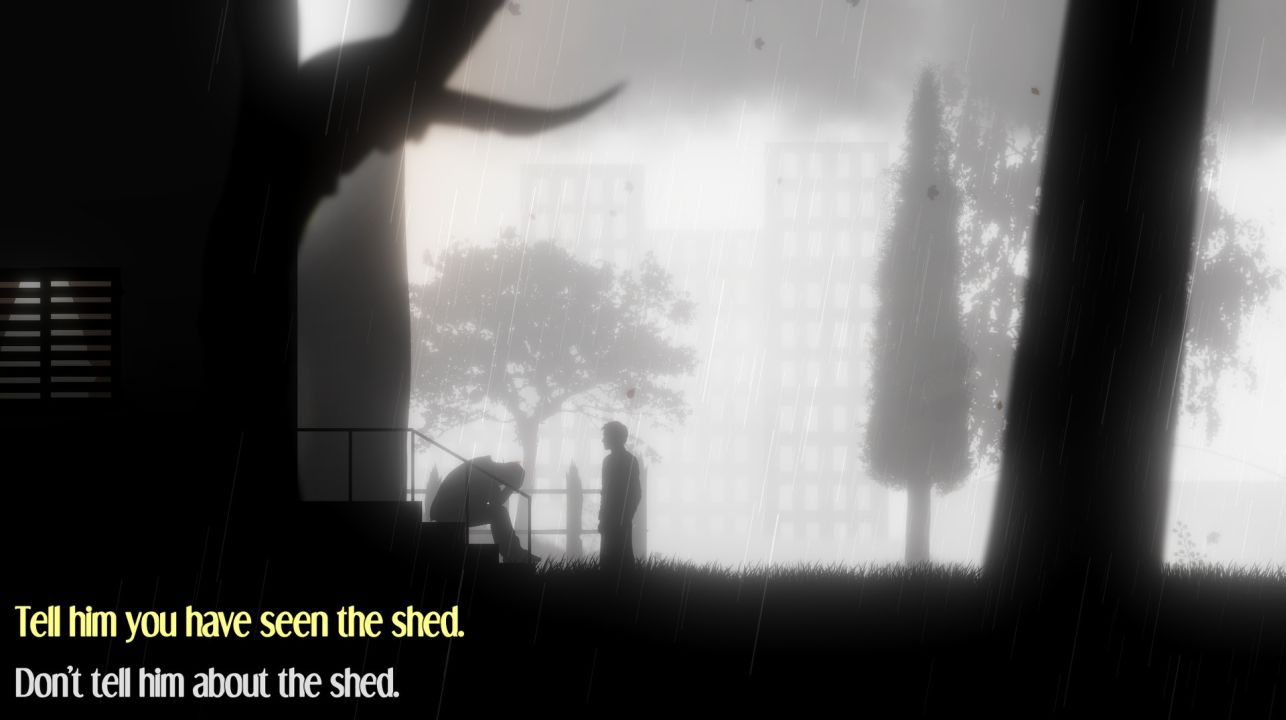 You assume the role of John Stevens, a man who must delve into the complicated mind and dreams of Luke Williams, a man who is suffering from depression. Luke’s severe level of depression has his mind evading the professionals who seek to help, so John (a supposed expert in the field) is sent to try and rescue Luke from the grips of his mental illness.

The narrative starts off well and is rather engaging, as you quickly meet Luke and his family. You meet his wife Rita, his daughter Anne, and even the family dog Rufus. The fact that the game is fully voiced adds to the atmosphere nicely, allowing for the emotions of characters to be fully realised. The voice acting isn’t great by any stretch but the main cast benefit from the extra characterisation that comes from hearing their voice, especially in the case of Luke. You can feel the pain and the dramatic pauses in his delivery. It all aids in highlighting that Luke is going through some hardships, something that becomes all the more evident as you journey through his dreams. The emotional soundtrack and Limbo-esque silhouette art style also aid in strengthening the atmosphere. The presentation style isn't anything new, but it does a serviceable job at making you feel like you are exploring an emotional mind.

Luke has his fair share of hardships, all of which become apparent throughout the memories and dreams you traverse. The most powerful aspect of Into A Dream is how well it addresses the fact that depression doesn’t just grip an individual when everything is doom and gloom, and how it can often manifest when everything in life is going swimmingly. This really hits home as someone who has had battles with depression, and it truly feels in moments like these that the team are representing a social issue that they have experienced and understand. This is what makes the narratives downfall towards its end all the more upsetting. It loses what made it relatable, instead relying on an odd narrative turn that comes across a bit bizarre. The fact that the game takes place in the mind of a mentally struggling individual somewhat excuses these moments, however they become too confusing to follow, leading to an ending with an unsatisfying closure. The story in the end ultimately feels too disjointed and nonsensical to be enjoyed. 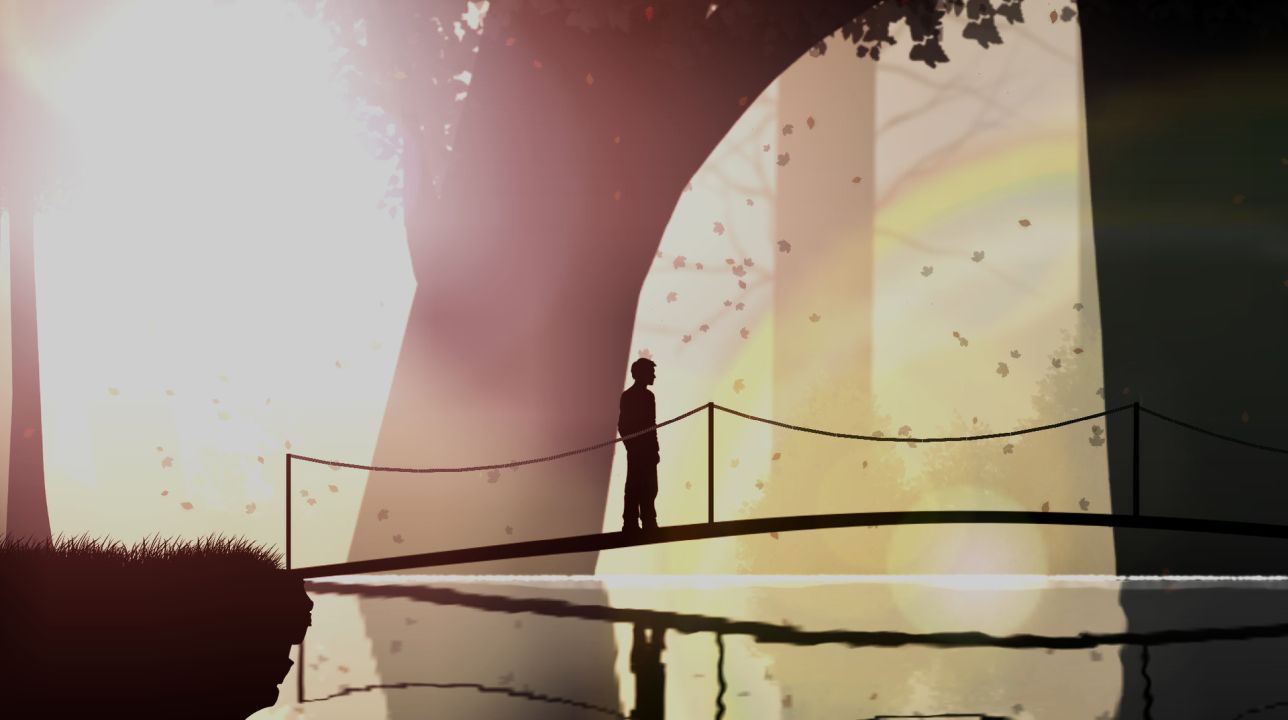 While the story has its peaks and valleys throughout the roughly two to three hour experience, the gameplay is satisfactory at best and terrible at worst. Most of the game simply requires you to walk through Luke’s dreams and chat to characters in order to progress the narrative forward. Interspersed between these interactions are puzzle and platforming sections, that are terribly lacklustre. Moving items such as crates and swinging on ropes to avoid pitfalls and reach previously inaccessible areas are commonplace in games of this ilk, but the mechanics here are not enjoyable or rewarding. John only moves nicely when his feet are planted firmly on the ground, and once he tries any sort of platforming task he is completely useless. Each time encountering such a section would result in a depressing sigh, as you are forced to fight with stiff controls that more often than not see John helplessly fall into the abyss below.

Puzzles don’t elicit much fun either. Most require you to collect an item from one area and place it another, such as one puzzle that tasks you with retrieving a propane tank in order to power a lighthouse. These fetch quests work fine but they lack any creativity or calculated thinking. There are a few other puzzles that try to be different, but they ultimately lead to moments of sheer annoyance and frustration. One such situation is a stealth segment that requires you to evade the eyesight of onlookers. The puzzle design in this scenario is absolutely horrendous. It lacks any sort of discernible pattern and results in an unfair and downright terrible couple of minutes. It just feels out of place and sticks out like a sore thumb. Moments like these truly highlight that Into A Dream just isn’t worth the time invested.

Into A Dream also contains a few bugs that shattered immersion in some instances. On seemingly random occasions, talking to a character again after certain parts of a scene would result in them spewing out the same dialogue they did at the start. The game also allows the player to freely move around during level transitions, even allowing dialogue to be triggered if you chat to a character as the scene changes. This is a bit nitpicky, sure, but it is a small bug nonetheless that again hinders immersion. 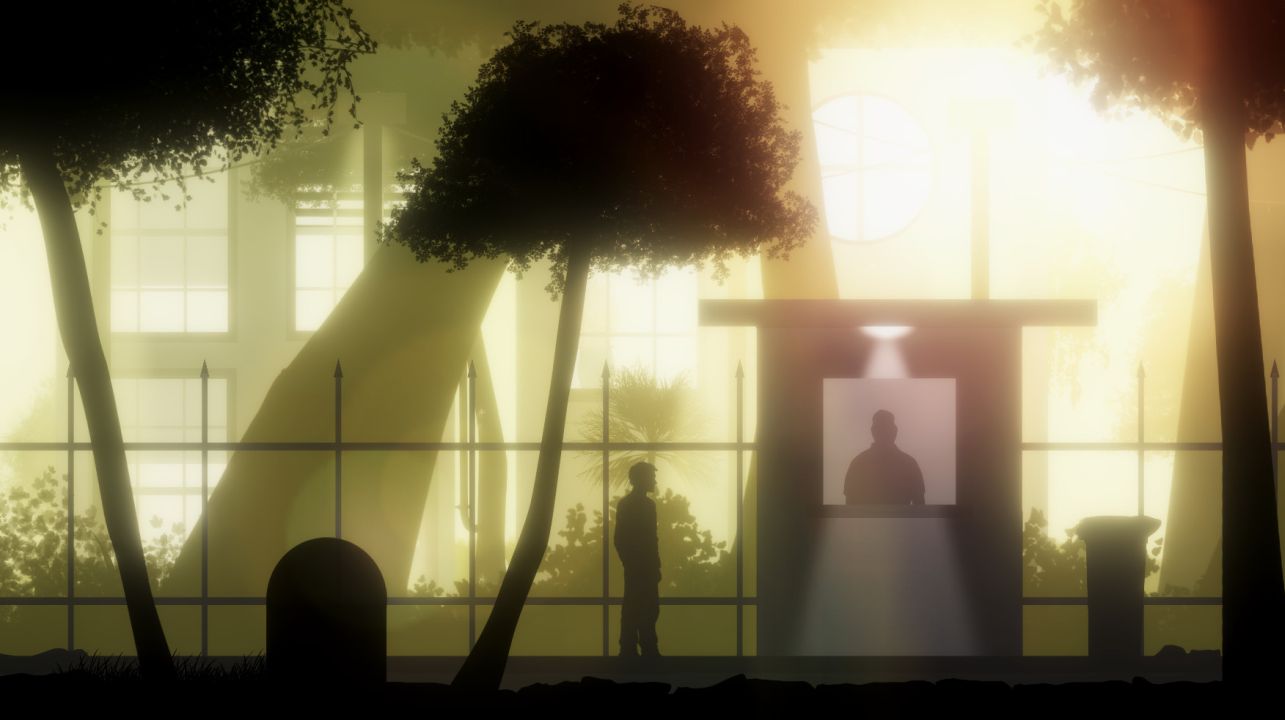 There is no doubt that Into A Dream has some novel concepts in its narrative, it just fails to execute on them fully. I did enjoy the way in which Luke’s battle of depression was displayed in some instances, but equally as many other story beats left me scratching my head in utter confusion. The biggest issue is that it just isn’t fun to play, leading to an experience that never truly feels worth the time and effort. Amongst the countless indies that tackle similar themes, Into A Dream finds itself placed firmly in the lower rung, with its shortcomings far too hard to ignore.

Our ratings for Into A Dream on PC out of 100 (Ratings FAQ)
Presentation
60
The voice acting, soundtrack and art design all do a solid job without being very original.
Gameplay
40
Walking around the environment works fine, but infuriating puzzles and platforming segments result in a poor experience.
Single Player
50
Narrative has novel ideas but it is ultimately too wayward to enjoy and gets absurd towards the conclusion.
Multiplayer
NR
None
Performance
(Show PC Specs)
CPU: AMD Ryzen 7 3800X @ 4.5 GHz
GPU: Gigabyte GeForce RTX 2070 SUPER Windforce OC 3X 8GB
RAM: 16GB DDR4
OS: Windows 10 Pro 64-bit

65
Dialogue cycles through again randomly, breaking immersion. Bugs in scene transitions.
Overall
45
Into A Dream has some interesting ideas, but the muddled storytelling and enjoyment-sapping gameplay stifle its ability to have a positive impact.