A puzzle game in a unique setting

Traditional puzzle adventure games are not as common these days, as the industry has mostly moved on to adventures with an emotional twist, rather than making players pixel hunt for items and experiment with combinations in their inventory. But Roki is a new release trying to combine the two experiences, offering a charming art style and a touching story, combined with a lengthy puzzle filled world to walk around in. It does a decent job of making you ponder solutions at its many dead ends, but the adventure and story aspects take a back seat as a result. 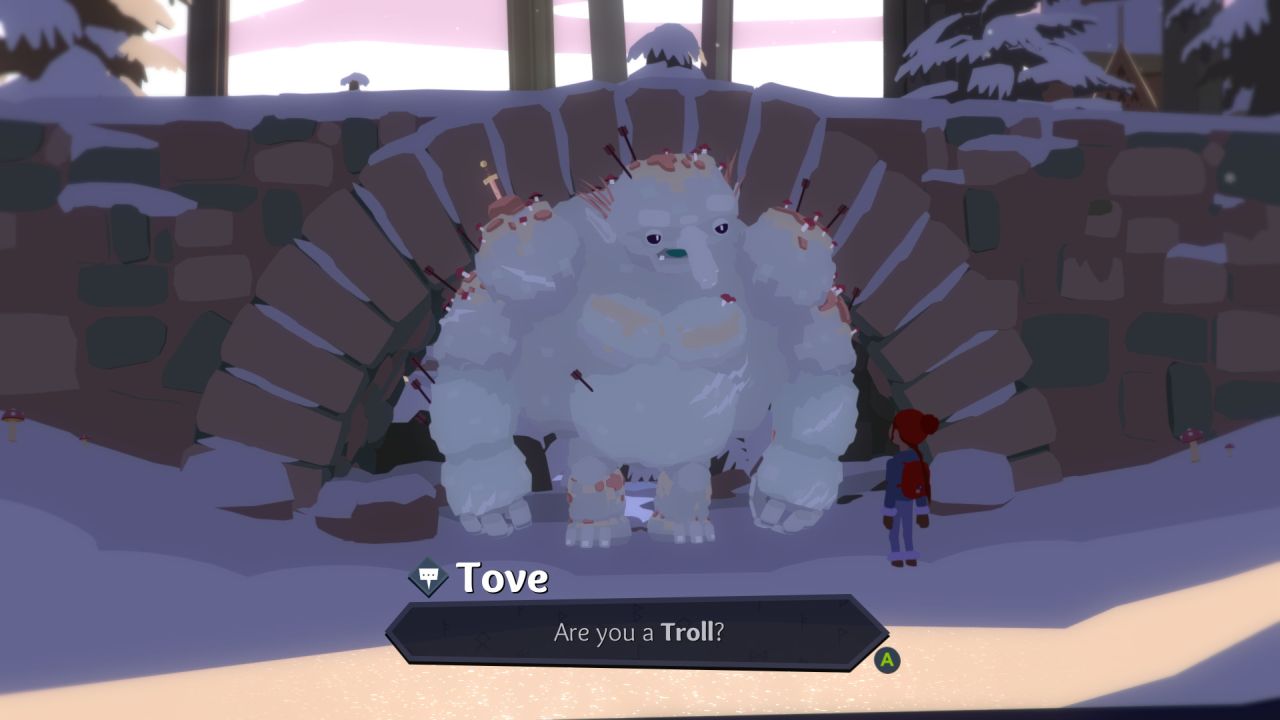 Roki follows the story of Tove, a young girl who lives in an isolated and snow covered home in Scandinavian wilderness, with her brother and their father. She takes care of herself and her brother, Lars, as their father seems to be having difficulties and spends his time drinking and sleeping. We get hints that the family lost their mother in a tragic event. During one night, their home is suddenly attacked by a large monster. The two kids manage to escape, but their father is trapped and left behind in the collapsing home. However, the creature soon catches up and grabs Tove's brother, and takes him through a portal into another world. Tove follows and arrives in a magical world, where she must explore, solve puzzles, and meet various Scandinavian fairy-tale creatures, all in hopes of finding her sibling.

Roki can almost be considered a game of two halves; as a narrative, it presents itself as a fairly lighthearted and perhaps even kid-friendly adventure that wants to show the players Scandinavian lore and mythology. The narrative beats are straightforward and the dialog quite basic. In fact, at times the interactions between Tove and other creatures seem fairly surreal, and not the way that a normal teenager would react. And so as the adventure continues, we learn that there are dark underpinnings to Tove's family, and the events that surround their mother's death. Eventually it becomes a fairly typical "dark story" about accepting your past, complete with shadow forms of the characters taunting you about past mistakes. It's everything you've seen before in adventure/puzzle games that try to tug at the player's heartstrings.

Much of the drama is lost due to the game's length. While most puzzle titles of this nature wrap up their narratives within 4-5 hours, Roki is a 10+ hour escapade, and possibly longer depending on how much time you need with the puzzles. So while the game offers good bang for your buck in terms of sheer content, it comes with a lot of pacing issues. You can see from early on that there are multiple sections of this fantasy world you'll need to explore, and there are many occasions where you spend a while exploring the same section of this fantasy forest just to open up all the available paths. There are long breaks between story bits, which really subdues the feeling of urgency or danger, and the big reveals are all stacked up in the final hour or two. 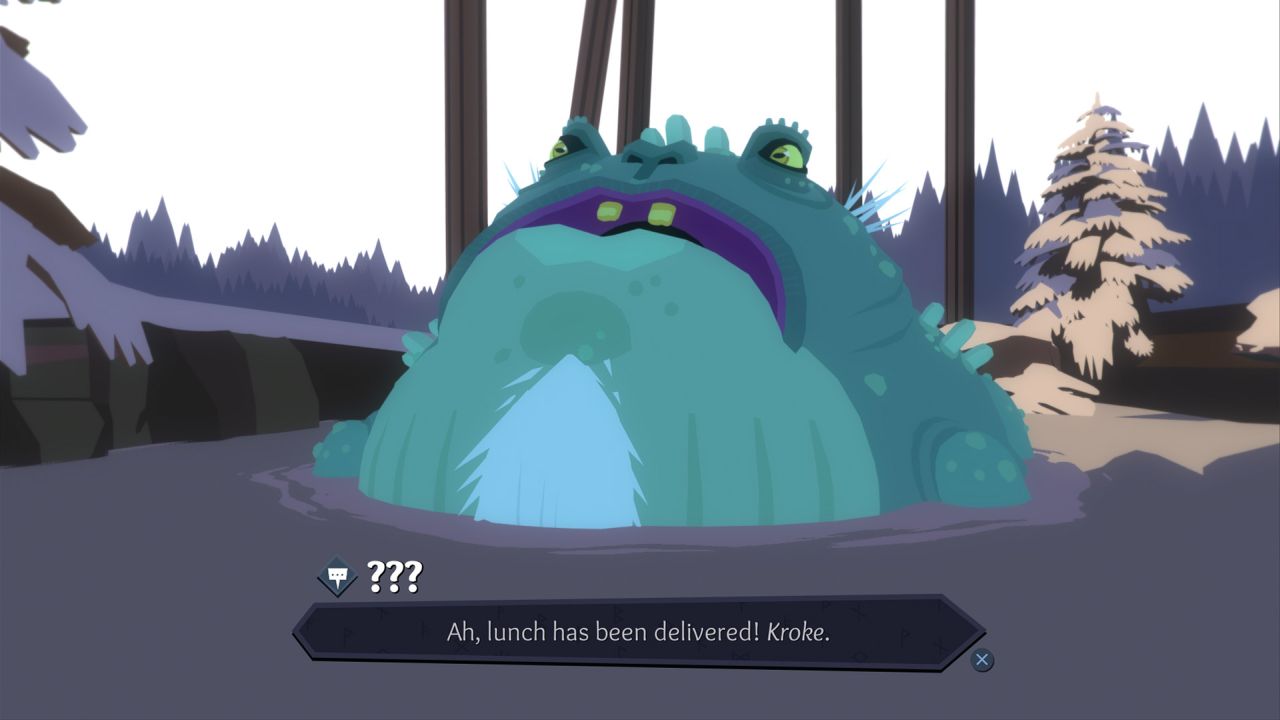 Some of the fairy-tale creatures you meet on the adventure at least have a number of interesting and optional things to say. You can chat up ogres, trees with eyes, and other characters that we won't spoil here. The Scandinavian setting is well realized, giving players a chance to visit a place that's rarely found in adventure games. All of the dialog is written in text bubbles, and there is no voice over beyond generic grunts and sighs of the characters to convey the tone and emotion of what is being said. The charming visual style and subdued color scheme makes it look like a kid's fairy-tale adventure book.

Returning back to the theme of Roki being a game of two halves, the same can be said of its puzzles. Roki is a 2.5D title that has you explore a few different environments, and interact with a number of items. Things start off very simple – you only get one or two items in your inventory, which are obvious and easily combined. You search some drawers for batteries to add them to a flashlight, or put eggs into a pan to make dinner. Inventory is brought up, then you highlight the item, and drag it to another, or onto something in the scene. But things rapidly become more involving and the game starts to throw many curveballs, leaving you scratching you head and somewhat randomly trying to combine items within your packed inventory. Things become fairly challenging and off-beat before long, making the title lean towards puzzle fans rather than those looking for more of a breezy adventure. The game also pads its running time out – as mentioned, it's much longer than typical titles of this sort – but this added playtime comes in the form of mostly repeated puzzle designs in the second and third acts, rather than offering something new.

Each level has Tove walk around an area and pick up as many items as she can to fill out the inventory, and then return to previously visited areas and blocked paths in order to unlock them. This sort of design continues for most of the game, so there is a fair bit of tracking back and forth, remembering what you need for which location. There is a fair amount of backtracking, and half-solving an area before realizing you lack the item to keep going, and having to go explore elsewhere. 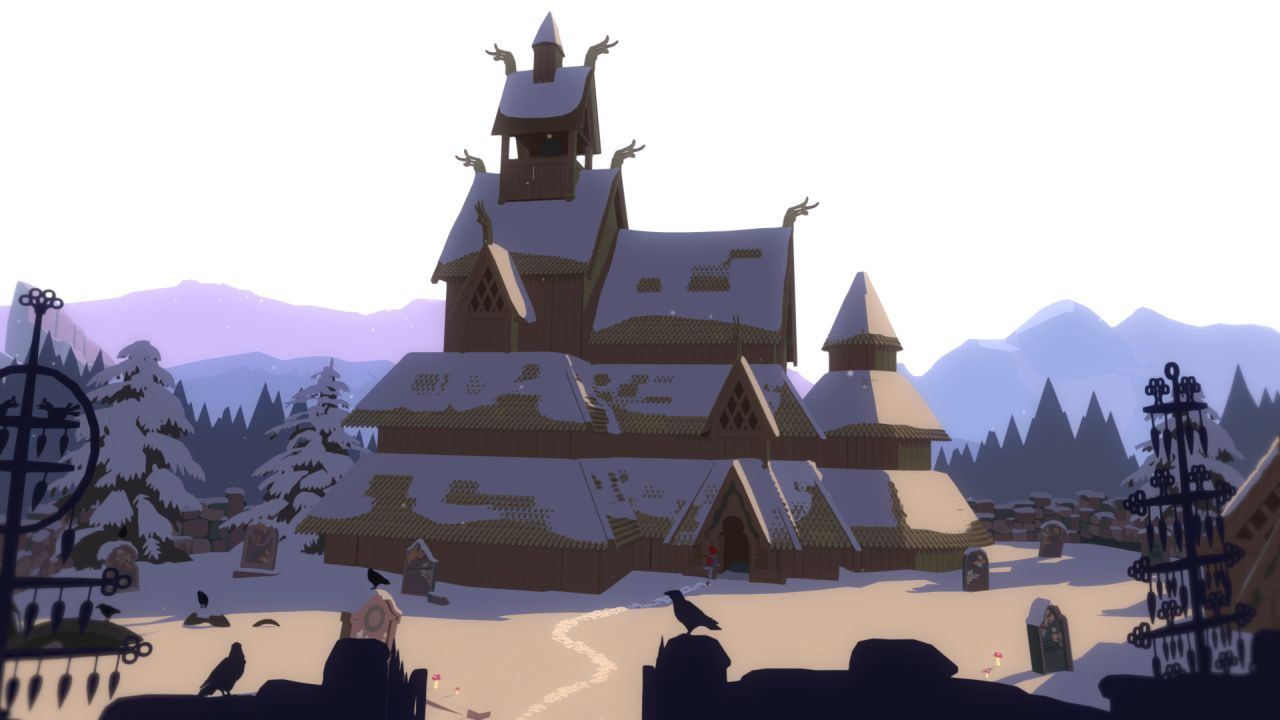 To the game's credit, there are a few mechanics to make things easier. Tove's journal keeps track of the visited locations and what item you may need for it, and it updates as you perform some tasks but some new item may be needed to progress the area further. You can also ask for hints in the second half of the game, if you prefer. The game also saves you from pixel hunting thanks to a button that makes interactive items on the screen glow for a moment – however, even with that, some items simply blend into the background.

Despite being an adventure game with aspirations of a more modern experience, Roki is best played with a controller. The PC version shockingly lacks a mouse pointer, making you awkwardly bring up the inventory, select an item, and then drag it to where you want to interact by using the movement controls. It also lacks options in video resolutions. But at least it runs without any hitches or problems, and is not very hardware intensive.

Roki starts off as a promising adventure with unique Scandinavian folklore setting, with straightforward puzzles, and a dark truth that lies beneath the friendly art style. However, it soon evolves into fairly predictable dark fairy tale, and one that encounters pacing issues due to the game's long running time. That length is due to the many puzzles you need to solve, as your inventory fills up and things become more convoluted, not to mention the repeating puzzle concepts. It looks and sounds quite nice, but it's certainly aimed at puzzle fans than those looking for a brief and touching adventure.

70
No performance issues. The lack of mouse support is rather surprising and makes controls awkward.
Overall
70
Roki starts off as a straightforward narrative-focused adventure, and while it looks the part, the game is more of a traditional puzzle title, with a few of the typical downfalls of the genre. 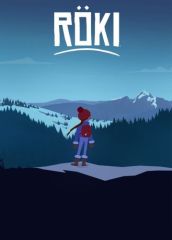