The retro inspired first person shooter is far from a fresh idea these days. From the high-quality action of Ion Fury to the frustrating low of Strafe, there are plenty of old-school takes out there. It can be tough to stand out in the genre now. A title either needs to come up with a fresh take on the FPS, or really deliver on the quality of the throwback. Project Warlock doesn’t bother with trying to do the former, but it does come pretty close to succeeding on the latter. 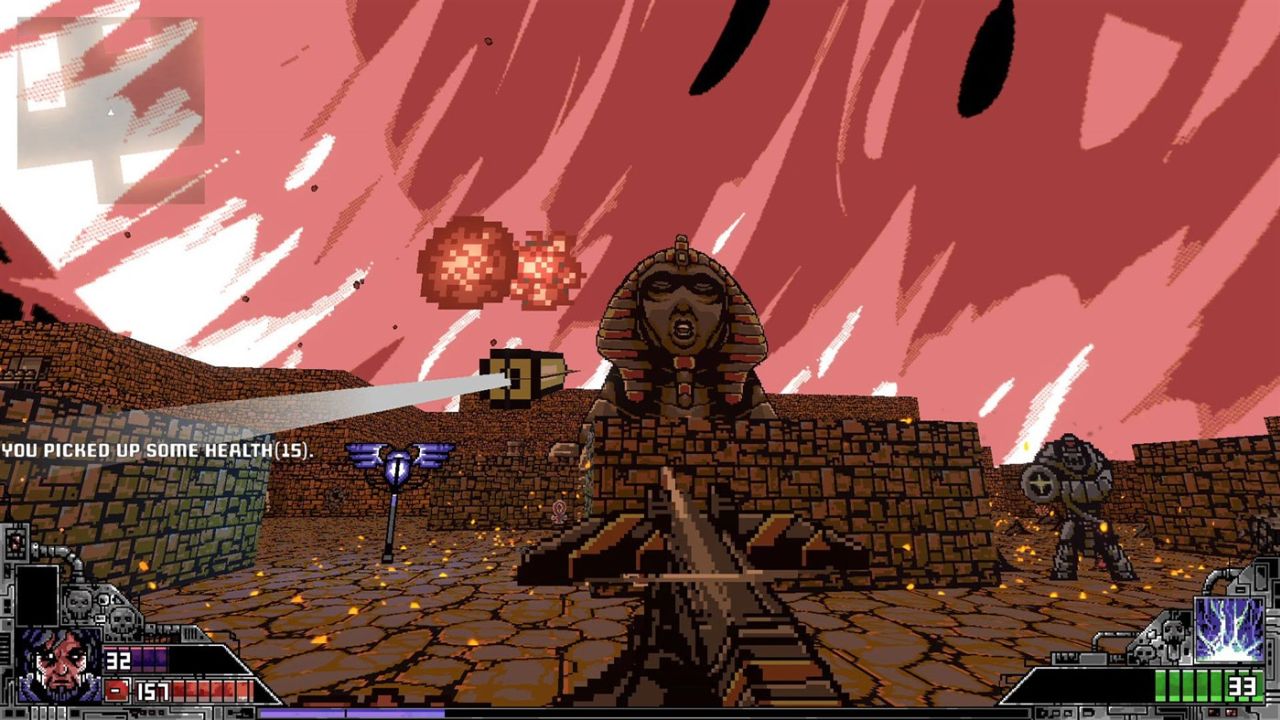 During the dawn of the modern first person shooter, I was a little too young to be exposed to all that bloodshed. As I grew older, though, I delved right into the likes of Quake, Doom and Unreal, and loved all of them for their unique ways. So, right from the get-go, I was familiar with what Project Warlock was throwing at me. The grimy locations, gruesome enemies and fast-paced action would have felt right at home in the mid-1990’s. If you didn’t know any better, you probably would think it was originally released for Windows 95.

Spread across close to sixty levels and five episodes, Project Warlock is explicitly about the action. There are no puzzles to solve and no branching narratives to follow. You only need to be concerned with the enemies on screen, and how you are you going to slaughter them. Thankfully there is an abundance of variety in both of those categories. This is the type of shooter where you can swipe at an abominable snowman with an axe and blast a wizard with a laser rifle. As is typical for the genre, most of the more powerful weapons only become available during the latter episodes, but almost all of the tools at your disposal can get the job done regardless.

As the title may suggest, our nameless hero is in fact, a warlock. This means that in addition to his copious number of firearms and sharpened blades, he also has a handful of magical abilities to unleash. Earlier skills let you light up darkened areas of the map or throw out a powerful explosive, while later enchantments can generate ammo or a shield. In order to unlock these spells, though, you’ll need to discover unlock points, which are hidden throughout each level. And these points can be used to upgrade your weapons as well, so you need to think about how you want to build your hero. Do you go all in on the magic? Or completely overhaul your collection of guns? 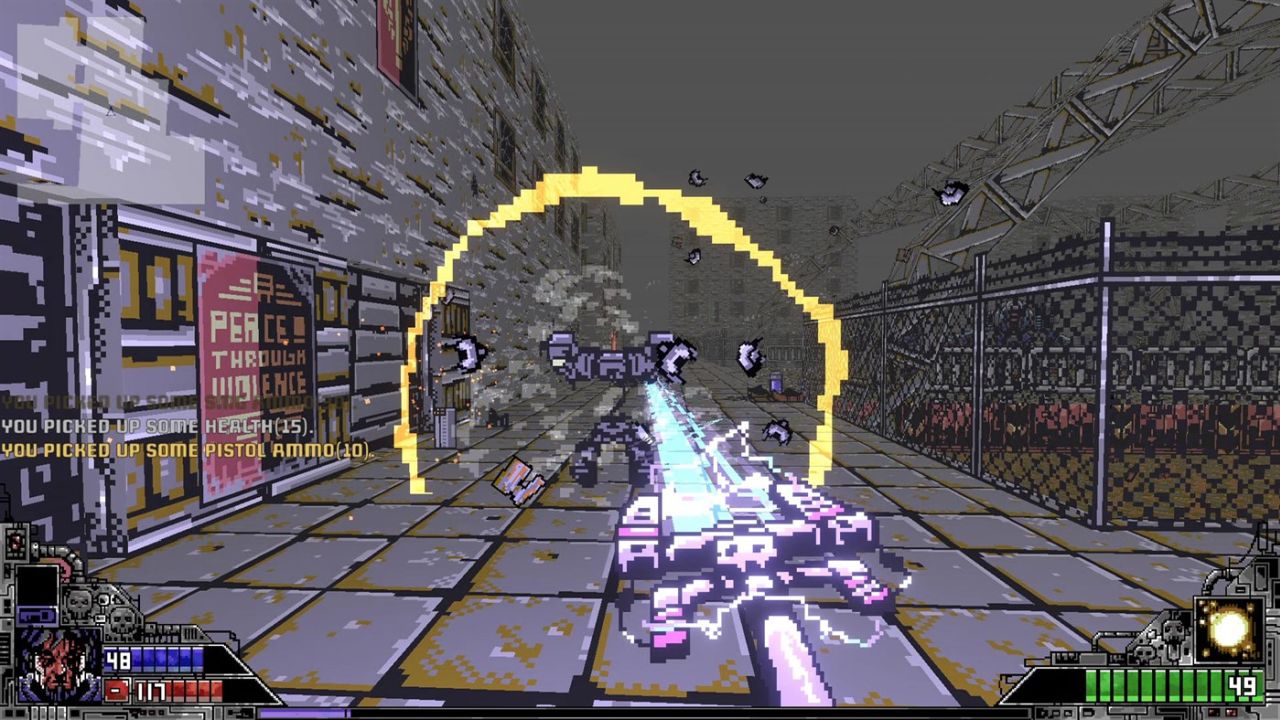 What makes Project Warlock a success is how it manages to balance all these components out. Switching between weapons and spells is a snap, which makes the action feel consistently fast-paced and frenetic. You almost never get a break mid-level, with the only moments of calm typically coming at the very end. With so many shooters having to rely on gimmicks, it’s nice to play something that is as straight forward as it can get. And with most of the levels clocking in at significantly less than 10 minutes long, the title doesn’t overstay its welcome either.

Despite the brief length, though, I do think it struggles in the final act. The last episode regurgitates a lot of the content you had seen from the previous episodes in a kind of lazy way. It feels like the developers struggled to come up with acceptable new enemies, and just stuck with what was already available. It’s capped off by a pretty awful final boss that is built around the most frustrating parts of the shooter. A non-stop spawning of enemies, cheap hits from off-screen and unclear directions make the battle a total chore to complete. The boss encounters as a whole are underwhelming, but it’s unfortunate that the title ends with such a whimper.

Considering how short some of the levels can be, I wish there was more variety in how they played out. Each episode does have its own style, which is great. The difference in location really helps each portion stand out from the other. However, the levels all tend to follow similar patterns. There’s a lot of walking into a room, taking out some enemies, flipping a switch or two, then watching a wall drop and having to kill the enemies behind it. Wash, rinse, repeat. And I’m not saying Project Warlock needed to slip in some ill-fitting puzzles or anything. It just would have been nice if you couldn’t tell exactly what was going to happen as soon as you walked into a new room. 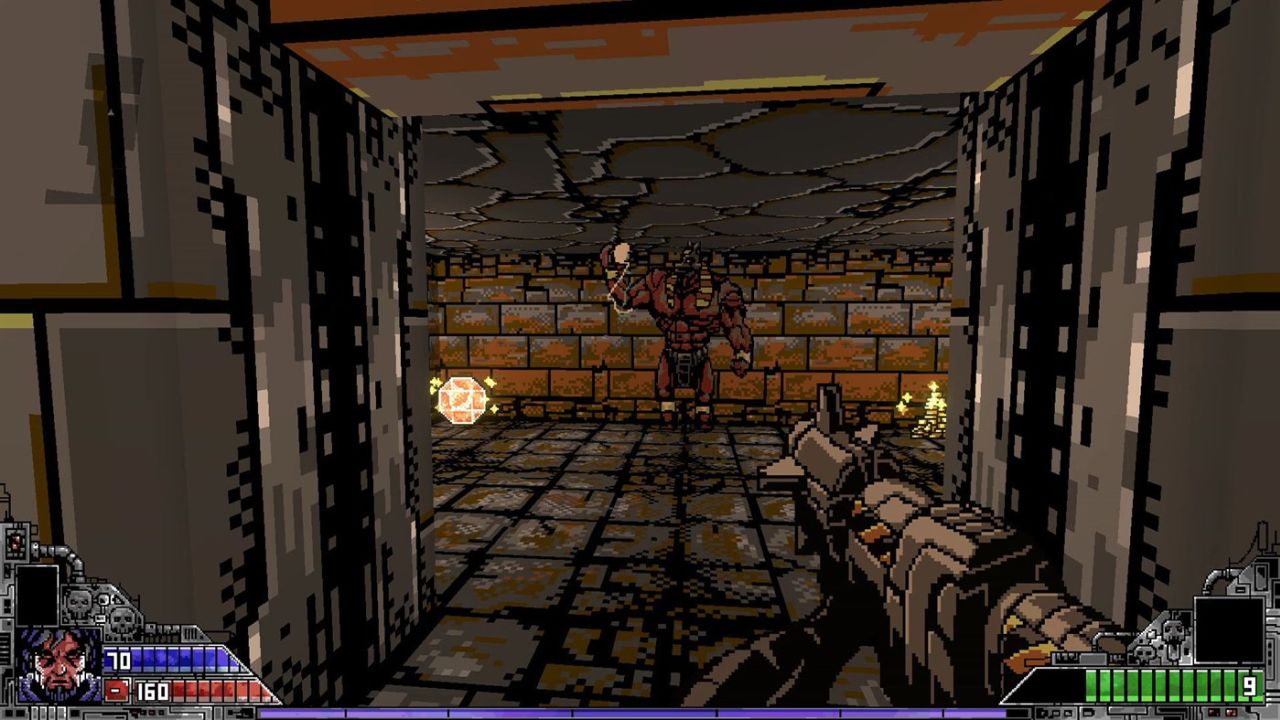 For creating the world of Project Warlock, developer Buckshot Software really went back to the past. Almost everything you come across in the game is depicted as a two-dimensional sprite. From the enemies you kill to the objects you acquire, it’s all flat from any direction you look at it. It can be tough to acclimate to at first, but you learn to appreciate it. Since everything has a simple design, more time was given to crafting unique monsters and interesting locales. The title is able to generate a grimy, hardcore appearance that feels both fresh and retro. The pulsating soundtrack helps as well. It reminds me of a less intense version of the Hotline Miami OST.

There is a plot to be found in Project Warlock, but I’ll give it as much coverage as the developer did. As the titular warlock, you are on a quest to vanquish the forces of evil across the different realms. As you grow more and more powerful, you eventually realize that in order to eliminate evil once and for all, you need to go to the source: Hell. There’s some interstitial text at the conclusion of each episode, but this is about as deep as the plot gets. I couldn’t even be roused to care about what little there was, but this game was clearly designed so that plot was not of high concern.

Considering the old-school appearance and design, I was disappointed in the amount of issues I had during my time with Project Warlock. I experienced frequent crashes during the campaign, with at least one happening per episode. It would typically happen when I stumbled upon a secret but depending on how far you are into a level, it can be a real pain. The shooter also struggles with displaying multiple enemies on-screen at one time. The action will completely slow down, which is a pretty big blow to the title’s gameplay. I’m not sure if this is Xbox One specific or not, but it was disheartening to deal with these repeated problems. 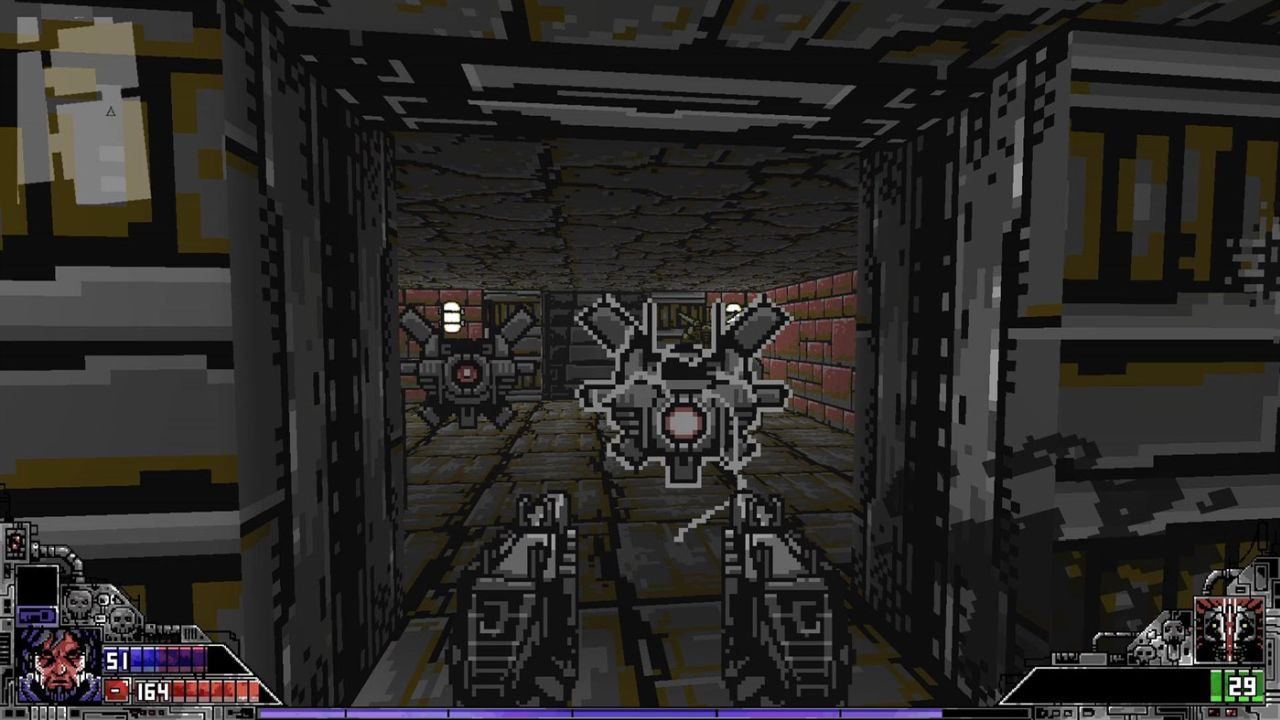 Project Warlock delivers on exactly what it sets out to. It’s an unapologetically old-school shooter that not only plays the part but looks it as well. The action is fast-paced and bloody, with a solid amount of variety in ways to approach the action. It does drag the longer you delve into it, and the boss battles could have been tweaked in order to be more enjoyable. Its low-intelligent thrills may not be for everyone, but for those looking for a trip down memory lane, a fresh option has arrived.

Our ratings for Project Warlock on Xbox One out of 100 (Ratings FAQ)
Presentation
74
A mishmash of gruesome designs, Project Warlock looks the part of a hell-bound shooter. The 2D visuals and blood pumping soundtrack perfectly suit the action on-screen. The only issue is that the last episode is lacking in the creative juice the others had.
Gameplay
75
Straight-forward old-school action. The title wears its inspirations on its sleeve, which means that shooting is all you need to worry about. The game does fall into predictable patterns the longer it goes, however.
Single Player
50
The campaign gets in and out in a solid amount of time, and even a lackluster final act can’t totally ruin things. However, whatever minuscule amount of plot is featured here is so non-essential and boring, you might forget it exists.
Multiplayer
NR
None
Performance
60
A handful of crashes were encountered throughout the campaign. The title also experiences some major slowdown during the more intense portions of the single player mode.
Overall
70
A real love it or hate it type title, Project Warlock will only appeal to a certain subsect of shooter fans. Those that like their action straightforward with no frills. Those that prefer the days where plot and visuals took a backseat to gameplay. The poor performance and lack of interesting narrative remain hard to overlook, though. 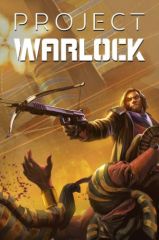 All videos for Project Warlock (1)
Advertisement ▼