Video games that use live action video are truly a rare breed. While they've had their brief time in the spotlight over two decades ago, it's a genre that often faced barriers due to its sometimes unconvincing partnership with interactivity and acting. And yet, the games live on, and we seem to get at least one or two new releases every few years. The latest entry in this genre is The Complex, a live action adventure that follows the story of a scientist caught in a conspiracy. While it earns some intrigue due to simply being a live-action production, the largely dull story, underwhelming performances, and shallow dialog prevent it from being an entertaining game or a worthwhile movie. 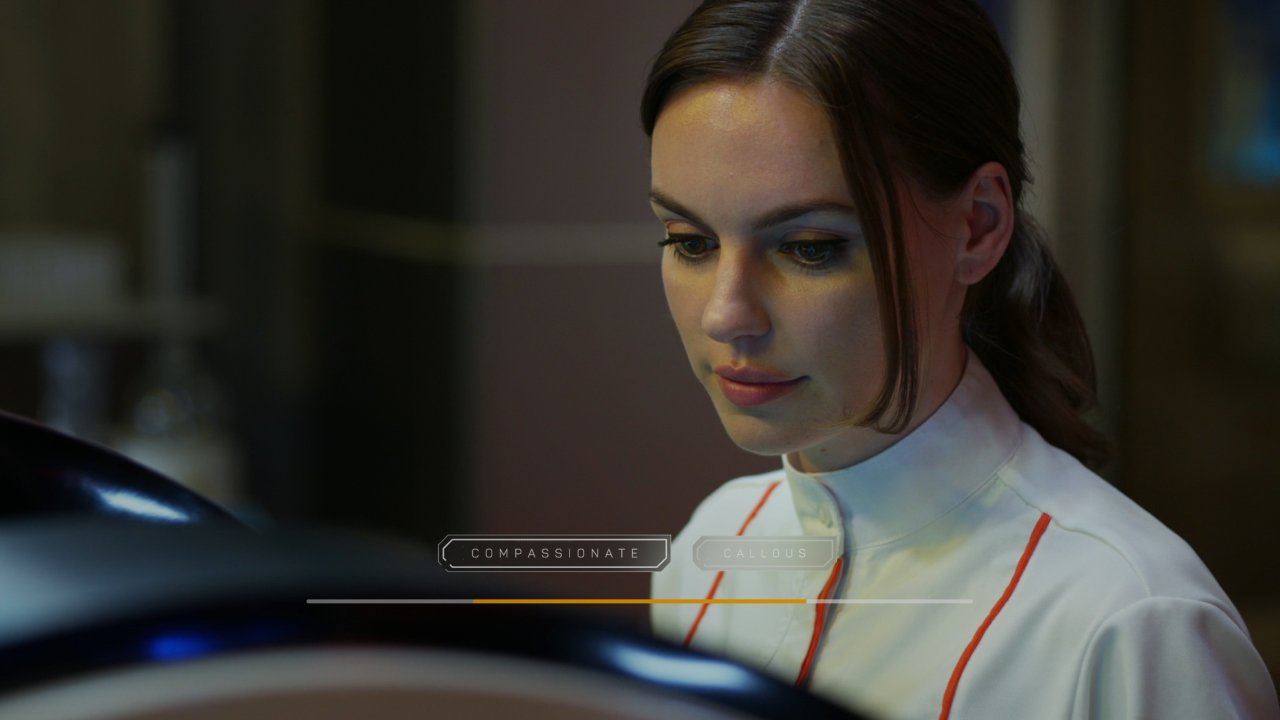 This sci-fi adventure follows Amy Tenant, played by Michelle Mylett, a lead scientist on nanocell technology. When one of the interns falls extremely ill, Amy rushes to the lab to find out that the intern had injected herself with the nanocells batch, which is not yet ready for human use. Amy's boss, played by Kate Dickie, is the head of the research corporation, and she begs Amy to extract the nanocells at the cost of the intern's life – as the nanocells would otherwise die with her. To complicate the situation, Amy's apparent old partner and potential love interest Rees, played by Al Weaver, is brought in to consult on this problem.

As Amy and Rees arrive at The Complex, which is the name of the underground secure research facility, things quickly begin to spiral. An inside job sabotages the lab, leaving the heroes in distress, while an armed group also begins storming the lab. Amy and Rees try to juggle the situation and try to find a way out, while caring for the sick intern, and avoiding pressure from the corporation to do their bidding.

The Complex has sound groundwork to be an engaging sci-fi story, but unfortunately it doesn't really reach its full potential. The narrative feels rather brief, and the game can be finished in well under 90 minutes. Pretty much the entire runtime takes place in the lab, which is a sterile and generic location and features just the one or two main rooms. Compared to other live-action games that try to at least introduce a few different sets, The Complex feels very limited. There are also some odd plot holes that make the setting even less believable. Where is the police in all of this? Why does this high-end facility have no security of its own, as everyone simply watches bandits making their way towards the inner lab? 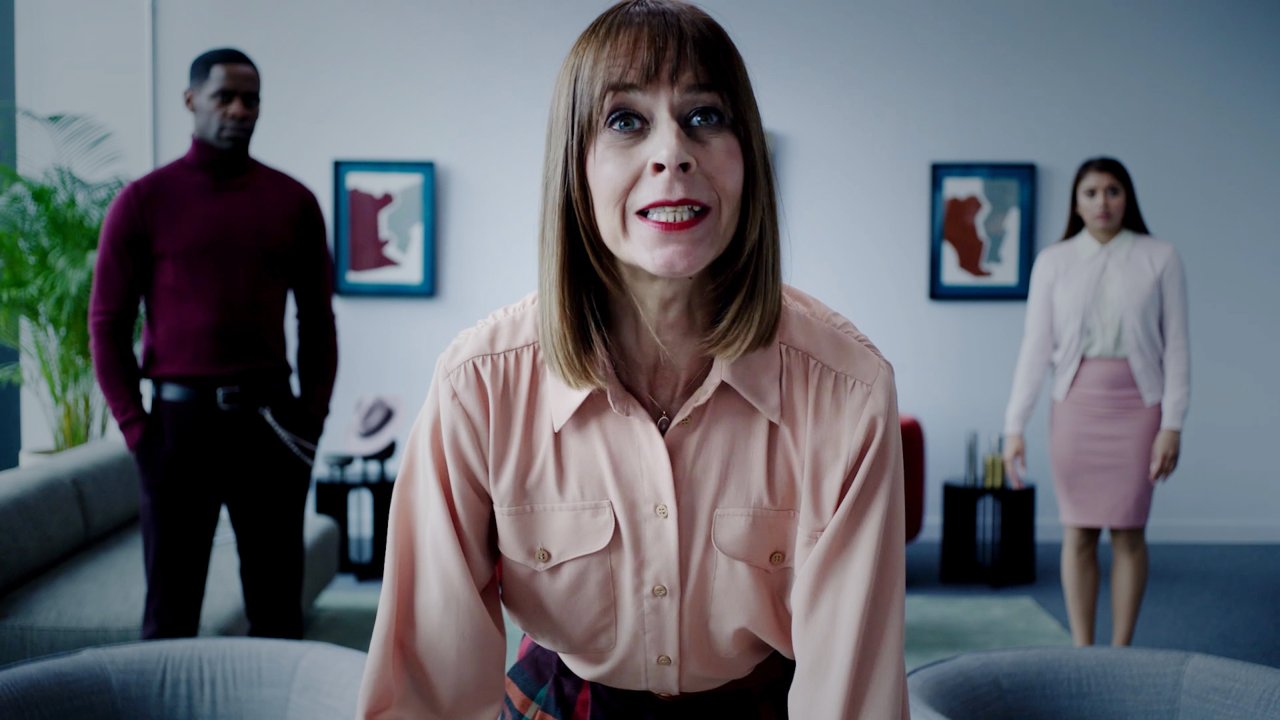 As a live-action game, instead of talking about animations or voice acting, we must address the characters and dialogue. Pretty much all of the actors do okay, but Amy is a bit disappointing because she shows very little range apart from one or two scenes. For the most part, almost all of the characters show very little emotion, considering the grave circumstances they are in. The dialog is equally shallow and straightforward, with very little chemistry between the actors. As a live-action film, this would be comparable to a very low budget Netflix production that very few people would even see, let alone enjoy. It's just bland and very rigid, and rarely immersive.

In order to expand the story and offer players some value for their money, this adventure game does feature 8 endings. As with most games in this genre, most of the critical choices are made in the second half of the adventure. This allows for some replay value and gives the characters more backstory, as you can learn more about them, particularly Amy, by seeing the additional endings. The game makes it very easy to replay – you can instantly skip any scenes you've already seen, making a replay last maybe 10 minutes. On the one hand, it's very nice not to have to sit through the whole thing again, but on the other hand it trivializes the story even further and makes it that much less immersive.

From the gameplay perspective, the only thing you'll be dong is making occasional choices. There is an option to turn off the timer so that you have more time to consider things. The actions vary depending on the situation – do you answer the call from HQ, do you help the intern or ignore her pleas, and so on. As with most similar games, you quickly realize that some choices don't matter as the story must go on, particularly in the beginning. Majority of the choices feature two options, sometimes expanding to three or more. While some games try to incorporate at least some additional mechanics, The Complex is a very simple experience. There's a stats screen that shows your relationship level with each character (which seems pointless), as well as how many endings you've seen and unique choices made. 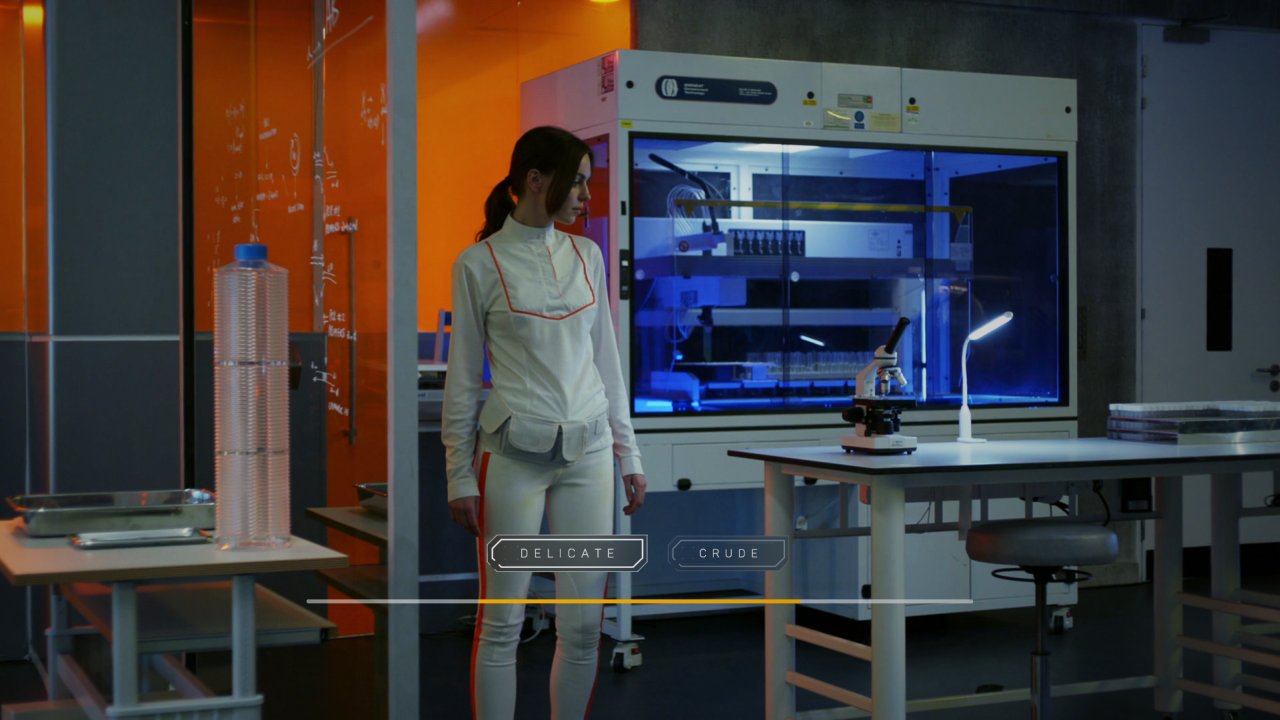 The Complex tries to make up for its shortcomings by using the sheer fact that it's a live-action game, which is a rare breed. It's also decently priced for the few hours of potential entertainment you'd get out of it. While the production values are good enough, the acting and writing is very average, and the narrative feels quite constricted. Playing through it just once would not be a very satisfying movie, but thankfully there are a few endings – some more exciting than others – that add replay value and expand on the characters a little bit more. Still, it's a very straightforward choice simulator that just happens to stitch video clips together. It may entertain some, but it hardly helps to elevate the genre.

Our ratings for The Complex on PlayStation 4 out of 100 (Ratings FAQ)
Presentation
60
This is a live-action game on a budget, so don't expect many effects, many characters, or many different locations. It's decently shot, but the acting leaves a lot to be desired.
Gameplay
50
The only thing you'll do is make choices via a menu. Seeing a few different endings doesn't take much time, which is both a welcome option, but also lessens the experience. On-par with what you can expect in this genre.
Single Player
50
The story has an interesting concept, but it is far too narrow in scope to bring it to life. The dialogue is static, and besides one or two scenes, the game rarely feels engaging.
Multiplayer
NR
None
Performance
90
The game loads quickly and skipping previously seen content is instant.
Overall
55
The Complex is a run-of-the-mill live action adventure game, in a genre that can't really afford to phone it in. The decent price tag makes it at least a bit endearing for the curious, but fans will find The Complex to be an underwhelming movie and a forgettable game. 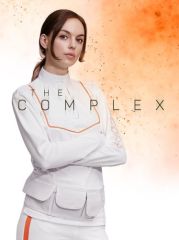 The Complex
10 images added 291 days ago