An engaging twist on two genres

After years of Sudoku dominating the scene, I'm glad to see that Picross has begun to gain more of a footing. The two kinds of puzzles share similar DNA, but the difference is that Picross is about creating a picture, not just placing numbers on a line. One of the interesting things about the increased popularity of the genre has been the way developers have crafted unique titles around it. Picross 3D took it to another dimension, while PictoQuest used it to create a fun RPG. Murder By Numbers plays it safe when it comes to the puzzles, but borrows from visual novels to deliver a fun take on both genres. 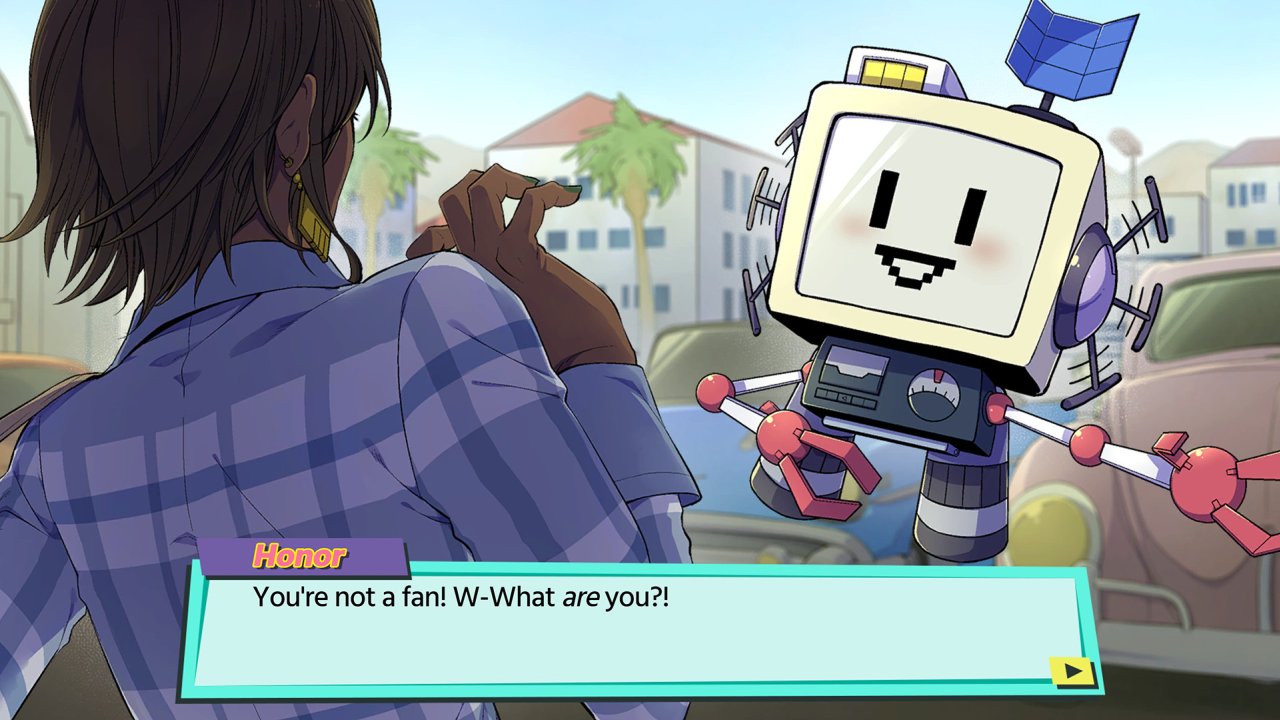 Life couldn't be much worse for Honor Mizrahi, protagonist of Murder By Numbers. She just recently got divorced from a real jerk of an ex, and while she has moved into a new place, she still hasn't managed to unpack anything. On top of all that, she was just let go from the hit TV series she had a featured role on. When it rains, it pours, though, as Honor soon finds herself embroiled in a murder mystery. Thankfully, she's not entirely alone, as SCOUT, an amnesiac robot that woke up in the trash, has tracked down Honor thinking she was an actual detective. Although she may not be a real PI, the two decide to help each other out regardless. Together, the unlikely duo will need to piece together the mystery, while also trying to figure out just why exactly SCOUT ended up in that dump.

While the murder on the TV set begins the adventure, Honor and SCOUT eventually develop a knack for solving crime. This is a concern to not only her friends and family, but also Detective Cross who is weary of the duo messing around at crime scenes. Sticking their noses into everyone's business also does little to endear the duo to the various characters that circle each mystery. The world of 1996 Los Angeles is filled with interesting faces. It's a shame that you constantly need to get on their bad sides, though.

Despite the unfortunate subject matter, Murder By Numbers often keeps the plot pretty light. The suspects and witnesses involved in each crime are all brimming with personality. This makes either eventually busting them or getting them off the hook that much more enjoyable. Of course, it's the bond and characterization of Hope and SCOUT that drives everything forward. They each have their own troubles to overcome, and how they work together is a major source of fun. My only issue with the plotting is that a few of the more enjoyable side characters disappear over time, despite being a big part of Hope's personal life. They get glossed over until an end credits montage that shows where they ended up. It would have been nice to either have them pop up again, or at least show us in greater detail how they ended up where they did. 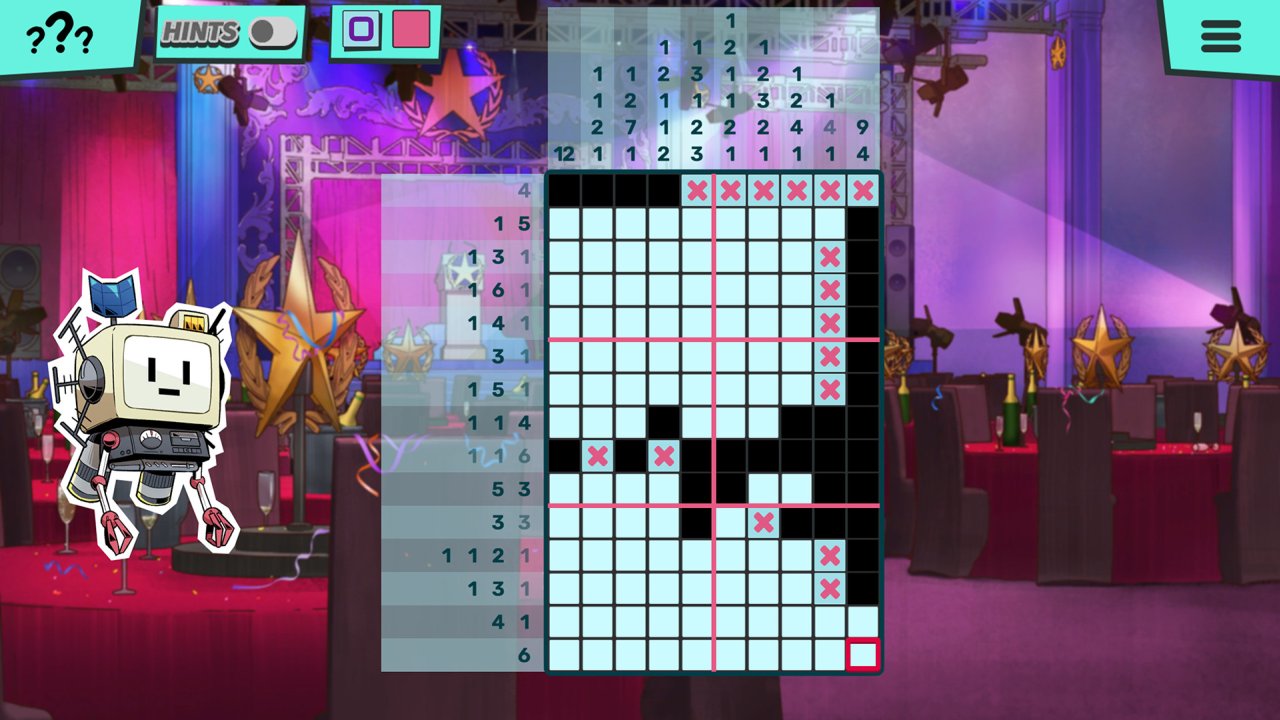 The Picross puzzles make up a vast majority of the content found in Murder By Numbers. Although SCOUT is highly advanced tech for his time, he was damaged prior to being left in the dump. He can see objects but cannot immediately recognize them. In order to help him add a new artifact to his database, you'll first need to uncover it via nonogram. This is how the crime-solving duo will discover evidence, and ultimately, be able to solve the mystery.

Puzzles start off fairly easily, with most of the early ones either being on a 5x5 or 10x10 grid. If you're a fan of them, these beginning tasks are almost too easy. I was able to breeze right through them with little to no trouble. As you move onto to the later cases, though, the challenge gradually ramps up. Most of the puzzles are now 15x15 grids, and are short on helpful entry points. You'll need to put on your thinking cap just to be able to figure out where to begin. The game is pretty forgiving, though, as you don't get hit with any penalties for misplacing a tile. The only time you get penalized is if you choose to get help. You can either have the game fill in five random squares, or get a check on what you have done so far. These only effect the score you get for completing a puzzle. However, if you continually have to get help, the letter grade you receive at the end of each case will be lower. Getting higher grades means unlocking additional side puzzles, so it's important not to be too reliant on outside assistance.

When you're not solving puzzles, you'll instead be solving crimes. As a very loose take on the investigation segments of Phoenix Wright, Honor and SCOUT will interview suspects, discover clues and figure out new leads. The cases on deck all involve someone being murdered, but they feel distinct. One case has a pompous talk show host dying at his own award ceremony, while another has a victim getting run down by a truck with a giant stiletto on top. As you may expect from 1990's Hollywood, the cast of characters you meet are more strange than not. 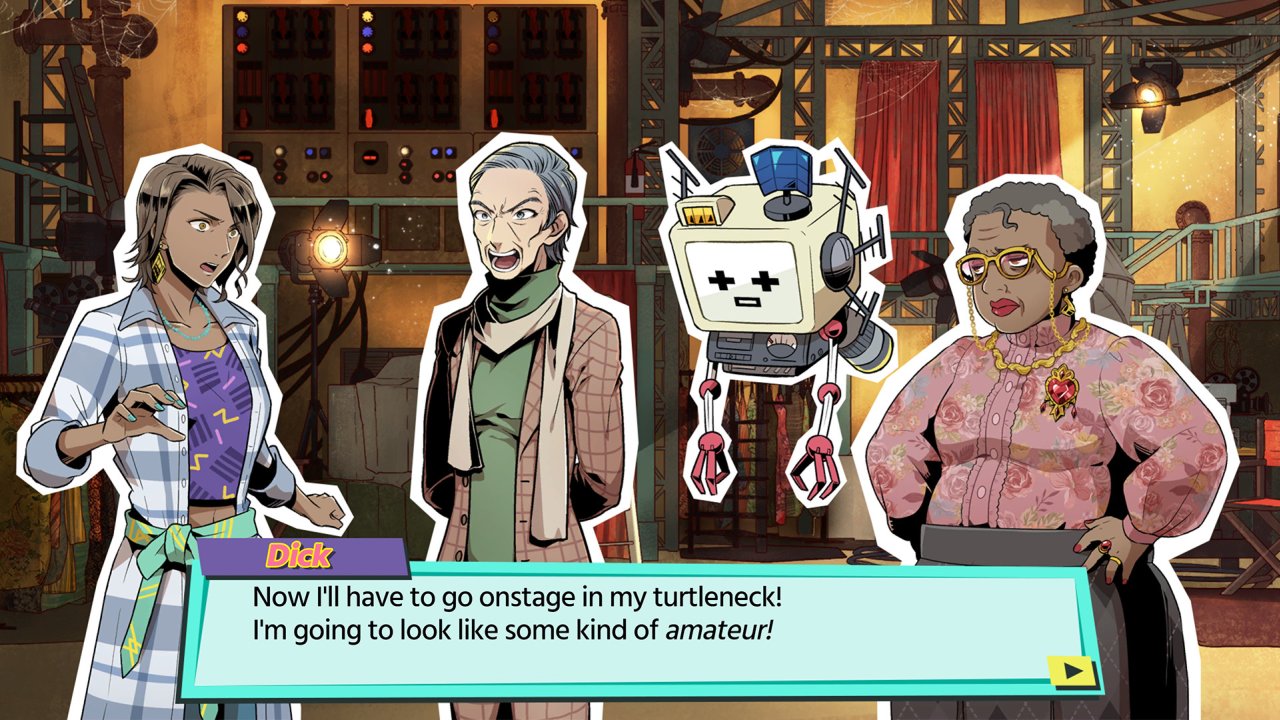 Much like with the puzzles, there's no real punishment for making a wrong guess during these segments. If you confront someone with bad evidence or make a guess that is clearly off, you'll be slightly reprimanded. You can then just immediately follow it up with the correct guess. If you come into this expecting difficult cases to crack, you'll probably end up disappointed. The cases are designed more for fleshing out the main cast, while also giving you a funny story to take in. I wish there were greater stakes to the adventure, but I understand that that's not what Mediatonic was going for.

Outside of the lack of stakes, my only real concerns with Murder By Numbers are quality of life based. A faster way of clearing the grid once you recognize you messed up would help cut down on the time you can spend with each puzzle. A better way to seek out puzzles you may have missed in the main cases or improve your score on ones you did complete would have been nice too. As of right now, the only way for you to do so is to replay each case in its entirety. These may seem like minor issues, but they can cause some major headaches.

Mediatonic takes full advantage of the 1990's setting when it comes to the character designs. The outfits are era-appropriate, which means loud colors and unconventional patterns. As a child of that decade, any art that takes advantage of the period always holds a special place in my heart. The electronic soundtrack is equally as excellent. Composed by Masakazu Sugimori, the bubbly tunes are total earworms. Despite getting stuck on several puzzles, I never got sick of the tracks backing them. 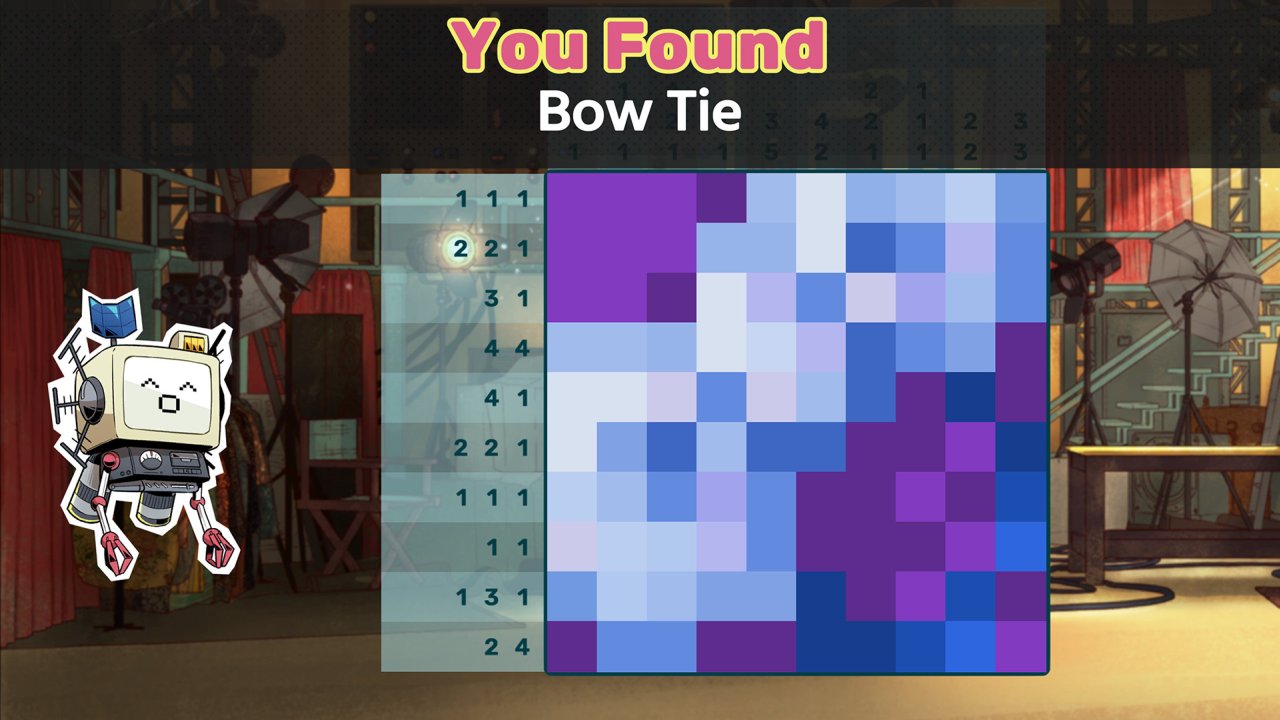 Murder By Numbers takes two great genres, and manages to smash them together into a delightful concoction. The picross puzzles are perfect for both beginners and vets, as they start off slow, but ramp up in difficulty. It's an excellent way for the uninitiated to get a taste of the genre. The murder mysteries that surround these puzzles may not be a challenge, but they are thoroughly entertaining. The characterization is delightful, and the plot is consistently humorous and enjoyable. There may be better examples of picross out there, but Mediatonic managed to deliver their own spin on it.

Our ratings for Murder by Numbers on PC out of 100 (Ratings FAQ)
Presentation
81
Murder By Numbers may lack animated cutscenes, but the character designs are expressive and well-designed. The soundtrack is bright and vibrant, although there doesn't appear to be too great a variety.
Gameplay
78
The title is lacking in some necessary quality of life features, but the picross puzzles are brilliantly designed. The murder mystery portion of the game could have used a little more edge, but it's a solid enough visual novel.
Single Player
82
Humorous and personable, the story of Murder By Numbers is a fun ride throughout. Again, the lack of stakes kind of dulls the more intense moments, but it's still a fun ride.
Multiplayer
NR
None
Performance
90
No performance issues to be found on the Windows PC version of the title.
Overall
82
Murder By Numbers is a satisfying adventure that will delight any fan of Picross. The visual novel aspect gives the game a unique angle for the genre, and the personable art design leaves a great impression. If you're looking for a way to test the waters on Picross, this is a great way to do so. 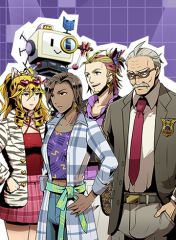