Not worth investing any amount of time into

Ego Protocol: Remastered is what happens when a Lemming collides with a Rubik's Cube, only without any of the endearing ingenuity those products provide. Whilst the concept itself is interesting, its overall execution leaves a lot to be desired, which is somewhat baffling for a game with “Remastered” in the title. 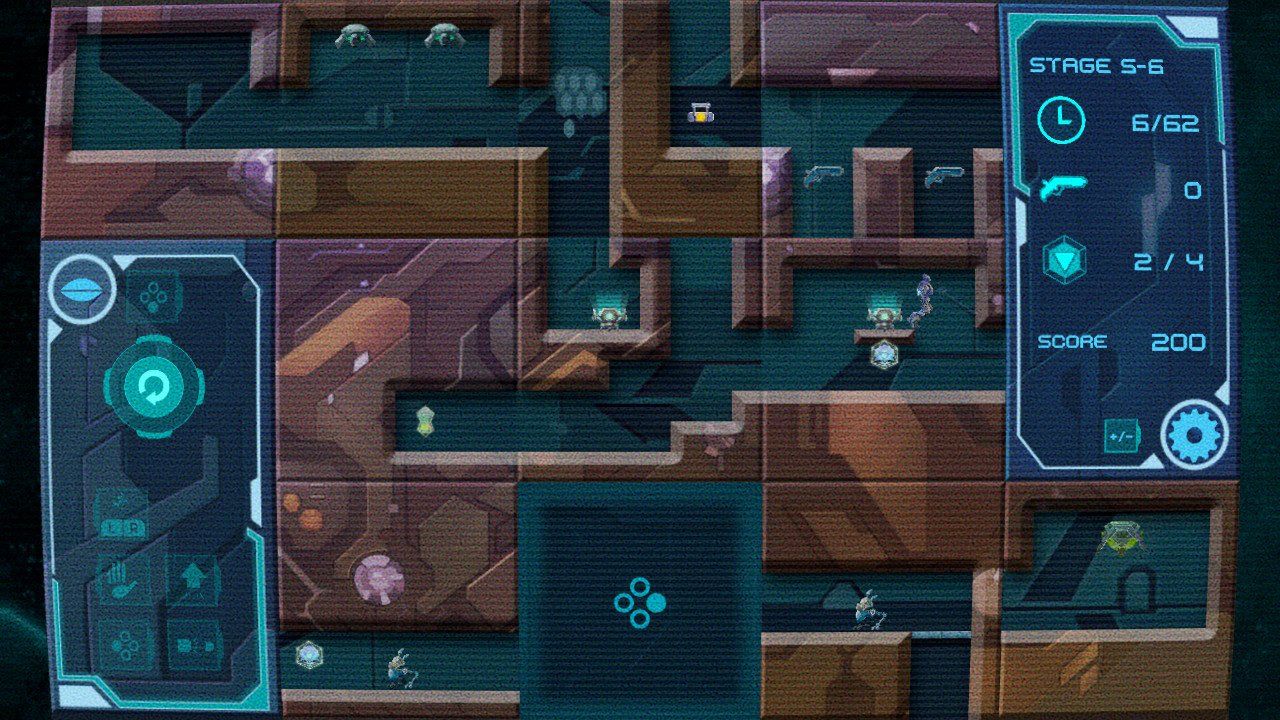 The moment you boot up Ego Protocol, you get the sense that things are not quite right. Indulging in the tutorial results in an overwhelming bombardment of seemingly endless mechanics and gimmicks. Every aspect of the game is covered in its own little segment, which certainly makes this one of the most robust teaching tools I have come across. However it is also one of the most ponderous. The tutorials do not automatically follow on from each other, resulting in countless loading screens. Each lesson is incredibly short to boot, making the whole process a frustrating, and tiring, introduction to the game.

Once you complete, or get bored of, Ego Protocol’s school-like prison, you can venture into the main game. Each level tasks you with escorting a mostly mindless robot to an exit by utilizing the game’s main selling point - stage manipulation. Similar to the aforementioned 90’s cuboid, each level presents you with a series of malleable square rooms. You can move each stage segment up, down, left or right and doing so will alter the path your robotic minion will take. Each room will contain a different layout, and finding the most efficient way to get from point A, to point B, is the name of the game. At first, solutions are fairly simple, but as you progress, the difficulty does begin to ramp up, albeit at a fairly steady pace.

When you are not clicking your ideal route into place, you will be asserting your dominance over your robot’s basic functions. This boils down to using a number of abilities to overcome the various obstacles and challenges each room presents. These commands are quite basic, and include walking at a brisker pace, jumping or firing a weapon. This is all solid stuff on paper, as you have to not only time you stage molding, but also micromanage your robo-pal to ensure his artificial life is not brought to an abrupt end. 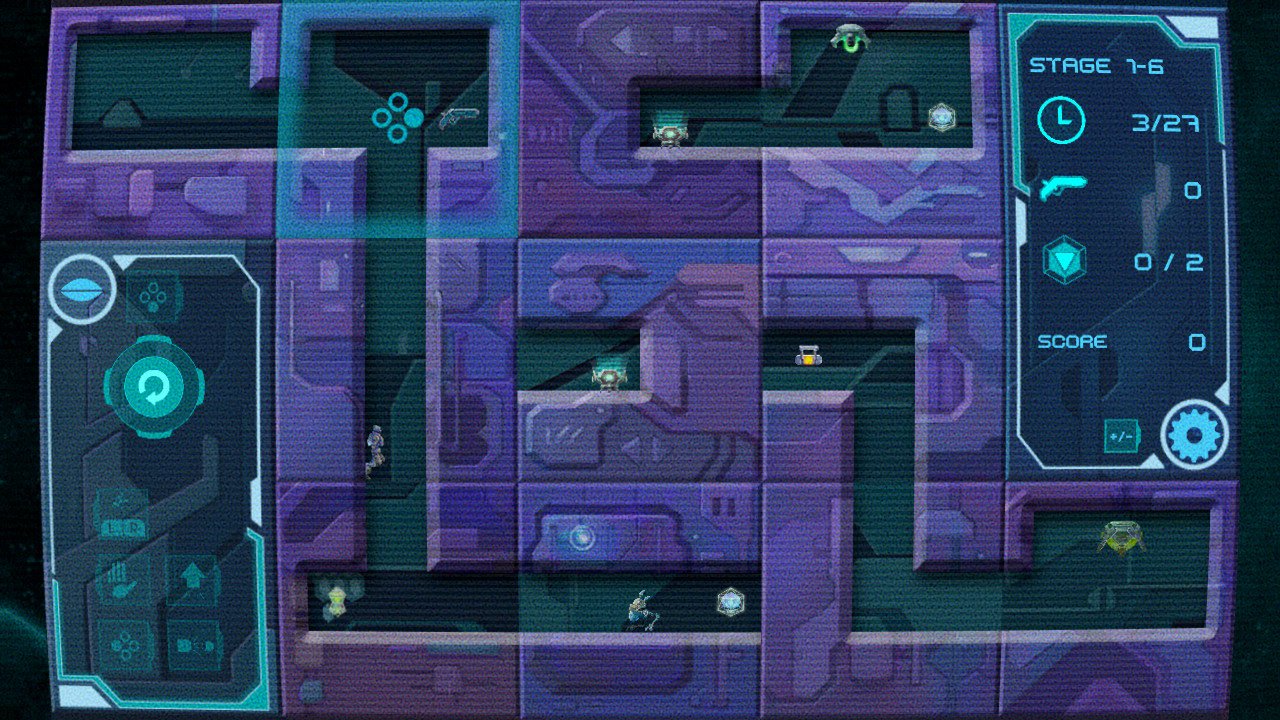 In an attempt to add a bit of replay value to each stage, you are given additional challenges to complete. These include a time limit, actually getting to the end of a stage and the successful reclamation of every collectible. Unfortunately they don’t do enough to encourage a repeat playthrough. This is mostly due to the game failing to really capture your attention in the first place, especially after you have completed a handful of stages. Repetition sets in at an alarming rate, making finishing the game’s 60 levels feel like a monumental task, let alone achieving a coveted 100% completion rate. This effectively removes any and all incentive to play the game at all, as the sense of accomplishment is marred by an almost immediate feeling of boredom.

Issues really start to take root up once you realize the controls are not up to the task of completing complex, multi-part mind-benders. Your cybernetic companion’s actions are exclusively context sensitive, adding an unnecessary layer of confusion as to what your sidekick can actually do, at any given time. Things get worse when you factor in a very noticeable delay between input and execution. It just feels clunky and generally unpleasant. Things get worse when you consider those same issues are present when you are trying to alter a stage’s layout. It’s like the whole game is struggling to move, almost as if it's been bathing in an especially unpleasant swamp.

Despite the five decades of menu refinement, Ego Protocol decides to reinvent the wheel with a truly baffling set of navigational tools. Instead of logically selecting what you want to do when interacting with said menus, each option is assigned a unique button for reasons unknown. Whilst this does border on nit-picky, when you consider the game’s already finicky controls, it just adds that final nail to the proverbial coffin really. 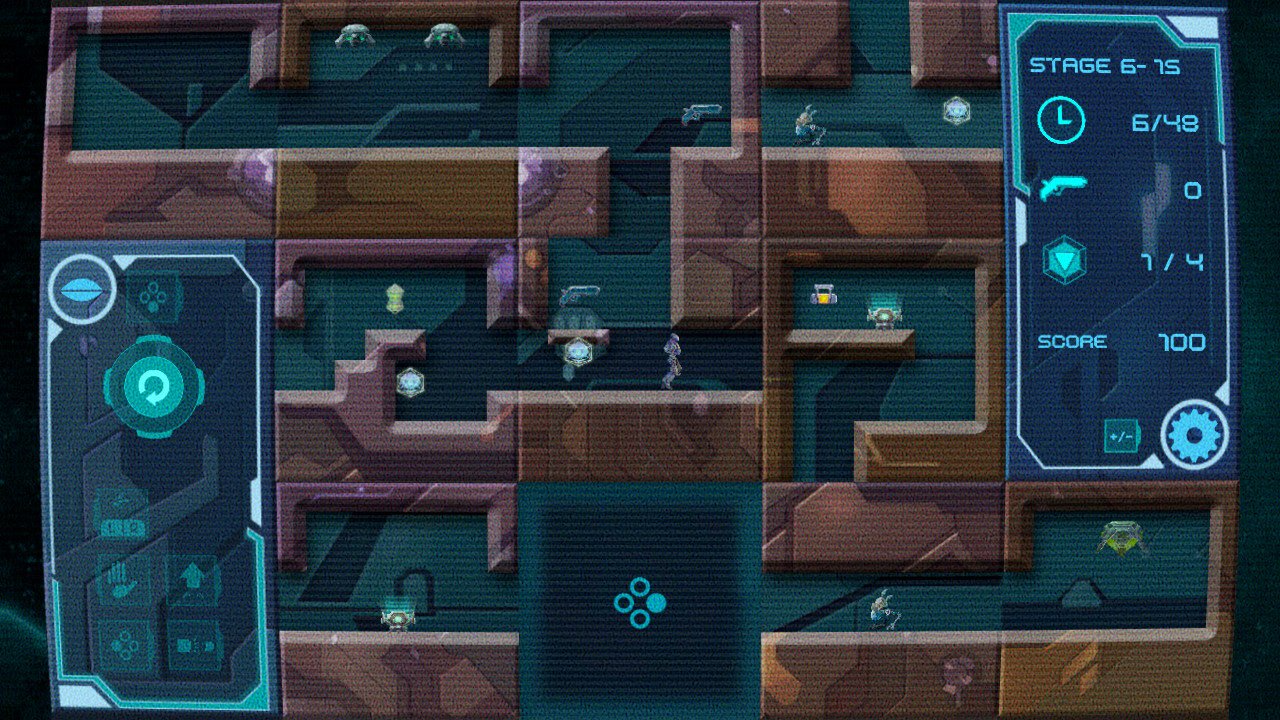 In what appears to be an attempt to resolve these issues, the game supports touch controls when in handheld mode. This addition has been half-heartedly designed however, as despite the large, accommodating UI, you can only alter the stage, not control your robot. As a result, you are forced to change your grip constantly, exacerbating the whole situation. I am all for being given additional options when it comes to controls, especially if those controls utilize the Switch’s unique features, but they have to at least be implemented in a less haphazard kind of way.

Things don’t get much better in terms of presentation either, as Ego Protocol is downright ugly. Over the course of its 60 levels, it fails to muster any graphical flair, or deliver anything even remotely resembling fidelity. Textures are low poly, character models are generic at best, and animations are lacking across the board. The sound department doesn’t manage to impress either, with a forgettably repetitive soundtrack and bottom of the barrel sound effects.

Ego Protocol: Remastered is simply an unpolished, unappealing slog of a game that genuinely makes me wonder how defective the pre-remastered iteration of the game was. Whatever eyebrow it managed to raise, is quickly lowered until it is nothing but a scowl of disappointment and boredom. Even if the controls were more cooperative, the underlying gameplay is not worth investing any amount of time into. Give this one a miss.

Our ratings for Ego Protocol: Remastered on Switch out of 100 (Ratings FAQ)
Presentation
50
The game is far from being considered a looker. Everything from animations to overall fidelity leaves a lot to be desired. It’s generic, at best.
Gameplay
50
There is certainly a fair amount of content on offer here, it’s just not worth playing any of it.
Single Player
50
Despite having 60 levels and multiple challenges, the game becomes stagnant at an alarming rate.
Multiplayer
NR
None
Performance
50
The game maintains a solid frame rate throughout, however there is noticeable input delay which makes interacting with the game unpleasant.
Overall
50
Ego Protocol: Remastered is competent, only in the sense that it works. Outside of that, the game is an uninteresting test of your ability to endure apathy. 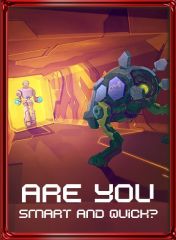