ONE PUNCH MAN: A HERO NOBODY KNOWS
Platform: Xbox One
60
SummaryNewsArticlesVideoScreens

One Punch Man: A Hero Nobody Knows Review

Fighting games typically stick to established franchises or brands. From Mortal Kombat and Street Fighter to Tekken, fans of the melee combat genre are well versed in their options. But there are also alternatives that focus on a brand; case and point, the Dragon Ball Z and other anime franchises that have produced various fighting games over the years, from different developers and publishers. The latest such title is One Punch Man: A Hero Nobody Knows, a 3D fighting game that follows the anime of the similar name. 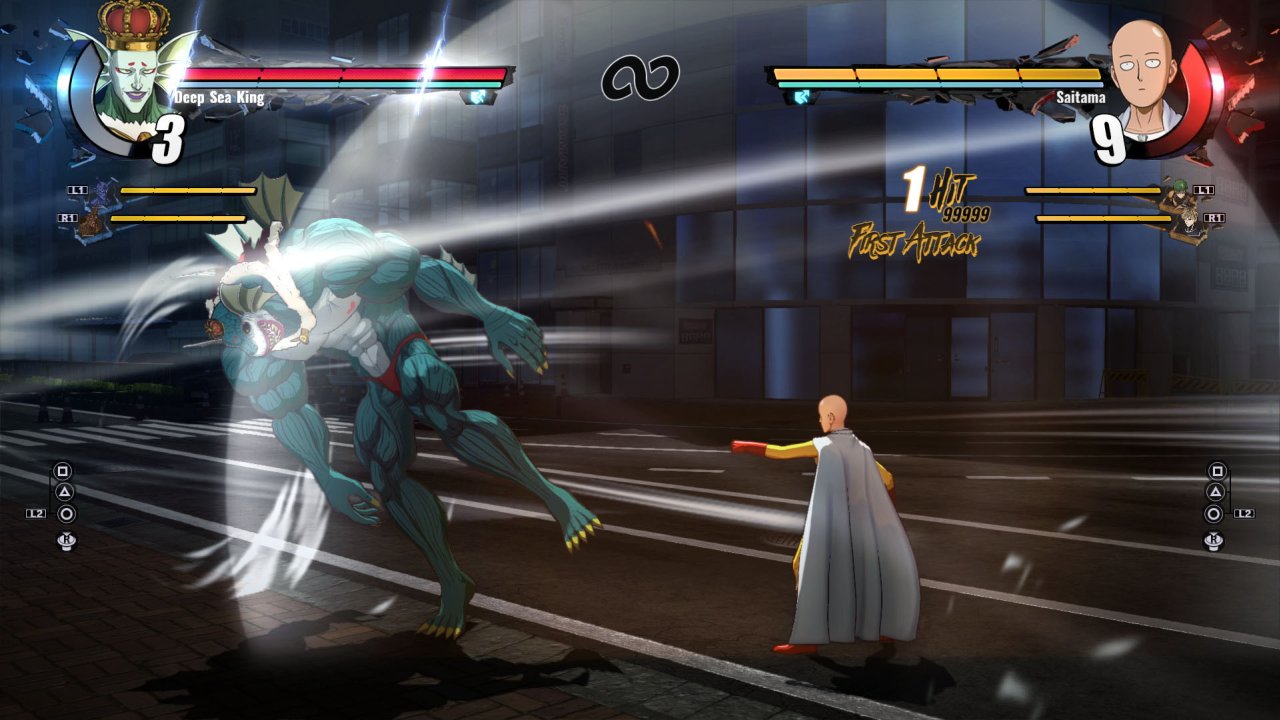 For fans unfamiliar with this world or its characters, the game lacks any comprehensive introductions. You create a custom hero that will appear in the game's career mode, and can customize them with visual flair and costumes. You join the Hero Association as a rookie, hoping to make your way through the ranks and become a force of good in a world where civilians need your help against various monsters and villains. You meet Saitama early on – the hero of the anime, and the man whose main strength is being able to knock out all enemies with a single punch. Overpowered, indeed.

The story campaign has you venture out and have various battles, meet characters from the anime, and follow the story of the Hero Association Saga from the show. According to the developers, the game attempts to follow the first season of the show. That last bit had to be looked up, because it’s honestly confusing to try and understand the story without being familiar with the anime. Fans might enjoy seeing these adventures and being able to participate in the key fights, but for newcomers the game doesn't do a good job of explaining things.

With your custom hero, over the course of the game you work your way through the Hero Association and rank up by doing quests. A number of story and optional missions are typically available, and they provide a clear outline of the strength of enemies you'll face, and the rewards. Rewards include ranking, money, special items, and even more bonuses for performing optional tasks like finishing the match with lots of HP. 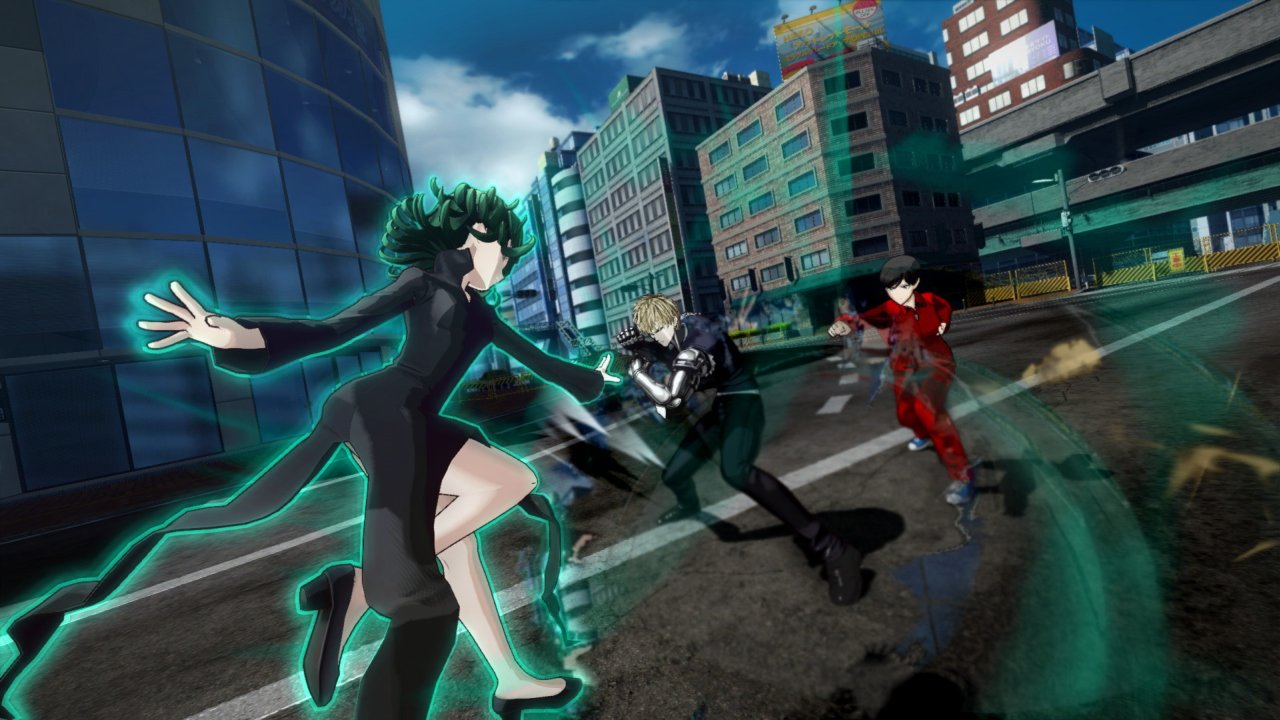 The melee fighting itself is fairly typical, and similar to what you'd find in other 3D fighters. You are facing off against a foe in a 3D arena, where you can shuffle around, but the action remains fairly grounded. The controls include the typical basic attacks, dash, strong attack, combos, charges and throws, and of course defending. Fighting feels decently satisfying, but the focus is more on spectacle than precision, though not to the extreme extent of the Dragon Ball Z games. You've got health and a stamina meter to manage, and can also use so-called Killer moves that deal plenty of damage.

As with any fighting game, most of the campaign battles have you facing off against whatever character or goon the mission pits against you. This is a tag-team fighter, so you bring two other characters with you, letting you swap out. You can play as Bang, Genos, Vaccine Man, Boros, and others. As mentioned, the show's main hero can literally knock people out with a single hit, which would not work well for balance, so instead if you have Saitama on your team, there is a special timer that you must wait out as he travels to the scene of the battle. 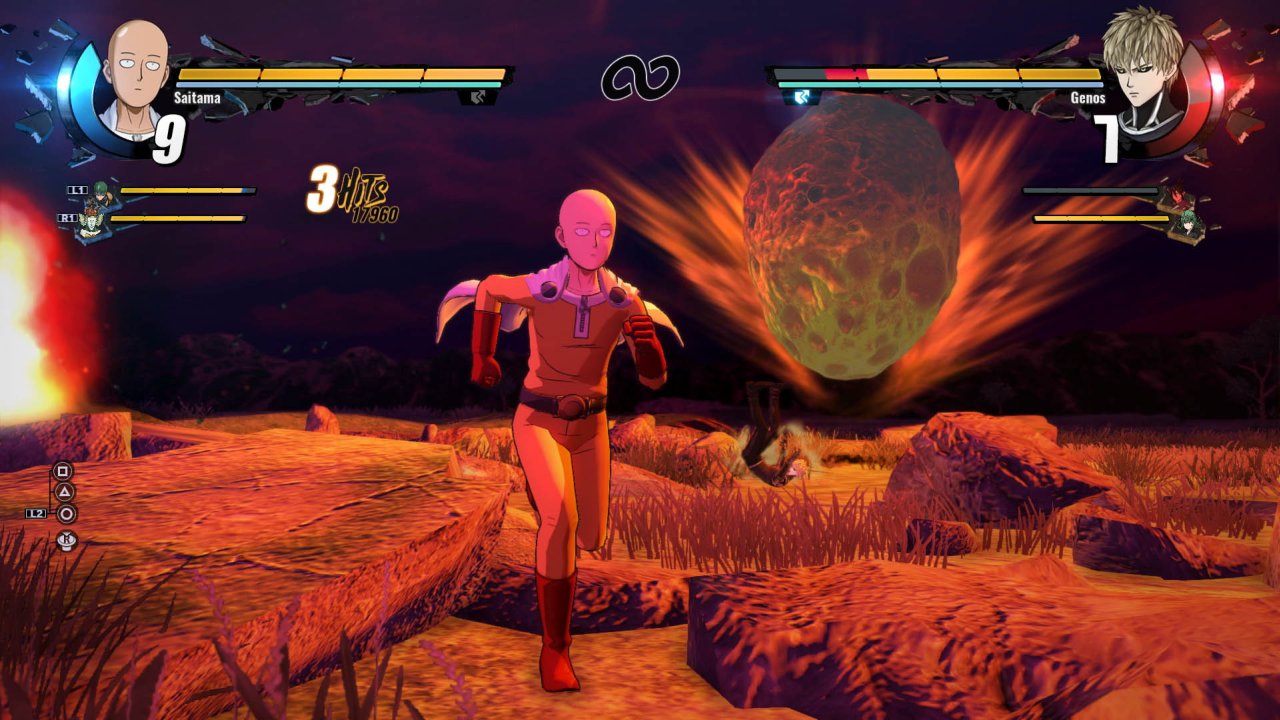 A Hero Nobody Knows tries to differentiate itself outside of battle. Players have a small hub area inside a city to run around in, where you can do a few basic interactions like chatting with NPCs, or visiting buildings to access customization or upgrade menus. You will get new visual customization items, but more importantly you will unlock new moves. Your hero has an overall experience level, but also a Battle Type level. Raising your experience unlocks new moves, which you can equip as Killer Moves, according to your button combo preferences. You can equip three Killer Moves, and one Super Killer Move. This helps the game have a sense of gameplay variety, which not all fighting games offer. Further, there is also an RPG system that lets you spend growth points on HP, attack, technique, and other attributes. What all of this means is that while the game offers character flexibility, you might find yourself outmatched in story missions, and need to grind optional battles against grunts to get experience and skill points you need to elevate your character.

All said and done, the campaign is only about 5-6 hours long, which seems okay for a fighting game, but perhaps is a tad short for a game based on a long running anime with plenty of potential content to dive into. Besides the story, players can access Training Mode and Multiplayer. To get access to all the characters though, you do have to play through the story first. Fighting against others is not particularly satisfying due to some lag issues. You also have the option to allow/disallow the use of Saitama, which affects the experience a fair bit. You might also encounter other players in the hub areas, where you can challenge them, or just emote.

The presentation is quite similar to most anime video game adaptations; that is to say, it’s decent, but certainly doesn't match the excellence of something like DBZ FighterZ. There’s little that excites about this world – the animations look OK, but most of the arenas are lacking in detail and the textures leave something to be desired. The audio is also rather drab – alongside the typical filler background music, the voice acting ranges wildly in quality, and you only get character voiceover during cutscenes, as the rest of the time you're reading text boxes. Even when you're offline, the framerate can be spotty, especially in the hub area. 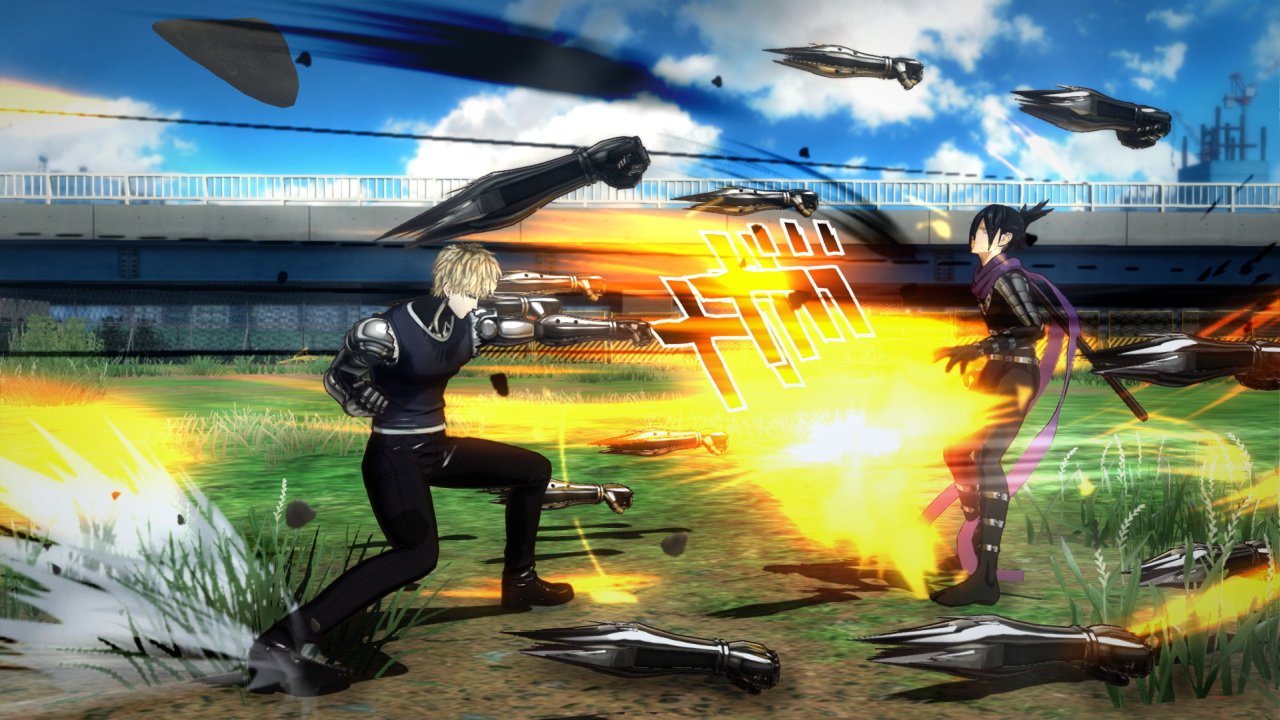 One-Punch Man: A Hero Nobody Knows was developed by Spike Chunsoft, the same company that created a similar Jump Force a year ago. So it perhaps makes sense that the two titles share some of the same problems and shortcomings. Both efforts try to turn an anime into a fighting video game, but lack an accessible story for newcomers, engaging combat systems, or satisfying progression. The content here is decent and will possibly satisfy fans of the anime, but with a full asking price, newcomers should be weary. Lackluster presentation and a few technical hiccups leave this latest fighting game without a knockout punch.

Our ratings for One Punch Man: A Hero Nobody Knows on Xbox One out of 100 (Ratings FAQ)
Presentation
60
Barebones visuals and effects, decent animations, and a shallow soundtrack.
Gameplay
65
A stock-standard anime fighting game that doesn’t feel particularly engaging.
Single Player
60
The game offers enough reasons to keep going, with its RPG elements and unlockable moves, but the action itself does get repetitive.
Multiplayer
60
Connectivity issues questionable balance
Performance
70
Some framerate issues
Overall
60
One-Punch Man: A Hero Nobody Knows may please some fans of the overpowered warrior, but the repetitive campaign missions, formulaic fighting mechanics, and underwhelming presentation will limit the appeal of this fighting game.

One Punch Man: A Hero Nobody Knows 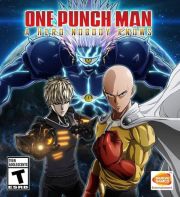 One Punch Man: A Hero Nobody Knows
7 images added 326 days ago