Missing the magic of its source material

Are licensed video games ever coming back? For those of you who are too young to remember, video games were seen as little more than toys back in the '90s (I'm old) and therefore, much in the same way there'd be a line of action figures and fast-food tie-ins for Jurassic Park, Independence Day, or Beetlejuice, there would be a video game. There are so many anecdotal "classic" examples of the licensed game, it's almost impossible to just pick one, but some standouts include DuckTales, The Lion King, and Aladdin. That's what The Dark Crystal: Age of Resistance Tactics feels like, one of those old games that kids were supposed to see after watching Batman Returns, recognize the heroes, take it home and then realize that they actually just bought a bog-standard action game that was coated in a layer of branding. These games weren't always capital "B" bad, as history has made them out to be, but they were relatively generic. They were platformers and beat ‘em ups not because it lent itself to the source material, but because it was easiest to churn out a game of that kind. 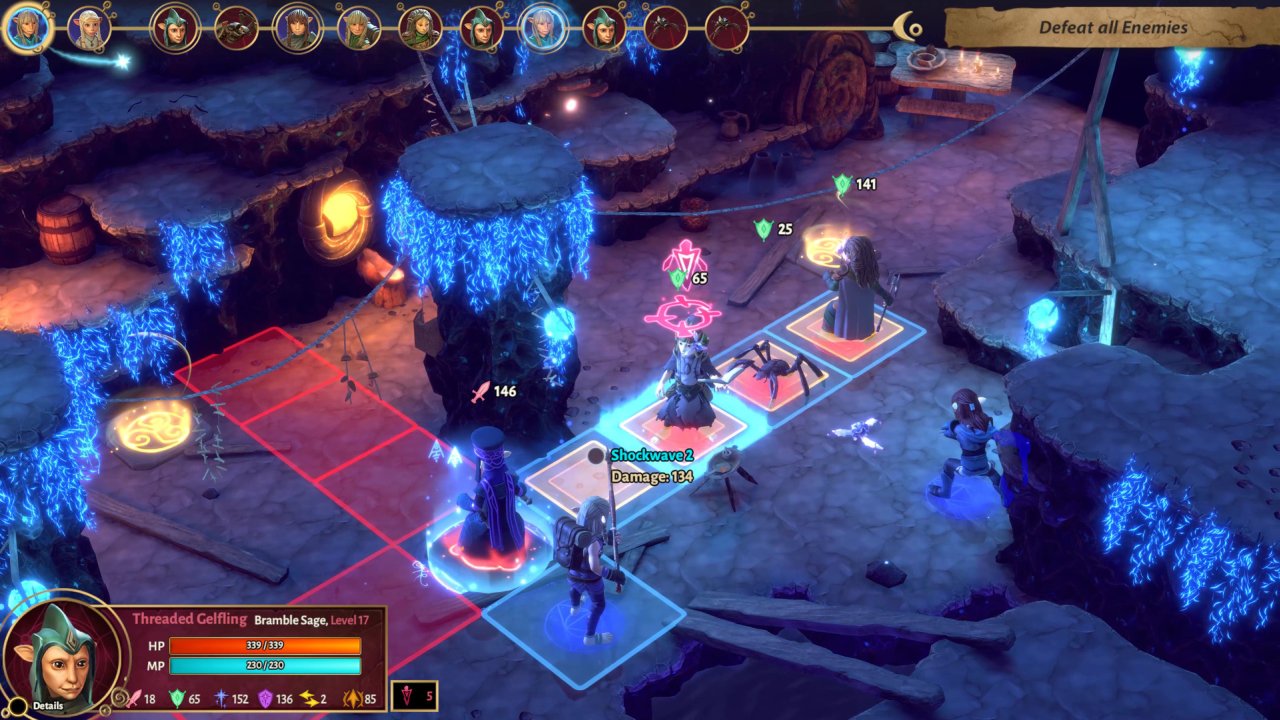 There's nothing in Age of Resistance Tactics that feels quintessentially "Dark Crystal". The animation doesn't have the weird, surreal puppetry as the characters move. The settings aren't crafted with the visual flair of the series. There are just a lot of largely repurposed names and phrases, shoe-horned into a strategy RPG - and a mediocre one. It would be worth indulging if you were simply looking for more stories in the world of the Dark Crystal, but the game is just covering much of the same material the show did.

The narrative is a little ad-hoc, pulling from specific moments, like Rian's escape from the castle or Brea's Podling cleaning, jumping around a bit more and telling things out of order. It's a little baffling as Age of Resistance Tactics is likely designed to appeal to fans of the show, so it's unclear why the game is just retelling the same story, but worse. The beats are all here, but the Netflix series is far better because the charm of the puppets and the technical acumen demonstrated in the direction. The Dark Crystal is really something that's more about visuals than story. So when Age of Resistance is hitting the same plot points but without the aesthetic around them, it can't help but feel like something is missing. There's no charm, no creativity, just the barebones effort to officially tie this to the series.

So you have to hope for a solid strategy RPG, and this is only passable. Navigating the menus and maps feels a little clumsy with a controller, but it's never a problem because the mechanics are pretty limited. This is a small game and while there are some customizable options, it still feels quite simple. Battles begin with you assigning characters to start on designated tiles. Each battle has some prerequisites, such as specific characters you have to use and where they start, or certain win conditions, but you can usually add a few characters of your own choosing. 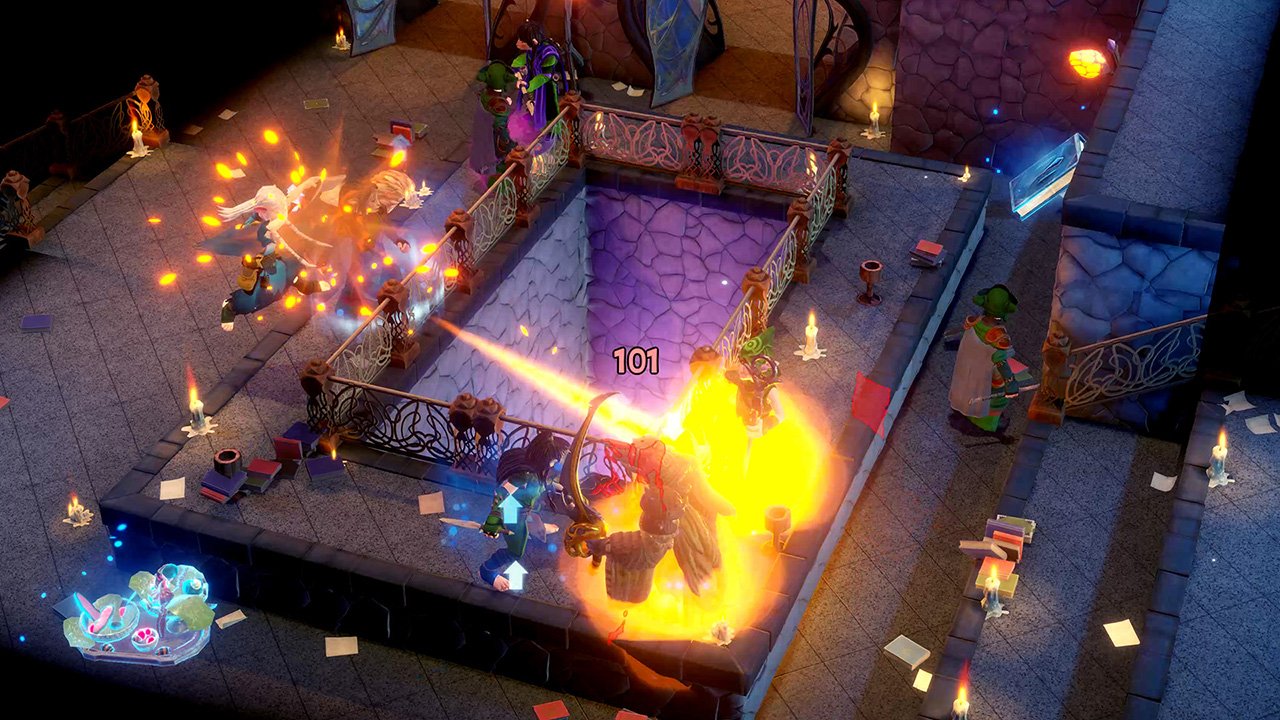 Once the battle begins, the action follows a turn order located at the top of the screen. On your turn, you can move characters and then have them take one of several actions, depending on what skills they have. Every character has a basic attack, but the other actions will take magic points and can be used to help allies or hinder enemies. There's all the standard stuff - raise or lower damage or movement speed, heal allies, stun enemies or knock them back - you know the drill. You and the enemy take turns until you've lost or achieved the win conditions.

After you've completed the mission, more missions will open up on an overworld map. You'll also get items, characters, and currency that can be spent on buying items. Characters level up, allowing them new abilities and are assigned jobs (classes) that determine which abilities they can use. The three jobs are mender, scout, and soldier. You can equip them with different weapons, armor, and trinkets that can help boost their stats. The items and abilities feel limited, so there's not a ton of customization available. It also isn't balanced, as I found myself dominating some fights and frustrated with others, but as you can tell the mechanics of the game are so vanilla, there's not much to really dig into. It's competently designed, but it all plays out as expected, rarely throwing any curveballs.

The same holds true for how the game looks and sounds. The highlight of the art design are the comic-like panels that are used for cut-scenes, but the way the gelflings, skeksis, and other creatures are animated feels inauthentic. The game looks more like a Trine strategy game than The Dark Crystal; the character models and environments feel generic. Yes, they clearly look like the puppets in the show and they mostly resemble the characters, but there's little to make it stand out from better strategy games.

The best part of the game is the music, as the sweeping themes and jaunty fight tracks are fun to listen to. I couldn't tell if it was music from the show or original, but it suits the game well. Each map has the same battle music, so it can get repetitive, but it's still what sticks with me the most. 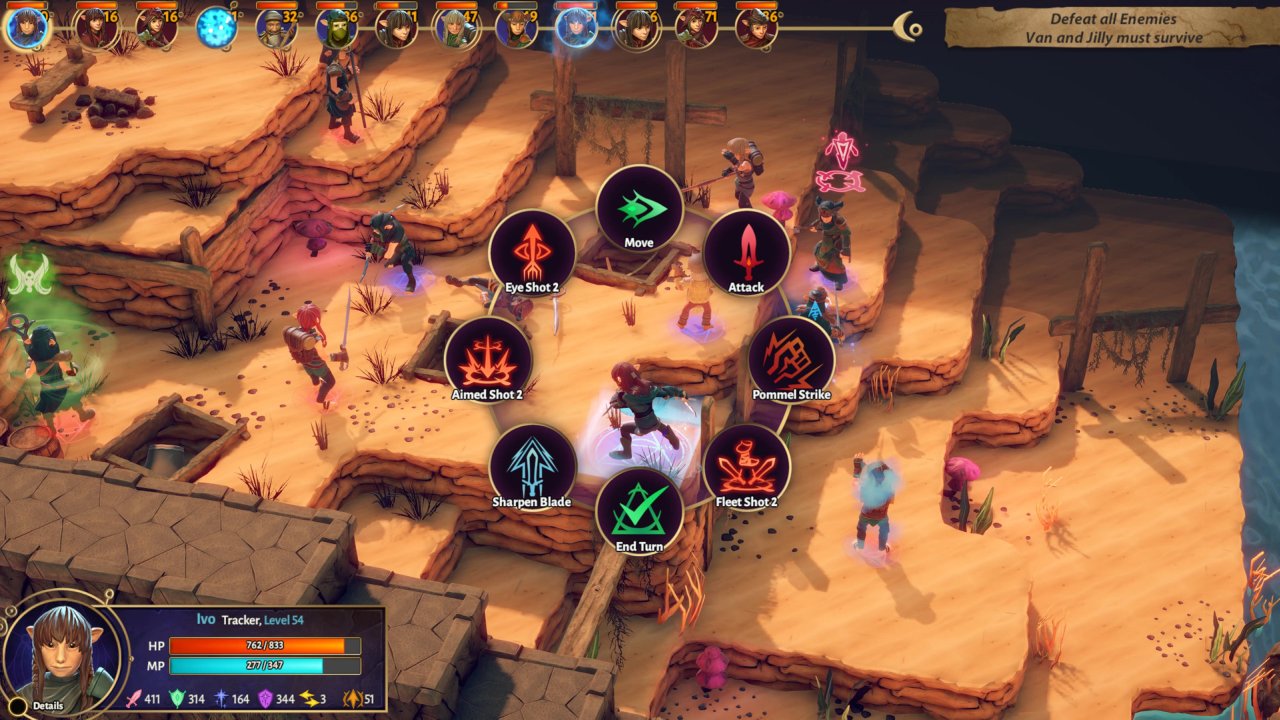 The game was technically sound. The loading screens can be a little on the long side and navigating character screens could be annoying, but I had no crashes or bugs. Like most of the game, the tech isn't overly ambitious, so a solid showing is to be expected.

I'm not sure why someone would want to play The Dark Crystal: Age of Resistance Tactics. Ostensibly, you'd think that this game was designed for die-hard fans of the show, but since it's recounting the same story and the design doesn't really lend itself to The Dark Crystal in any way, the only indulgence fans would get is the name on the loading screen. The game also doesn't feel approachable to new-comers since its mechanics are quite bland. I couldn't really call Age of Resistance Tactics bad, but that's only because it's playing things so safe. It feels like there was no intention to make a great game, it was to just not make a bad one. And that's what we have here - a game that's just barely competent enough to not be bad.

Our ratings for The Dark Crystal: Age of Resistance Tactics on Xbox One out of 100 (Ratings FAQ)
Presentation
60
The game can't match the show's charm, but beyond that the look is so generic that even the good music can't elevate it.
Gameplay
65
The bare bones are here for a strategy RPG, but the game is painfully unambitious when it comes to how it's played.
Single Player
50
A re-telling of the Netflix show that feels rushed and unfocused, you should really just watch the show.
Multiplayer
NR
None
Performance
65
The menus can be a little laggy, but there's nothing seriously wrong.
Overall
60
The Dark Crystal: Age of Resistance Tactics isn't a swing and miss, because there wasn't a swing. This is a quirky and strangely-charming world, but the game has dulled it to a bog-standard strategy game, leaving behind the technical prowess that made the show interesting, and playing it safe in a way The Dark Crystal creator, Jim Henson, never would. 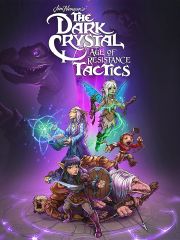 The Dark Crystal: Age of Resistance T...
Posted: 347 days ago

All videos for The Dark Crystal: Age of Resistance Tactics (1)
Advertisement ▼