All of the confusion, none of the thrills

The narrative adventure game genre has seen huge growth in the past decade, from the trailblazing experiences like The Walking Dead from Telltale, to the many successful other series and developers which followed. One of the most common design tropes with the formula, though, has been the episodic release nature of these games, which sometimes meant fans waited many months, or even years, to see a story through to its conclusion. Kentucky Route Zero is one such game, which has certainly stretched the fans' patience to its limits – with Episode 1 releasing on PC way back in 2013, it's finally in January 2020 that the series has been concluded. For console players though, the package is only making its debut now, as a complete 5 episode game. Whether or not this is your first time playing though, you're in for a world of dull confusion. 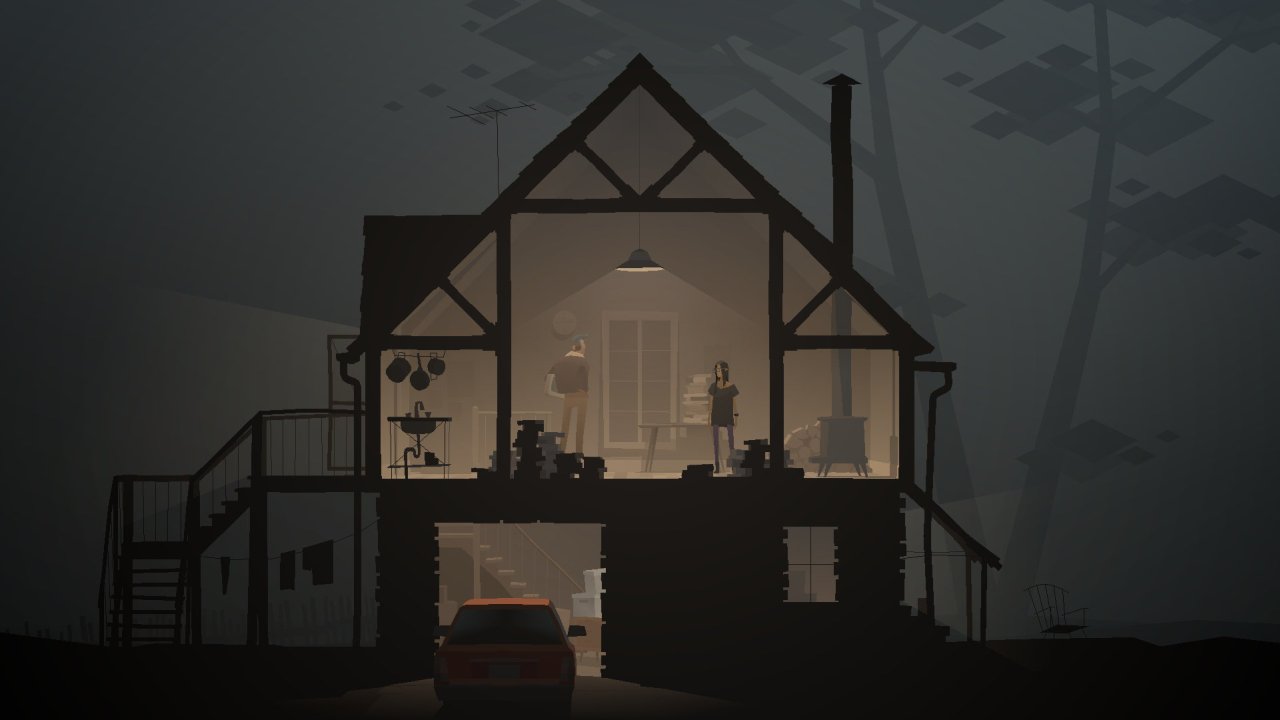 Kentucky Route Zero follows a man named Conway, who works as a delivery driver for an antiques shop. For one reason or another, there is a dog that follows him. While doing one of his deliveries, he has trouble finding the correct address, and so he stops at a gas station to get some directions. The man at the station first asks him to bring the power back on by flipping a switch in the basement, and then tells him to seek help at a local farm who might have more details about where he should head. It appears that the delivery address is not so easy to find, and might in fact not exist at all. From here, Conway sets out across the real and otherworldly locations in hopes of finding his destination. He meets other characters who join him on this journey, for their own reasons. He will travel across this world and another, in hopes of finding the Route 0 highway that supposedly leads to his destination.

While the setup seems straightforward at first, the game very quickly descends into the absurd and the eccentric. There is a clear attempt to be a sort of hipster version of a narrative adventure game along the likes of Oxenfree or Night in the Woods. Being unconventional is all well and good, but you still need a narrative thread for players to follow, and the game just lacks cohesion. If you don't have an interesting story, you can still have thrilling situations, engaging characters, or at the very least be entertaining in your wackiness (like D4: Dark Dreams Don't Die). But KRZ is none of those things. It's an entirely dull and often slowly paced narrative that threatens to put you to sleep with its drab and uninteresting dialog, full of deviations and anecdotal stories that have little to do with anything. It tries so hard to be clever or match the greatness of the likes of Disco Elysium, to use a recent example, but fails at every turn. It wants to be The Stanley Parable, but has neither the compact length or the humor to back its absurdity.

Spread across 5 acts that last between one to two hours each, there are a few moments that manage to be interesting or unique. You could find yourself being the composer of a song as it's played on stage, or read through events from the perspective of the bystander characters instead of the main heroes. But these moments are few and far between. Instead, KRZ is the sort of game where you explore a small area in a 5 story building, where one floor is simply taken up by a bunch of bears sitting around, with no interactivity. It's the sort of game where one interlude between chapters is a painfully long 10+ minutes of looking around a bar, and scrolling through tiny batches of dialog between characters, in addition to the philosophical nonsense strewn around the room. It's the kind of game that presents a title screen between each "scene" in a chapter, fancying itself to be some sort of profound stage play. KRZ will only appeal to the type of players who won't stop talking about it, claiming to have understood its deeper meaning – or citing its brilliance in the fact that it cannot be fully comprehended. Is it surreal? Eccentric? Regardless, it's all incredibly dull. By the time you're playing a seemingly endless game-within-a-game in the overlong 3rd act, you just want the game to wrap it up – whatever "it" is at that point. Mercifully, the final act is very short (and repetitive) – though if you're one who actually somehow really enjoyed the experience, that may be a disappointment. 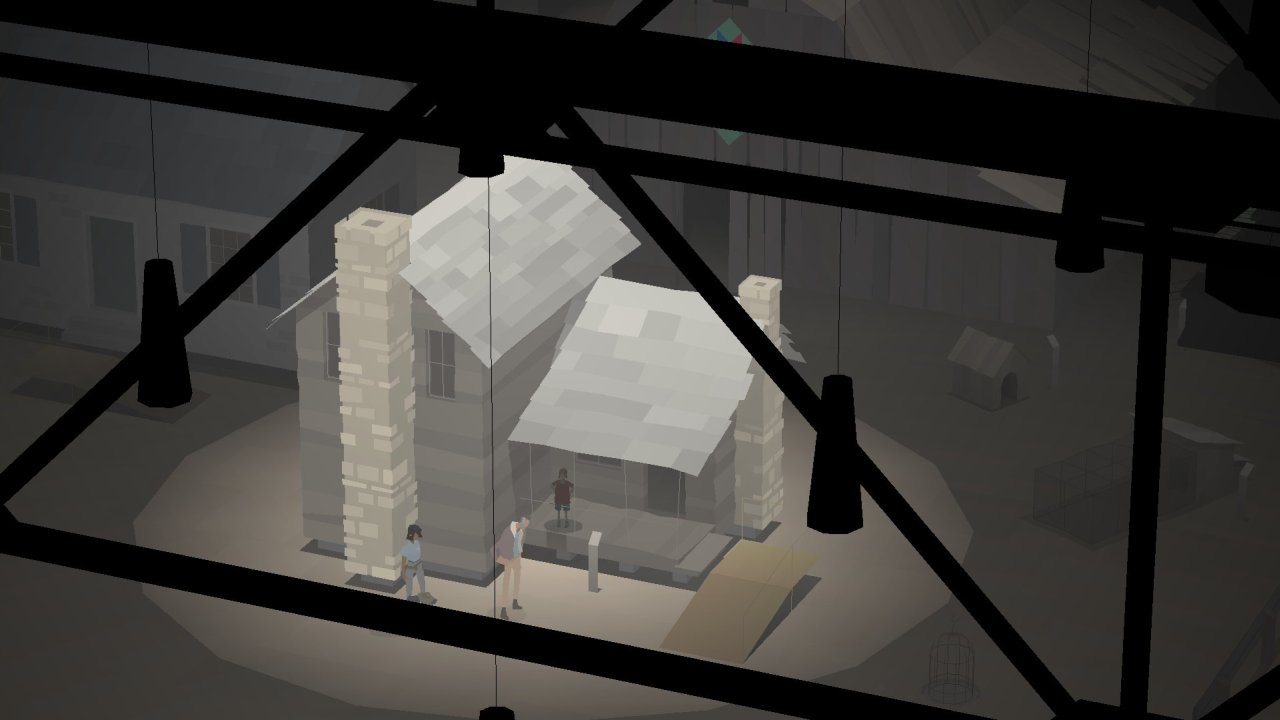 With a story that completely fails to capture your attention, the gameplay is equally disappointing. As with most narrative games these days, there is limited interactivity. You simply walk around very small areas, and if any characters or objects can be used, a popup will indicate so. Most of the time, you can just talk, or flip a switch, and that's about it. This 2D exploration style has been around forever, and yet the movement feels needlessly awkward and getting stuck on the environments is commonplace. There are no puzzles to speak of, no inventory, or picking anything up. The conversations are slowly written out in a box on the screen, which you can fast forward, but only one paragraph at a time – and there are tons of one-sentence paragraphs, so you're constantly moving between the fast-forward and next-line buttons on the controller. The dialog options themselves are linear, meaning you're just choosing a response and moving on, usually without the ability to circle back and find out all that you want from a conversation.

Much like the story, some of the gameplay can be fun, but it's a small part of the overall experience. The game's most engaging mechanic is the fact that you drive around a small section of the Kentucky state highway system, free to go where you wish, and can stumble across optional locations and bits of exploration. These are fun moments as you get a sense of the map and feel like you're truly exploring, as the game gives you text of which turns to take, and you have to figure out how to get there based on those instructions. But this mechanic is used only on a few occasions – at other times, you're driving around a literal oval road until the game decides to randomly generate the symbol you need to progress. This is an "imaginative" game, remember; it's more concerned about trying to impress you with its cleverness than provide any entertainment.

Kentucky Route Zero doesn't have much to offer in its presentation, either. It uses a minimalist art style that's focused on the colors and setting rather than detail or technical prowess. Some of the background visuals and camera transitions are nice, but for the most part a large portion of the screen is either entirely blacked out, or taken up by a large text box. The audio is also uneven, with some nice background music tracks often giving way to complete silence for minutes at a time as you scroll through text, with precious few other audio effects. Occasionally, a real song comes on, and those are pretty well made. 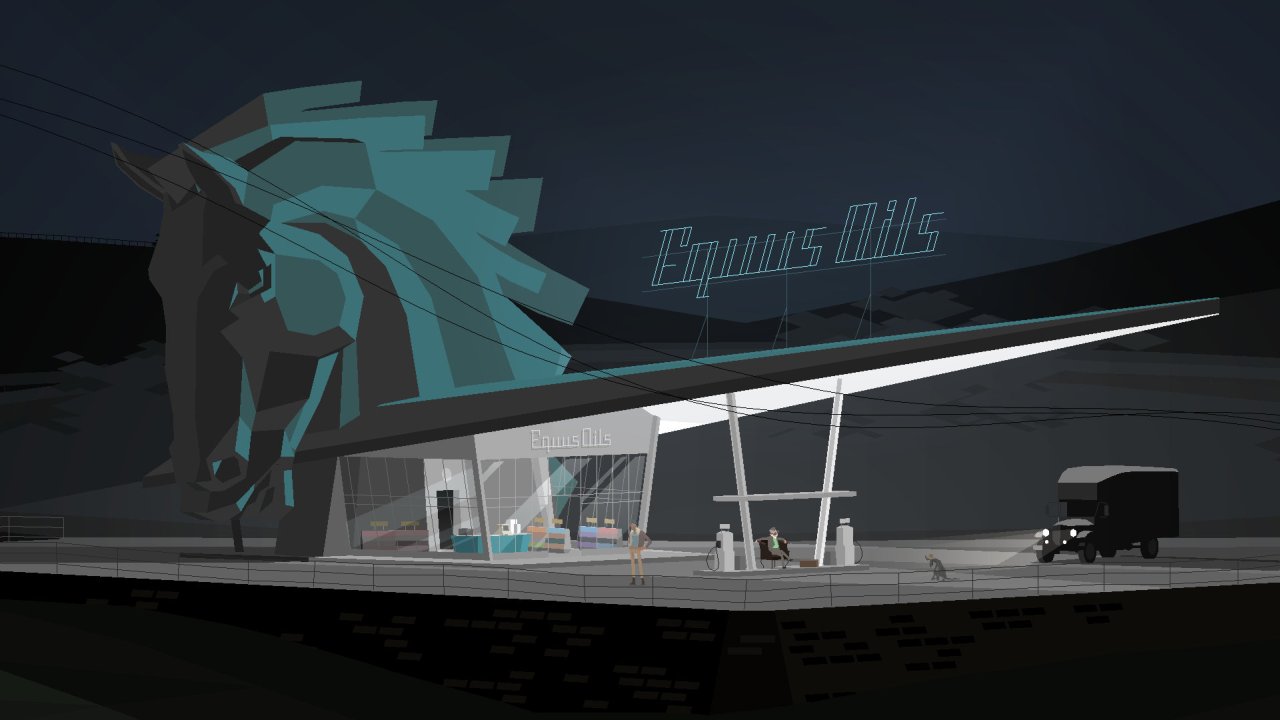 It's worth mentioning that this review is based on the full, 5-act debut of the game on the PlayStation 4. If you're someone who has played the game on PC, you might recall that episode 1 was launched way back in 2013, and so for some fans it has been a long time coming. Thankfully, console players at least get the complete experience right at launch.

At one point, the main character Conway returns to his truck having just met a bunch of characters inside a mountain. A friend who's been waiting for his return asks, "What happened up there?", to which the reply is simply "I am not really sure." And that piece of dialog is the perfect summary for Kentucky Route Zero. It's a game obsessed with being clever, but fails to engage, entertain, or produce any memorable dialog or characters. The gameplay is similarly shallow, leaving this to be an extremely niche experience that very few players will enjoy or comprehend. With a lackluster presentation, there's just nothing here for most players, except those obsessed with proving to others that games can be art and transcend understanding.

Our ratings for Kentucky Route Zero on PlayStation 4 out of 100 (Ratings FAQ)
Presentation
60
A very minimalistic art style that looks very plain most of the time. A few clever camera transitions and memorable scenes don't make up for an overall subdued look.
Gameplay
40
The very small amount of actual walking and gameplay that you do feels stiff. This is largely a text adventure with choices that fill out your character back stories, rather than propel the action or change the outcomes.
Single Player
40
A collection of often nonsensical scenes, extensive and meandering dialog, and meaningless choices. It's absurd, convoluted, but above all, it fails to entertain or engage.
Multiplayer
NR
None
Performance
90
No issues on the base PS4 with all 5 acts.
Overall
45
Kentucky Route Zero is an incredibly dull and over-embellished text adventure that fails to engage, entertain, or provide much value to anyone but perhaps the uppermost art connoisseurs. 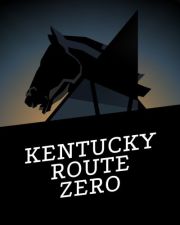