A nightmare world rife with atmosphere, but void of detail

It’s tough to really get a read on Red Bow, a text-heavy adventure laced with nostalgic pixel art. This is ironic considering there’s quite a bit of reading to partake in during this brief journey. In a sense, indie developers Stranga Games have managed to craft a neat little project. This mainly stems from the merits of being a rare breed of a text-heavy horror dressed with a colorful 8-bit art style. And there are a few compelling moments in terms of the narrative, coupled with a rich sense of atmosphere at times. Overall though, there’s not a ton of substance to be had when you distill this down to its essence. Red Bow leans primarily on its eerie settings, its unique plot, and a host of puzzles. Yet, because of the stripped-down presentation and overall simplicity, it never quite excels on any of these fronts. 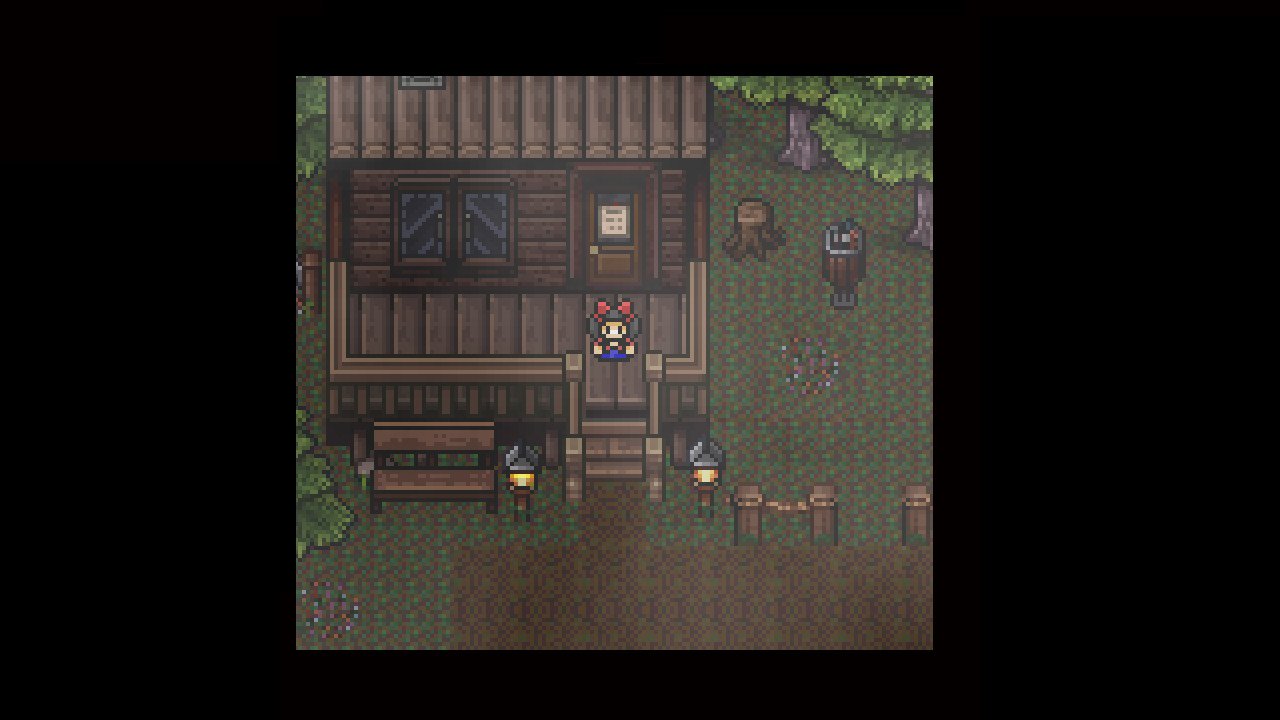 Red Bow adheres to a simple formula, beginning with its plot, which features a young girl named Roh who’s awakened into a nightmare. In a sort of charming retro game version of A Nightmare on Elm Street, your goal is to wander through your nightmares, and ultimately find your way out by solving puzzles. These dreams take the form of largely vacant settings, with the occasional creepy apparition, creature, or demon making an appearance. The game is basically broken up into a few chapters, each containing distinct areas, characters, and goals that you achieve by solving puzzles. These locales include an abandoned storefront, a sewer, a boat caught in a storm, and a lighthouse.

Puzzles typically involve rummaging through the environments and nabbing whatever you can find; often being told there is nothing to find here, in true 80s RPG fashion. “Oh - here’s a photo in the garbage can. I might need this... ” etc. You’ll often have to flip through your inventory, which you pull up in the menu screen, and figure out which item does what - if it does anything at all.

In fairness, you will stumble upon a few elaborate, clever puzzles that feel fairly rewarding. For instance - you might find some fireworks, which are put into a pot and ignited to startle a cat across the way. The cat then drops a key, which is used to access a dark room, where you’ll then speak with a spooky manifestation to keep the story going. More often than not, though, these feel somewhat haphazard, ambiguous, and lack cohesion throughout. It boils down to a simple process of triggering point A to access point B to prompt a dialogue with character C, rinse and repeat. Adding to the confusion at times, the game might lead you astray, or an item you need may not pop up until a later point in the sequence.

The rest of the experience mainly involves chatting with NPCs, usually in the form of spirits or creatures, who will ask for your help to settle a certain task, help them “find peace,” and so on. Yes, despite the gloomy overtones of this purgatory dreamstate, there are underlying themes conveyed through these characters that can be considered endearing. These include the notion of second chances, making amends, dealing with death, and cherishing the ones you love. These heartfelt endings to each chapter will initiate if the right series of actions have been taken. You’ll be given backstory from some of these apparitions, which can occasionally tip you off to what actions to take, who to talk to at what point, if a certain item should be given to them, etc. 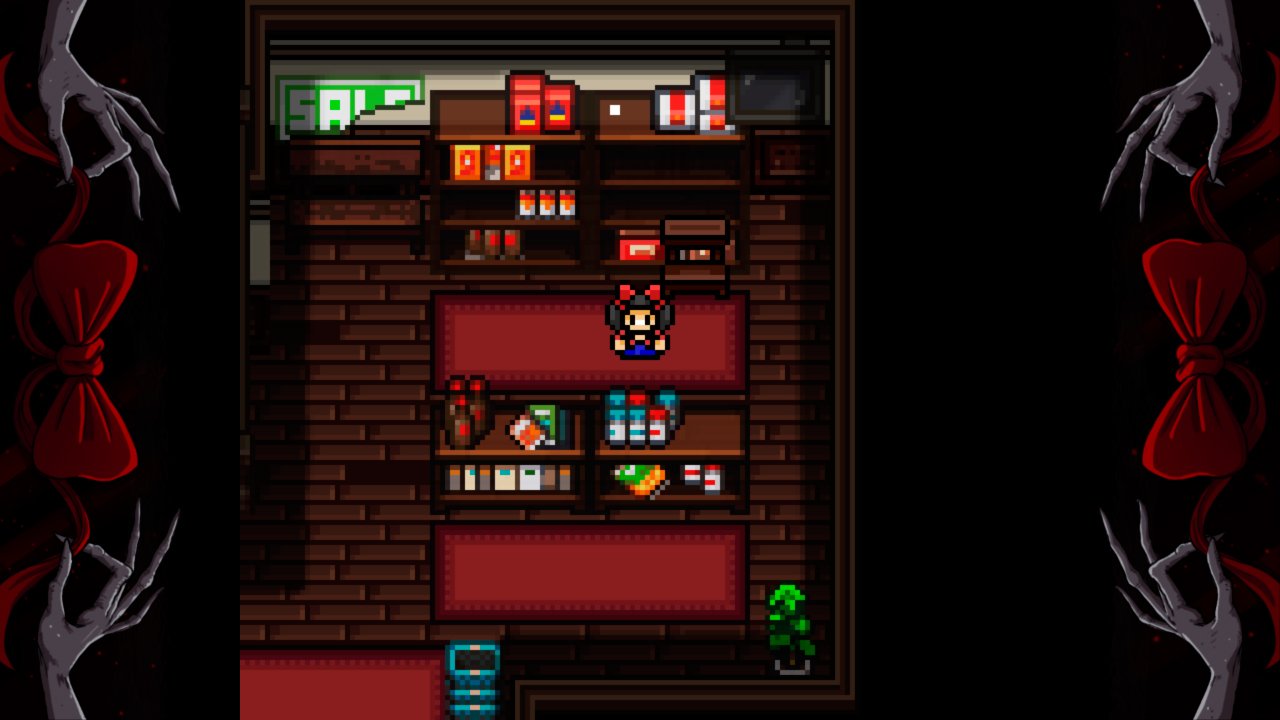 One admirable, if not a bit annoying, trait to Red Bow is that each chapter comes with a multitude of different endings - with only one serving as the “happy ending.” This prompts you to reawaken in your bed and initiate the next chapter. This will depend on what you do with your items, who you talk to at what point, and so on. Like the puzzles themselves, the endings manage to be both simplistic and cryptic at times. While you can thankfully save (a single file) whenever you please, you’ll often think you’ve completed your task only to get an abrupt game over screen and be forced to try again. One example was when I knocked out various tasks in stage one, leading up to a kerosene-doused sewer which I used to take out an apparition. This seemed to be the correct - and chapter completing - move to make, only to find out I failed and was abruptly thrown back to the title screen. Huh?

What’s ironic - given the simplicity of the art style - is that Red Bow thrives most in terms of its sense of atmosphere. As we’ve established, you’ll be roaming some dark, somewhat spooky settings throughout. These are often enhanced with ambient sounds, somber music, along with some ominous character designs. There’s definitely this trippy nightmarish vibe throughout, which meshes with the often dark and/or tragic backstories of some of these characters. You’ve also got some neat lightning and particle effects, like the thick shroud hanging over the town street, or the flickering light inside the sewers.

These touches, while minor, add a bit of pizzazz to the environments. While it doesn’t quite deliver on the horror front, you get the sense that Red Bow is meant to be more subtle in its fright factor. It’s seemingly meant to be unsettling as you walk through these areas, not knowing what odd-looking creature you might happen upon next, and what their deal is. For this, in addition to its unique retro charm, Stranga’s project does succeed at times.

Still, with a game residing in the horror genre, a sense of immersion is a crucial element; one which doesn’t really thrive here given the limitations of the flat pixel art. You do have the occasional retro-style experience that can be truly frightening, such as Lakeview Cabin. Though that game thrives on its over-the-top gore and jumpscares; and Red Bow just isn’t about these traits. 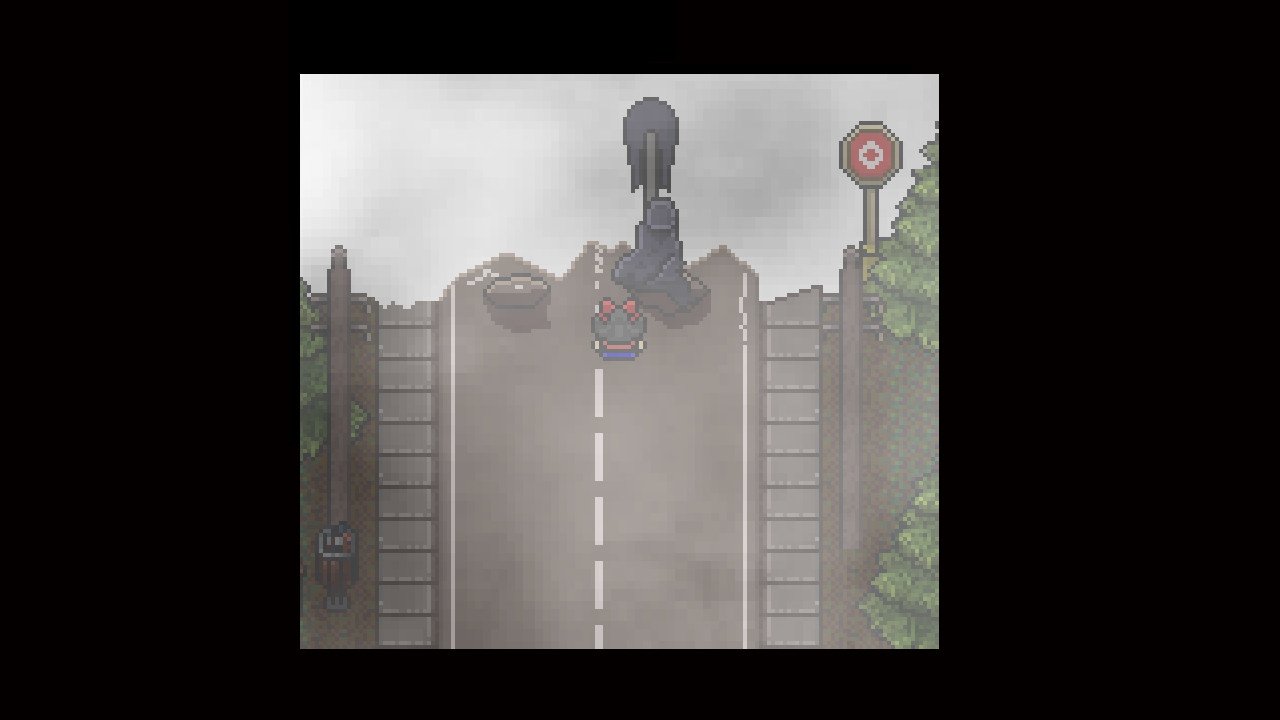 The narrative can be quite deep, emotional, and endearing at times, but again - it’s tough to get too invested given the fairly watered down, limiting nature of the experience. Ultimately, you’ve got to take this game for what it’s worth - a dark “choose your own adventure” rife with puzzles and text. For those that are drawn to such a concept, Red Bow partially delivers, as there isn’t much it does “wrong.” But with a 1-3 hour runtime at best, it’ll likely come across as a tepid experience even for that crowd.

Our ratings for Red Bow on Switch out of 100 (Ratings FAQ)
Presentation
75
The highlight of this experience, especially for those who appreciate games with a darker atmosphere. The blend of the simple pixel art coupled with the eerie nightmare motif doesn't always mesh, but at least feels distinct to captivate in short bursts.
Gameplay
62
Minimalistic - interactivity takes a back seat to engaging in scavenger hunts and text scrolling. While you get a handful of clever puzzles, most manage to somehow oscillate between basic and cryptic. The simple controls and interface at least make it all pretty accessible.
Single Player
67
Those who appreciate a compelling narrative should be fairly satisfied here, as each of the few scenarios contains a distinct premise and ample backstory for the characters. Yet, it’s tough to get too engaged given the shallow nature of everything. The multiple endings add a bit of depth and replayability.
Multiplayer
NR
None
Performance
70
No noticeable technical issues - the rare case of an item not working at first notwithstanding
Overall
65
Despite its accessibility, Red Bow is not going to be for everyone. This isn’t just because of its darker themes, but its rigid, basic structure that shifts between item gathering and NPC interaction. Even at the $5 asking price, it’s tough to recommend to anyone but those who really fancy horror adventures with ample reading. 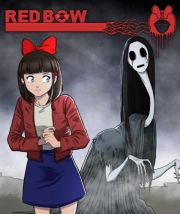