As lifeless as its outer space setting, with only tiny flairs of excitement

It’s a rarity to have a game that manages to be so bare-bones on one hand, while also being oddly confusing and convoluted on the other. Yet, developer Evil Castle Entertainment has somehow pulled this off, with Cerberus: Orbital Watch. The title feels like a marginally functional space shooter with a touch of Asteroids, featuring a basic premise and watered-down gameplay that will have you wanting to move on in a matter of minutes. It’s a shame, too, because the point-and-shoot mechanic and stripped-down SHMUP gameplay can offer tiny bouts of satisfaction, but these are few and far between. Ultimately, there are too many blemishes and ambiguities in Cerberus to get much out of it. It doesn’t help that the experience feels as empty and lifeless as the bland outer space setting you’ll be traversing. 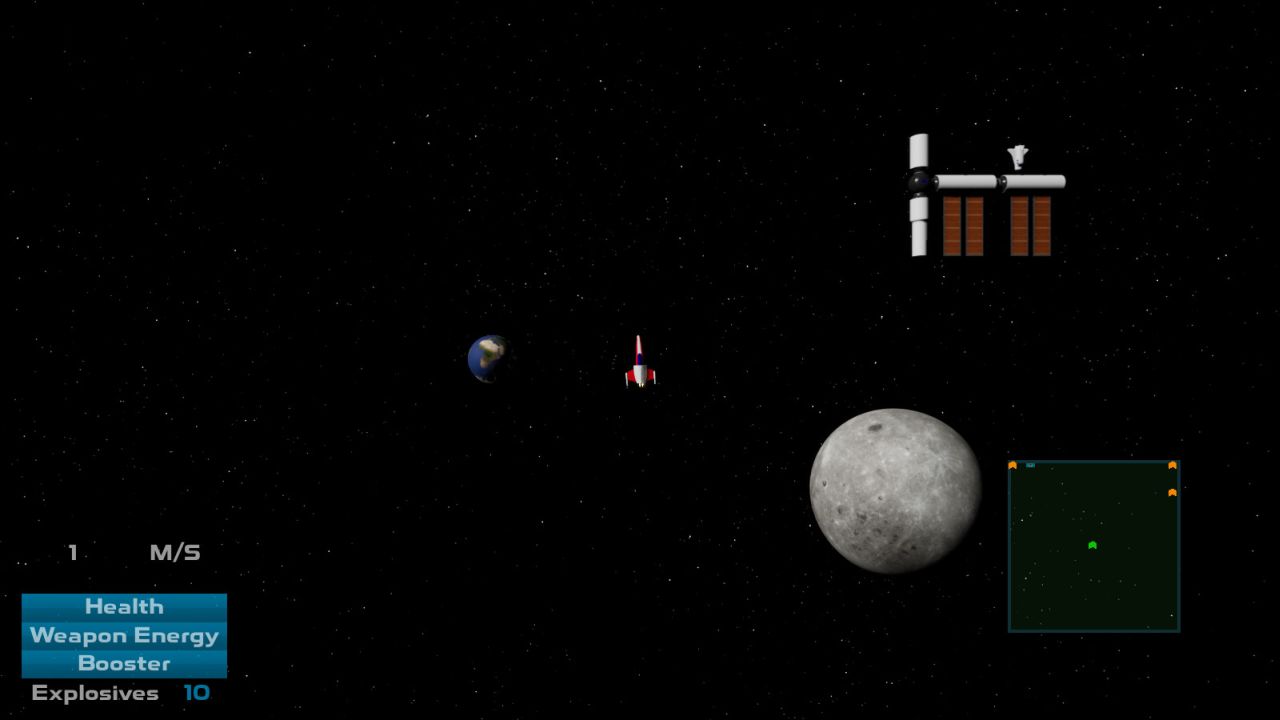 The premise of Cerberus is as simplified and unexplained as the gameplay itself. Basically, you’re called upon to pilot one of several semi-customizable ships into outer space in order to trace the source of strange alien signals discovered by scientists. If this sounds pretty bland, well, strap yourself in, because this space odyssey only gets more dull from there. If there’s any area of intrigue or real substance to Cerberus, it's the palette of customizable options offered with the game’s 4 ships. The problem with this is, everything costs “credits,” which are hard to obtain and even harder to stockpile. Oh - you’re also given points, which seem to serve no purpose other than increase your meaningless rank title and act as bragging rights. Thus, you’re basically stuck with the cheap, unimpactful ship, the small “Tracer 15” while having to spend countless boring minutes grinding away to get enough wealth for the next one.

While you’d think flying around and shooting enemy spacecraft is pretty straightforward, there are a number of elements the game just does not do a good job explaining to you, forcing you to fumble around and perish frequently. For instance, I wasn’t even aware there was a reload function until reading through the grammatically spotty “tutorial” which basically consisted of a handful of images and vague, weird descriptions of many of the game’s functions. It’s odd, considering some weapons recharge on their own, some need to be reloaded, and some utilize a combination of these. I later found I could even change the direction of my limited-use shield, but good luck getting that to work effectively.

You’re given various stats and abilities depending on your ship - such as health, speed, boosters (which feel mostly useless), shields, and explosives. But the characteristics, limitations, etc. of these are just never really illustrated, so the game becomes an exercise of trial and error. I’ve had instances of shields not recharging and unusable missiles for seemingly no reason. Was this some nuanced game function I’m not aware of - or simple a glitch? I honestly couldn’t tell you, and the game sure doesn’t. There’s this weird, frustrating inconsistency to each ship’s arsenal, which, coupled with Cerberus’ ambiguities, makes for a jarring, frustrating experience. If you do know what you’re doing, it can be fairly amusing to experiment with some different weapons, shields, and other upgrades, though these tend not to last long anyway... 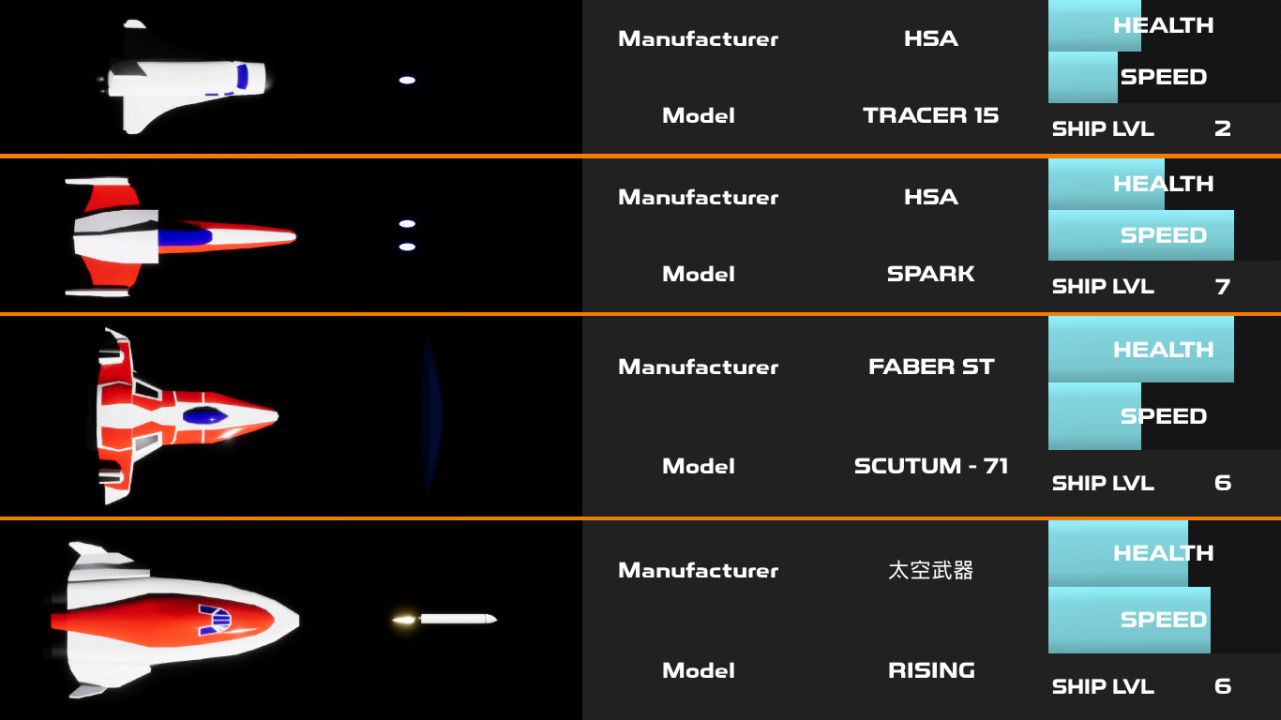 Even when you feel you’ve gotten a grasp on the mechanics and functions, you’re absurdly weak and vulnerable for the vast majority of this game. While you technically have a health bar, all it takes is a few good shots from the erratically behaving enemy ships, and you’re done for. And guess what? You’ll then need to rebuy your destroyed ship, and all of the enhancements you’ve wasted time and credits upgrading. This might be tolerable, if enemy AI wasn’t so cheap and unpredictable. They’ll often soar towards you and crash directly into your ship as you’re frantically trying to reload, incinerating you on the spot. On top of this, you can also blow yourself up with your own explosives (in the form of a more powerful secondary fire). And this can be an easy blunder to make, especially if you’re using a ship that drops stationary mines rather than firing missiles.

So essentially, you’re going to be spending a long, long time wading through the dull, repetitive stages that comprise the campaign mode, despite there only being a handful of levels. You’ll sometimes be given vague “objectives” during each stage, but it basically boils down to having to mindlessly fly around the vast, empty environments until you take out a tally of foes the game deems sufficient to proceed to the next stage. You would think this would be straightforward, and it can be. Problem is, you’re given little direction or orientation other than a very simple radar screen and a couple of environmental props - one of which appears to be your centralized satellite “hub,” and a planet hovering in the background. The pacing is all over the place, too. Sometimes you’ll be thrown a cluster of oddly aggressive foes, while other times you’ll be wandering around trying to use the radar to locate some enemy ship way off in the distance.

The game also sprinkles in some jarring asteroids that whiz by the screen and seem to serve no purpose other than to startle you and act as some sort of “action” happening in these lifeless settings. Ultimately, given the glacial, erratic, pacing and bland nature of the campaign, your best bet is to try the Arcade Mode, which feels quite a bit more like the more typical undiluted, fast-paced excitement you tend to get from a space shooter. As there’s usually more action here, you can gun for high scores, and obtain credits at a faster rate, which can thankfully be put towards ship purchases and upgrades in the campaign. 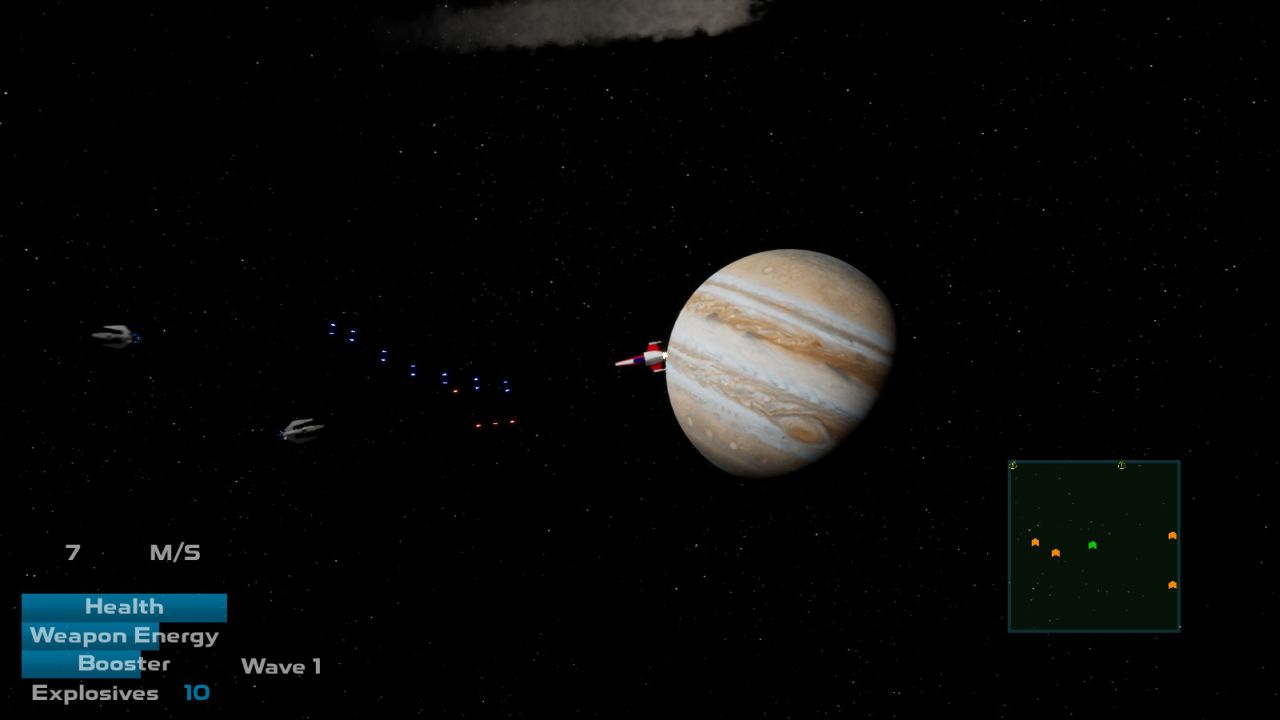 Still, even with Cerberus’ more fun and useful Arcade Mode, and the fairly impressive depth to the ship customizations, there’s little of substance to get excited about here. Any brief glimpses of fun as you soar through space blowing up buzzing ships are usually snuffed out in minutes, if not seconds, as an enemy crashes into you or you accidentally blow yourself up. This has the potential to be a decent space shooting experience, but as it stands, it just feels empty, flawed, and incomplete.

Our ratings for Cerberus: Orbital Watch on PC out of 100 (Ratings FAQ)
Presentation
46
There’s not much to say when it comes to this game’s visuals and sound design (or lack thereof). The environments are bare, the techno soundtrack is straightforward, the visuals are flat, and the ship models are pretty crude and simplistic.
Gameplay
46
Competent when you learn what you’re doing, but the game mostly fails in laying out the details. The unique traits of the ships and the myriad of upgrades/customizations is somewhat admirable, but it’s not enough to hold up the basic shooter gameplay, especially given how weak you are. The menus also prove rather convoluted and unorganized.
Single Player
42
The campaign is dull and uninspiring for the most part, and it’s difficult to want to return to after constantly dying and have to replay the same scenarios. Arcade mode at least plays more to the game’s (few) strengths with its lack of bloat, more numerous enemies, and quicker pacing.
Multiplayer
NR
None
Performance
70
A few small lag hiccups but nothing significant on this front
Overall
44
It's tough to knock this too hard given its meager $2 price, but still, a poor game is a poor game, and Cerberus just falls flat in most areas. While it's at least functional - the ambiguities, empty settings, and overpowered, erratic enemies produce an experience that's tough to enjoy for more than a handful of minutes on end.