Some contacts may respond to you in a rougher voice or without exchanging pleasantries, but unless you are hated by everyone (if that’s even possible) there is not much change to the end result. The conversation is often based on responses you select while chatting with characters. There is a timer, which dictates how long you have to make your selection. The problem is, often the timer is set to run out just as the person you are speaking with has finished their line – meaning you often have to guess, rather than actually hear, what the other person has to say – and are forced to make a decision on your response before even hearing out the dialogue. 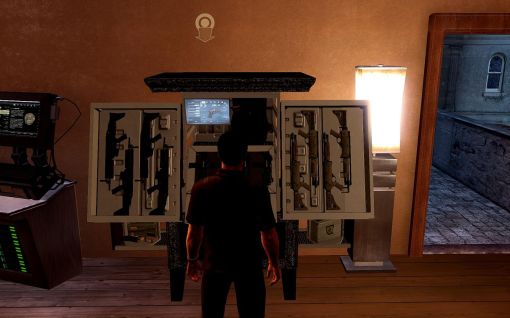 So hard to choose

As the advertisements claim, your best weapon is your choice. They are correct, but for all the wrong reasons. The basic gameplay in Alpha Protocol feels unpolished, glitchy and at times simply lacking. The game is played from a third-person perspective, allowing the player to see Thorton and his surroundings at all times – but the camera is positioned far too close to the character and suffers from occasionally rough swings. This means the player will be walking into tons of ambushes, bad guys around the corner, and other unpleasantries. The camera problems only add to the very poor stealth gameplay. In the game, the definition of stealth is different from what a player might expect. There are no shadows to hide in, and the main goal is not to be seen or heard by the AI.

The levels are built to allow multiple paths to the main and optional objectives, but stealth is never viable for more than a few moments because of AI’s eagle-like vision, and ability spot you from just about every angle and over large distances. All armor has a sound dampening rating, but this again seems to affect gameplay very little. Let’s say you are crouched in a hallway, wearing above average sound dampening armor. Accidentally, you let go of the crouch button and make just one step while standing. Instantly, all enemies in the hallway – at the far end or even around the far corner – converge on your location and open fire. There is no sound or enemy awareness indicators, which means most of the game is spent in firefights. Similarly, if you are spotted (by an enemy you didn’t see due to the poor camera position), all enemies in the area instantly open fire on your location.

Our Review of Alpha Protocol
68%
Adequate
The Verdict:
"A game of interesting ideas that is unable to unravel their full potential"
Game Ranking
Alpha Protocol is ranked #1158 out of 1668 total reviewed games. It is ranked #94 out of 107 games reviewed in 2010.
1157. Rage
PC
1158. Alpha Protocol