Every once in a while, you come upon a game that truly confounds. Something entirely unique that flips your expectations for it completely around. It could be through plot development or gameplay mechanics, but it’s something most gamers have dealt with before. Whether or not said title is actually worth playing, though, is an entirely different discussion. That’s why Strange Telephone is such a difficult game to properly evaluate. 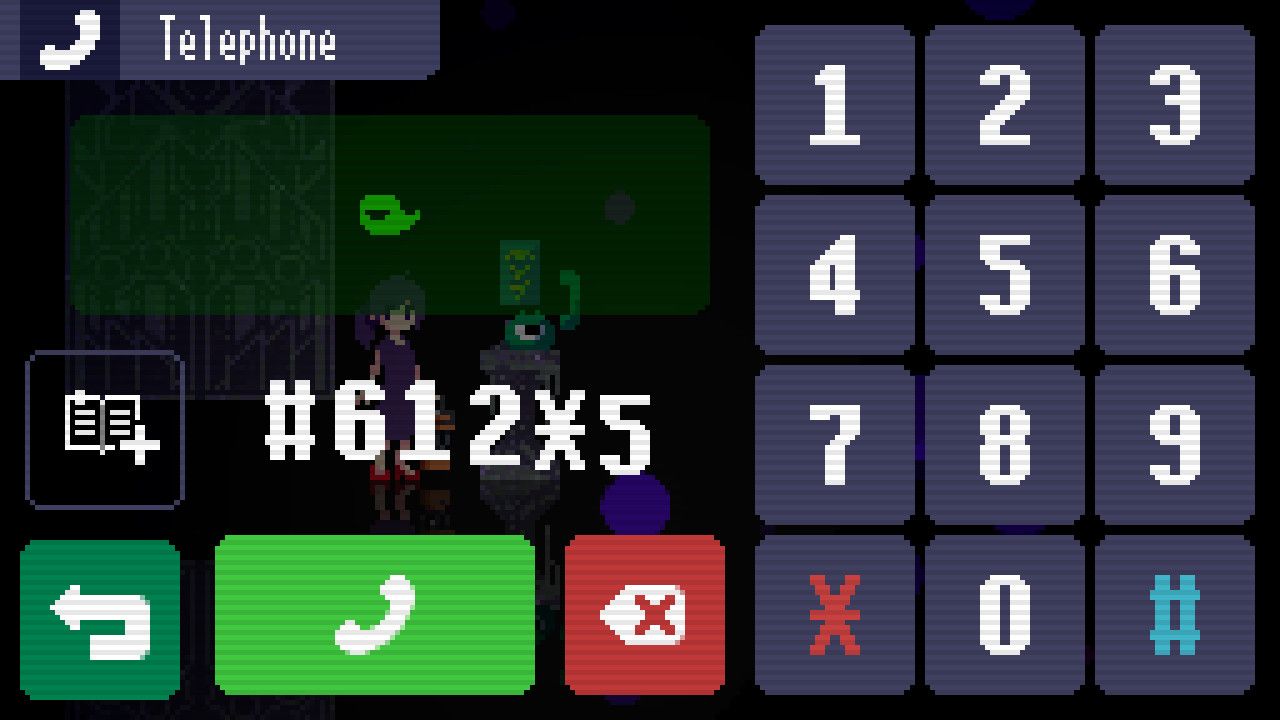 This atmospheric sidescroller is essentially built around two things: exploration and experimentation. Upon booting up the title, you are thrust into a dark and mysterious world. You step into the shoes of Jill, a young girl who has found herself trapped into this unwelcoming realm. Luckily, she does have an ally, as Graham, a garishly colored sentient phone, is right alongside her. Together the two will use the power of telephone calls to find a way out of this chilling domain.

Despite the intriguing set-up, there’s not really a ton of plot to examine in Strange Telephone. Whatever bits of detail you get come from the random ghouls and beings Jill comes across. Some of them are sad, some of them are sinister and one of them just wants something to lick. It’s almost always off-putting and strange, but hard to make sense of. From my reading of it, the narrative here just isn’t strong enough to study further.

Graham is more than just a friend, though. The sentient phone is also the main way Jill travels around the world she is trapped in. By dialing in different numbers, our heroine will be transported to even stranger locations. Most of these locations won’t contain much besides odd foliage. The lands outside of these ones, though, contain numerous oddities for you to deal with. One has a prototype lamp in need of fixing, while another has a creature in search of moon rocks. One might say it’s all very strange.

With so little narrative to go off of, Strange Telephone forces you to figure it out as you go along. You start off with a single number, and the only way for you to get more is to move. Depending on if you move right or left, Jill can stumble upon new realms by just walking around. Once you discover a new area, you can save it in your phone book so that you can quick travel to it when needed. Eventually the title evolves into a quasi-Metroidvania. One where you are frequently backtracking in order to solve a puzzle you couldn’t beforehand. 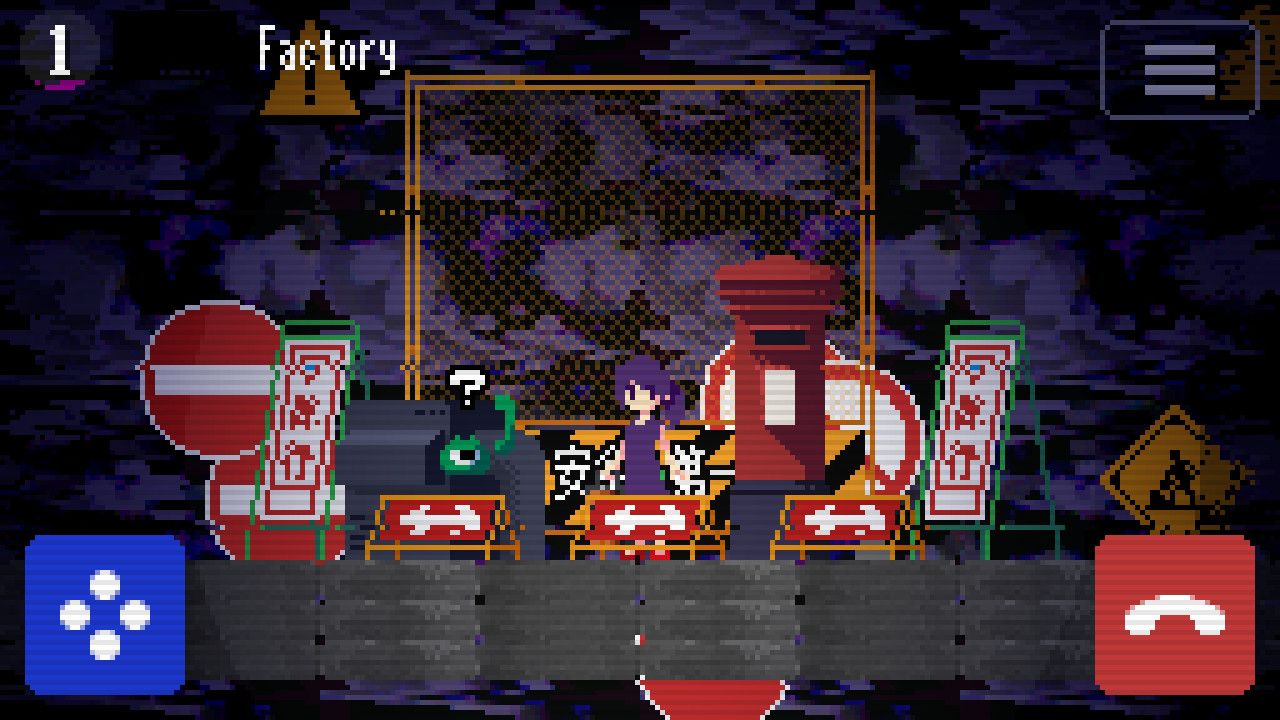 If nothing else, Strange Telephone will make you really think. Its puzzles are often esoteric and tend to require leaps in logic in order to solve. There’s no punishment for guessing wrong, so it often comes down to just having the right item at the right time. If you’re like me, you’ll find yourself getting into grooves and banging out several riddles in a row. Then you get stumped by one, and eventually repeat the process again.

As you peel back the layers of the game, though, you soon realize that it’s not as deep as you would expect. Despite the near limitless amount of realms you can travel to, most of them are just carbon copies of others. By the half-way point of the campaign, there’s a good chance you’ll have reached just about every unique area. There are a few special ones that trigger endings, but there will be a point where you are seeing a lot of the same scenery.

The, let’s say abstract to be charitable, solutions may also be off-putting to a general audience. As mentioned, some of the answers you’ll have to find require sizable leaps of logic. And it can be frustrating trying to decipher something that comes off as incomprehensible. It’s no doubt designed to feel this way. It’s a hallmark of the adventure genre to have at least one nonsensical puzzle. However, it’s rare to come across one where almost all of the puzzles are built like that.

It’s generally just hard to shake the feeling that there just isn’t a ton of meat to Strange Telephone. My time with the game clocked in at a shade under two hours, and that was after unlocking every alternate ending. And it’s not like it will draw players back in for repeat playthroughs. There’s nothing to the gameplay outside of walking, talking and choosing the occasional item from your inventory. It’s a very basic approach that fits the design of the game, but limits the enjoyment of it. It’s a game built entirely around how strange everything is, which is not great when it comes to fun factor. 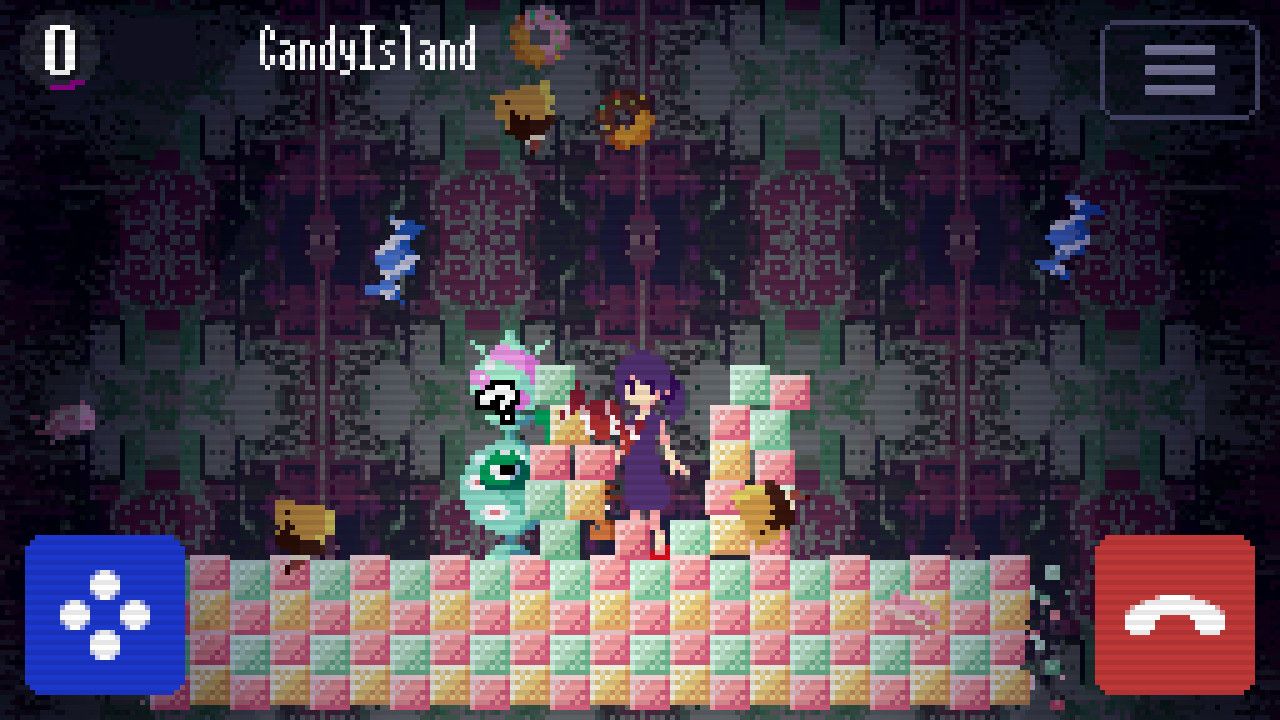 Credit does have to be given to HZ3 Software for crafting a world as eerie and menacing as the one in Strange Telephone. Consistently dark and filled with confounding creatures, each area adds to the title’s uncomfortable mood. It makes the player feel as lost and confused as Jill herself does. There may not be a ton of detail, both for characters and levels, but it still looks appropriately unique. The old-school look of the title does come across better on the small Switch screen in handheld mode, but playing on a TV works fine as well.

Strange Telephone is a game I appreciate, and one I’m glad exists. I’m entirely for unique experiences that aren’t afraid to take a chance. However, that doesn’t mean I have to enjoy playing it either. Even with its abbreviated length, the title begins to feel stale due to a severe lack of depth. The puzzles fail to straddle the line between smart and unfair on a frequent enough basis. While I don’t regret taking a chance on the title, I can’t say I’ll ever want to re-experience it.

Our ratings for Strange Telephone on Switch out of 100 (Ratings FAQ)
Presentation
75
Fairly basic in design, but appropriately creepy and off-putting. The 2D artwork and dreary soundtrack combine to create the perfect mood for the title.
Gameplay
40
Strange Telephone doesn’t ask much from the player. You just need to walk and talk your way through the dour world of the title. It works, but it limits the enjoyment you’ll get out of the title.
Single Player
30
If there is a story here, you’d be hard pressed to find it. Jill and Graham have no character development, and for as alluring as the world is, it never gets fleshed out in any interesting way.
Multiplayer
NR
None
Performance
80
Takes a little bit to boot up, but other than that Strange Telephone runs solid both docked and un-docked.
Overall
54
Strange Telephone is an entirely unique adventure that ultimately squanders it’s off-putting mood and setting. The gameplay and narrative lack depth, and the puzzle design is inconsistent at best.