Just Cause 2 is a sandbox-style action game. That might make some people run for the hills, but bear with me. The title comes our way courtesy of Swedish developer Avalanche Studios and Eidos Interactive labels, which were published by Square Enix. It is the sequel to the 2006 game Just Cause. The original had some glaring faults, and it actually took some players quite a while to warm up to the title, but once they did, it turned out to be an interesting and goofy open-world game. But alas, Just Cause 2 set out to be much more serious – at least in theory – as some modern “next-gen” titles do. This time around, the focus is on stunts and performing gravity-defying tricks, which is both a blessing and a curse for this title. Simply put, the game offers much of what most players will expect. But once that aspect has worn its welcome – granted, some players will last longer than others – many will discover that Just Cause 2 doesn’t have much to offer in regards to any kind of actual structured and involving gameplay. 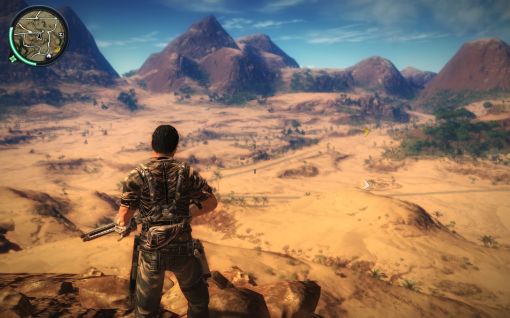 This is your playground. Now go entertain yourself.

In the sequel, the players once again take on the role of Rico Rodruguez. The free-roaming mercenary gets a contract with the “Agency” to infiltrate the South-east Asian island nation of Panau. Formerly a US ally, Panau is taken over by a dictator who decides to cut off all ties to the US. Rico's mission is to oust Panay from office, as well as track down and assassinate Tom Sheldon, who the Agency fears has gone rogue after disappearing during the regime change. However, in order to get to the top of the food chain, Rico has to team up with three island factions and gain their trust, so that he may get close to the president for the kill. The setup is rather simple, the faction missions act as side quests, and the “Agency” missions progress the story. There is little tying the three factions together, and no moral choices to be made in regards of who you should help.
The faction leaders make for forgettable characters, and even Rico himself comes off as a generic tough guy with little emotion. While this is not exactly different in the original, modern day titles should have higher levels of presentation then that. The story is actually not very long, and missions start to become quite repetitive towards the end of the game, leaving it up to the players to entertain themselves. Some would argue that in an open world game such as this, the focus is on action, crazy stunts and exploring the world. Well folks, similar titles such as GTA4 and even Prototype had all that but still contained a story worth following.
123Next 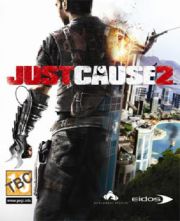 All videos for Just Cause 2 (4)
Advertisement ▼