A hollow adventure that never quite takes flight

In a gaming landscape wrought with action, gratuitous violence, and elaborate detail, it can be refreshing to play a game that emphasizes minimalism to produce a tranquil experience. In this sense, AER: Memories of Old is the videogame equivalent of valium, amidst a scene buzzing with gaming stimulants. It’s a digital version of kicking back at the beach. The issue is, while engaging in these activities may prove relaxing - even therapeutic - they can sometimes grow boring pretty quickly. Such is the case with AER, an adventure puzzler that perhaps veers too far in the direction of vacancy for its own good. 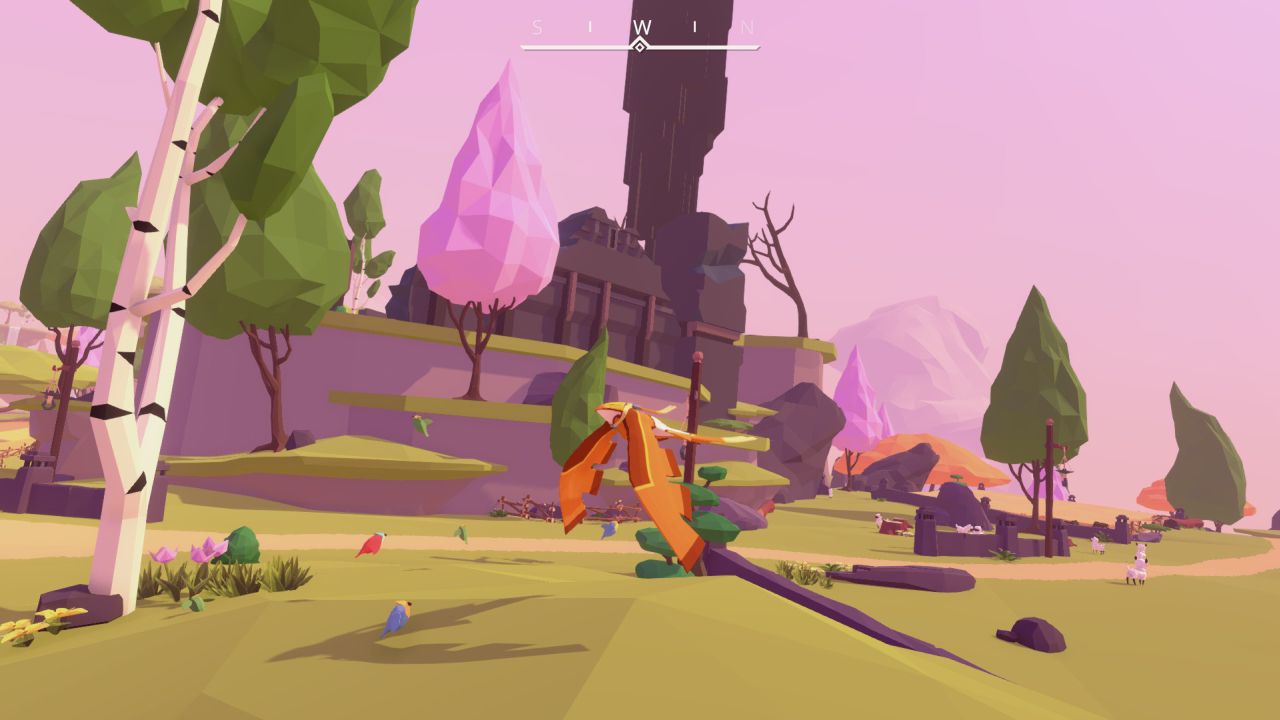 This indie from Forgotten Key certainly injects some style - featuring colorful landscapes and dark dungeons punctuated by luminous runic symbols. Yet, there’s little substance to back up the otherwise intriguing presentation and premise. You play as Auk, a magical lamp-wielding girl who can transform into a bird and traverse a world that’s been shattered into floating islands. An ominous presence fittingly known as “The Void” has largely sapped the lands of civilization, and banished the old gods into obscurity.

The backstory is rarely spelled out for you via cutscenes, but rather, the information is scattered and hidden in certain areas for you to uncover. As you explore, you begin to find out more about these mostly vacant lands, as well as the occasional subterranean dungeons beneath them. You’ll slowly learn more about the ancient society and its gods, along with some interesting bits like the storing of human dreams to contain the darkness. You’ll also hear from occasional animal spirits who reside inside a few underground areas and temples.

You can get insight on the history and lore through dialogue exchanges by using your lantern to reveal spirits seemingly frozen in time - presumably old inhabitants. There’s also a number of readable ancient scrolls, tablets, and runes scattered in various discrete places. You’ll sometimes be tipped off to the location of a point of interest like a temple when activating these blurbs or speaking with the animals. It all feels akin to an archaeological excavation as you unearth more details about the seemingly blank slate that makes up the world, piece by piece. The story is largely told through this neat interactive experience - it’s just a shame that the gameplay itself lacks this interaction. 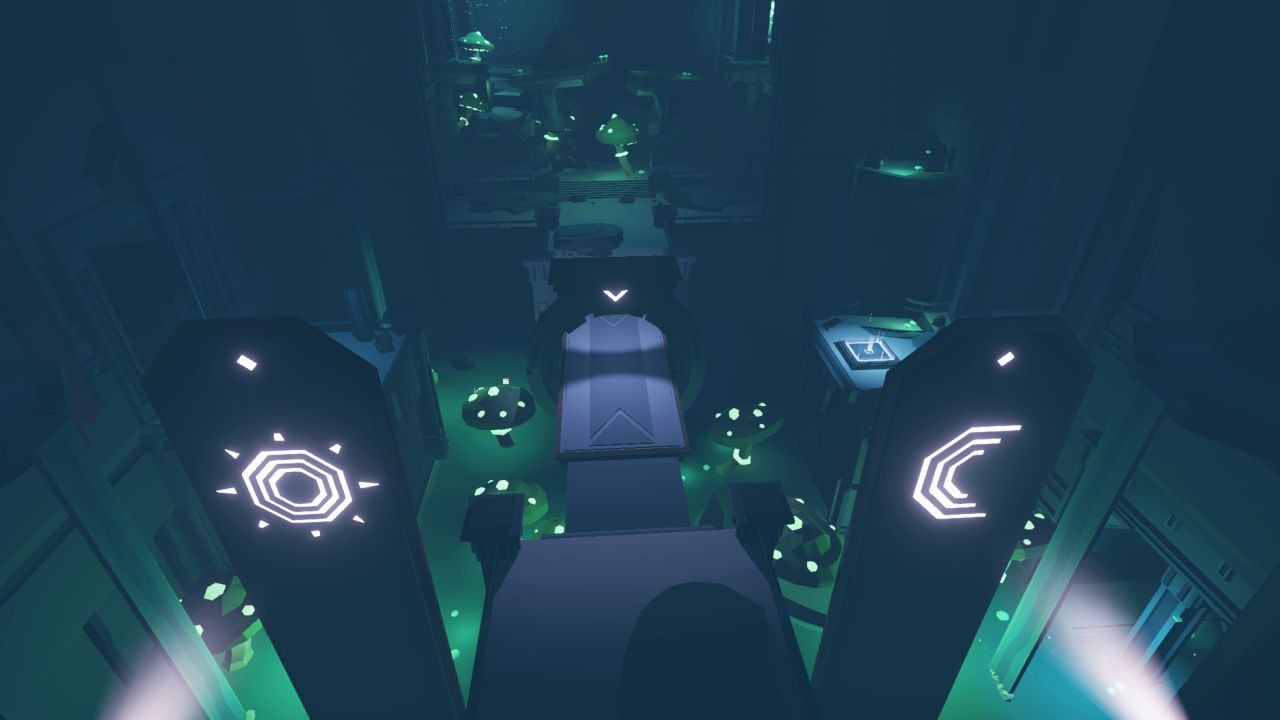 AER thrives mainly on its flying mechanic - an easy-to-use ability that’s both exhilarating and soothing. It’s a joy to soar through the clouds and plummet towards exciting new island discoveries. Still, aside from this feature, and stumbling upon the narrative blurbs, there’s not a whole lot to do during your journey. There are no enemies, bosses, or power-ups to speak of, only a handful of (living) NPCs, and virtually no collectibles either. And aside from a rich, snowy northern area, as well as a few indoor temples and caverns, the majority of the environments come across as soulless, repetitive, and uninteresting. Even some of the larger land masses only offer a few interactive portions, while the tinier ones will often yield nothing at all.

As a result, the enjoyment tends to suffer, heightened by the increasing sense of aimlessness. You might be wandering about, searching cluelessly for something to do, only to perhaps find a scroll featuring some exposition behind a waterfall. So what then? Welp - onto the next random island... Rinse and repeat. It helps that the map uses a fog of war system that uncovers new islands. Once you’ve done this, though, there’s no real way of knowing if you’ve already explored an island or not. There’s this ongoing feeling of ambiguity in general, which makes it tough to get a grasp on any sense of progression throughout. You tend to get an aura of immersion and freedom that comes with the desolate atmosphere and lack of hand-holding; though AER’s occasional stutter and brutal load times tend to yank you out of this anyway.

Even the core gameplay elements - the puzzles - are rather simple, and mostly involve activating platforms, rotating mechanisms, or lighting up areas with your lantern. These mostly take center stage in the caverns and temples. Each of these locations contains a myriad of rooms and areas that you’ll often need to get through by pulling out your lantern and activating objects. Upon completion, you’ll gain a key to the next temple, located at another corner of the world, as well as a fragment of a token. This is the centralized - if not the only - endgame, as you’ll need all 3 pieces to activate the final “area”; essentially just a closing cut-scene. While AER becomes more intricate during these portions, you’re also stripped of the game’s most enjoyable feature here - the ability to fly. And it doesn’t help that the physics can feel a touch floaty and imprecise; a blemish that grows more prominent when hopping onto smaller and/or moving platforms. 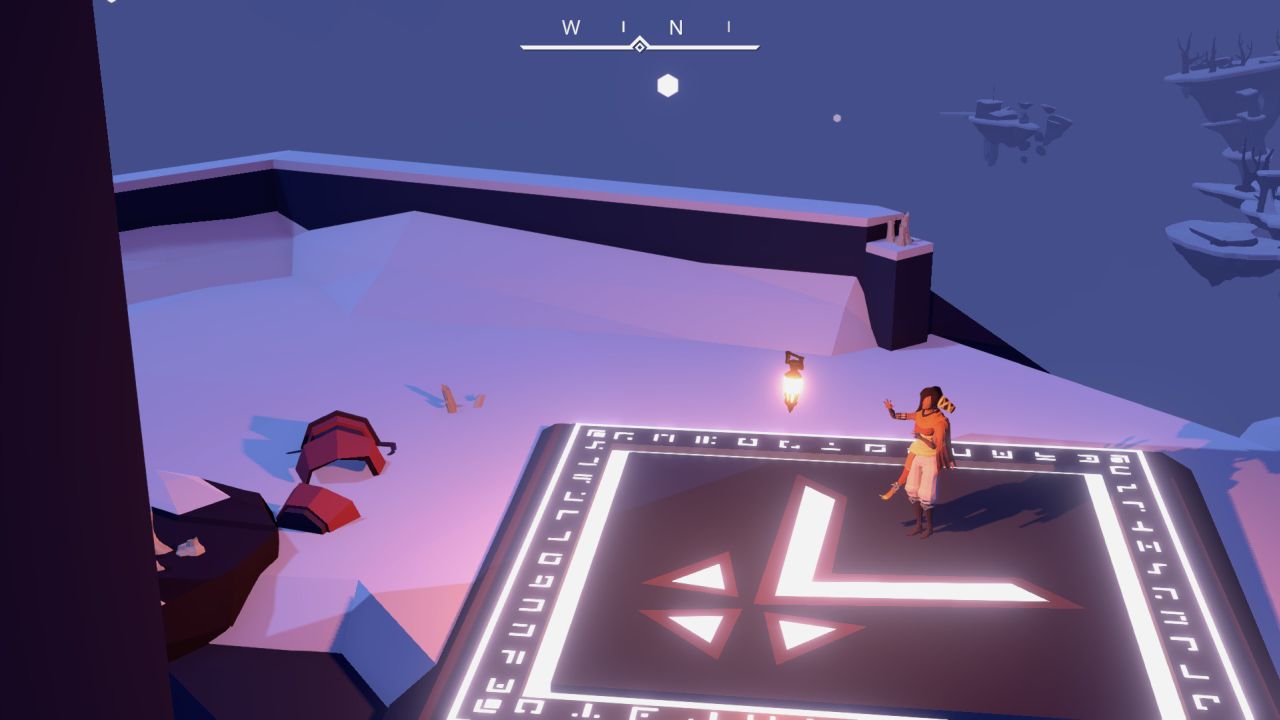 In all fairness, when it comes to the rather empty, occasionally flawed adventure that makes up AER, isn’t all doom and gloom. Despite the lack of a flying ability indoors, the temples can still be fun and rewarding to complete - namely because they stand as the only real source of a concrete “achievement” throughout. But while flying is enjoyable, its merit is diminished when there’s just not that much to explore on the islands in the first place. In essence, AER feels frustrating overall - not so much because of its minimalistic gameplay, which at least succeeds in providing a relaxing ride - but because of its unfulfilled potential. The game offers a promising foundation with a charming aesthetic, cool mythology, and uniquely desolate atmosphere, but much of it just feels uneventful and undeveloped. As it stands, AER rings as a fairly hollow journey.

Our ratings for AER: Memories of Old on Switch out of 100 (Ratings FAQ)
Presentation
70
AER is all about atmosphere, and it largely delivers here - with its melodic, tranquil soundtrack, imaginative world building, and visuals that are both simple and appealing. Some of these elements could have been fleshed out more, though the barrenness partly contributes to the game’s relaxing nature.
Gameplay
60
Greatly stresses exploration over interaction - relying mainly on basic platforming and puzzles for the dungeon parts, and flying elsewhere. Flying is fun and puzzle-solving can be rewarding. Still, there’s a lack of depth and detail that weighs some of this down.
Single Player
62
AER coaxes the player to explore its sandbox with its sprinkling of interesting lore, though it can be tough to get a grasp on the plot given the random locations and ambiguity of the exposition beats. The pacing can be slow and dull; a tough feat given the slim, 3-4 hour campaign.
Multiplayer
NR
None
Performance
55
The game chugs with some stutter and rough loading times, which is odd considering how few elements exist in the game’s world, which itself isn’t all that large.
Overall
60
AER: Memories of Old teases its potential with some amusing bits - namely the rich atmosphere and the bliss that comes with soaring through the skies as a bird. Still, it feels a bit like Zelda-meets-Myst - with much less detail or interaction. Tough to recommend, unless you find great value in a characteristically passive, serene adventure game. 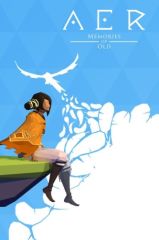 1382. The Dark Crystal: Age of Resistance Tactics
Xbox One

All videos for AER: Memories of Old (1)
Advertisement ▼