An action-packed adventure that mostly lives up to its name

What's a more epic premise for a game than Armageddon? How about Armageddon times 2?? Yes, the world that comprises Double Fine's RAD has been hit with two bouts of civilization-ending carnage; turning the lands into a toxic ruin crawling with mutated critters. Seriously though, while the post apocalyptic setting is nearing "zombie shooter" level in terms of cliche, RAD manages to make it feel fresh and interesting. It does this by fusing retro cyberpunk and toxic Armageddon themes, and runs with them to an absurd, cartoony degree for its intrigue. Beneath the simple exterior is some feverishly addictive action-roguelike gameplay that's surprisingly in-depth. The game brings the usual frustrations of a roguelike - random elements, permadeath, and brutally sluggish progression. At the same time, it's largely these traits, along with the colorful 80s themes and goofy humor, that make for an enduring, satisfying romp. 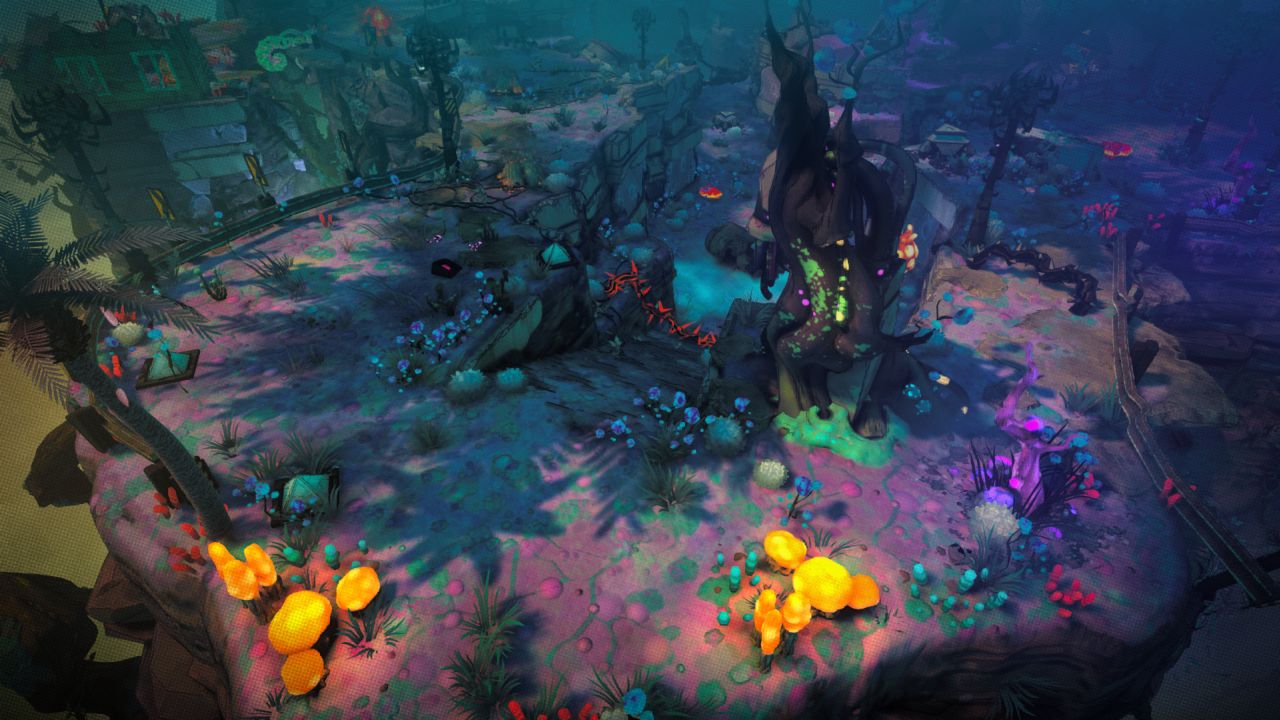 The game's premise is pretty simple - you play as one of a number of stock looking 80s-era teens who's sent to the toxic lands of the "Fallow." The goal? Take out baddies, gather cash (in the form of cassette tapes), floppy disk keys, and reach a power source to fuel your run-down colony. Aside from this basic premise, RAD's narrative takes a back seat to its rich environments and pummeling of action. The only bits of story you're fed after venturing out are some brief lines of exposition as you progress, and from discoverable altars of an ancient industrial colony, the Mendors.

The hack 'n' slash gameplay of RAD seems pretty straight-forward - bash enemies with your baseball bat as you scramble from one area to the next. But the game blindsides you with some nuance that almost demands trial and error to make any real headway, as you'll need to learn the unique enemy behaviors and level design. On top of simply mashing the "X" button for basic close-range attacks, you can also do Link-esque spin moves by holding the button down for a bit. You can additionally bust out stronger lunge strikes, jump kicks, and butt pounds that can boop foes off cliffs.

The crux of the game's enjoyment, however, lies in the dozens of powerups, called "mutations," of which up to 3 can be obtained - and eventually augmented - during your run. Indeed, you'll want to stress these abilities over close-range bat swings that make you vulnerable. Mutations are gained by notching XP (or "Rads"), which accumulate when taking out enemies, and by stepping on hidden shrubby areas. You can gain Rads more quickly by stringing together satisfying combos during a short, ambiguously displayed window of time. 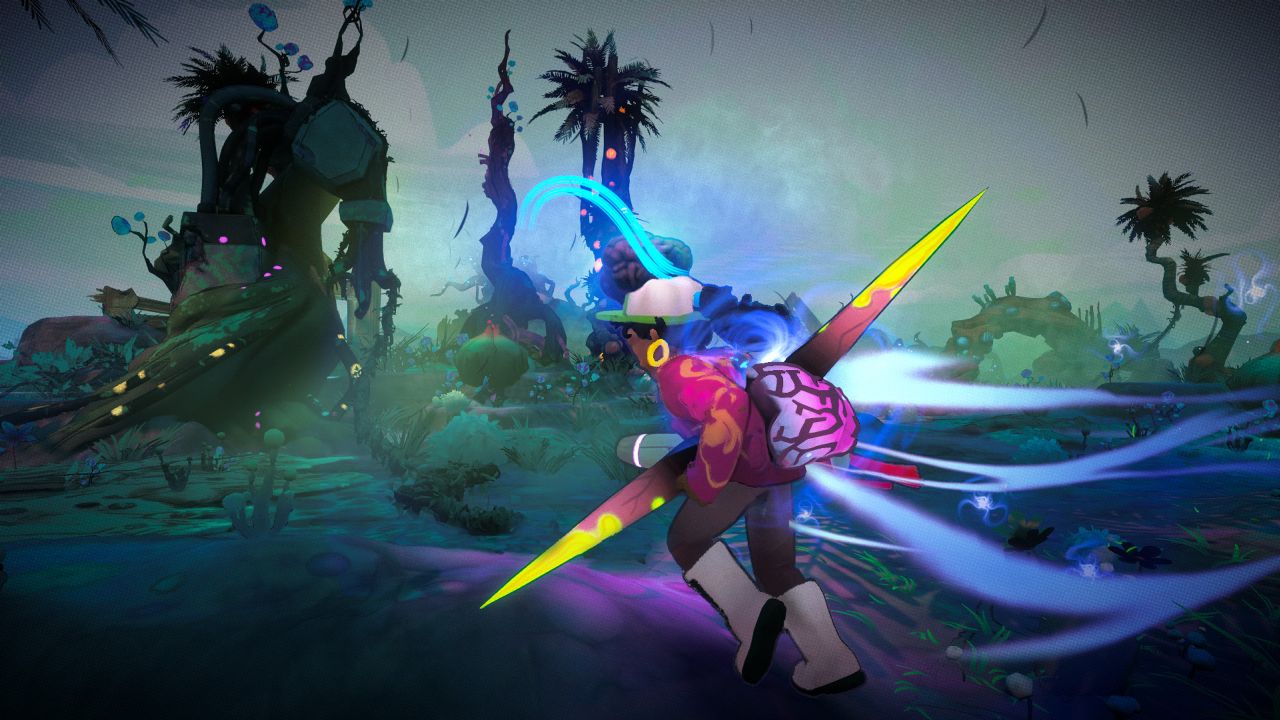 These mutations invite all sorts of fun, dynamic ways to attack baddies. They range from a deformed boomerang arm and exploding skull projectiles, to the cheekily named "Toxic Dump" that leaves a trail of radioactive sludge. You can also earn passive buffs, or "endo mutations" like the ability to scope out hidden items/foes, or immunities to toxic pools or electricity. It's these neat random elements that will have you crawling back for more. In a similar vein to Has Been Heroes or Binding of Isaac, RAD gives abilities more frequently and presents items in shops once they've been unearthed, enticing you to make more discoveries.

Another key element that beefs up the replayability is the game's randomly generated environments. While the actual campaign only contains 3 biomes with two stages a piece, the experience is kept relatively fresh with a shuffling cycle of assets, enemy spawns, and level designs. Each isometric stage is laid out in a web of platforms, bridges, and a few underground corridors where you can collect goodies and gain endo mutations. If the game's feeling merciful, you'll find ATMs that give you access to cash compiled and stored from previous runs, or item shops selling healing potions or mutation accelerators. You may stumble upon other humans that offer bite-sized sidequests which yield rewards, or even find a game-changing artifact that grants you an extra life. In fact - it was this rare find that often helped me grind out to completion.

As there are only 6 levels, things rapidly escalate in scope and difficulty as you progress. The initial goal is to seek out 2 statuesque structures, which unlock a door leading to one of a handful of intense boss fights. In the meantime, you'll be dealing with a colorful palette of hostile mutant foes. 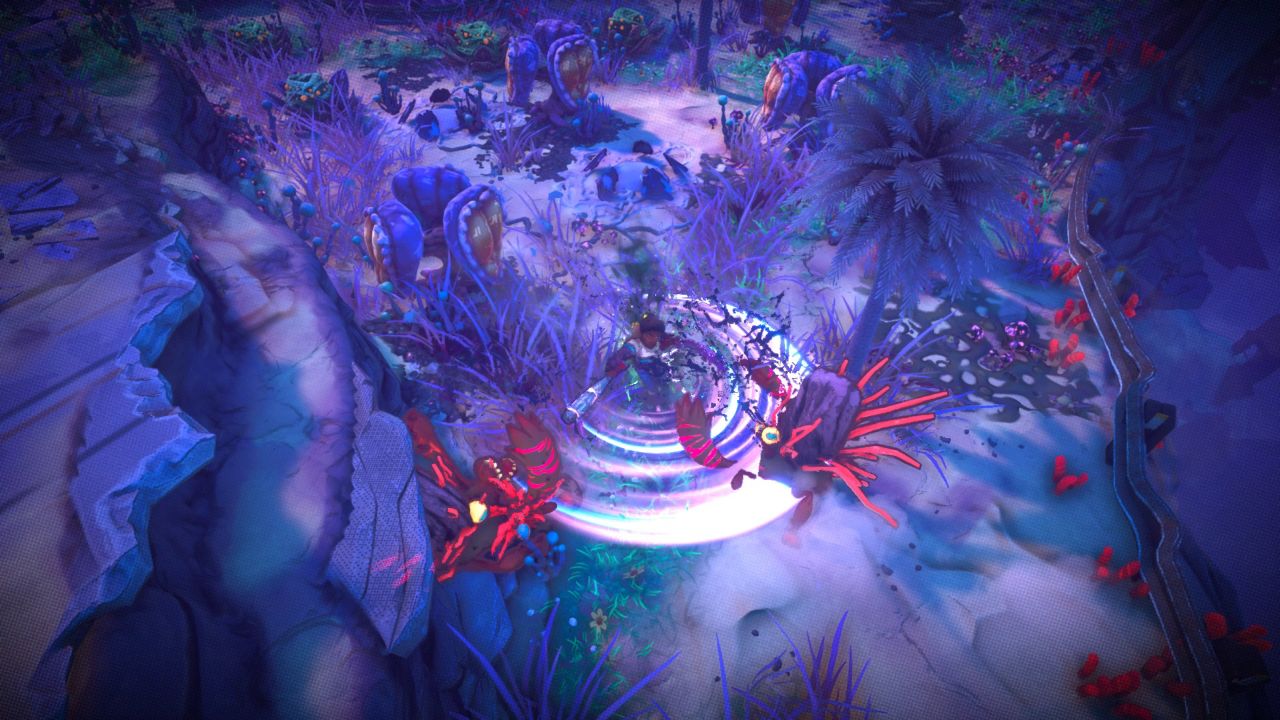 These range from spiked/exploding bugs emerging out of the ground, to bats that spew toxic waste at you. In later stages, you'll be navigating more complex webs of platforms and looking for several points of interest to gain entry to the boss. These are often guarded by swarms of brutal enemies such as shielded, prod-wielding mutants and turrets. You'll even have to dance around weather elements like lightning strikes in some of the later stages. It's this latter portion of the game that gets frustratingly chaotic, but simultaneously more exciting. There can be some repetition and cumbersome backtracking at times, to be sure. Overall though, the sporadic nature and amount of "stuff" to do in each stage makes for a consistently entertaining journey.

While the random chaos of RAD is its main draw, it can also be its biggest detriment. Though one would expect a lack of progression with a roguelike, RAD's pacing and achievements can feel pretty erratic and slow. There may be instances where you're dealt a particularly rough hand. You may be tossed a weaker mutation - like egg drops which spawn friendly critters. Oftentimes, the game just flat-out refuses to offer you means of healing when you need it the most, or its procedurally generated stage will be abnormally tricky. In fairness, skill and wits do tend to win out, though luck can be a bigger factor than RAD lets on.

Such is the nature of the roguelike, I suppose, but these elements can stand out in a game whose permanent unlocks/perks are gifted at such a slow trickle. It can be discouraging to engage in an hour-long campaign only to squander it by a couple ill-advised cliff falls and an extra-sneaky enemy ambush. Unlocking new characters and conditions (like swapping some health for a fire shield) prove mostly inconsequential. Meanwhile, weapon unlocks - such as a bat that nets you more XP - can help, but may take hours of grinding to earn. Basically, you should expect many deaths and unproductive runs before even reaching the game's final biome. Luckily, RAD proves appealing enough to keep you coming back for more, despite the occasional monotony and the abuse often taken with each grueling run. 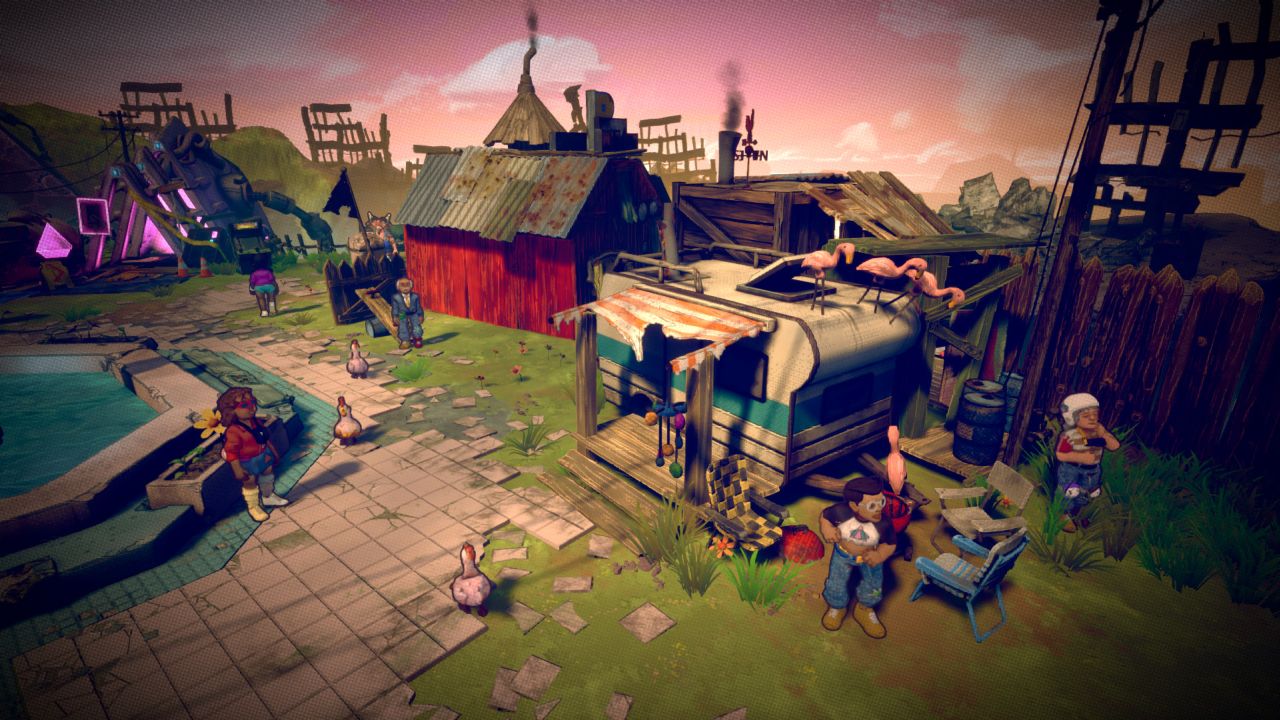 If you seek a change of pace and have completed the 90-100 minute campaign, or just need a break from the many futile attempts to do so, you can take part in daily challenges. These are pre-set biomes with trickier conditions, as they run on a time limit and strip away any unlocked weapons. The core gameplay is largely the same - though these challenges somewhat reinvigorate the experience with their sense of urgency and the enticement of daily online leaderboards.

RAD isn't without its flaws and frustrations, but the subtly in-depth gameplay provides a solid foundation that's both accessible and grippingly challenging. The abundance of fun, random elements - especially the mutations - remind us why roguelikes can be so uniquely enjoyable. It captures that feel of grinding through a particularly tough arcade game and feeding it yet another quarter - which is fitting given its charming 80s themes. If you're willing to take your lumps and deal with some rough progression, a tremendous action-laced experience awaits you in the Fallow.

Our ratings for RAD on Xbox One out of 100 (Ratings FAQ)
Presentation
80
Charming on just about every front, with a colorful stylish comic aesthetic, amusing voice acting, and some deliciously appealing synthwave tracks to add to the 80s vibe.
Gameplay
79
Feels both familiar and novel with its action-based mechanics, which are enhanced with tons of unique, entertaining mutation abilities. Each stage, while not mind-blowing, maintains a level of freshness and keeps you on your toes, being procedurally generated.
Single Player
75
A paradoxically lengthy and short campaign - as a run can take under 2 hours, yet the difficulty, slow progression, and random variables ensure plenty of intense grinding to reach the end. There are even multiple endings to mix things up. Daily challenges breathe some life into the replayability, which is already robust.
Multiplayer
NR
None
Performance
68
Occasional rough frame rates, somewhat lengthy load times, and one frustrating game crash. Overall sufficient performance, though.
Overall
78
With the vast array of wacky mutations and other random elements, you can milk a whole lot of enjoyment out of this $20 adventure. Roguelike aficionados and retro gamers alike should definitely give RAD a look. 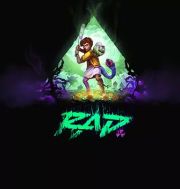 All videos for RAD (3)
Advertisement ▼