Do kids these days know about Reboot? Or is that just something only old men like me can recall? Regardless, it was a cartoon where the action took place entirely inside a computer. Computer guardians were tasked with defending their land from rampant viruses. It's very 1990's, but still an interesting setting for a story. Apparently Traxmaster Software thought the same, which would explain why their debut effort, Exception, boasts a similar theme. Can the magic that worked for 1990's Canadian animation be replicated in 2019, though? 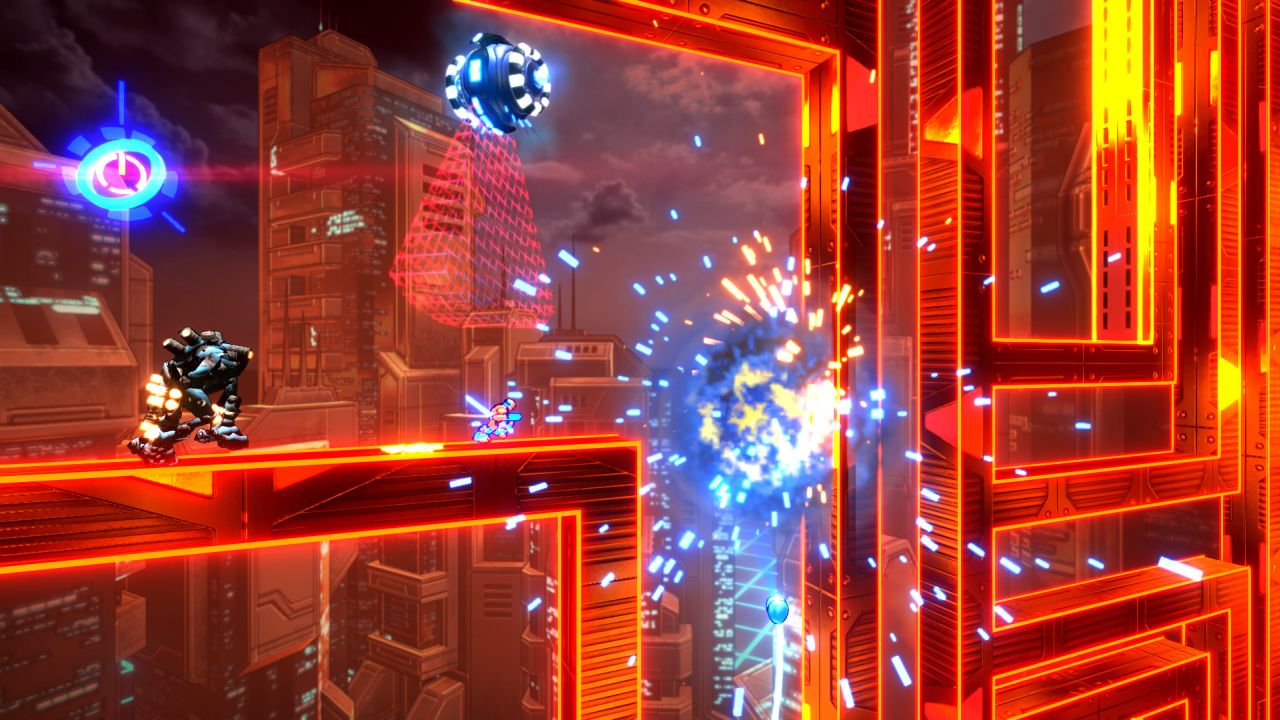 The set-up for Exception is that you're a nameless Thread living in an old lady's computer. When she does as old people tend to do and downloads a malicious virus, the entire laptop is damaged. The virus known as Titan has essentially taken full control over the world inside the computer. However, you are the exception to the take-over, as the Thread has somehow managed to skirt by. Partnering with three other stragglers, the quartet will need to come together in order to restore the system to the high-efficiency machine it used to be.

There's a nugget of an interesting plot buried within the game. The idea of an outsider coming in and taking control of a chaotic state is one that has many real-world comparisons. However, the title doesn't bother giving any of the characters any shading or depth. There are all just blank slates with singular goals: freedom or control. And yes, that may make sense because these are just facets of a CPU, but that doesn't make for an interesting story to follow. The kicker is that the story wraps up with an asinine plot twist that wasn't developed at all. It seems like it was just thrown in because the studio couldn't come up with a satisfying way to wrap things up, and chose to just go with a surprise. It's dumb, and sours what was an already disappointing narrative.

With the plot taking inspiration from Reboot, the gameplay of Exception pulls from a more modern source. Similar to the chaotic platforming of internet sensation turned console smash N++, the title is a variation on the fast-paced platformer. Each level is typically completed within 40 seconds, depending on how good you are. You'll be bouncing off walls, hopping over cliffs and slashing corrupted Threads on your way to face-off with Titan. As you blaze through these stages, you'll sometimes feel like a real badass. 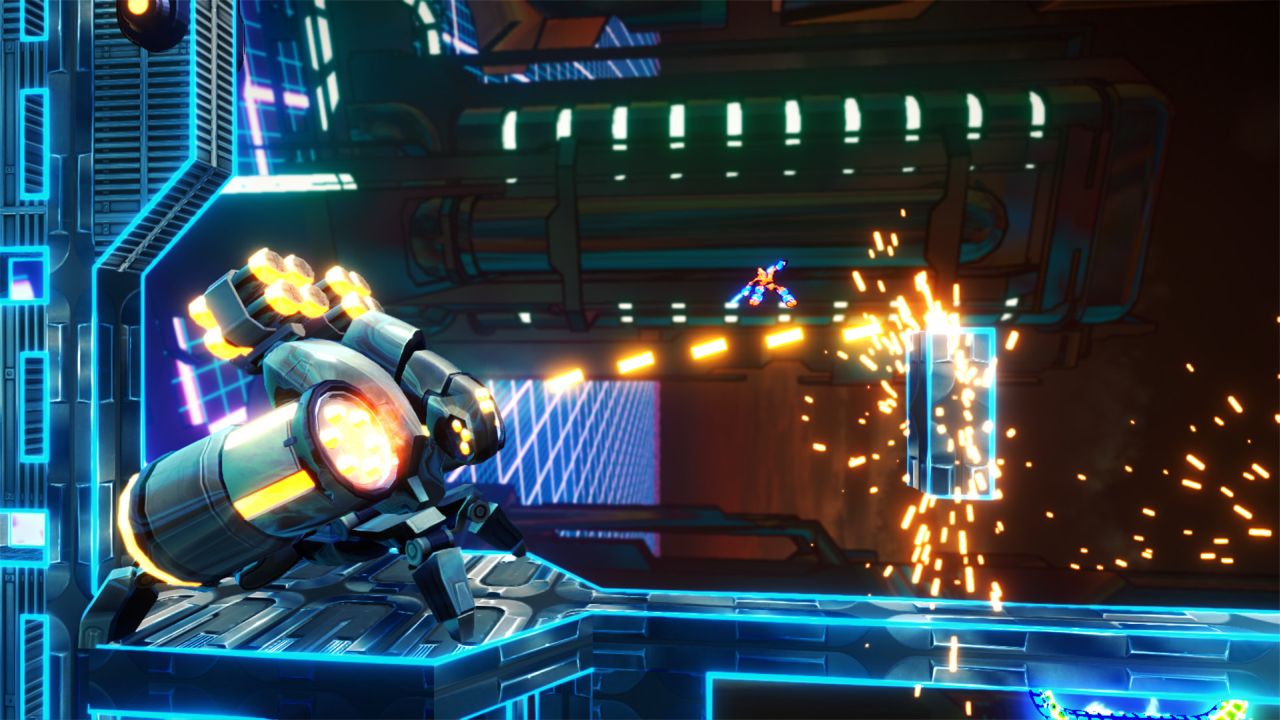 That is, you'll feel like a badass when you aren't wildly careening into a chasm. Like in N++, the controls and physics of Exception are floaty and imprecise. You're just as often going to fly over a platform as you are going to properly land on it. The type of high-level accurate platforming the game asks of you doesn't gel with how it actually plays. The two aspects of the title feel like they were pulled from entirely different games at times. It leads to a campaign that may not be too difficult, but one often prone to moments of frustration. You know where to go and what to do, you're just forced to wrestle with the sloppy mechanics.

In order to compensate for the loosey-goosey physics, Traxmaster could have done a better job crafting the levels. With 128 included in total, most of them don't feel that much different from one another. They tend to follow similar patterns, with only a select few feeling truly unique. It's not like the team doesn't know how to create a fresh challenge, either. The back-half of the game contains two excellent batches that really flip things around. Unfortunately, after that it's right back to the same old, same old. I wish there was more experimentation, as the ideas behind the title are practically begging for it.

While you're out hopping and bouncing around the mainframe, you'll be striking down plenty of corrupted Threads. Pretty much all of them can be taken out with a single swing, which is for the best. Like the platforming, the combat plays fast and loose. You do unlock some additional abilities over the course of the campaign, but you don't necessarily have to take advantage of them. Most of them are predicated on charging as well, which seems to fly in the face of the speed-running the title wants you to partake in. The only time it really becomes an issue is during a few of the boss battles. They're all brief, but the bare-bones combat feels more exposed than usual during them. 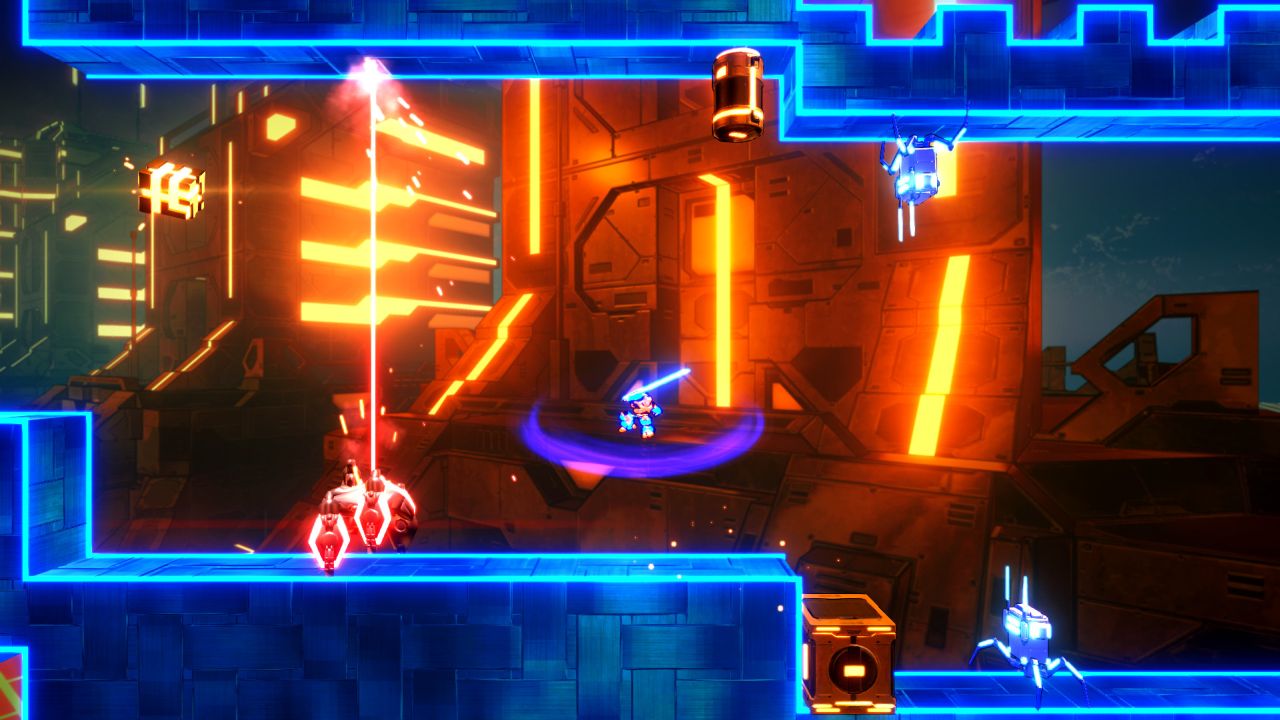 Even if I wasn't totally enamored with their layout, the levels do have some killer presentation. In just about every level there are switches that you trigger that will alter your surroundings. Sometimes new blocks will appear or the entire stage gets turned on its head. It's a neat mechanic that does a good job of disorienting you. As cool as it is, though, it's still not enough to make-up for the repetition that seeps in over time. Like a magician that repeats the same trick, the magic begins to fade the more and more you see it.

I'm a fan of Exception's style as a whole, to be fair. Apparently, the inside of a computer is a neon-soaked paradise. And while I'm not sure that is entirely accurate, it does make for an enticing art style. One cool thing the title does is that the screen gets distorted when you take damage. Not to the point of distraction, but enough to notice that you may be in some serious trouble. The character design isn't too shabby either. The Thread you play as has a decent enough look, but I'm a big fan of the goofy sidekicks that accompany you. They look like they would have fit right in with often forgotten CGI disaster Robots. The synth-heavy soundtrack, which features tracks from the likes of Kalax and Street Cleaner, is excellent. A rare example of something I would listen to outside of the game itself.

Exception has some great ideas, but it struggles to come together for a memorable experience. The level design alternates between repetitive and exhilarating, and the loose physics don't work well within the confines of the game. It feels like a title stuck between two different kinds of platformers. Instead of just sticking to one, though, it does both only half-way. And it's a shame, because the dynamic presentation is essentially wasted. In an overly crowded genre, that's just not good enough. There are more worthy experiences both old and new available already.

Our ratings for Exception on Xbox One out of 100 (Ratings FAQ)
Presentation
80
Bright, neon visuals shine on screen in Exception. The mechanics behind how each level dynamically changes in a single run also make for a great visual spectacle. The real highlight is the ace soundtrack, though, which fits the title to a tee.
Gameplay
54
The physics of the Thread are too floaty and clumsy in relation to the tight platforming the title requires. Instead of racking your brain over how to solve each level, you're often just fighting with the controls. The limited combat is equally loose.
Single Player
30
There's almost a decent story here, but a lack of development and an asinine twist completely ruin it. At least there are plenty of levels to play through, and you can just skip the story entirely if you so desire.
Multiplayer
NR
None
Performance
75
Exception generally runs fine on a base Xbox One. Some of the special moves, such as the downward dash, can sometimes feel stiff to pull off. I'm chalking that up to the fact that all of the special moves require charging for some reason, though, and not input lag.
Overall
56
Exception is a bog-standard platformer that rarely rises above mediocrity. Its saving grace is an excellent presentation and a fire soundtrack that you should check out even if you have no interest in playing the actual game. Otherwise, look elsewhere for your platforming kicks. 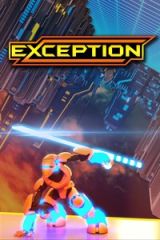 1487. Degrees of Separation
Xbox One

All videos for Exception (1)
Advertisement ▼