Flipping Out While Flipping Around

Etherborn made me feel stupid. Not exactly a Sisyphean task, mind you, but it still needed to be said. For some, that may not be enjoyable. For me, however, that's the sign of a good puzzle game. You should feel challenged and stumped by it. If you can just run right through in short order, then the studio didn't do a good job of testing you. Considering this is the first project from Altered Matter, that's quite an accomplishment. 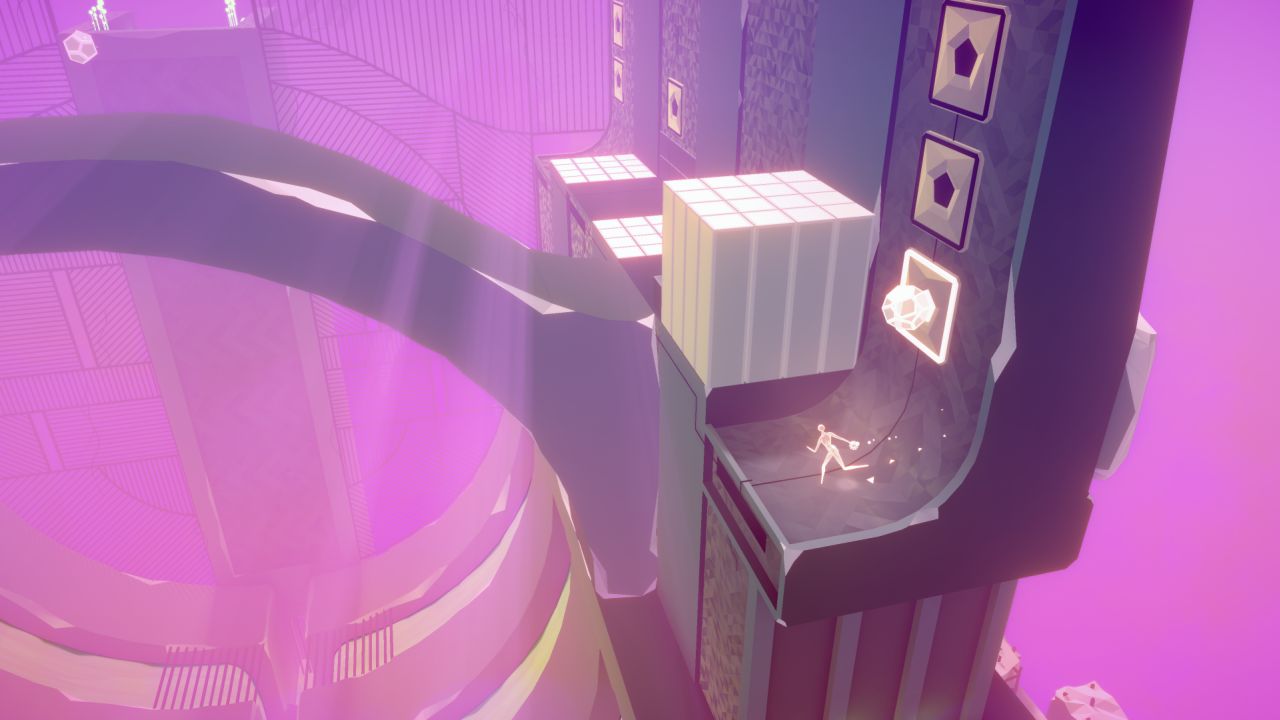 There's a story to be found in Etherborn, but good luck trying to make sense of it. When the title begins, your humanoid-like character is symbolically birthed. Literally, the cave you walk out of looks very much like a female's private area. From there, a journey unfolds to unite the voiceless humanoid with a bodiless mind. As the game's store description states, the adventure is essentially to figure out what the meaning of your own existence is.

That's an interesting story thread. A little pretentious, yes, but still intriguing. Unfortunately, the only way you get any of this information is from dialogue spread throughout the campaign. Not a terrible way to tell a tale, especially for this genre. However, for this to work, the script needed to be much stronger. Instead of coming across as deep, it comes across as insipid. It reminded me of the inane ramblings of the titular character from Adult Swim's Xavier: Renegade Angel. It definitely made me think, just probably not in the way the developers were intending.

As a puzzle game, though, narrative is second to the actual gameplay. Which is great for the case of Etherborn, as the puzzles stand far above the meandering plot. The title is a platformer where gravity and perspective are constantly in flux around you. Using ramps built into each world, you can run up and around almost every surface in the game. Which will be necessary, as the light orbs you need to collect are expertly hidden around each location. Some are in plain sight, while others will take some heavy thinking to collect. 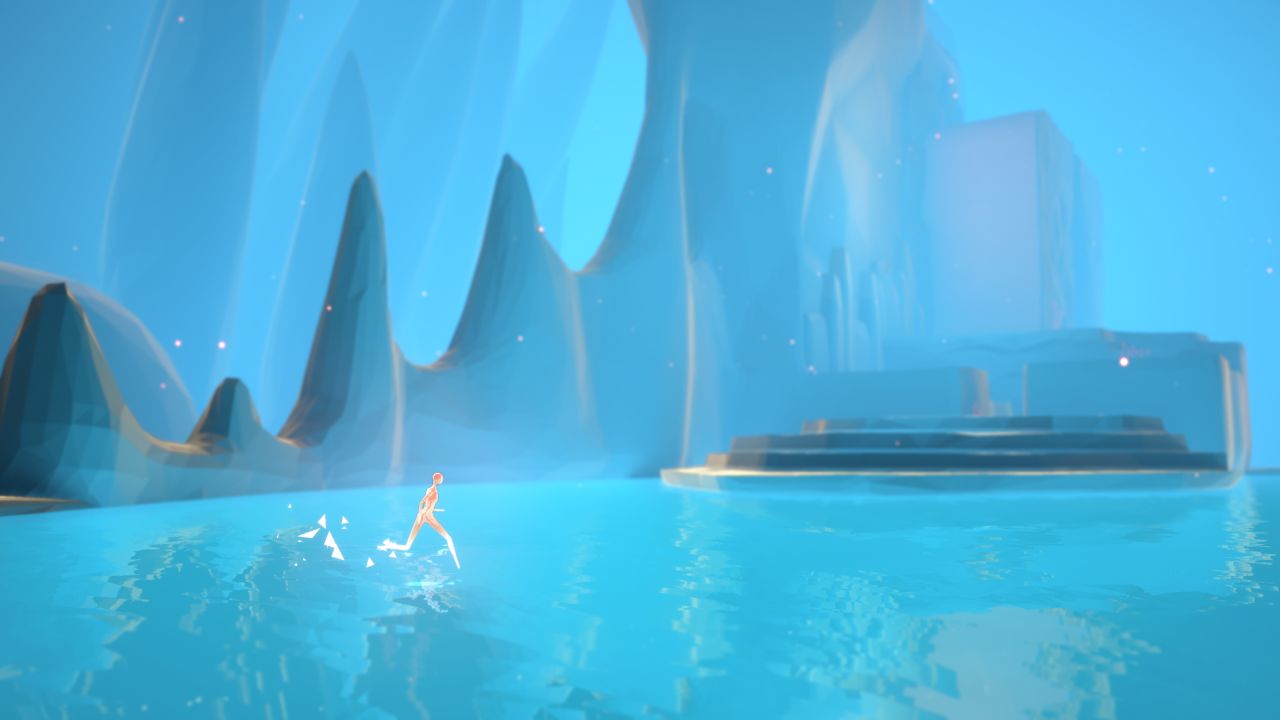 The perspective-shifting challenge provided by Etherborn reminded me of another critically acclaimed puzzler: Monument Valley. The way the title forces you to look at each level from a different angle calls to mind the popular mobile franchise. It's not an entirely 1:1 comparison, but the core ideas feel familiar. And if you're going to provide a twist on an established formula, there are certainly worse games to call from.

It's a variation that works to great effect. As mentioned, the title challenged me in a way that no other has in quite some time. It's easy to get tripped up trying to figure out a solution to reach that one last annoying orb. And ultimately when you do figure it out, you'll probably want to kick yourself for not seeing it sooner. The solutions make sense, though, so I wasn't getting angry about getting stuck either. Well, maybe angry about how stupid I was, but not angry at the design of the game itself.

Unfortunately, there's not a ton of content in Etherborn overall. At a scant five levels, the experience is over way too soon. Even after getting stuck several times during my run, I was still able to clear the entire game in a pretty short amount of time. Once you finish up the campaign for the first time, you do unlock the campaign+ mode, but that doesn't add too much content. This new mode repositions the orbs in new locations in each level. However, once you understand how to approach each stage, it's not particularly challenging to find the new orbs. There needed to be a greater overhaul on each level in order to make challenge+ mode actually worth playing through. Or even, for as much as I dumped on it, new exposition. Something that wasn't just a slightly tweaked version of the campaign you just completed. 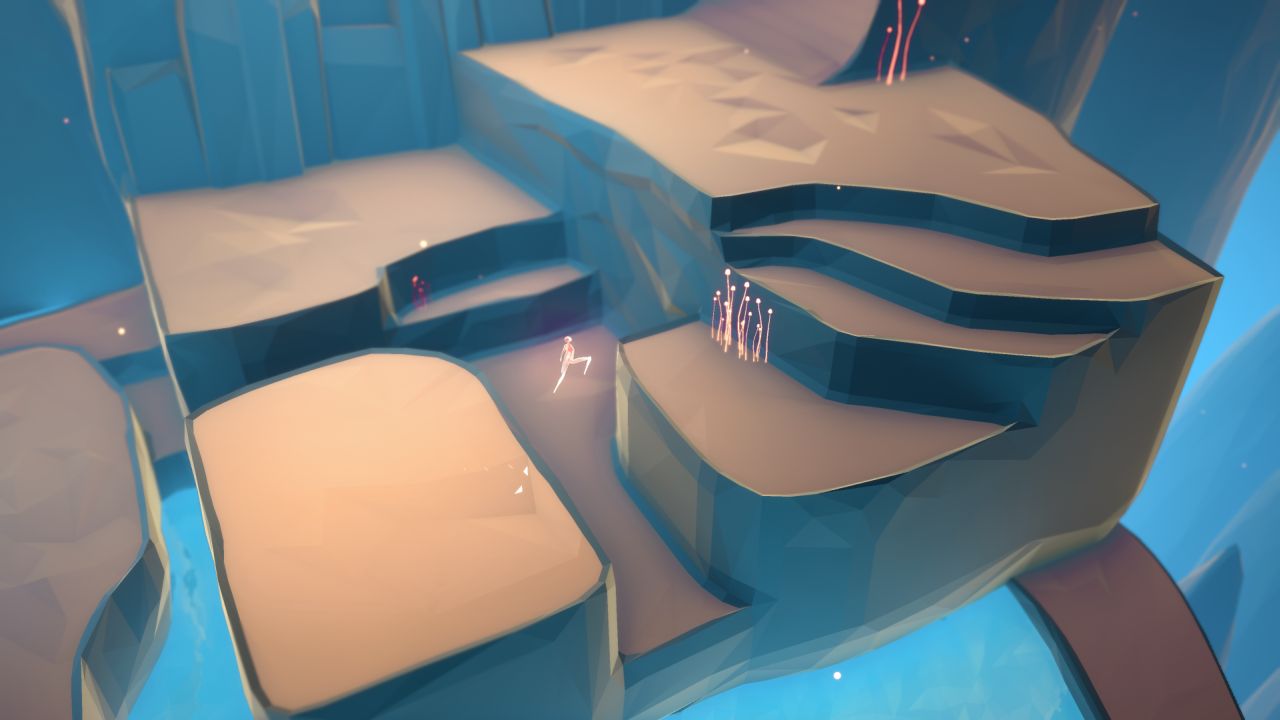 Considering, well, everything else about the title, it's no wonder that Etherborn has a unique aesthetic. It's very surreal and sparsely designed, but somehow still captivating. You shouldn't go into it expecting detailed worlds. Rather, you should just look forward to getting lost in the strange world you have been thrust into. Altered Matter is also great at using scale to showcase just how big the levels are. Thanks to a constantly shifting camera, you'll really see how small your character is in comparison to everything around them. It's noticeable enough to make you feel a little ill just by looking at it.

Playing through the game on the Xbox One, I did run into a few problems. Not a frequent issue, but there were a handful of times where I noticed some pretty bad lag. This typically occurred when a few light orbs were in the same section at once. I also had a few problems with moving the camera around. The game sometimes locked the camera into place in certain areas, which makes moving around at a band angle a major pain. I know that this is probably because of wherever I was trying to go was wrong, but I still would have liked to figure that out on my own, not because the camera is literally forcing me away.

For as brief as it is, Etherborn is an intriguing puzzler that provides a much welcome challenge. It's entirely unique, and for better or worse, Altered Realm has crafted something that is unlike anything else out there. However, the title would have benefitted from having more content in several key areas. More levels for players to tackle, more alterations in the challenge+ mode and more depth to the meandering narrative. It's a nice debut effort, but for their next project, I hope the studio expands upon the ideas here.

Our ratings for Etherborn on Xbox One out of 100 (Ratings FAQ)
Presentation
74
The surreal and minimalist world of Etherborn holds a unique appeal. It's very different from anything else out there. The soundtrack, while not amazing, does a solid job of following the flow of each level.
Gameplay
75
The platforming featured in the title is far from complicated, but it's merely in service of the wild level design. The camera can sometimes be an issue while you're trying to figure out how to progress through a stage, though.
Single Player
50
While it lasts, the campaign of Etherborn is engaging and interesting. However, it doesn't last nearly long enough, and the campaign + mode is not different enough to compensate. The insipid narration that each level brings can be ignored entirely.
Multiplayer
NR
None
Performance
65
Occasional bouts of slowdown while playing through the campaign on the Xbox One. Typically occurs when too many light orbs are on screen at once.
Overall
68
Etherborn is a creative and occasionally maddening puzzler that will test your brainpower. However, there's not a ton of content here, and the backing narration often comes across as pretentious nonsense. 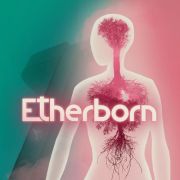 1148. Shantae and the Seven Sirens
Xbox One