Ever since the NES, Nintendo has worked hard to maintain its family-friendly prestige, from adorning some games with the Nintendo Seal of Approval to removing the blood from Mortal Kombat. While some titles might slightly step out of Nintendo's carefully crafted persona, over the last ten years, Nintendo's Brand (with a capital "B") contends with the likes of Disney Princesses and Marvel's Cinematic Universe. An aesthetic that works so hard to be in-line with a corporate vision obsessed with cross-over appeal you can almost see the corporate fingerprints on the cellophane wrapping. And Super Mario Maker 2 is that Nintendo Brand packaged up and sold like a kit of Legos - offering players the opportunity to create, customize, and explore endless hours of content as long it plays within Nintendo's rules. 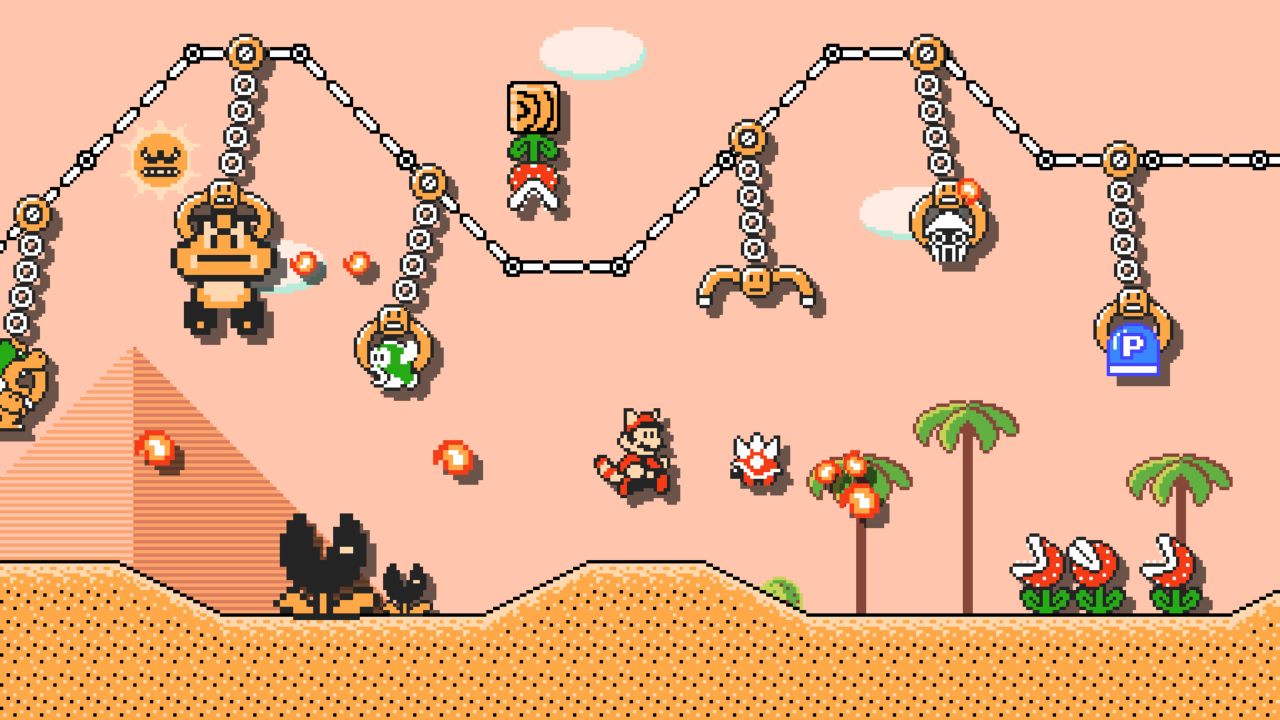 Super Mario Maker 2 is the kind of game that is begging you to love it. It's trying so hard to be inoffensive in its design that it consistently left me feeling lukewarm. It does everything it says on the box, the tools to build are there, the endless cavalcade of user-designed levels scream to be played. All of it is relatively intuitive and easy-to-use. Within minutes you can get the game installed and begin gorging yourself on all of the goombas, mushrooms, bullet bills, warp pipes, and various versions of Bowser you could ever want. You can jump into the builder and spend hours constructing fiendishly difficult levels or frustratingly clever puzzles. Most of what you'd expect from a Mario Maker is there - and it's all fine. There's even a story mode, so you don't have to rely on finding content from the community. But even with all of that, I found myself bored. Having so many levels was great, but you'll quickly find that when thousands, if not millions, of levels are being submitted you're going to start to find repetition. And while building levels is fun, if you don't have a community to present them too, it feels like shouting into the void - something that can be accomplished on Twitter for free.

I think the most superfluous part of Super Mario Maker is how it plays. Which is fine. I'm of the opinion that Mario games are a little too loose with their controls. It's always bothered me how Mario tends to slide around environments after you stop directing him and while some objects kill you with barely a touch, others have a rather generous hit-box. It's not bad, and if you're getting Super Mario Maker 2 you probably know what you're in for. So, in the end, it's not good, but it's not bad - it's just fine. It's a Mario game and if you haven't played a Mario game before please tell me about your lovely cave on Mars where you've been living for the last 30 years.

The "Maker" part of Super Mario Maker was perhaps my favorite part of the game. Super Mario Maker 2 is what I like to refer to as a "podcast game", designed to be played while you listen to or watch something else, and the course creation is emblematic of that kind of gameplay. Putting on something in the background while you sort through items, terrain, and enemies is a fun way to pass the time. It's not engaging enough on its own to be something that takes your full focus and attention, but spending an evening building a level, stopping to play little bits of it along the way before having to beat the whole thing is fun. It's also a good way to teach you how to play difficult games. Level creation forces players to break levels down to bite-sized pieces, mastering little bits at a time. I got far better at playing the game through building my own level than I did playing other people's. 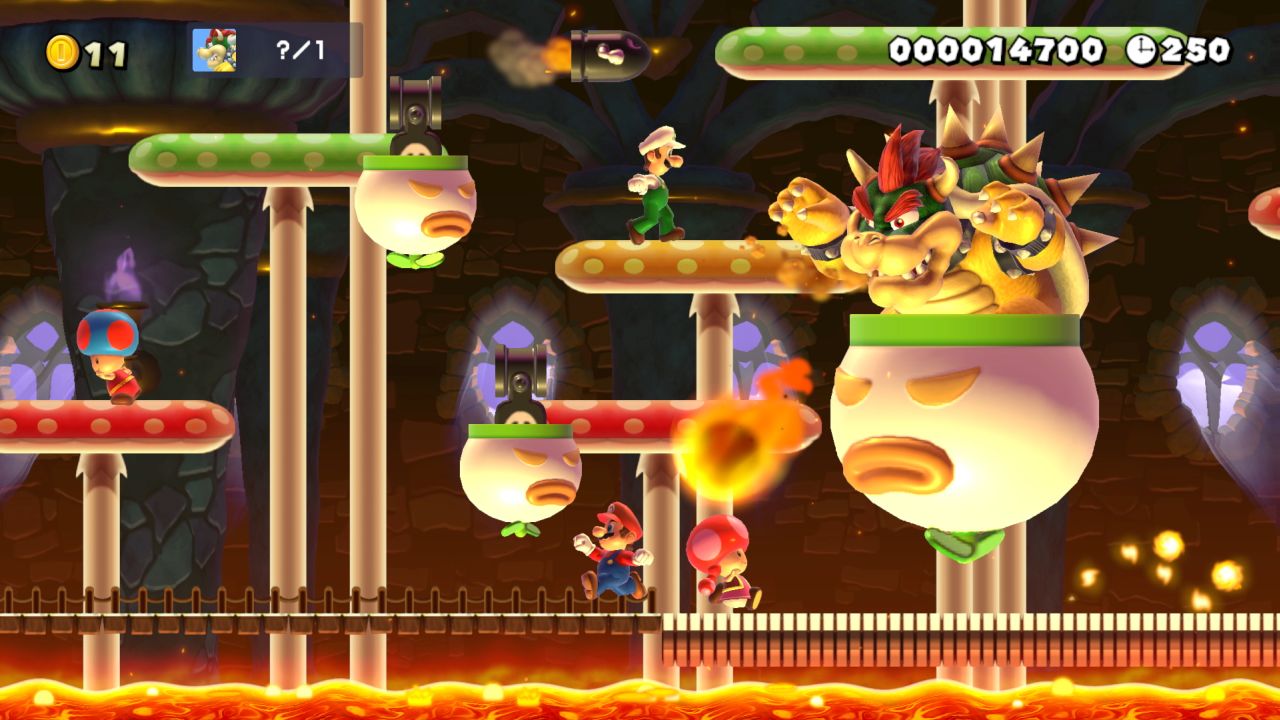 Part of that is because playing the levels made by others can be hit or miss. There are some tools in Super Mario Maker 2 that allow players to give feedback and warn others about the quality (or lack thereof) of a level. There are some curation screens that show you popular levels to try. Another smart curation tool is the tagging system, which lets creators inform players about what kind of level they've built. Whether it's long or short, a puzzle or speed-run.

Despite all of these features, it still feels like you're sorting through melons at a grocery store. Yes, some clearly look better than others, but mostly they all feel alike. While building levels is fun, everything you can build is very on-brand for Mario and that aesthetic might last long enough to be interesting through the entirety of a game that's been carefully plotted out by paid level designers; simply burning through an endless log of user-created material gets boring quick. The irony of it all is that the creation process is so well designed that it's almost hard to make a bad level. That might actually be part of the problem. It doesn't feel like you're sorting through an endless variety of different platformer levels, it feels like sorting through the same kind of levels over and over. Nothing is bad, but nothing is great. The builder helps you to create competent content, but nothing really stands out because it all feels like it's existing on the same level of okay-ness. Then you start seeing the same kind of levels over and over. Here's one where you collect keys, here's one that's built to be more traditional, here's one with a lot of ghosts, here's one with a Fire Koopa Clown Car, etc.

Unlike the build mode, which can take up hours of your time without you realizing, playing the community levels feel more like an experience that's designed to be done on-the-go. Something to do while you're waiting for a movie to start or on a quick bus ride. The levels aren't designed to be remembered (though one or two that I played stand out), they're designed to be quickly played, disposed of, and moved on from. That's great in terms of volume of content, but it also means that so little of my time with the game is memorable. 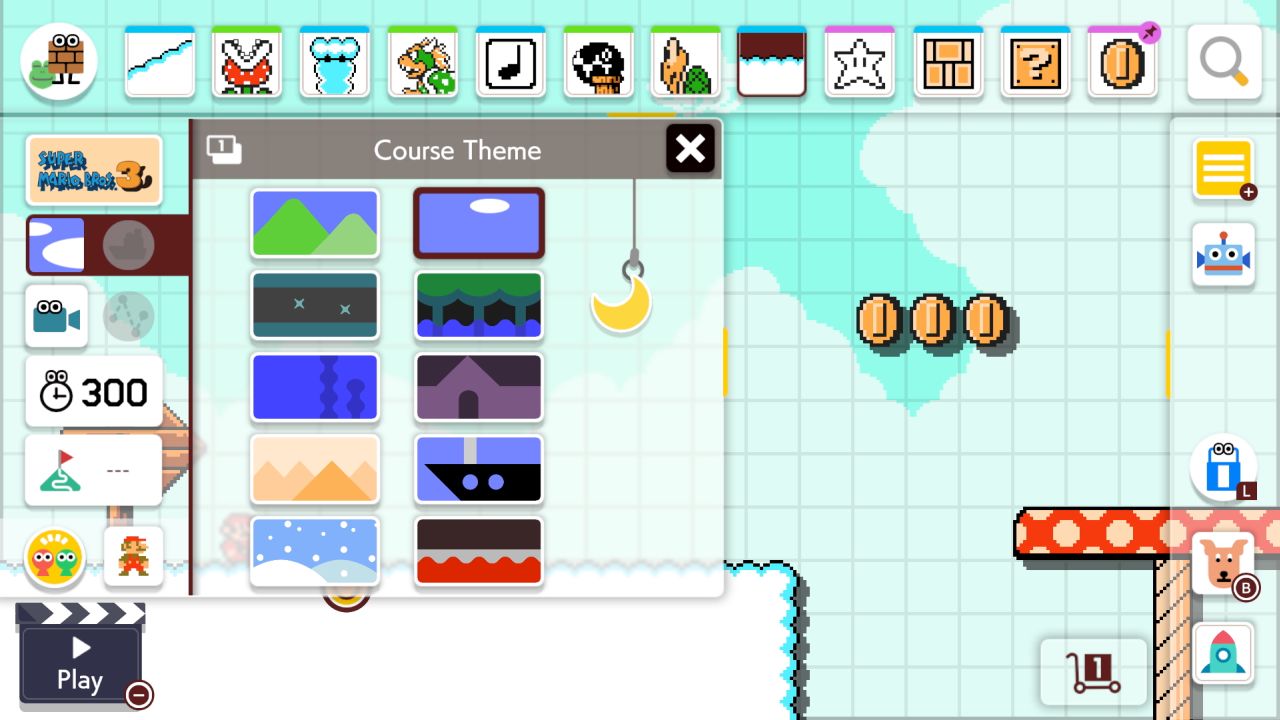 The story mode is passable. The set up is cute, as Mario and various toadstools have just finished building the castle of the Mushroom Kingdom when an accident causes the whole thing to explode, leaving Mario to run various jobs to collect the crew and tools needed to rebuild the castle. Really, it's just a way to give you a list of levels that Nintendo built as a proof of concept - inspiration for when you start making your own. However, again, the build mode is good enough that even these story levels aren't that much better or more consistent than the levels you can just find by jumping into the community created content. All of the levels have the same limitations - good and bad.

It's hardly even worth talking about the aesthetic because the game is so slavishly devoted to looking and playing like a Mario game. But this is actually an issue. It's not made to look like your Mario game. When it comes to aesthetic and design, Nintendo's branding police get downright annoying. For a game that's ostensibly designed around creativity, player options for sound design, theme, and tone are very much stifled. Nintendo wants you to build a level that looks like it came from one of the four Mario games it features. And that kind of whomps. Instead of the ability to create something original, it feels like you're just tacking on to the legacy of other great games - and while those games are great, creating look-alike levels is a little hollow. I get that the title is Super Mario Marker, but giving control to a community should allow for people to play with their own combination of music, art design, theme, and tone. And there are a couple of options for this, but they're barebones, to say the least.

Super Mario Maker 2 sees the addition of co-op multiplayer (both in building and playing levels), but it doesn’t seem like a lot of thought was put into this. Building levels with someone else is cumbersome and clumsy. It’s not much easier than just having someone hot seat the actual building while you talk about a level with a friend. Playing co-op isn’t too much better. There’s no real incentive to work together, the only real difference playing co-op is that when you die you can spawn on another player, meaning only one person has to beat the level. Versus is a little bit more fun, and there are some win conditions you can customize, but usually it’s just a race to the end. The multiplayer comes with a lot of frustrations typical to Nintendo - you can play online but it’s random matchmaking, and there was frequent intermittent lag. All of these multiplayer functions seem like an afterthought. 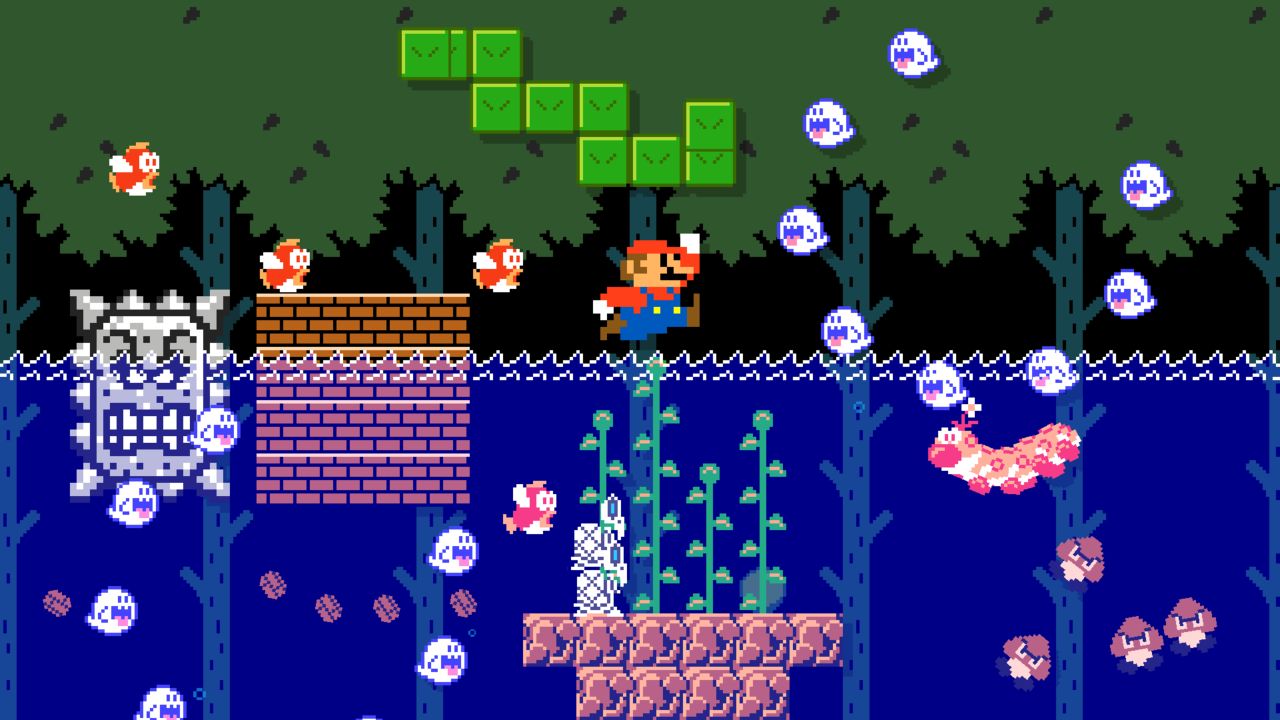 To be honest, I don't see myself playing much more Super Mario Maker 2 beyond the current 25-ish hours, but that doesn't mean I'm ignorant of its value or think it's a bad game. It's just a particular experience for a very specific audience. If you're wanting endless Mario content to stream on Twitch, this will certainly satisfy. If you're looking for something mindlessly to do while you listen to something else in the background, designing a level is the kind of engagement that fits the bill. If you just want to quickly jump into a random level of Mario while waiting for your friends, this game has you covered. But when it comes to being something substantial, an experience that demands your full attention and focus, this is not. Nintendo's brand is slathered on top of Super Mario Maker 2, and such slavish devotion leaves little room for creativity and allowing players to make something truly their own.

Our ratings for Super Mario Maker 2 on Switch out of 100 (Ratings FAQ)
Presentation
60
There's so little room for creativity when it comes to the way levels look and sound, it's quite disappointing. Rather than building your own Mario, it feels like you're building mandated DLC for previous games.
Gameplay
75
It plays like a Mario game. Which isn't my cup of tea, but the quality is on par with other entries in the series.
Single Player
70
There is an endless amount of time to sink into Super Mario Maker 2, playing created levels or building your own, but it's all the same level of "fine".
Multiplayer
60
The versus mode is fun, the co-op is forgettable, but issues with lag and the inability to party with friends is a bummer.
Performance
80
Runs smoothly. Uploading and jumping into created levels is an easy experience.
Overall
70
Super Mario Maker 2 is a perfectly fine way to pass the time, though you'll quickly begin to see the seams. As far as game-maker tools go, it's probably the easiest to use - but that doesn't mean it's the most entertaining or diverse.