It's genuinely astonishing that there haven't been more attempts to make anything like 1990's ActRaiser. It was legitimately ambitious as a launch window Super Nintendo title that sought to combine classic action platforming with strategic city building into a single compelling package. It's still surprisingly unique all these years later, as even its sequel dropped the hybrid gameplay in favor of the more traditional and less distinct hack-and-slash mechanics. SolSeraph strives to bring back that original top-down strategy and side-scrolling platformer sysnthesis that made ActRaiser so interesting. While it does replicate that two-part gameplay structure, it disastrously fails to accomplish much of anything else. It's a short and repetitive escapade that manages to worsen both halves of the ActRaiser structure without making any meaningful additions that might've served to make SolSeraph anything other than a hollow imitator. 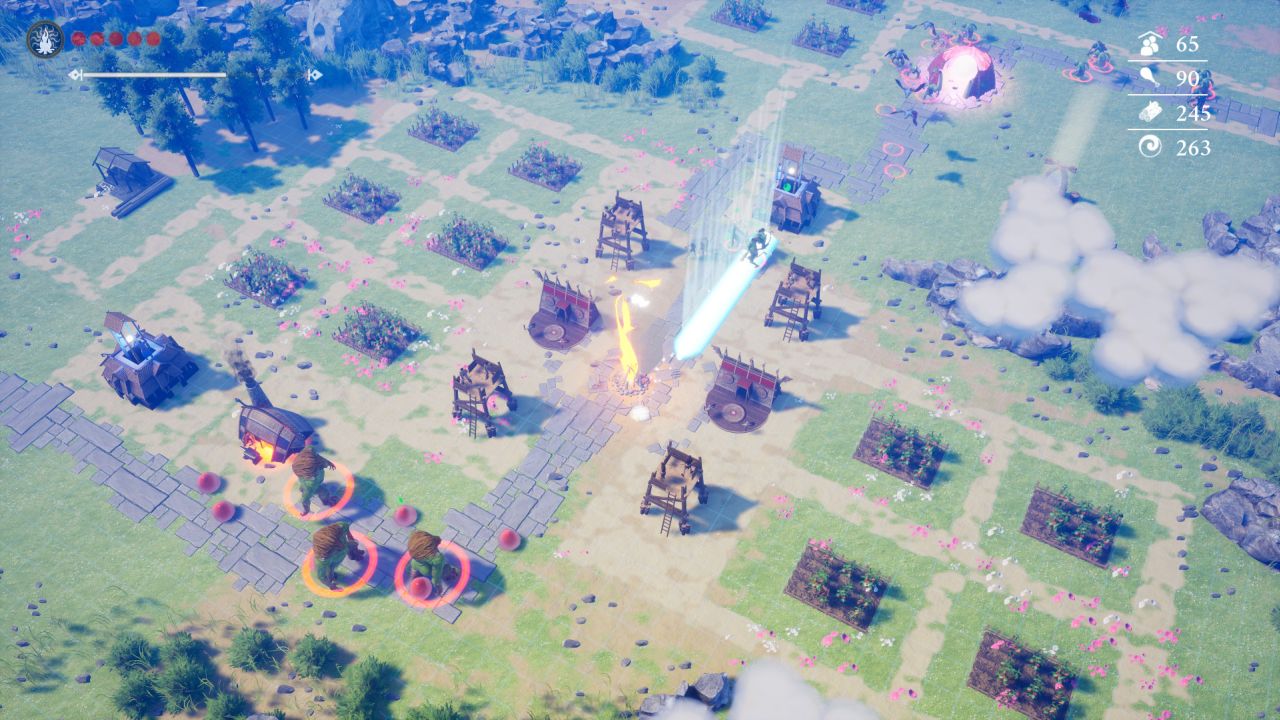 SolSeraph's concept is almost identical to its inspiration – you play as the sun god Helios that must protect the citizens of a local landmass from encroaching chaos. It's a simple and straightforward setup, and there's a good amount of plot potential that's completely squandered. As you slay the encroaching monsters and clear the clouds of chaos, a few of the region's denizens will talk about their current state of affairs. The writing was handled by Jonas Kyratzes who flexed his philosophical chops in 2014's The Talos Principle, but his talents go woefully underutilized here. The dialogue meanders, and characters are never given the time to develop before your godly talents are required by new citizens elsewhere. The more overt narrative is the biggest new addition to SolSeraph, but the mundane conversations between townsfolk do little to inspire or maintain motivation to solder through the monotony.

Half of SolSeraph's gameplay is made up of side-scrolling platforming that feels stiff, lacks challenge, and fails to innovate. Stages take one of two forms: longer and more traditional levels that require you to get to the end and face a boss, or smaller arena levels that make you defeat all the enemies before proceeding. The arena stages are mercifully short, but the combat merely consists of mashing the attack button to clunkily swing your sword through the flood of recycled enemies. You do gradually gain access to a few abilities that consume mana, but occasionally using the standard bow and arrow ability for a quick ranged strike is more than enough, to get through with plenty of health to spare. The longer stages are terribly tedious and don't venture to throw anything other than palette-swapped enemies and clichéd platforming challenges your way. The best way to progress ends up being to just jump around all the enemies, since taking the time to attack them merely slows things down and keeps you in harm's way. The brief invincibility that's granted after getting hit can be used to bypass nearly every encounter, and it's hard not to recommend doing so since the combat is so stiff and simplistic. 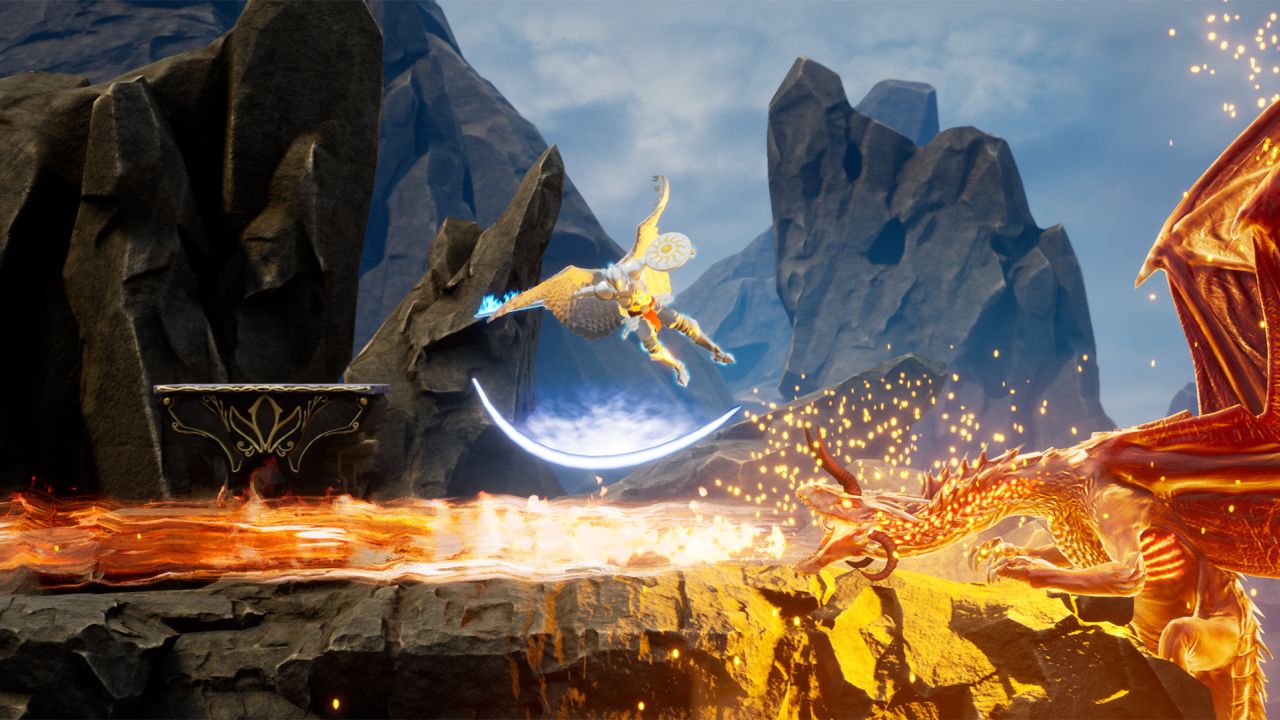 Unfortunately, the top-down city building doesn't fare much better. You're tasked with preventing the encroaching monsters from reaching the town's central bonfire by constructing defenses – it's a paint-by-numbers tower defense. This is a tried and true genre with plenty of excellent source material to draw from, but SolSeraph goes in an uninteresting and repetitive direction. Every area plays out the exact same way: lay down a few roads to extend your building range, build a few sawmills to get the wood you'll need, place a couple barracks along the enemy pathways to slow their advance, and finally use your lightning bolt ability to manually kill everything yourself since the horrible soldier AI doesn't do much. A few regions introduce some interesting twists like floods and island archipelagos, but these apparent obstacles end up being largely inconsequential to the actual gameplay – each region plays out identically regardless. What could have served as a satisfying metagame and supplement to the lackluster side-scrolling action is instead just another insufficient half of SolSeraph's deficient gameplay whole.

Solace cannot be found in the presentation either as it lacks detailed polish and fails to dazzle with its visuals. Attack animations feel stiff, enemies exhibit mechanical movements, level completion lacks any fanfare, and asset reuse runs rampant. There's a decent variety of environments with different biomes on display, but they each reuse or merely palette swap the enemies to fit the theme – hopping goblins in the grassy hills just become leaping lizards in the island keys. The world map looks great and almost photorealistic from far above, but things look worse the closer you get to the surface. Muddled textures and rigid animations plague most of the gameplay and stand out against the nice-looking backdrops. The music is similarly superficial. The main theme is great, but it's too short and repeats ad nauseum in many levels. The rest of the music tracks range from inoffensive background noise to outright off-putting with their abrasive repetition. While SolSeraph starts at a mere $15, it manages to feel even cheaper than its price tag would indicate. 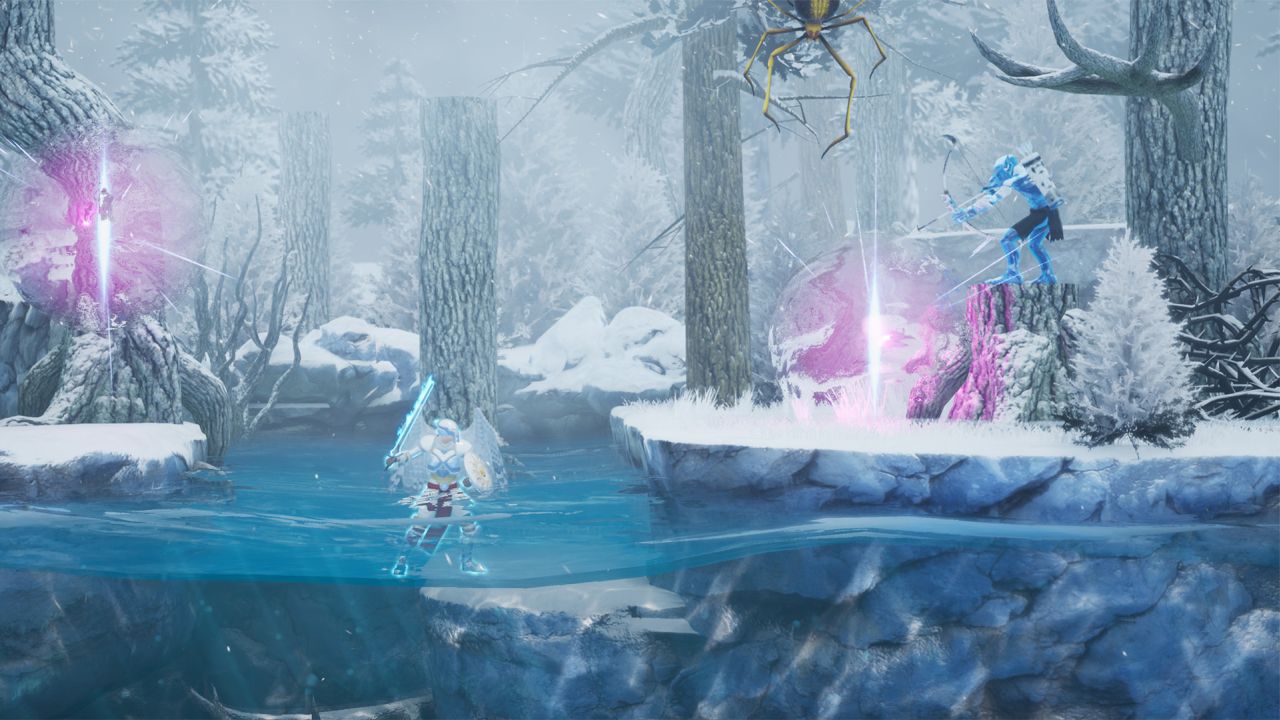 SolSeraph is wholly unnecessary as it serves no unique functions, and it fails to provide any substantial entertainment value. Its most fruitful purpose would be to serve as a reminder to revisit the far superior and much more impressive ActRaiser that managed to pull off everything SolSeraph does (and more) on decades-old Super Nintendo hardware. It's nice to see that the folks at ACE Team still recall ActRaiser fondly, but it's a shame that they couldn't take its incredibly unique conceit and make it their own.

Our ratings for SolSeraph on PlayStation 4 out of 100 (Ratings FAQ)
Presentation
50
The environment variety keeps the backgrounds from looking too similar, but everything is slathered in an unattractive unreal engine sheen. Some enemy designs are notably interesting, but movement looks and feels stiff thanks to rigid animations.
Gameplay
55
The unique blend of tower defense and action platforming is novel, but everything is overly simple, stiff, and repetitive. There are quite a few toys and abilities to play with, but there isn't much reason to.
Single Player
40
There's a plain plot that's comprised almost exclusively of uninteresting characters interactions that don't have the opportunity to go much of anywhere in the game's abysmally short hour and a half long runtime that's devoid of any extras or optional content.
Multiplayer
NR
None
Performance
65
Performance takes a nosedive when dozens of enemies are on screen at once, but it doesn't occur often. The friendly soldiers in the tower defense sections suffer from awful AI pathing that renders them nearly useless.
Overall
46
Painfully plain mechanics and an inadequate narrative render SolSeraph insufficient entertainment for nearly anyone. ActRaiser fans will find its flaws indefensible, and anyone else who manages to stumble upon it will fail to be captivated by the excruciatingly repetitive tower defense and tiresome action platforming. 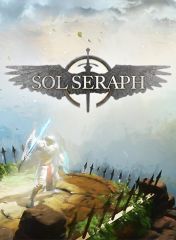 All videos for SolSeraph (2)
Advertisement ▼