THEY ARE BILLIONS
Platform: PC
75
SummaryNewsArticlesVideoScreens

They Are Billions Review

Surviving against the odds

After an extended period in Early Access, the zombie-themed RTS/tower defense hybrid They Are Billions has been officially released alongside the addition of a full singleplayer campaign. It is worth noting that I have been playing They Are Billions for most of its early-access lifespan, and put about fifty hours into the survival mode before the official release. This is testament to the quality of the core concept and gameplay of this strategy title, as initial curiosity lead to a significant level of addiction even in the game's early stages of development. This yearning and fun gameplay remains alive and well in the full release, though there are a few caveats, especially in the campaign mode, that are worth knowing about before jumping in. 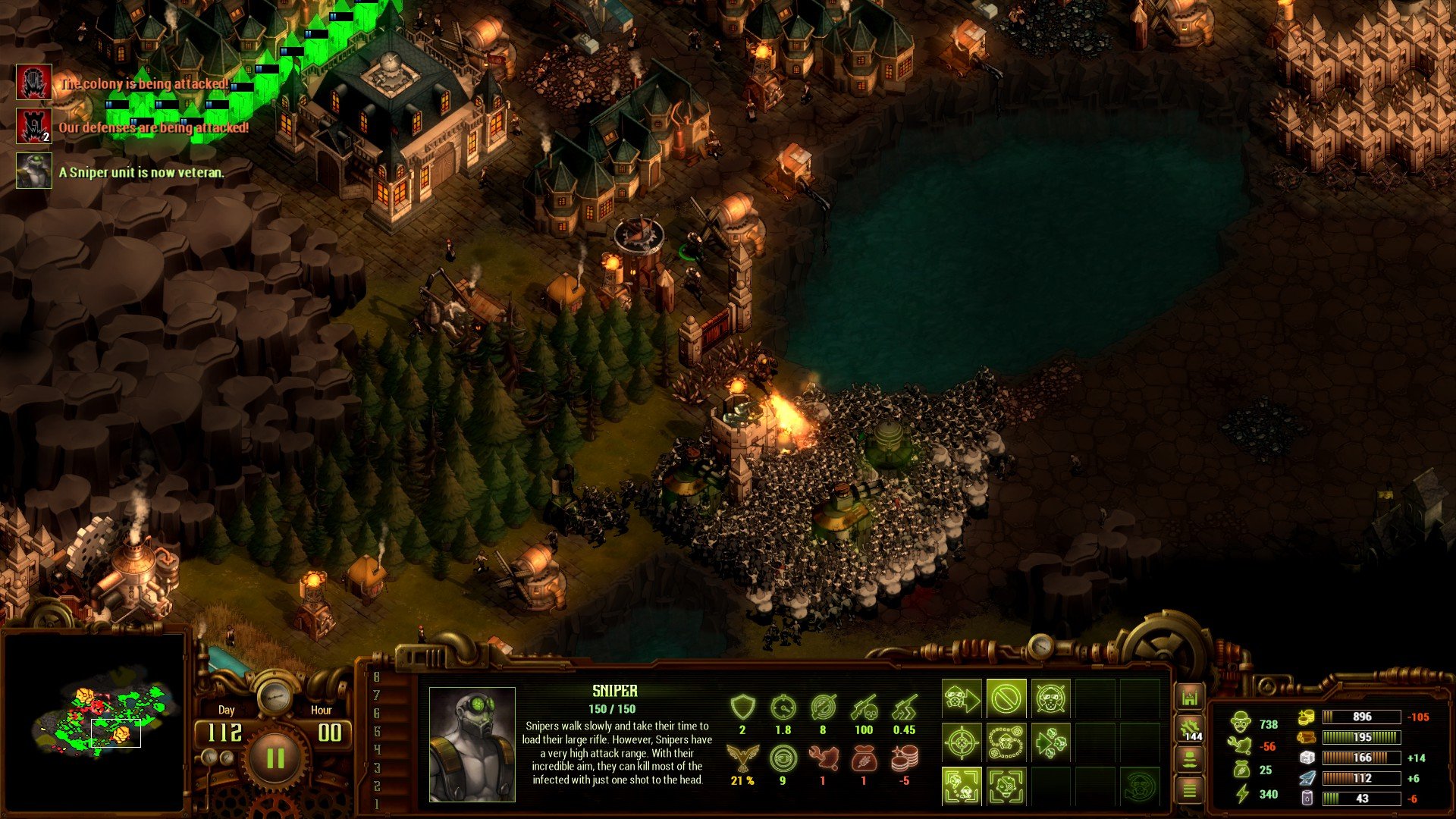 Perhaps the thing that drew me into They Are Billions first is how it harkens back to the RTS-golden age of the mid 90's. You plonk down buildings, gather resources, and build units one at a time before sending them out to explore the black fog of war that enshrouds most of the map at the beginning of any given mission or scenario. Even the voice lines spouted by units when you interact, or the announcement of a new building being completed by the omniscient narrator, trigger feelings of nostalgia.

However, the game is not merely a throwback. Rather than fighting some other faction, you are tasked with clearing out and fighting off hordes of zombies, or 'infected' as they are referred to here. In most campaign missions and the survival mode, you will be building up a colony and defending it against increasingly massive waves of the undead, while also clearing out the map of infected mobs and 'villages of doom,' groups of houses that have been overrun by the shambling masses. To stop the infected you can put up walls, spike traps, various attack turrets and of course build fighting units, ranging from archers to heavily armored machine-gun wielding titans.

What makes fighting the undead interesting are the high stakes for any given encounter and the varied behavior and types of enemies. If a single zombie makes it past your defenses into your base, it only has to smack a building a few times before both that building and its occupants also become infected. From there, the infection will spread across your base like chain lightning and will quickly become impossible to control, meaning you can seemingly have everything in order one minute and be facing certain defeat the next.

The least threatening zombies will shamble slowly around, making easy pickings for your archers or soldiers. However, more aggressive zombies will also be present on the map, and when aggravated will run quickly towards your forces, sometimes in sizeable groups. Eventually you will see bloated zombies that can soak up tons of damage and horrifying witch-like mutants who will climb over your walls if you don't kill them before they get there. Your only hope is to use natural choke points and the tools at your disposal to defend your colony.

The biggest challenge facing you in They Are Billions is that you will need an ever-increasing amount of space as your colony grows. At first you will just need a few houses, a sawmill for lumber, a quarry for rock and some hunter cabins or fishing huts for food. However, to advance and build up enough forces and defenses to survive later waves, you will need to drastically increase you population and research new technologies that let you build more advanced units. To do this, you will need space, and a lot of it at that. Every mission or scenario has a set amount of time, and you will always know when the next wave is coming. As such, you need to expand and build up your colony enough to repel the next wave, without over-extending. 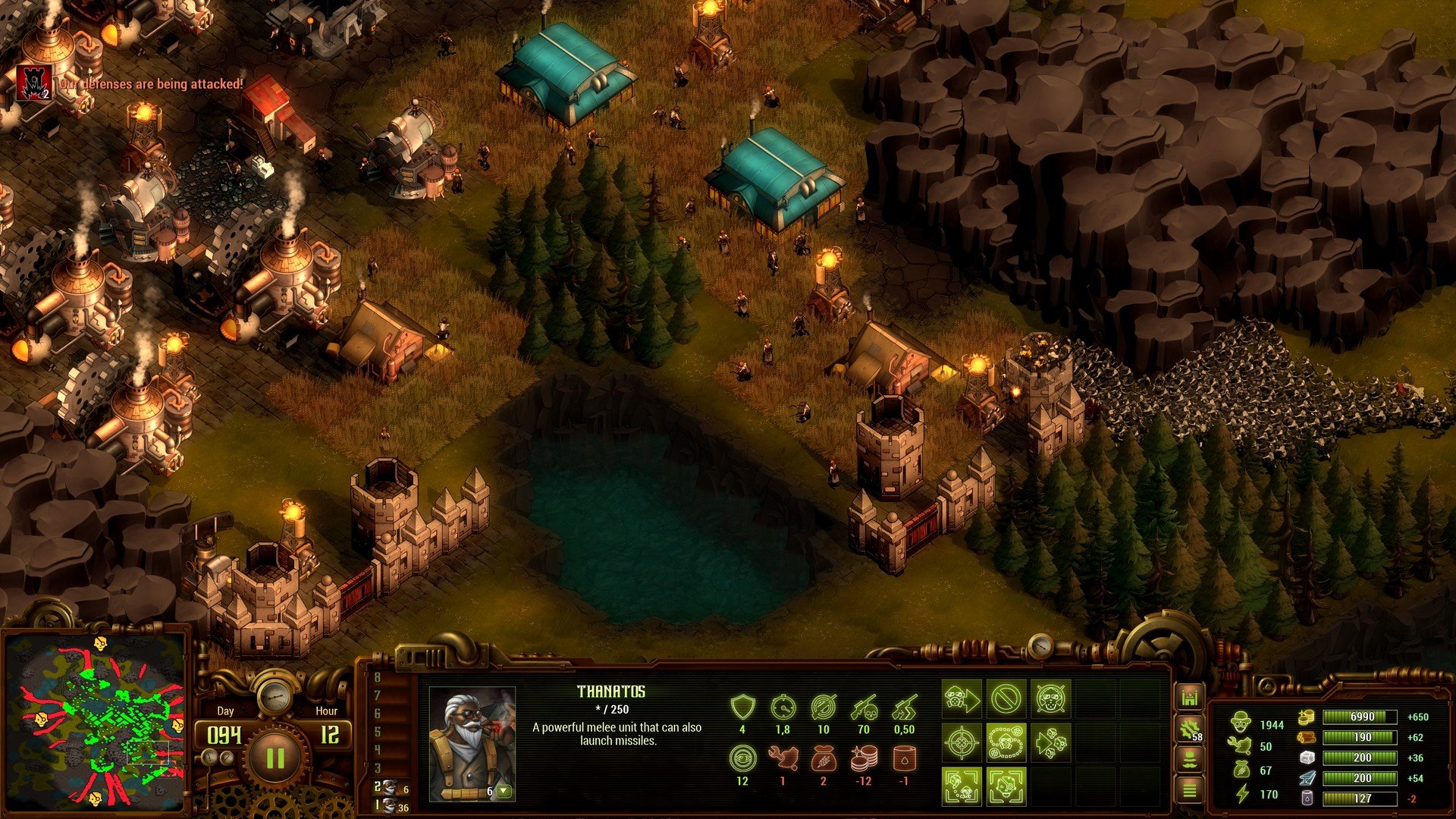 The learning curve in They Are Billions comes mainly from figuring out the right pace to expand at and the best approaches for defending. The game has almost no tutorial and instead relies on players to experiment and figure things out for themselves. Experimentation and failure does come at a cost, as no matter what mode you are playing, you cannot save and reload mid-mission. If your colony goes down, you have no choice but to start over, or in survival mode start fresh on a newly generated map.

This is a bold choice that works well in survival, but not so much in the campaign. In survival, knowing that every move you make is final increases the tension and really forces you to think about your approach to a given map. A single round of survival can last for several hours, and watching your colony fall to a massive horde can be devastating. However, failure means starting fresh on a new randomly generated map, with new terrain and resource locations. This makes it feel like you are having a unique experience every time.

In the campaign mode, once you progress far enough, missions can be almost as long as the survival scenarios, but failure means replaying the exact same mission from the start. The direction that each horde of zombies comes from is randomized, so things can play out slightly differently, but re-doing the early game stages especially can feel very tedious indeed as you only ever have limited starting options, so your approach will usually be the same at the start and there is no way to speed up time (though you can pause at any time and continue to build and give orders). It also just so happens that even on the default difficulty the missions are tough enough that you will often fail them on the first try, so you will be routinely losing over an hour of progress in the campaign mode. The default difficulty isn't necessarily that hard, but small mistakes are punished brutally.

At the start of the campaign, you are only given very basic units and structures to work with. As you complete missions, you gain research points to unlock better units, stronger walls and more advanced technology. The rate at which research points are handed out is quite slow however, and making the wrong choice about what you research can make some early missions quite a bit harder. There is no respec option in the technology tree, another aspect of the campaign that can feel a bit overly punishing, especially since most campaign missions require that you have a colony of a certain size and without putting some research points into improving food production early on this can make some missions very difficult. In the survival mode, all technology and units are available from the start so this mode side-steps the issue. 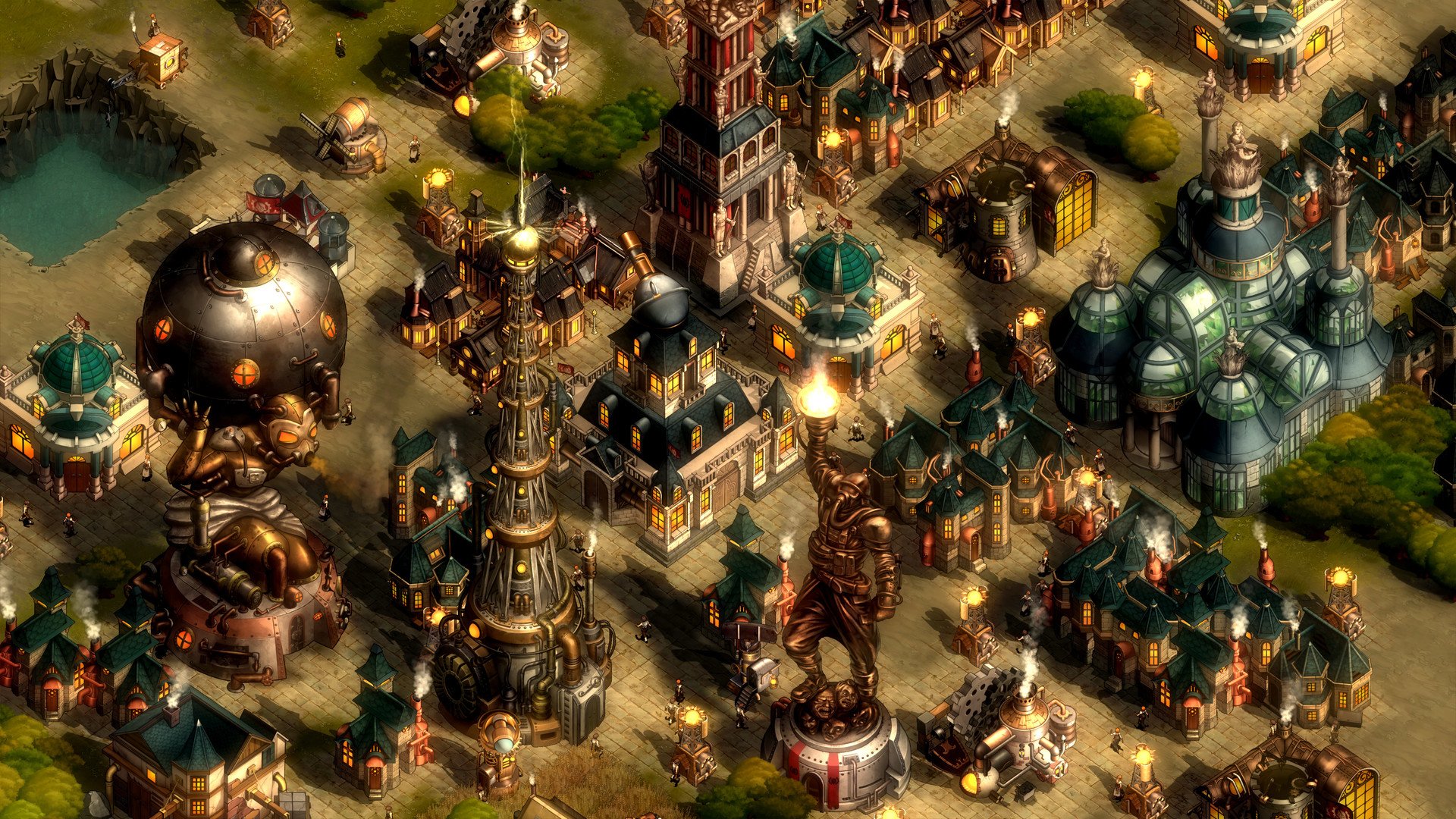 The other thing that can make the campaign feel like a slog at times are missions where you need to clear the entire map of infected, which involves chasing down every single last one, which can be especially irritating since the camera perspective can hide individual zombies behind trees or rocks. Fortunately, these missions are the exception, and in most cases where you are tasked with clearing the map all zombies will come rushing in on the last wave. There are some unique mission types to be found in the campaign as well, like tactical missions where you control a powerful hero unit while clearing out smaller areas and completing special objectives.

When progressing between main missions, you will also have to complete infected horde levels where you have a certain amount of resources to put up defenses to protect a small outpost building, after which you must face the incoming horde with what you've built. Both of these missions types are shorter than the standard colony missions and break them up nicely. The fact that you can seemingly always choose between multiple missions at any given time means you can switch between them instead of just trying the same one over and over.

The survival mode lacks the variety of objectives and mission types found in the campaign, but makes up for it by avoiding making you replay the same map and giving you full access to all structures, defenses and units. You simply specify the desired difficulty and game duration and launch onto a randomly generated map with the sole objective of building a colony and surviving all incoming waves of infected. Failure is devastating, but the prospect of starting fresh on a new map is far more appealing than restarting on the same exact level with all your progress wiped. The only wrinkle is that to unlock additional environments you must complete previously unlocked ones at increasingly high levels of difficulty, and things become tough enough that I expect most players won't be able to unlock the last couple of environments for survival mode.

They Are Billions has a drab, slightly cel-shaded visual style that works well with the game but isn't likely to wow you, with some environments looking nicer than others. The same can be said for the mostly low-key ambient music, though the sound effects and voice acting are satisfying and evocative of classic RTS games. The game does run quite well for the most part, even when there are massive hordes of infected on screen, though I did experience some minor hitching when the game auto-saves, and there are some bugs and glitches related to unit pathing where they might get stuck running against objects or other units. 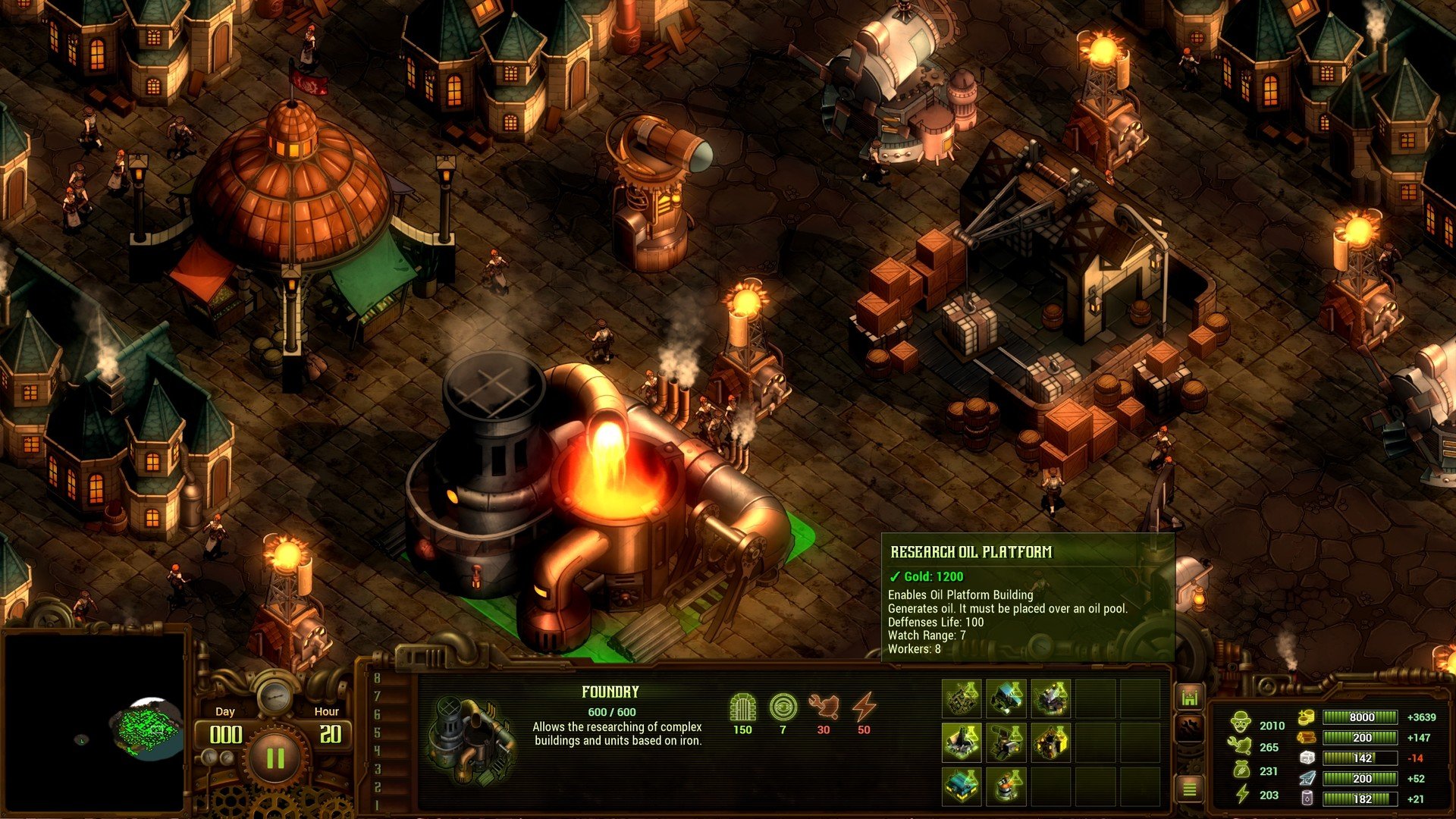 Once you get a handle on the basics, They Are Billions can suck you into its vortex of building defenses, planning expansions, and advancing your colony for hours at a time. It is a shame that some design choices result in the Singleplayer story campaign feeling like a bit of a slog at times even though it offers the most in terms of mission variety. The survival mode on the other hand is consistently fun and addicting, with failure leading to a fresh start on a new map and another chance to survive the horde. If the idea of a classic RTS game with a tower-defense twist sounds appealing, They Are Billions does a solid job of delivering on this premise.

Our ratings for They Are Billions on PC out of 100 (Ratings FAQ)
Presentation
70
Pleasant but slightly drab visuals and a unassuming but appropriate soundtrack, with voice acting and an aesthetic that harkens back to classic RTS games.
Gameplay
80
The mix of RTS base building and combat with tower defense mechanics proves to be a highly addicting combination, with a good amount of options for structures and units available.
Single Player
75
The lengthy campaign offers up good mission variety but can be a bit of a slog due to slow progression and a punishing save system. Survival mode side steps most of these issues and provides limitless replay value.
Multiplayer
NR
None
Performance
(Show PC Specs)
CPU: Intel i7-6700k @ 4.0ghz
GPU: Nvidia GTX 1080 8GB
RAM: 16GB DDR4
OS: Windows 10 Pro 64

80
The game runs well and loads quickly, though there can be some brief hitching when it auto-saves.
Overall
75
Establishing and expanding a colony while defending against increasingly difficult hordes of infected makes for a very engrossing experience in They Are Billions, though some questionable design choices make shambling through the lengthy Singleplayer campaign a bit of a slog at times. 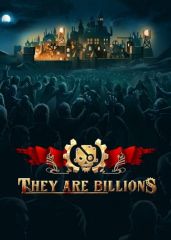