Brilliant firefights and a creepy, intriguing story make FEAR one of the best first person shooters on the market

Generally when you think of a horror game you picture grotesque monsters popping out of air vents, claustrophobic camera angles and ominous, rumbling music. While FEAR does not transcend the horror genre, it does improve on the norm by introducing some interesting elements, such as straight up fps combat with none of the clunky controls and limiting camera angles that so many other horror games rely on to create a sense of tension. While many of the scares in FEAR rely on shock horror, the story is genuinely creepy and very well crafted, and some of the threats you deal with in the game are fairly interesting, even unusual. 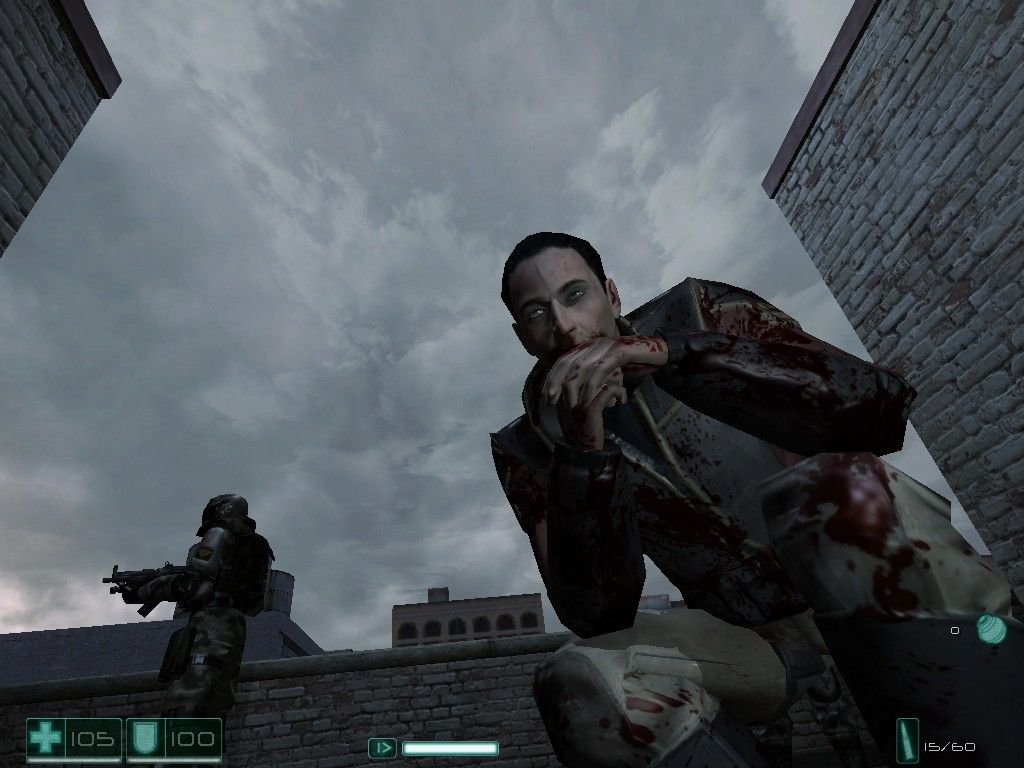 The plot of FEAR starts out innocently enough, with you being the latest recruit of the First Encounter Assault Recon (or F.E.A.R.) team, which deals with paranormal threats with force and firepower before forensic investigation. Major players in the story are mostly introduced early on, but you never really learn much about them until later on in the game, so there is an air of mystery surrounding many of the characters. While Alma, the creepy little girl who seems to be the main threat in the game, seems like she is straight from any recent Japanese horror film, she really is a threat to your team, and her role and various appearances throughout your adventure are the primary source of the games creepy atmosphere. Eventually you will begin to predict where she will show up, and this does a fair bit to affect the scares, but the games focus on combat means that regardless of how scary any level is, you will be having fun.
It just so happens that you, being the new recruit, have the fastest reflexes the FEAR team has ever seen, and this is represented through your ability to slow time at any given point in the game. The slow motion is a big part of the games combat, because you are almost always outnumbered and outgunned by incredibly intelligent enemies who move fast, find cover and flank you at any opportunity. You can only use your slow motion ability for short periods of time, but you will need it to get through the tougher firefights. The reason for this is that while in most shooters the A.I’s priority is to kill you, in FEAR it seems that the A.I. wants to exercise self-preservation, which makes killing them a lot harder in many situations. If they are out in the open getting shot at by you, they will run away, dive behind cover, turn over tables, and communicate with each other in order to make sure they stay alive and your location is known. This A.I. gives the firefights an incredibly dynamic feel, even though the number of enemy types is relatively limited.
123Next 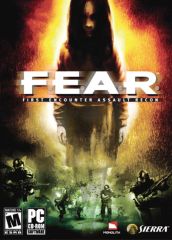 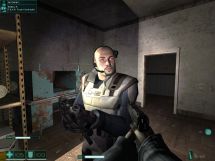