Bloodstained: Ritual of the Night Review

A solid metroidvania with some significant shortcomings

The public perception of Kickstarter-funded spiritual successors to once-popular video game franchises has drastically changed in the four years since Koji Igarashi took to the platform to fund his Symphony of the Night tribute project. Mighty No. 9 has since released to nearly universal disdain despite having Keiji Inafune himself spearheading the development, and the folks at Playtonic Games released their own Banjo-Kazooie successor which was far from a complete disaster, but Yooka-Laylee's overall lukewarm reception hasn't assuaged the fears of fans hoping that Kickstarter would provide big studio deserters an avenue to make the sequels and follow-ups they always wanted to. Bloodstained: Ritual of the Night doesn't completely quell those fears, either. Its characteristic lack of polish and propensity for instability are indicative of its crowdfunded nature, but it's still competent enough to provide expectant fans and older-school metroidvania enthusiasts with a good helping of enjoyable and suitably authentic entertainment. 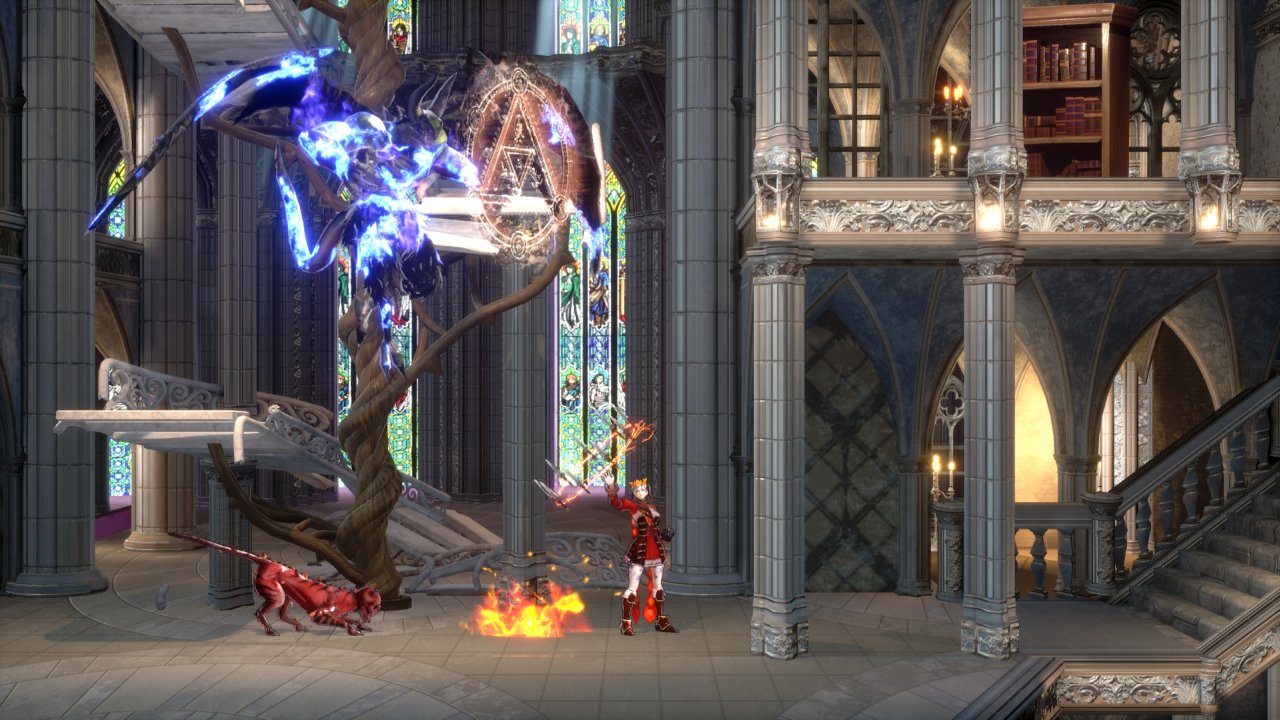 Ritual of the Night's greatest strength is how much it feels the part. It's a by-the-numbers side-scrolling metroidvania that wears its inspiration on its sleeve with a wide variety of animations and enemies ripped straight from its Symphony of the Night source material. The game's map is identically color-coded, your movement abilities are largely the same (trademark backwards dash included), and frequent backtracking through a mazelike map is still frequently required. It's a recipe that worked well in Symphony of the Night over 20 years ago, and it still works today. These systems do show their age – especially when considering the innumerable indie games that have reworked the typical metroidvania trappings to great effect – but this more antiquated structure ends up being surprisingly endearing given how much the genre has evolved since.

Ritual of the Night also plays very similarly to its spiritual predecessor, and substantially benefits as a result. Movement is slow and methodical, but it gives the game a belabored pace that emphasizes carefully calculated movements over mindless speed. Enemies clearly telegraph every attack and give you plenty of time to react, so avoiding adversarial strikes before retaliating with your own is almost always possible given enough caution and attention. The limited amount of healing resources makes longer explorative ventures into uncharted territories become cathartically tense, as your health pool wanes and the time since your last save grows. The combat also feels great – it's satisfyingly swift, and there are plenty of weapon types (both melee and ranged) to toy with that each have their own distinct attack patterns, reach, and animations that keep the demon slaying delightful.

The story in Ritual of the Night isn't enthralling and doesn't give you much to get invested in, but it also doesn't bog itself down in self-seriousness. You play as Miriam – an orphan who was experimented upon with crystals that contain demonic powers. You're on a journey through Demon Castle to break the crystal curse and to confront Gebel – another experimental subject who has begun summoning demons himself. The cast is kept small and the plot is kept unobtrusive to maintain the focus on the gameplay which is very welcome. The narrative does its job by giving the main character adequate motivation and setting up climactic fights with troubled antagonists. It's nothing to write home about, but it's inoffensive and unobtrusive in its implementation. 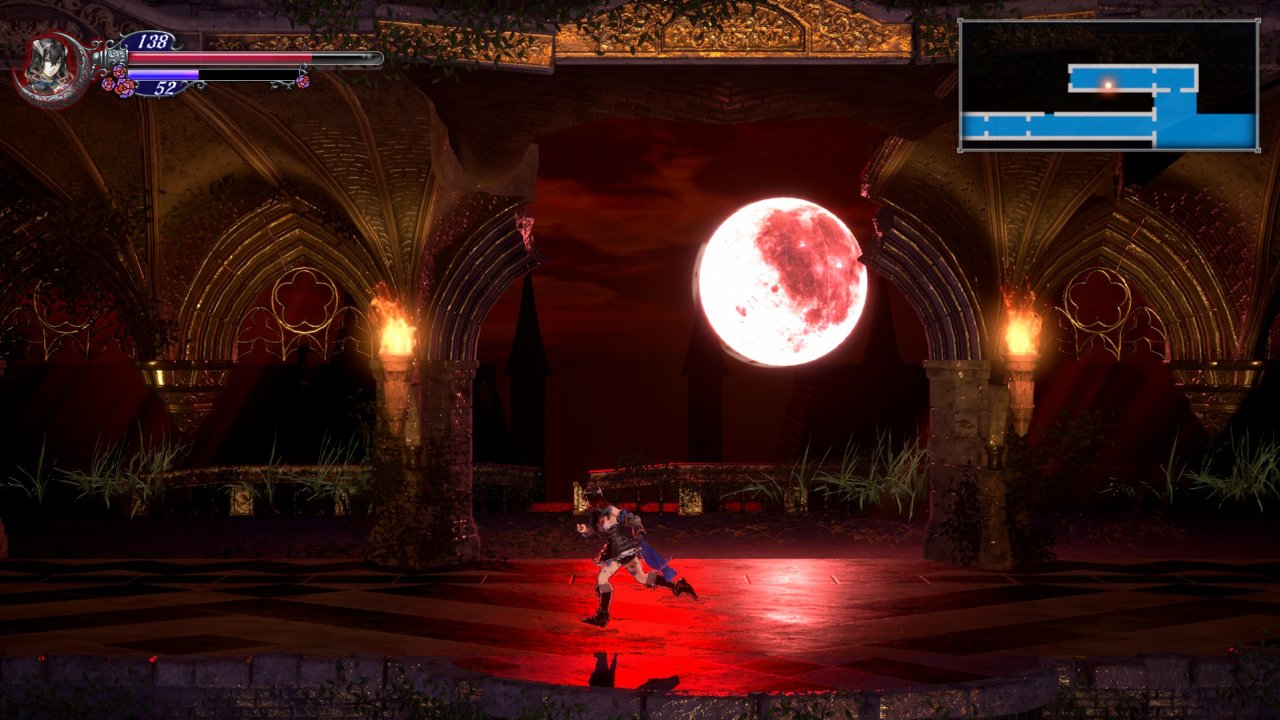 There are some new elements and systems integrated into the gameplay too, but they don't quite fit in. Abilities are back and use up consumable MP, but they take the form of crystals that randomly drop from monsters. These ability crystals can also be crafted from materials – it's a limited but simple crafting system that doesn't get it the way all that much. What does get in the way are the craftable weapons, armor, accessories, and food recipes that are also vying for attention. It's not always obvious whether the shiny new thing a monster just dropped is a useful recovery item or another mostly useless crafting material, which saps at the excitement that comes out of procuring loot. All these nebulous crafting systems only serve to add artificial depth and muddle the progression in something that should've been kept simple. The crafting as a whole feels like a cobbled-together system solely implemented to cross off a Kickstarter promise.

While most of the game's areas are the typical long hallways and vertical climbs characteristic of the genre, it also throws in a few spiral-oriented 2.5D sections that are dismally dysfunctional on so many levels. These rotating areas usually have you walking up or down a circular staircase – a neat idea that pays homage to similarly structured levels from Castlevania games past – but they don't work right here. To begin with, the movement of the camera around these spiral pillars is dizzying and disorienting. All the circular movement is jarring given that most of the game's locations are static two-dimensional locales. To make matters worse, these cylindrical areas also seem to be the least technically stable. Hit detection doesn't work right thanks to the three-dimensional orientation which renders many enemy drops completely unobtainable, the framerate slows to a crawl, and we've even fallen through the floor in these sections. There are a couple of boss fights on these spiral staircases which are nearly intolerable as not only are they the worst of the bunch, but the framerate also struggles to keep up with them. It doesn't do a title that's already lacking polish any favors.

The fact that Ritual of the Night is a Kickstarter-funded project wouldn't be such a big deal if it wasn't so full of distracting reminders of its origin. There are portrait enemies everywhere painted with goofy pictures of what appear to be fans that shelled out the cash to get their likenesses immortalized as in-game enemies. While you can do your best to ignore the awkward photos, what can't be ignored are all the graphical bugs, crashes, hitches, and glitches that occur far too often. We experienced three hard crashes throughout our playthrough (two of which eradicated over an hour of progress), and that instability pervades throughout several facets of Ritual of the Night. Breaking certain lamps would cause the screen to flicker black, brief unannounced freezes occurred all too often, and the cinematic camera would sometimes inadvertently expose the game's skeletal behind-the-scenes geometry. Throw in awkward cutscene pacing and the uncanny absence of sound effects during cinematics, and you've got a recipe for many furrowed eyebrows. 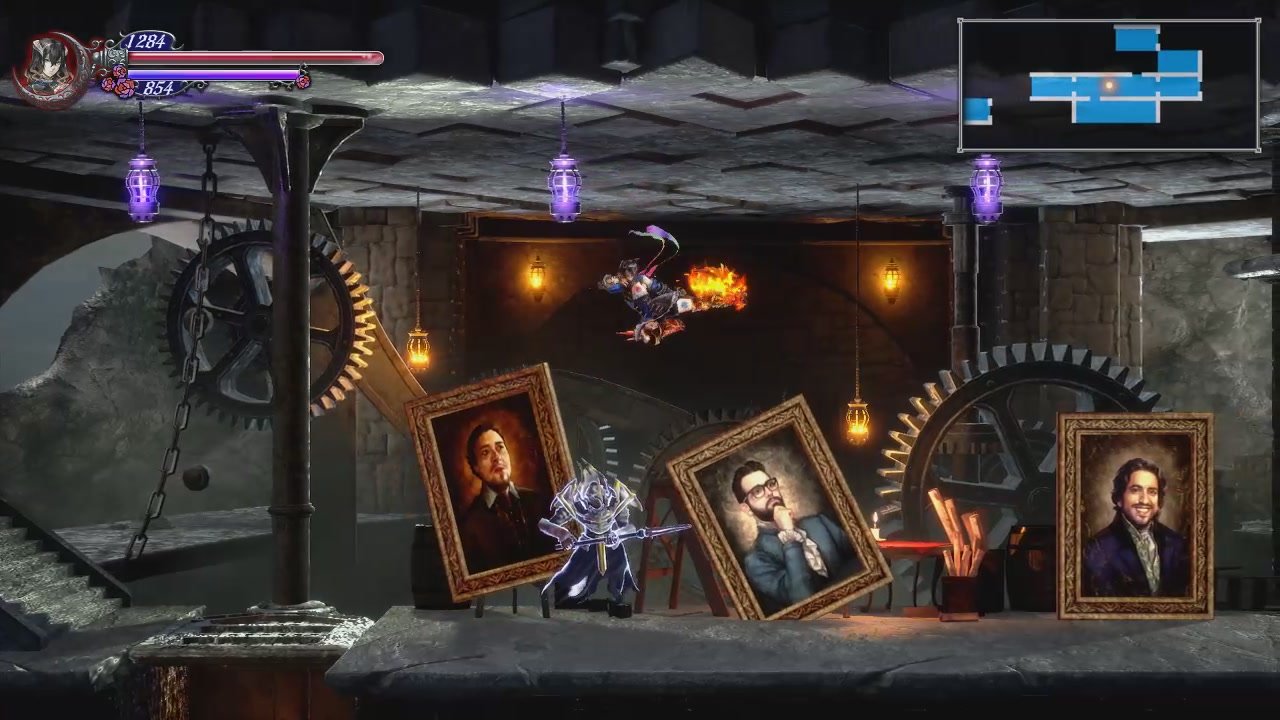 The roughness around the edges can be a tough pill to swallow, but the game's music and visuals are much higher quality. The art style underwent a significant overhaul prior to launch thanks to backer feedback, and its pseudo-cell shaded style is good on the eyes. Many of the levels' multilayered backgrounds are strikingly picturesque, and the gothic color choice adequately captures the right tone and mood. The same can be said of the music, which was primarily composed by Michiru Yamane who is clearly a master of her craft. Sweeping strings and melancholic melodies occur throughout a soundtrack that's brimming with variety.

As far as overfunded Kickstarter projects go, Ritual of the Night could've turned out so much worse. When you've got Mighty No. 9 as a direct analogue for comparison, all that's required is something competent that pays fans some lip-service – and that's exactly what Ritual of the Night does. On the other hand, it also built itself up as the spiritual successor to Symphony of the Night which is a very high bar to set for yourself. It goes without saying that Ritual will live in the shadow of its Castlevania source material, but the incessant technical issues keep it from coming anywhere close to surmounting the expectations the developers levied upon themselves. What we're left with after these four years of waiting is a game that's meant first and foremost for fans, but it won't appeal to any but the most metroidvania-craved enthusiasts due to its instability and lack of polish. The future of Kickstarter-funded spiritual successors remains tumultuous and uncertain.

Our ratings for Bloodstained: Ritual of the Night on PlayStation 4 out of 100 (Ratings FAQ)
Presentation
85
An attractive art style makes for breathtakingly beautiful backgrounds, and it has a nice pseudo-cell shaded look. The soundtrack is fantastic.
Gameplay
70
The methodical pace of combat, the acquisition of abilities, and the exploration are all entertaining and authentic to its inspiration. However, the crafting mechanics were a needless addition.
Single Player
65
The story doesn't have the instantly recognizable Gothic horror icons, but it knows it and stays in the background. There's a decent amount of side material and extraneous exploring to do which provides some longevity after an eight-hour playthrough has finished.
Multiplayer
NR
None
Performance
50
The opening moments are stable and smooth, but that doesn't last for long. The framerate is abhorrently inconsistent, crashes are common, there are glitches galore, and hit detection will sometimes stop working altogether.
Overall
65
While it's crammed full of fan-service alongside good core combat and exploration, Ritual of the Night's technical instability and some discomforting design decisions keep it from rivaling its influences. It was clearly made for the fans, so those without an already-established fondness may find it hard to enjoy. 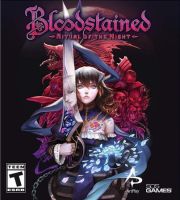