We get a deep dive into the upcoming predator game

The fine people at Tripwire Interactive kind of cringed when they said the words “SharkPG”, an obvious play on the terms “RPG” blended with the protagonist of their latest game, Maneater. If the name Tripwire Interactive sounds familiar that’s because they’re best known for their shooter franchises like Rising Storm and specifically Killing Floor. So when Maneater, a game where you play as a shark climbing the rungs of the food chain to be the apex predator, was shown off during E3 2019, it kind of fit with that bloody, over-the-top style. The kind of thing one would expect from a publisher and studio that had spent years animating exploding head and slathering players in buckets of blood. 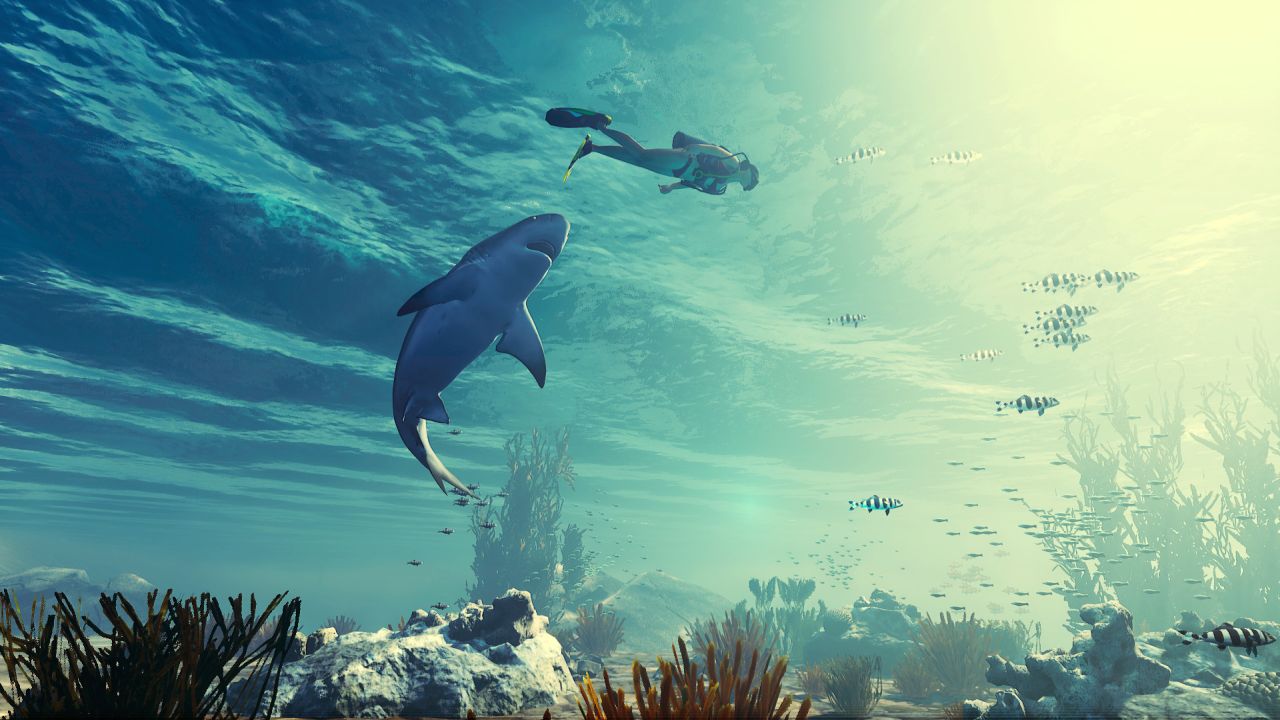 We had a chance to see the pre-alpha version of Maneater. The demo started off with the shark scouring the bay of a large city, looking for resources to beef itself up. One of the best things right off the bat about Maneater is that it features the voice of Chris Parnell. The game is based around the trappings of a Reality TV show, tracking sharks and those who hunt them. Parnell does the narration of the show and his smooth, smarmy voice is the kind of tone one would want for a goofy game of this sort.

There are a few different resources to collect for your shark. They include proteins, fats, minerals, and rare mutagenics - which will help turn you from the average underwater beast to a Jaws-like mega-shark.

I had some concerns about how mobile the shark would be, but was impressed with what Tripwire showed off. The shark can boost itself, knifing above the water to get over barricades or ram through them if it gets enough of a boost. Tripwire also showed off how the shark could flop itself onto beaches or boats and shimmy its way toward prey that was hard to get to. There are a lot of ways this shark can get what it wants.

There’s a whole underwater ecosystem that was shown off and when Tripwire says open-world, they really mean it. There are multiple areas of the map we were shown, and each one was a different kind of body of water. From lakes, to the ocean, to the bayou, and so on. There’s an impressive amount of variety. And each other those areas has different kinds of fish, people, and environment for you to explore. Not only do they have resources for you to munch on, but each area also has its own apex predator that you’ll have to conquer. The one we saw was an enormous alligator lingering in a sewer pipe, daring the shark to get closer. 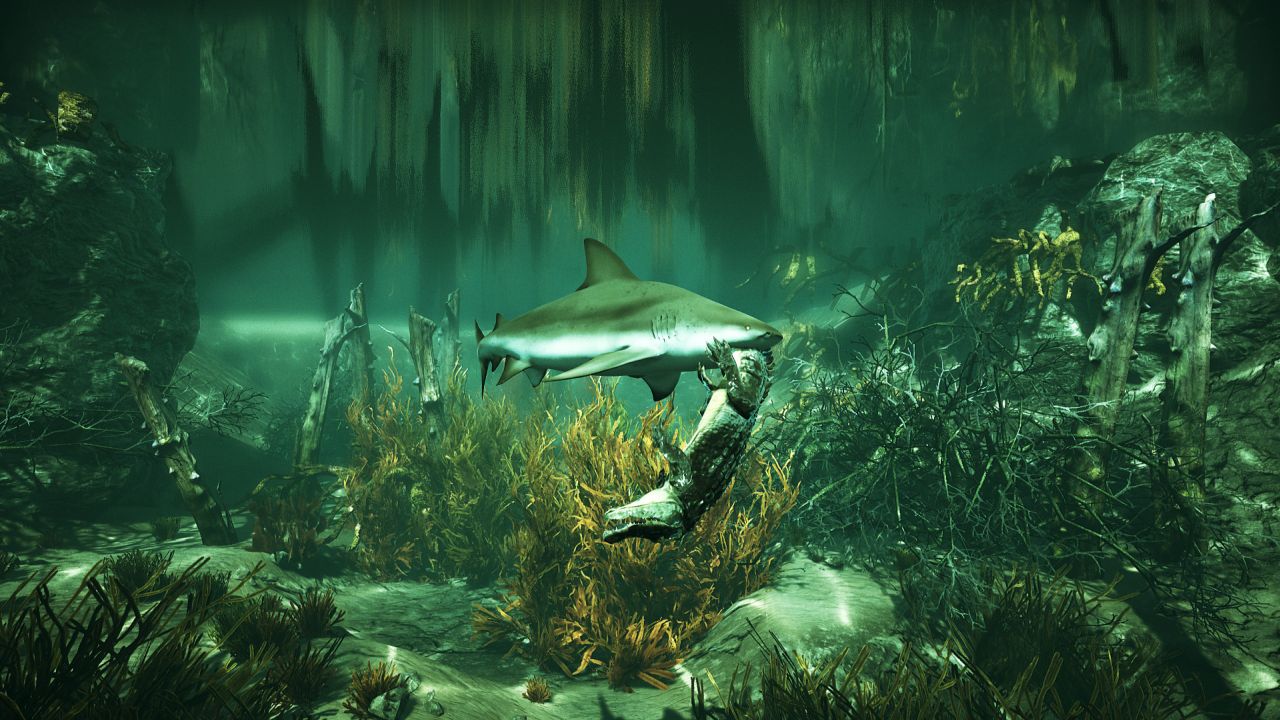 Each area has its own objectives to complete. This is probably where Maneater lost me. When I think RPG, I usually think of some sort of structure with quests and missions, but I didn’t see a ton of structure to the game. So it’s a little difficult for me to imagine what the progression really looks like beyond farming the same fish over and over again. Hopefully, this will become clearer as the game moves toward launch.

One thing I did see was the ways the shark can terrorize people. Tripwire got their shark up on a beach and started chomping away at the locals who were trying to enjoy an off day in the sun. The human AI is very sluggish and people weren’t in a hurry to get away from the shark that tore them apart, piece by piece.

After doing enough of this, soon there was a bounty placed on the shark and the hunters came out in their boats, attempting to kill it. This feels very much like the wanted system in games like Grand Theft Auto. There’s a bit of character-based progression here that’s pretty great. When a hunter comes you can lay low until your bounty expires, or you can fight the hunter. If you kill the hunter, another will take their place, but each hunter has their own character fleshed out with personality and backstory. It is a little reminiscent of Middle-earth: Shadow of War, with the orc commanders each having their own personality. 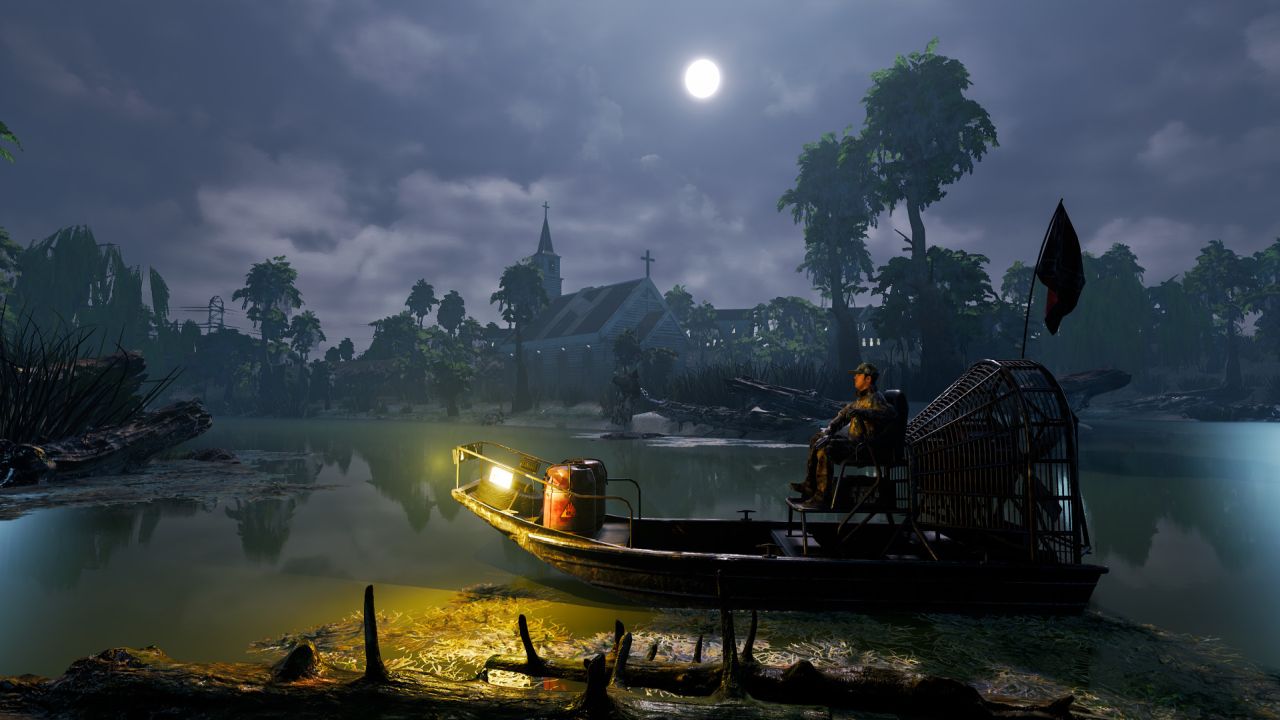 Maneater looks like a fun and goofy game. I appreciate Tripwire’s approach to taking their brand of gory, silly fun and marrying it a concept that is rather unique. Still, I’m waiting to get a better sense of the over-arching flow of the game, and what will keep Maneater from being a game I goof off with for a few hours before setting down and forgetting all about it. Maneater is planned to release on the Epic Game Store for PC in 2020.

All videos for Maneater (3)
Advertisement ▼